Fear? UFC champion Adesanya has ‘never heard of it’

“I like to stay primal, starved. I’ll have like one strawberry and I’m good. I won’t eat for like six hours before the fight. Stay hungry,” the UFC middleweight champion said.

That’s all well and good, until featherweight champion Alex Volkanovski leans over to tell Adesanya the question was whether he felt any fear before a fight, not whether he had a feed before a fight.

Listen to Adesanya speak and you could be convinced he hasn’t.

That’s why, when the octagon door closes on Adesanya [22-1] and Jared Cannonier [15-5] ahead of their UFC middleweight championship bout in the main event of UFC 276 in Las Vegas on Sunday [AEDT], “it’s just cold by that point”. 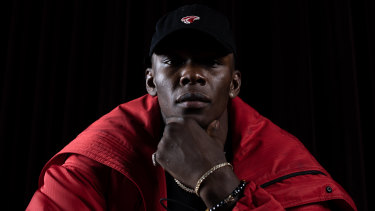 “From the first weigh-ins and even the ceremonial weigh-ins, I start to get more cold. I’m going to war, or an assassination.

“By that point, when I’m walking out, it’s almost like a lucid dream. The dance or whatever else I do, I do it sometimes just because you could do whatever in a dream. It’s just a way to break the fourth wall for myself in this game of life we’re playing.” 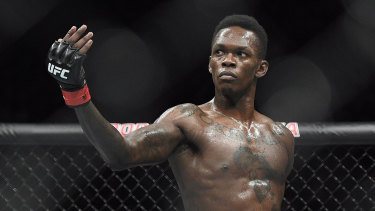 Israel Adesanya has vanquished every challenger at middleweight.Credit:AP

Adesanya is one of mixed martial arts’ most fascinating characters.

The fact the man dubbed The Last Stylebender draws on anime for inspiration in the octagon almost makes him a walking contradiction. The Nigerian-born New Zealander adorned by expensive jewellery is the best middleweight on the planet.

Most Australian fans love him, even if he did dethrone Rob Whittaker to claim the belt in 2019. Whittaker wants another shot, but Adesanya says: “I know how that book ends. I’ve read that book twice already”.

So with perhaps his toughest challenger stuck in title purgatory, what motivates Adesanya?

“I’m in the history books, I’ve done what I set out to do when I was young, when I first got in this game,” Adesanya said.

“Why am I still hungry? I’ve said this from the get-go, f–k the belt. It just looks nice, it makes more money. For me, it’s about the scraps. It’s about the people you take out. It’s about fighting everyone no one wants to fight.

“I’m human. I wake up some days five weeks into camp and this might be sore, that might be sore, but I get up. Why? Because I know Jared is training his arse off and he is trying to get me.

“What motivates me is perfecting my craft. I might never reach perfection. For me, it’s about the craft, it’s about martial arts, it’s about putting on highlight reel knockouts and submissions.”