ENGLAND'S World Cup qualifier in Andorra is in doubt after the stadium caught fire on Friday afternoon.

The blaze is believed to have started when sparks from welders constructing a gantry for TV coverage led to the whole structure being engulfed in flames. 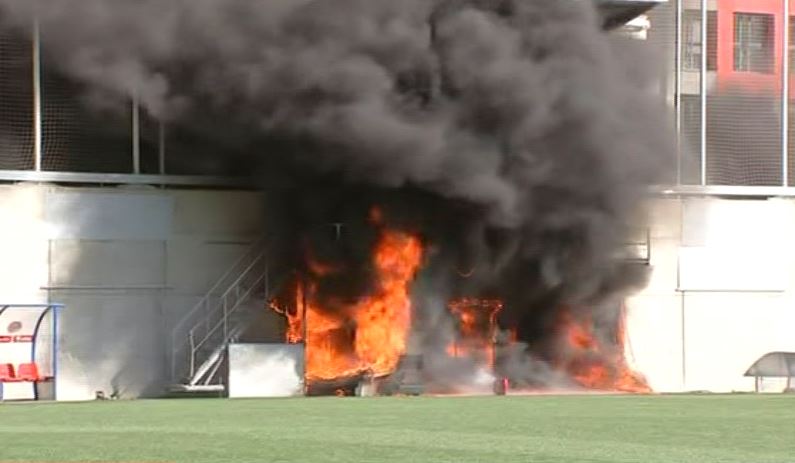 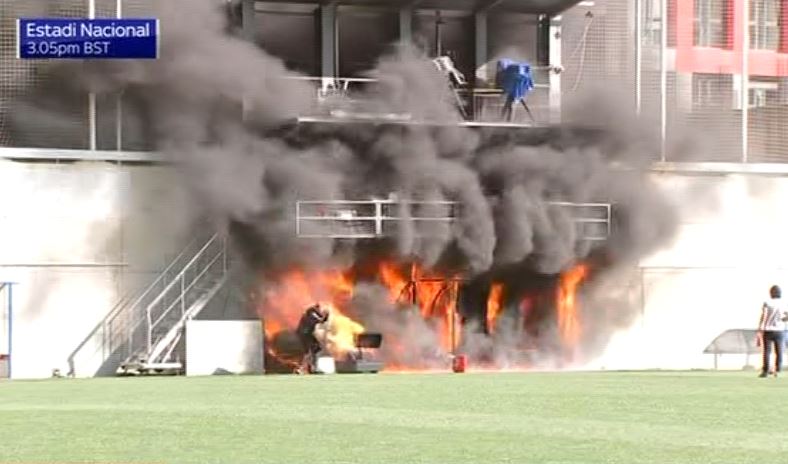 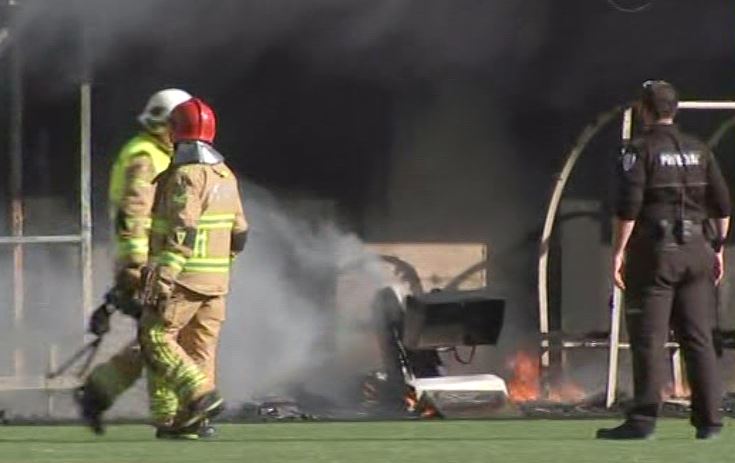 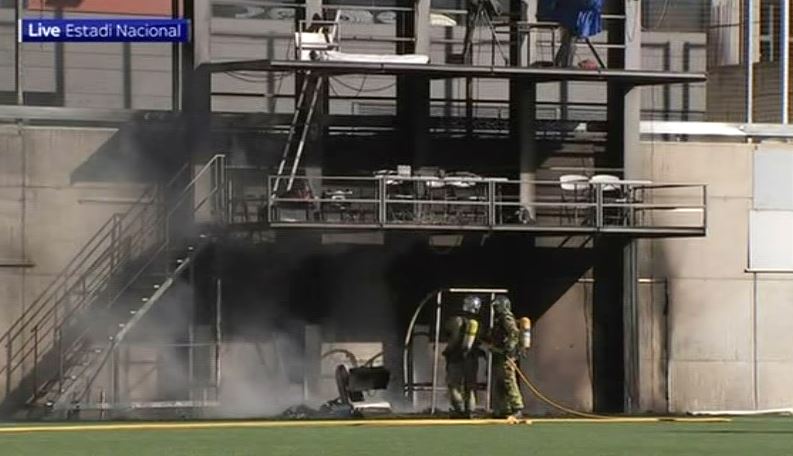 The fire spread to a dugout, the artificial turf at the side of the pitch and even a little way on to the playing surface itself.

Clouds of dark smoke billowed into the air and surrounded a block of flats overlooking the 3,000-seater stadium.

Firefighters soon arrived and extinguished the fire by 16:17 local time.

Tomorrow night's game will be able to go ahead BUT only after officials assess the damage and the risk to players and fans.

The dugout engulfed in the flames has been completed melted away.

The blaze happened just hours after England trained on the pitch and shortly after Gareth Southgate and Kieran Trippier completed their media duties.

Sky Sports presenter Rob Dorsett, standing on the other side of the pitch, was giving a live update on England's plans when the fire started.

It's unclear if anyone has been injured at this time.