FERRARI fans are in a spin after the they launched their challenger for 2021 – which features a splash of green.

The Italian F1 team is synonymous with the colour red. 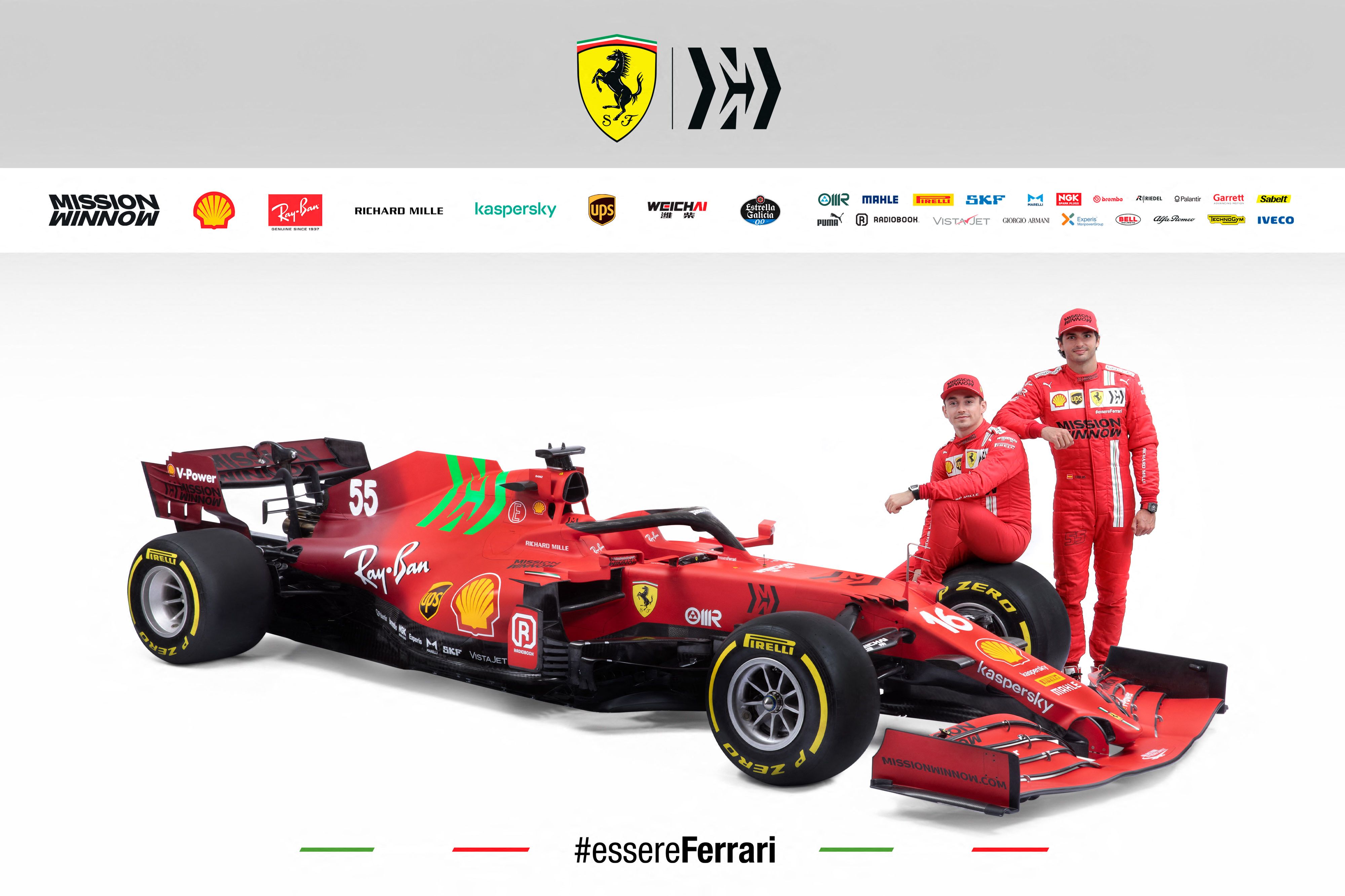 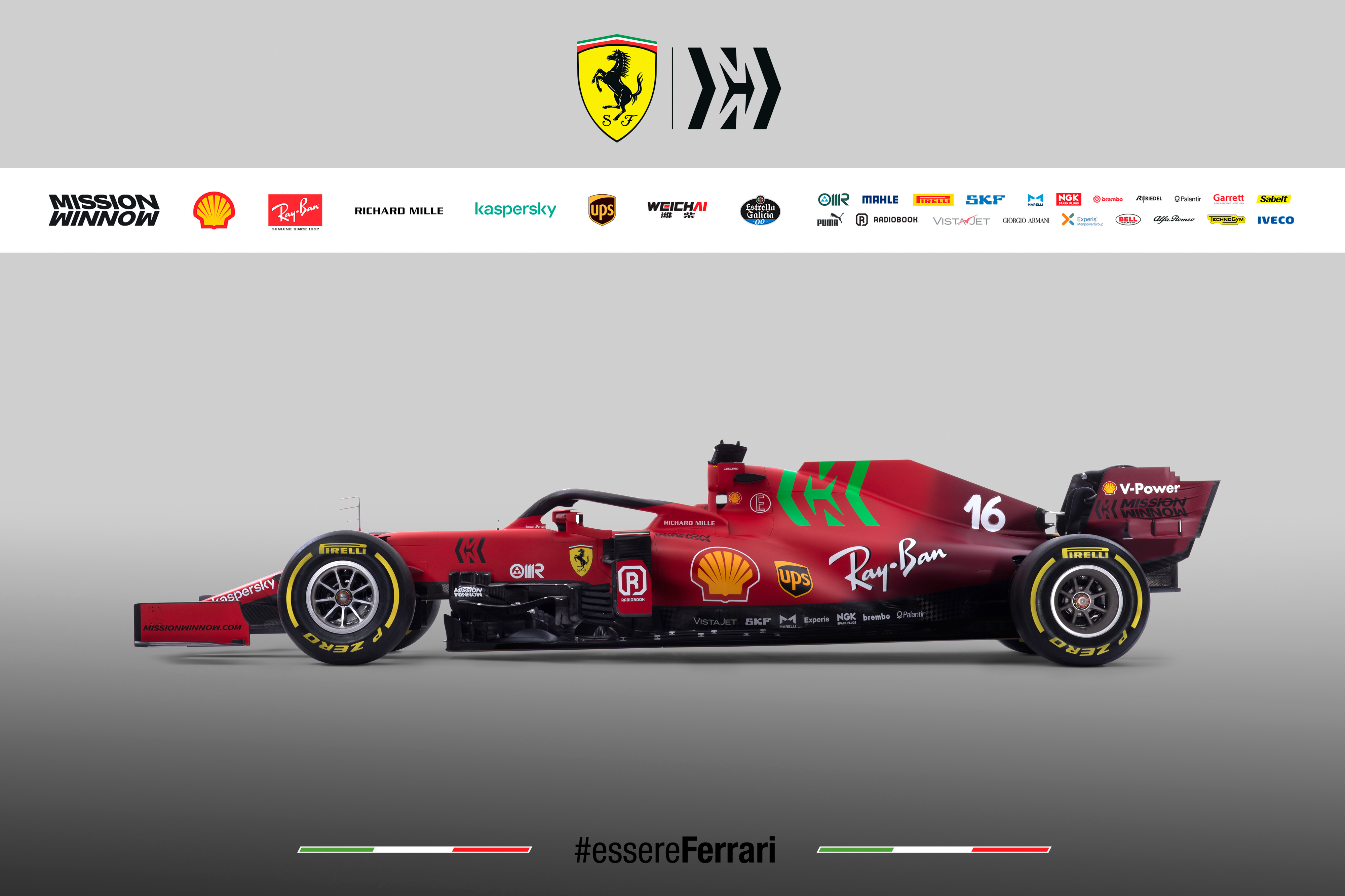 But this season contains a green logo on the engine cover belonging to that of sponsors Mission Winnow, which is owned by tobacco giant Philip Morris International.

Philip Morris, who's major brand, Marlboro cigarettes, used to feature so heavily on the Ferrari and McLaren cars when tobacco advertising was legal.

And fans are not happy with the new colour scheme that goes from red to burgundy at the rear, with green on the top, with some likening it to a red chilli pepper.

One fan Tweeted: "Ferrari have made it! And by it I mean the ugliest car on the grid.

"I don't know what is worse: the green logo or the burgundy rear."

Another wrote: "You have got to give it to Ferrari! They really know how to let down the fans."

Despite their estimated £400million budget last season, Ferrari plunged to sixth in the constructors' championship in 2020.

It was the worst result in four decades, amid season-long issues with its car while Sebastian Vettel was also given the boot.

The car has weak aerodynamics and was limp due to an engine rules change following a controversial FIA investigation.

The details of that report were hushed up and kept private between the team and the FIA – much to the frustration of their rivals.

But team boss Mattia Binotto is hopeful that the winter redesign will improve the team's performance along with a fresh driver pairing of Carlos Sainz and Charles Leclerc.

He said: "This car was born out of last year's car due to the new regulations so it was partially frozen, but we tried to improve it in all of its areas, wherever it was possible.

"The aerodynamics was revised, and it has a completely new power unit.

"Its livery has also changed, the posterior is a burgundy colour similar to the very first Ferrari racing car, the 125S.

"It's the same colour we used last year at Mugello to celebrate our 1000th Grand Prix. This year is going to be full of challenges."

It is the team's youngest driver line-up since 1968 as Sainz 26, and Leclerc 23, get to grips with their new motor at three days of testing in Bahrain starting on Friday.

"Carlos has spent a lot of time in the factory and has integrated with the team very quickly.

"As for Charles, he is already perfectly at home with the team: he knows what he wants and is also very aware of the role he has in the team, both in and out of the car.

"Over the winter, we have witnessed the two guys getting on very well together and this can only be a good thing for the whole team."

Meanwhile, Aston Martin launched their car for 2021 earlier this month with a little help from James Bond star Daniel Craig and Gemma Arterton.

And Williams were forced to delay their virtual car unveiling after their app was hacked.

Elsewhere, Haas were criticised after showing off their new 'Russian flag' livery.