HEARTS groundstaff got a shock last night as Fiorentina's Serie A superstars left the away dressing room at Tynecastle in a state. 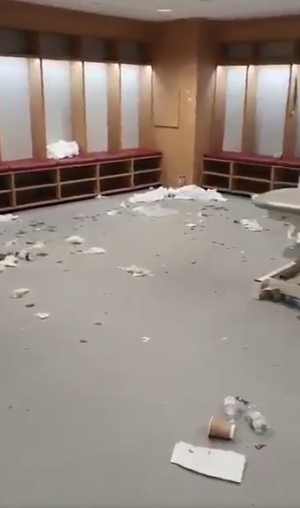 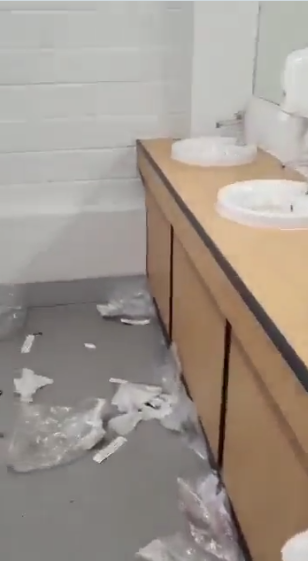 Jambos fans felt it lacked class with one sharing the video on Twitter.

The two sides are set to meet up again in Italy next week.

He wrote: "This was the state of the away dressing room after the game last night … stay classy Fiorentina.”

While the ethics of such matters are unclear, in rugby the New Zealand All Blacks always make it a ritual to 'sweep the sheds' after a game.

Former fly-half Andrew Mehrtens said: "It's an example of personal discipline, it's not expecting somebody else to do your job for you.

"It teaches you not to expect things to be handed to you.

"If you have personal discipline in your life, then you are going to be more disciplined on the field."

Fiorentina put the Jambos to the sword with a 3-0 win at Tynecastle.

Most read in Europa League

On the field, Hearts boss Robbie Neilson admitted Fiorentina taught Hearts a lesson as schoolboy errors cost them at Tynecastle.

Christian Koaume and Luka Jovic were also on target as they won 3-0, while Lewis Neilson was sent off for the Jambos.

And while Neilson agreed the Serie A side were good he felt the goals his side lost were all avoidable.

He said: “I’m disappointed with the result. I think this is a huge learning curve, playing against a very good Fiorentina team.

“The disappointing thing for me was the goals we conceded, for all the possession they had in good areas, the goals were poor.

“When you play against a level of opposition like Fiorentina, that was the first time a few of the players have played at that level.

“I thought there were areas of the park where we did well and contained them. But if you stop and if you switch off for even half a second you lose goals.