Home » Sport » Footballers who met their idols when they were kids, from Kane’s encounter with Beckham to Neymar with Ronaldo – The Sun

Footballers who met their idols when they were kids, from Kane’s encounter with Beckham to Neymar with Ronaldo – The Sun

THEY were young lads who wanted to be just like their heroes too.

Before they made it, these footballers just wanted to emulate the players they watched on the TV and pretended to be in the school playground. 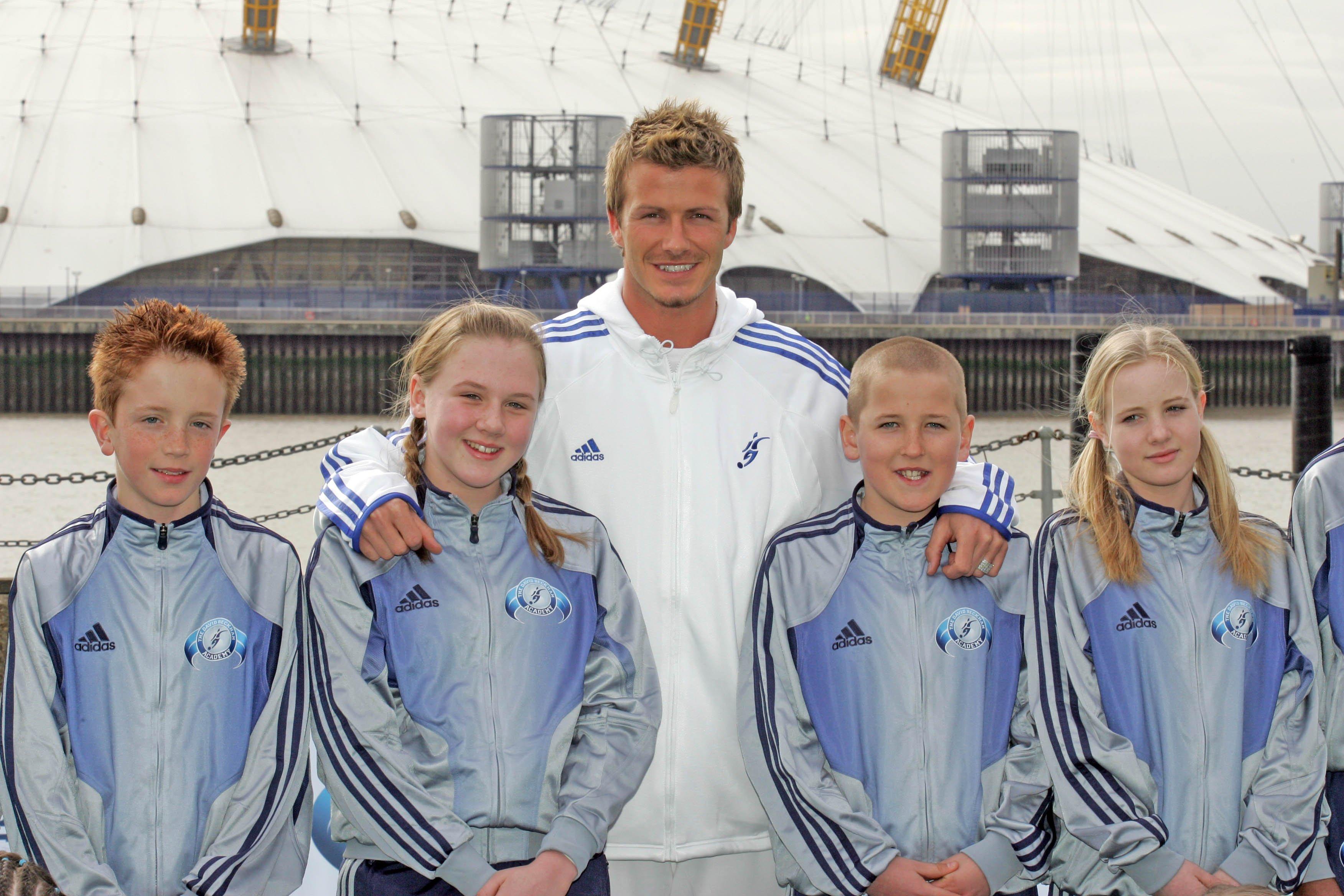 So it's no wonder the moment they were sidled up to their favourite player they asked for a snap as a keepsake.

SunSport has rounded up the best footballers as kids coyly posing next to their idols.

See Danny Welbeck looking in awe of United hero Rio Ferdinand, Kane embarrassed to be the next to David Beckham, while Jesse Lingard has his hair ruffled by Cristiano Ronaldo! 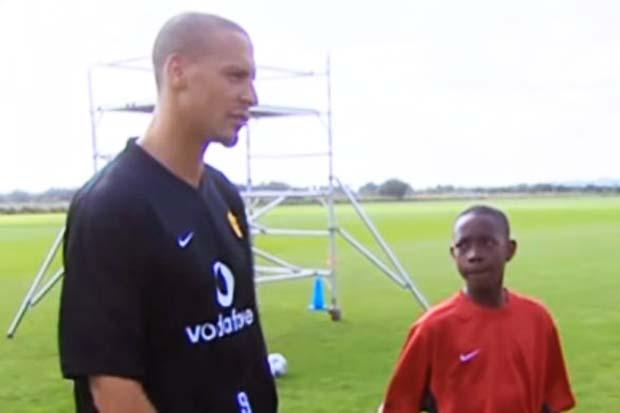 When Danny was a promising youth player at Man United, the starlet hoped he could emulate hero Rio and play in the first team.

The former England centre half was always there on the training ground giving youngsters advice, Danny once revealed.

And this image was taken in 2003 when the ex-Arsenal forward was just 12-years-old. 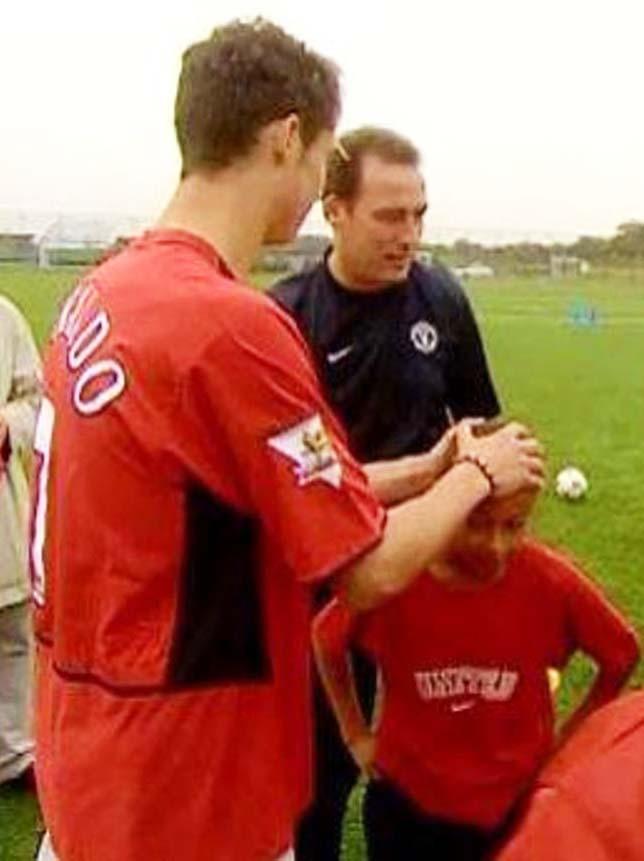 When Ronaldo signed for United in 2003, Jesse was part of the famed Red Devils youth set-up.

The Portuguese forward paid a visit to the training ground to rub shoulders with the kids and he found Jesse there.

He was obviously impressed by the 11-year-old, patting his head for good measure. 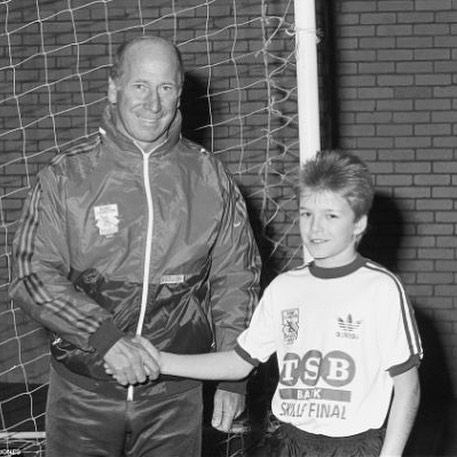 You can't get better than meeting 'Mr. Manchester United' can you?

In 1986 one England great met a future England legend and created this pictorial masterpiece.

Becks knocking about with Bobby must've given him the needed desire to make it. And check out his haircut! 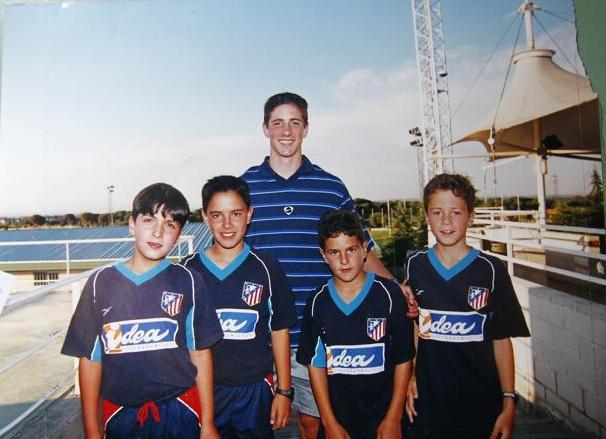 Amazingly, these two ended up being teammates at Atletico Madrid.

When Fernando Torres was a teenage sensation for Los Rojiblancos, Koke was just 9-years-old.

The former Liverpool striker happily posed for a snap with the Atleti youth team that featured the midfield schemer and Spain international. 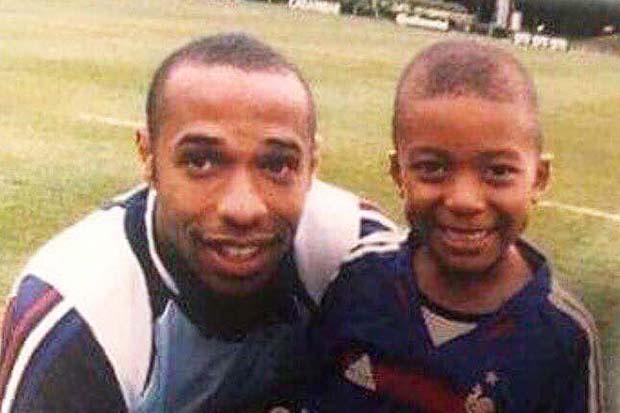 The comparisons between the two have already been made, but we wonder if Thierry saw them in the youngster at the time?

Who knows, but Mbappe looks delighted to have his picture taken next to his idol.

Sadly, there's no date on the photo, so we can't tell how old it is. But Mbappe and Henry both look young! 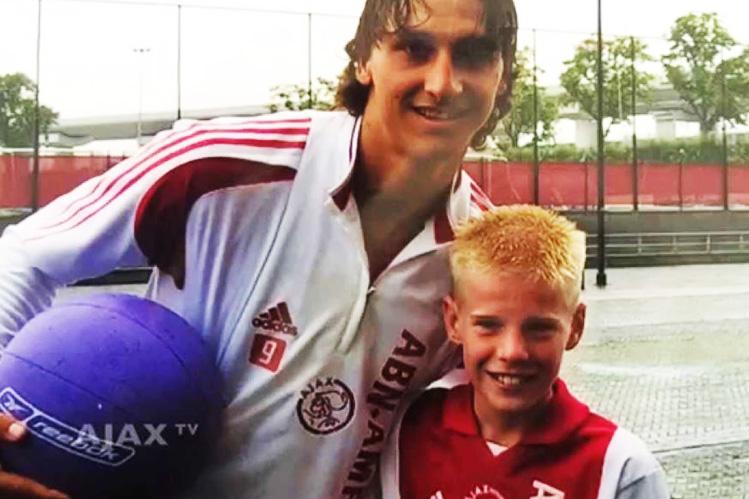 It seems like years ago that Zlatan was at Ajax.

But when Davy was 11-years-old he grabbed the Swedish striker for a photo op.

Incidentally, the two played against each other in a Champions League tie in 2014 between PSG and Ajax.

Unbelievably, they were both on the scoresheet that day too. 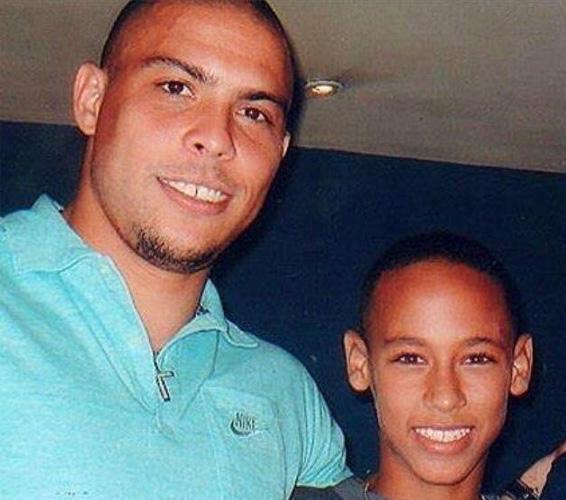 When the heir apparent meets the king, but either of them doesn't know it yet.

Everyone wanted a picture with the Brazilian hotshot then, so teenage Neymar must've been the envy of his pals with this snap.

Neymar has gone through a few haircuts since then and is now the pin-up of Brazil. 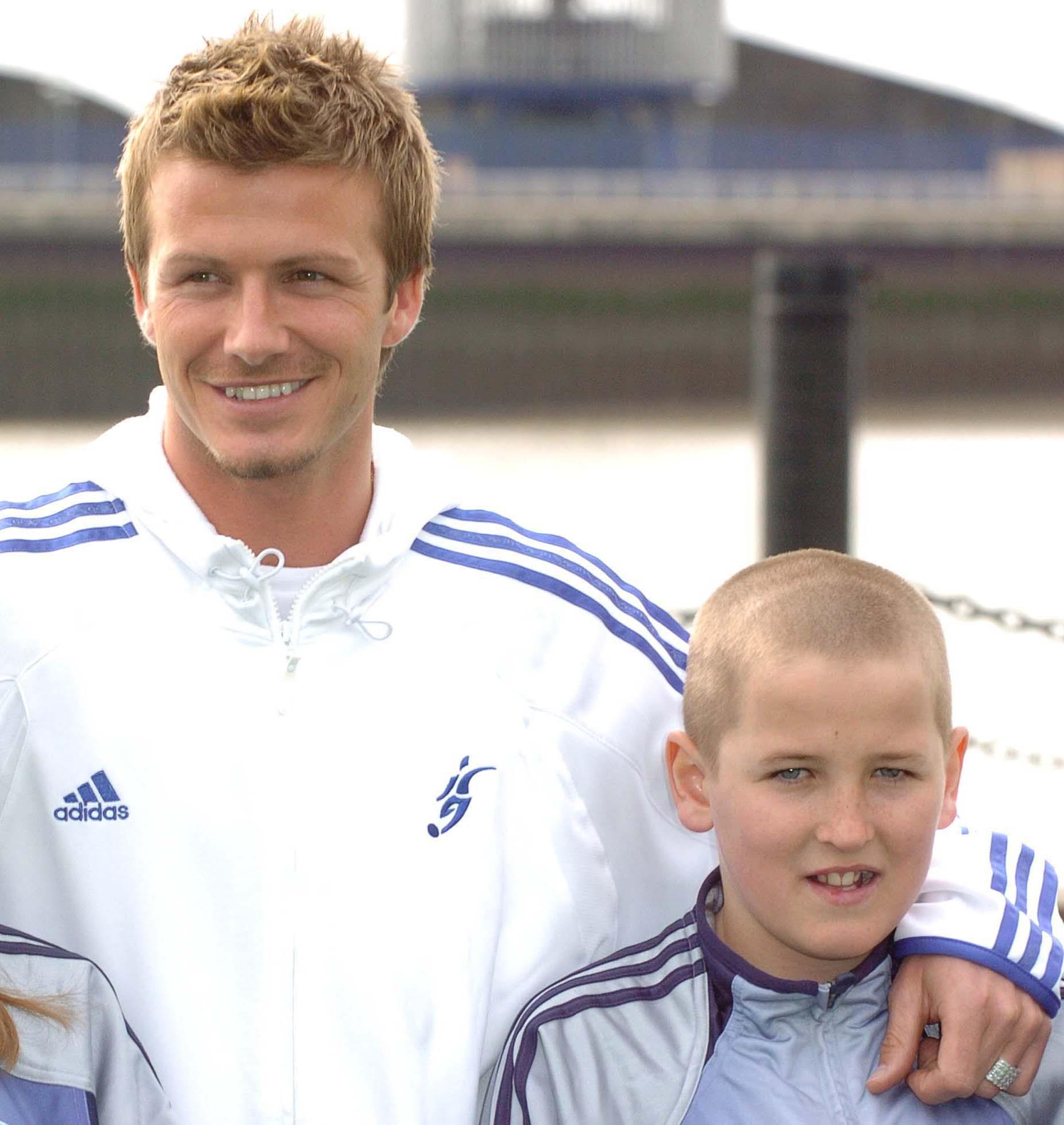 When Becks launched his own football academy, Spurs star Harry was one of its stars.

We wonder if David remembers this moment as well as Harry? 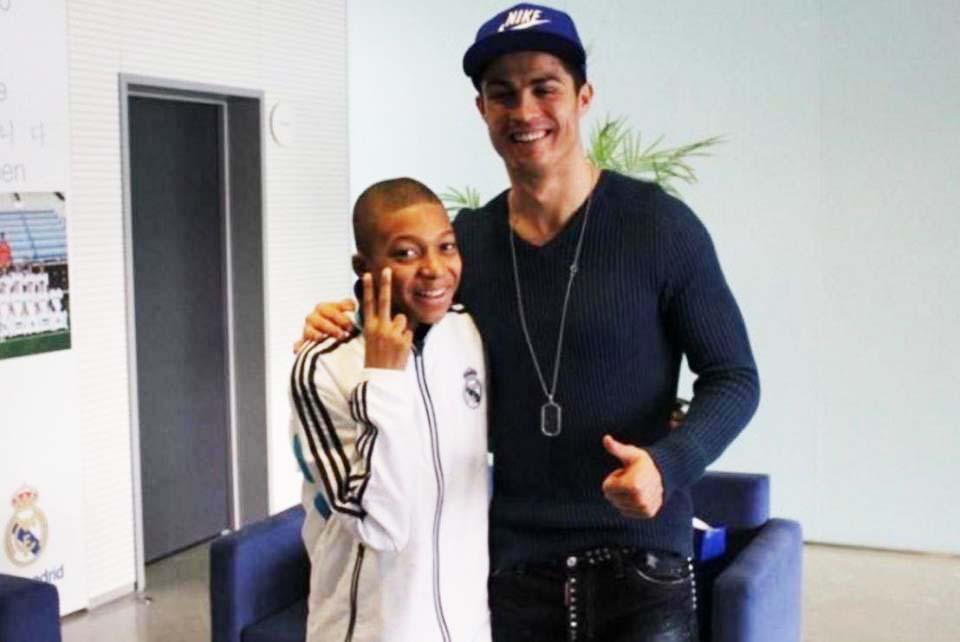 Featuring twice on the list, the French teenager showed why he's a total superfan of football.

Mbappe had pictures of Ronaldo on his bedroom wall when he was a kid with pipe dreams of becoming professional.

When he was 14-years-old all his dreams came true when he met the Real Madrid ace. 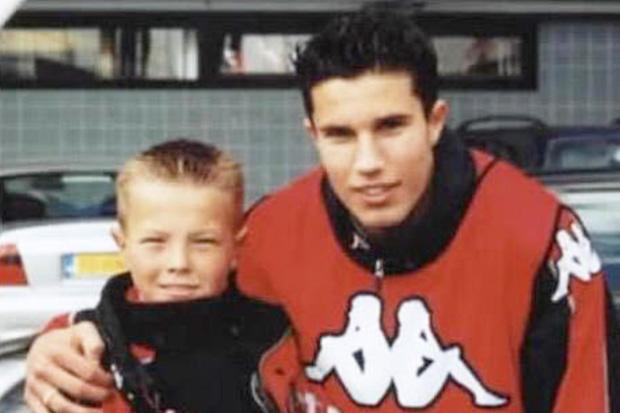 When the former Arsenal striker was a hot prospect at Feyernood in 2002, Clasie was coming through the ranks at the Dutch club.

The ex-Southampton midfielder was only 11-years-old when this photo was taken alongside his hero.

Little did he know then, he'd play in the Premier League just like the Holland striker.