Home » Sport » For the Bucks, the Jrue Holiday Gamble Yielded a Jackpot

For the Bucks, the Jrue Holiday Gamble Yielded a Jackpot

When Milwaukee traded for Holiday, it wasn’t clear that he could fill gaps that had kept the team out of the N.B.A. finals and that threatened the franchise’s future with Giannis Antetokounmpo. Now, both problems are solved. 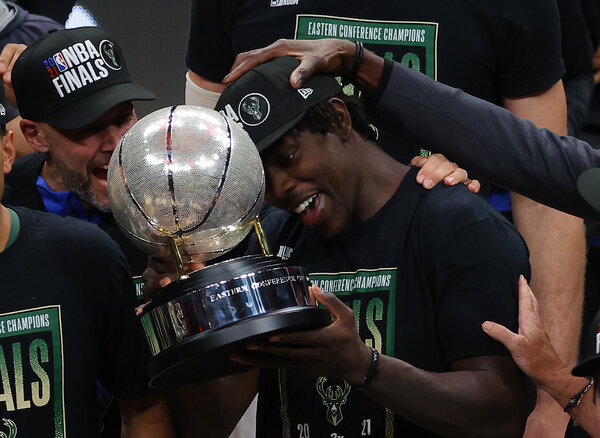 The Milwaukee Bucks were in an unusual position during the last off-season.

They were title contenders facing wholesale upheaval, with Giannis Antetokounmpo’s so-called supermax contract extension unsigned after they had again slunk out of the playoffs disappointingly early, despite having the best regular-season record for a second consecutive season.