FRANCE have been dealt yet another injury blow as Eduardo Camavinga sat out training ahead of the World Cup. 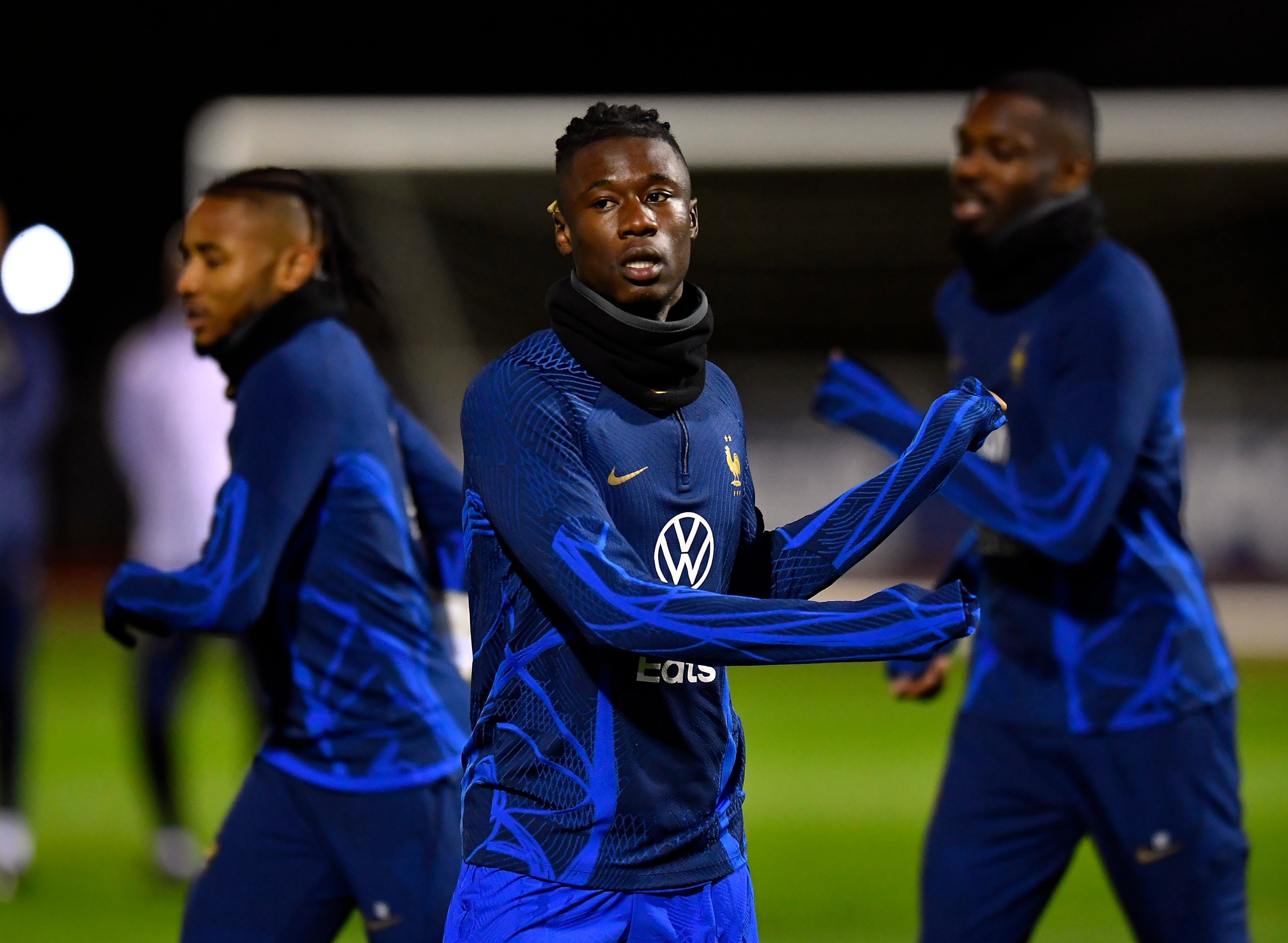 And now Real Madrid star Camavinga, 20, is set to miss at least their tournament opener.

France, the reigning champions following their 2018 success in Russia, take on Australia in their first Group D match on Tuesday night.

But they may be forced to do so without Camavinga after he missed Sunday's training session with soreness in his abductor muscle.

Prior to the tournament, reports in France sensationally suggested the Los Blancos midfielder would be snubbed from Didier Deschamps' squad.

However, he was named in the 25-man group, as the French boss initially left one spot open.

Camavinga made an impact for all the wrong reasons though, as his training ground tackle ended Nkunku's World Cup before it had even begun.

Former Rennes ace Camavinga is not expected to start against Australia, even if he's passed fit.

Deschamps is expected to play Aurelien Tchouameni alongside Adrien Rabiot, with one of Antoine Griezmann and Youssouf Fofana also starting, depending on the boss' formation. 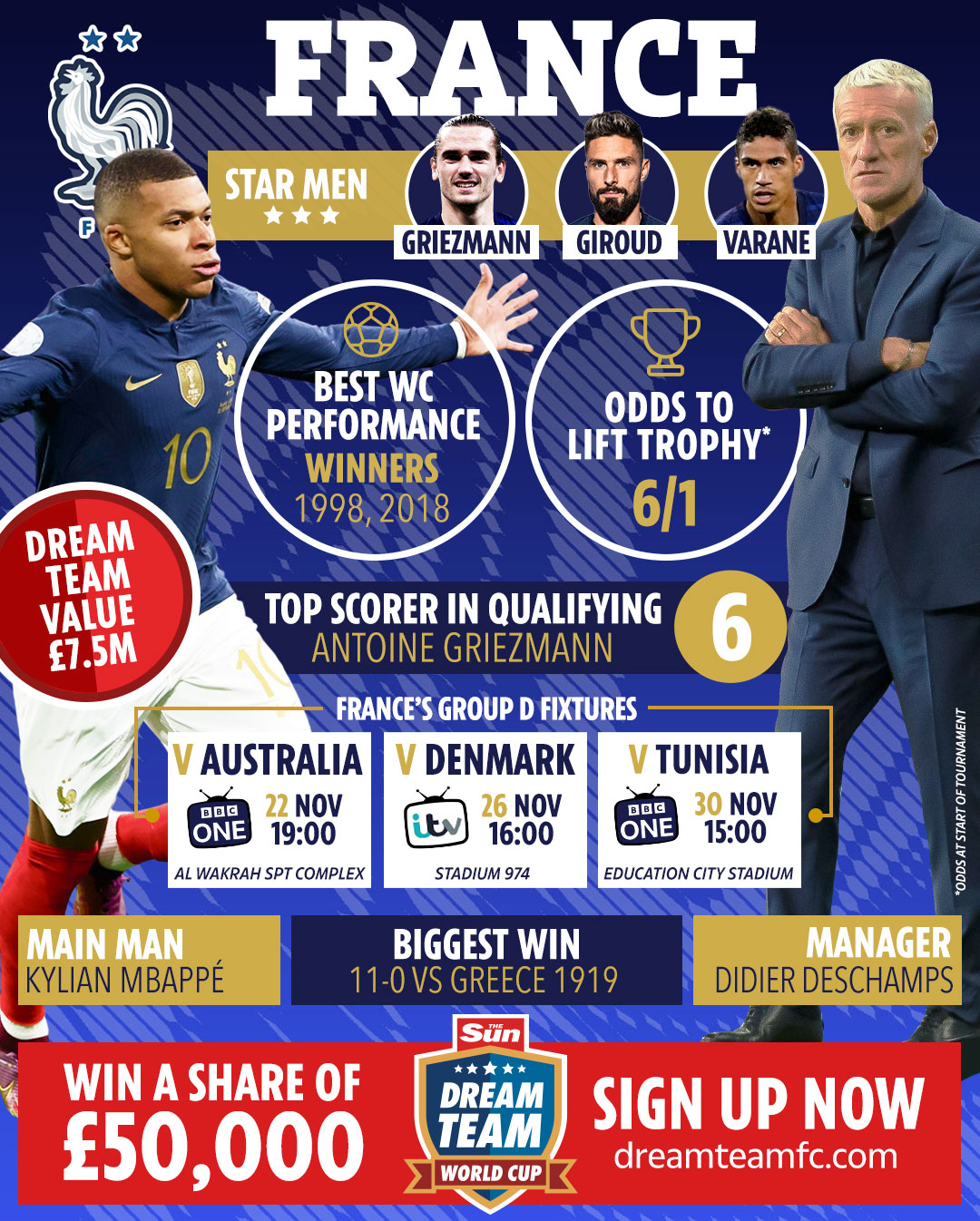 But France's lack of depth is already becoming a concern.

Following Benzema's injury, the 2018 winners are now down to 25 players after Deschamps refused to call up a replacement in a blow to Manchester United star Anthony Martial.

Prior to his knock, Camavinga had addressed the media to reveal Benzema – team-mate for club and country – was "annoyed" at his World Cup KO.

The midfielder said: "I have messaged him… he was annoyed to miss out on the competition.

"It’s a blow but we have lots of good players and we’ll fight for all of those who haven’t had the chance to come.

"It hurts, but our objective doesn’t change.

"We have a match coming very soon, and if we get hung up on it, it could be difficult."