If Francis Ngannou were to look in the mirror, he might just see an improbable green glint in the dark pools of his eyes.

Maybe he can already picture the dollars, stacked much higher than his 6’3 frame and much wider than those granite shoulders.

For it must be so enticing, the prospect of a crossover bout with the biggest name in boxing, especially for a phenomenon who is severely undervalued by his employers and who started fighting long before he set foot in a ring.

Growing up in poverty in Cameroon, Ngannou began working in sand quarries at the age of 10, later spending time in a Spanish jail after illegally crossing the border en route to Paris, where he eventually wound up homeless. Nothing can match the hunger Ngannou must have felt so often through those years, making his thirst for a super fight with Tyson Fury wholly understandable.

But Ngannou must beware the allure of a titanic clash with Fury, because key to such a contest is the French-Cameroonian’s status as UFC heavyweight champion – something Ciryl Gane could well shred in the main event of UFC 270. 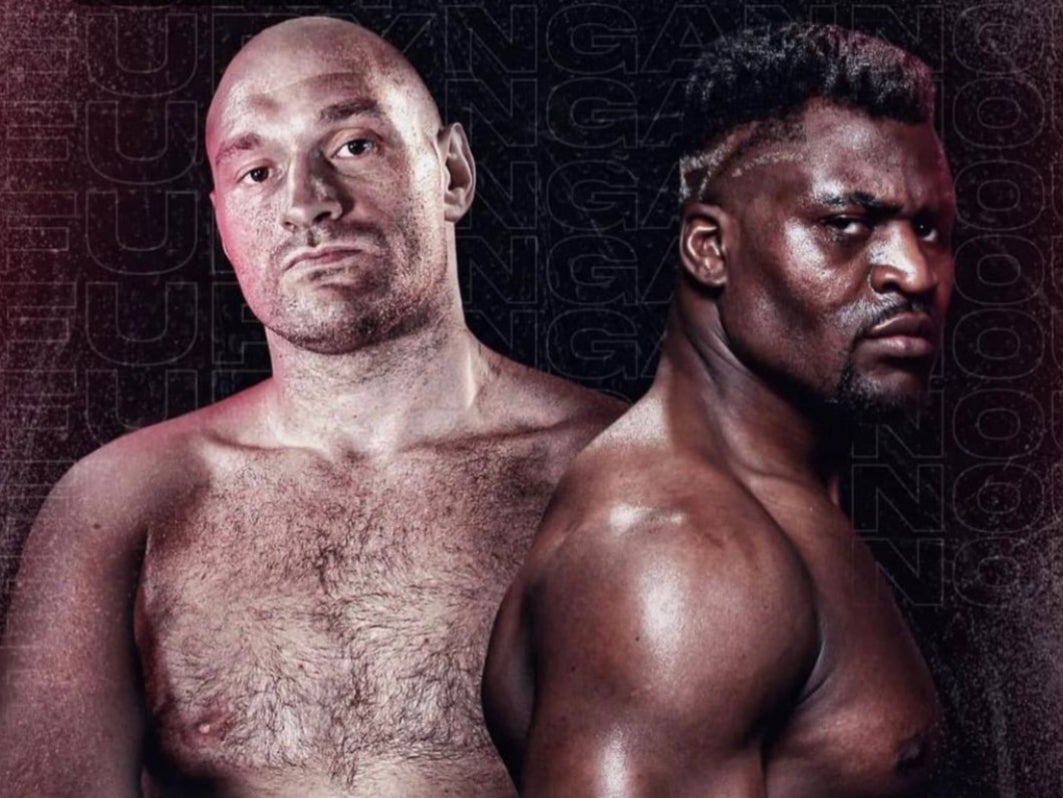 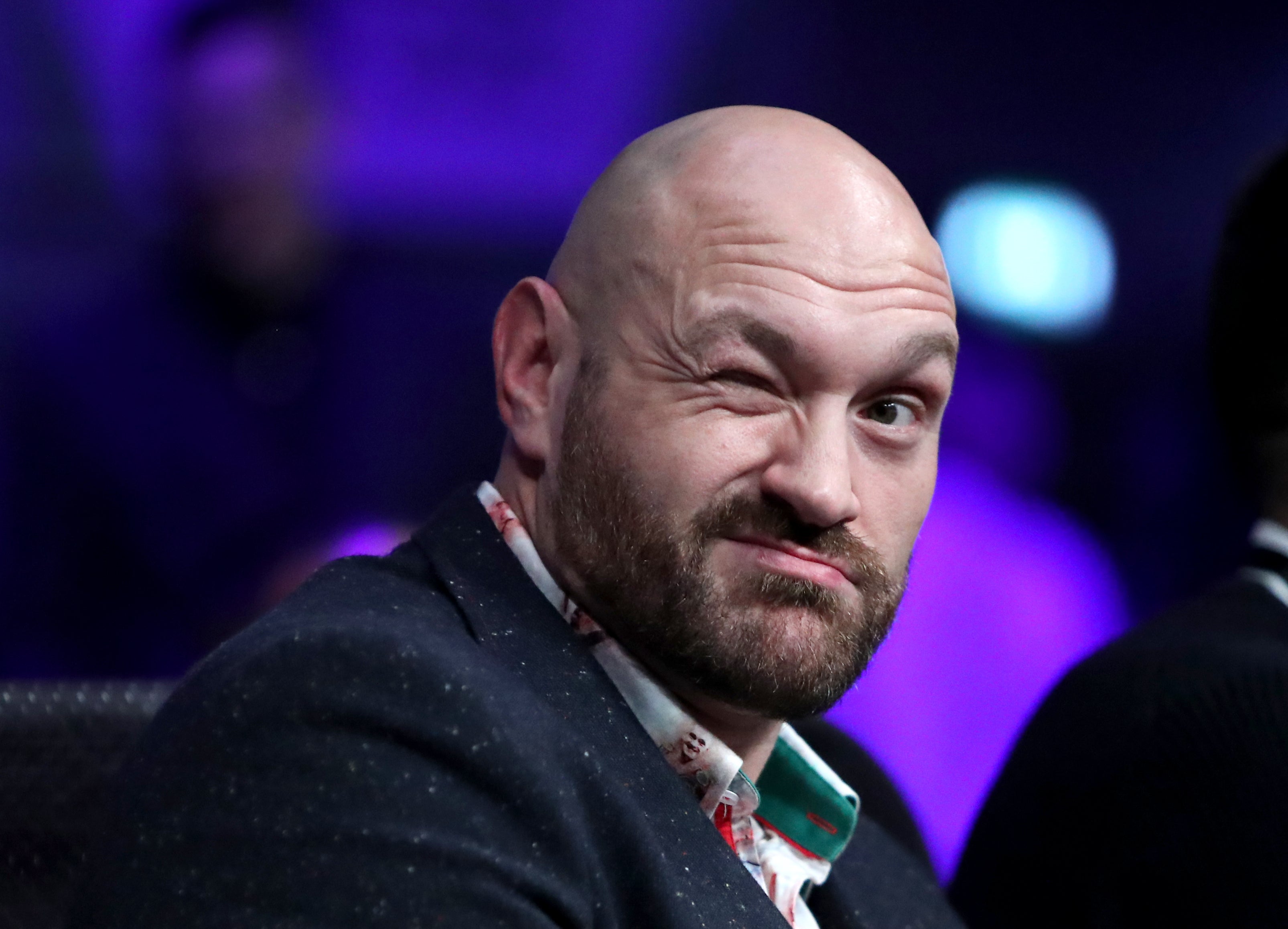 As soft-spoken and gentle a giant as Gane may be, he offers a very real, impending threat to Ngannou. The Frenchman is interim heavyweight champion, undefeated, possesses speed and technique perhaps unrivalled in his division, and has first-hand experience of Ngannou’s skillset. 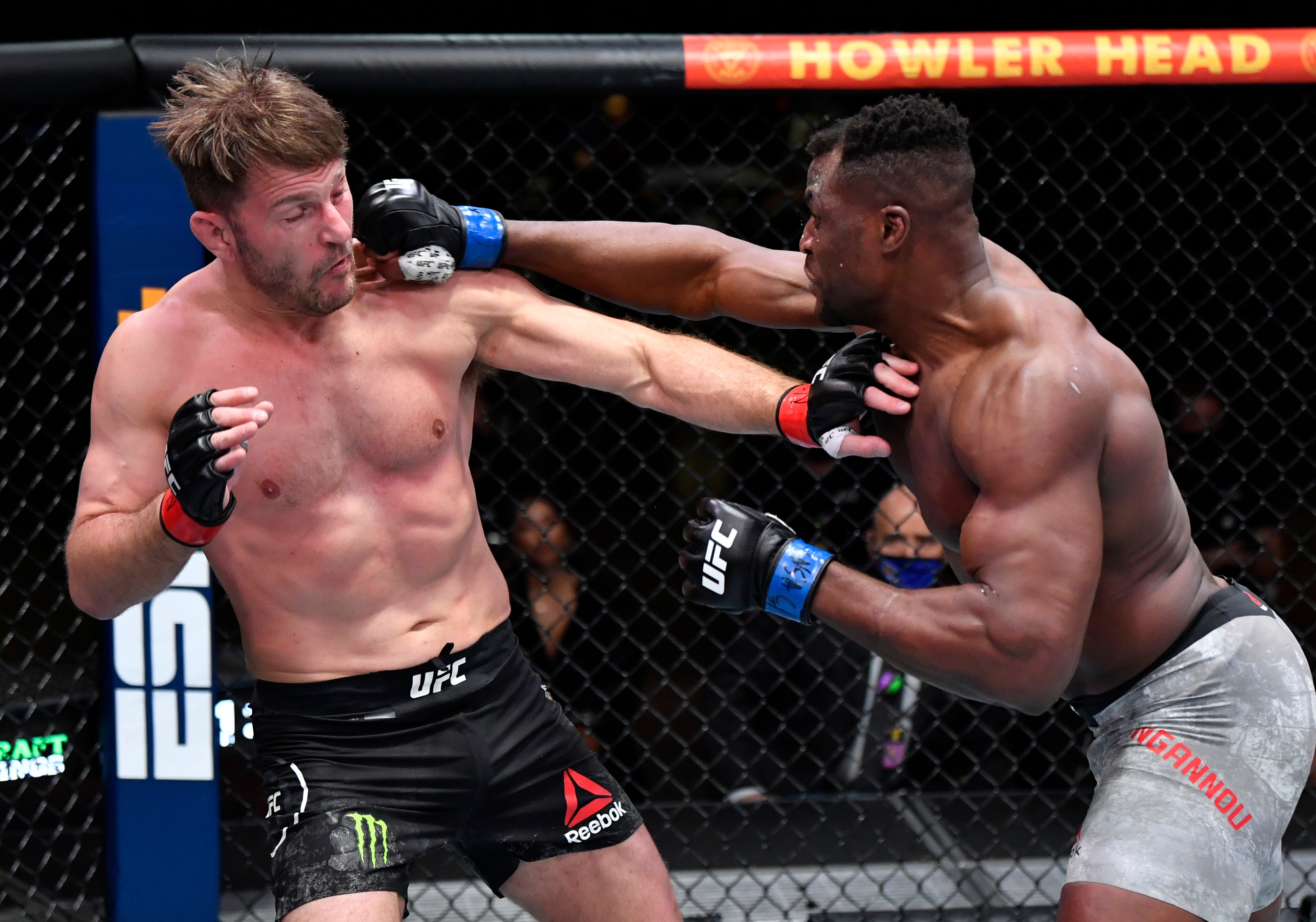 A former training partner of the 35-year-old, with Ngannou’s ex-coach Fernand Lopez in his corner, Gane will be familiar with the “Predator”’s movement, pace and approach, even if Ngannou withheld the brunt of his brutal knockout power in those practice sessions.

The heaviness of Ngannou’s hands and the hellacious impact they produce are unique within the history of mixed martial arts and possibly all of combat sports. He has secured 12 of his 16 professional MMA wins via knockout. Eight of those 12 KO victories have come in the first round, with three of them earned within the first minute. Despite those numbers, it is an oversimplification to present ‘power versus speed’ as the narrative of this Saturday’s main event.

In his last bout, 10 months ago, Ngannou exhibited vast improvements to his footwork, takedown defence and patience to avenge a humbling defeat by Stipe Miocic. After being outwrestled for five rounds in a masterclass by the American in 2018, Ngannou was gun-shy and seemingly nervous in a strange decision loss to Derrick Lewis. The French-Cameroonian subsequently rebuilt his aura, however, with four straight first-round knockouts (resulting from just two minutes and 42 seconds of ring time) taking him back to Miocic.

Given the rapid, emphatic manner of each of those wins – two of them against former world champions – it was difficult to gauge how much Ngannou had worked on the deficits exposed by Miocic, but the challenger’s progression was undeniable as he dethroned the American last March, frustrating and hurting the consensus heavyweight GOAT before knocking him out in the second round.

That victory demonstrated enough technical prowess on Ngannou’s part to suggest he will not spend five rounds punching air rather than Gane in Anaheim’s Honda Center this weekend. 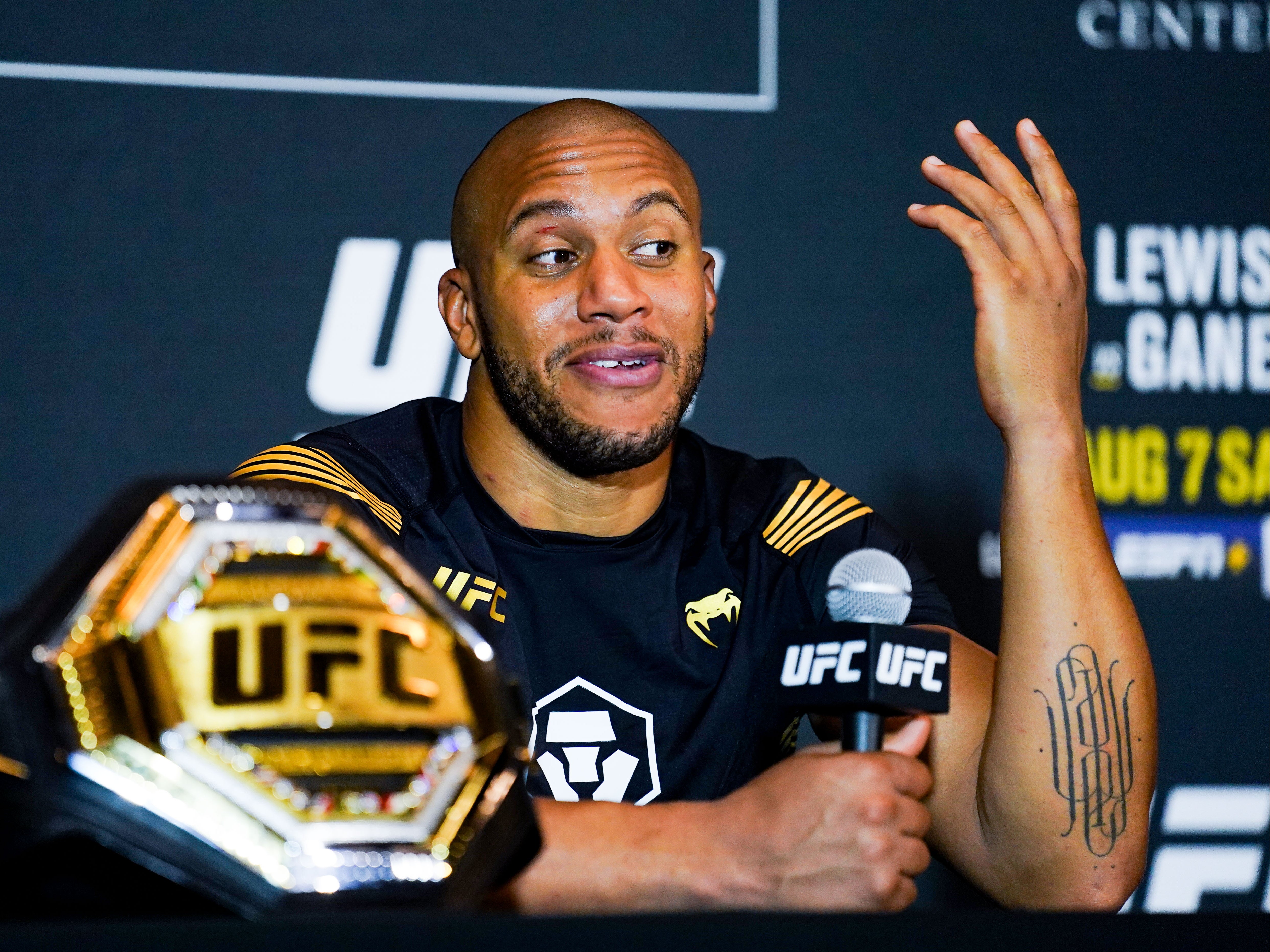 Similarly, however, Gane’s speed, slickness and creativity were not granted by the MMA Gods in some divine deal denying “Bon Gamin” power. Of the 31-year-old’s 10 unanswered wins, seven have come via stoppage – four by KO/TKO.

Gane represents a new breed of MMA heavyweight, one that moves like a middleweight but can still hit like their hulking peers. That dual threat was clear in Gane’s third-round stoppage win against Lewis in August, a victory that took the Frenchman’s record for 2021 to 3-0 and saw him claim the interim heavyweight title.

To be clear, even diving to the actual depth of both fighters’ skillsets will not override the opinion that Ngannou’s best chance of victory is an early knockout, while Gane’s is a long game. But that does not mean Gane cannot ascend to undisputed champion status by knocking out Ngannou, who in turn could outpoint the interim title holder – though that remains the least likely outcome.

A crucial question, in any case, is whether Ngannou’s mind will wander to Fury during the main event of UFC 270. If the champion has Gane hurt in the first round, what will preside as he sits in his corner before the second frame: the sound of his coach’s voice, or the image of a grinning Fury and more money than any man could dream of? 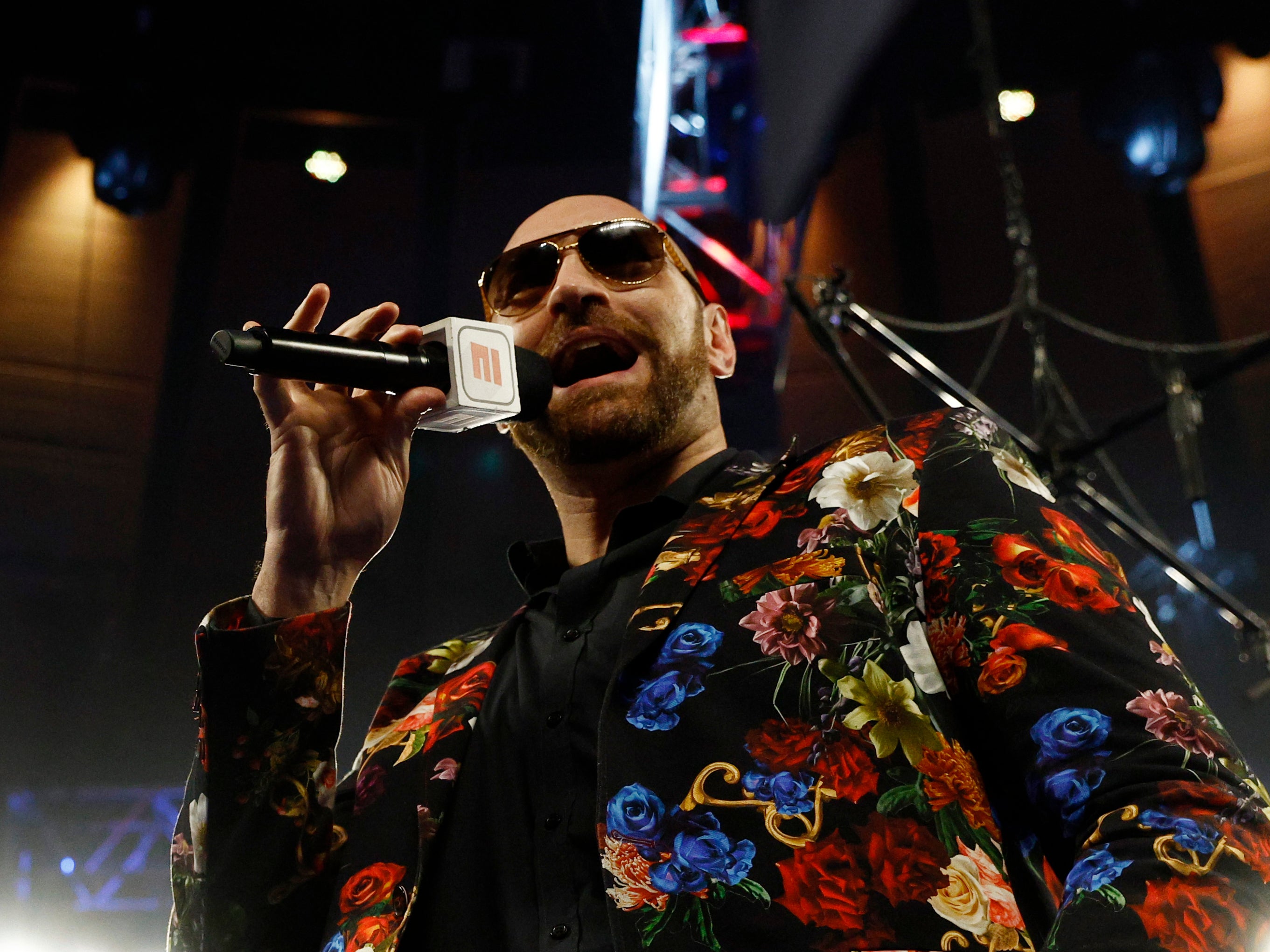 If the latter were to win out, Ngannou should not be judged harshly. Everything he has achieved, he has earned numerous times over. In fact, Ngannou is more than deserving of a life-changing payday against Fury. He has already done his part to change his life beyond comprehension.

The problem is, Gane stands between Ngannou and Fury. All 6’4 of him. All 240lbs. He is a significant obstacle, a stoney sliding door.

That is fitting, as this is a sliding-doors moment in Ngannou’s career – and potentially his life. The dream of a super fight with Fury is a lot less likely to become a reality if Ngannou cannot boast of being UFC heavyweight champion as he talks up a clash with the WBC title holder. 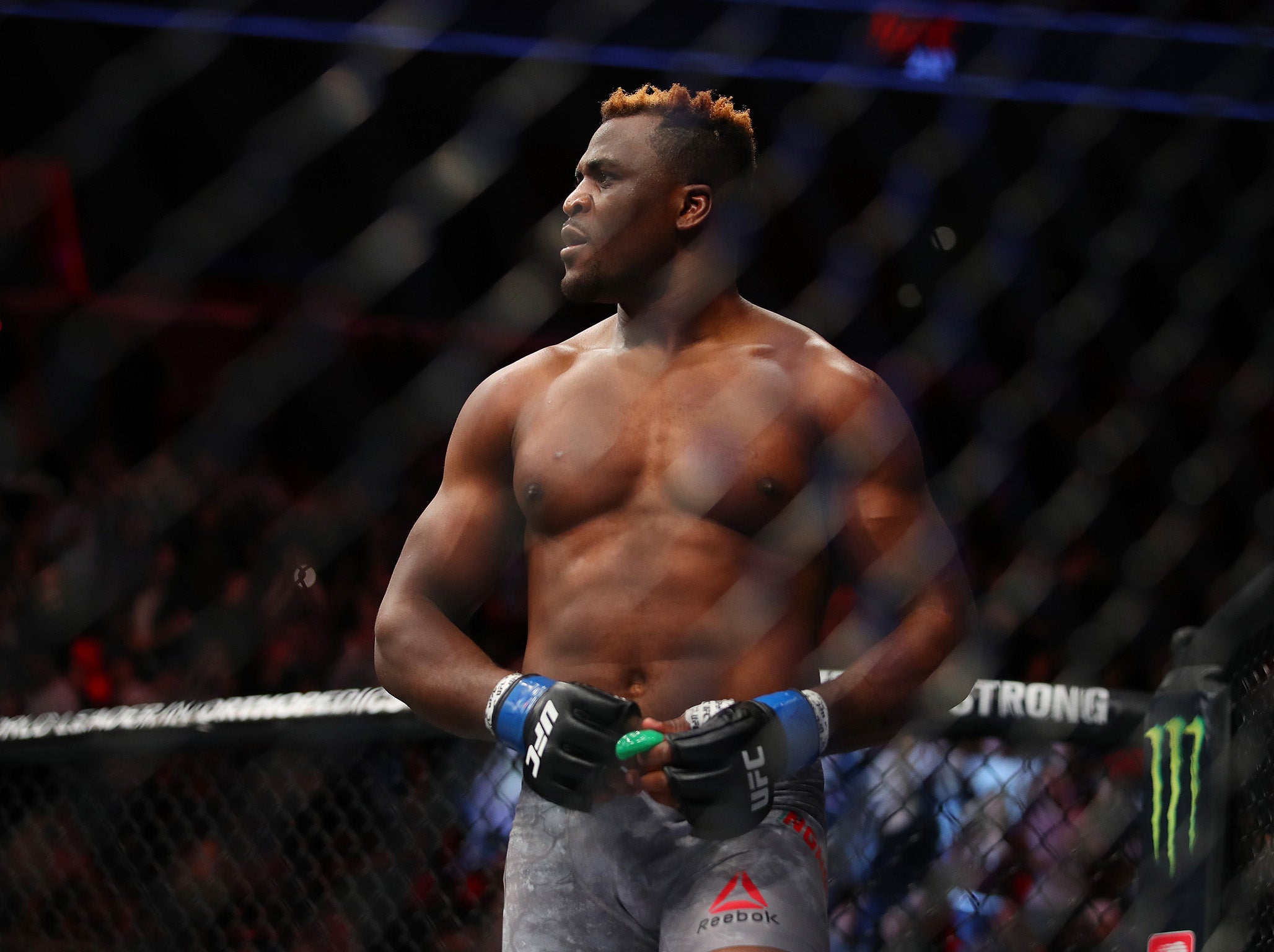 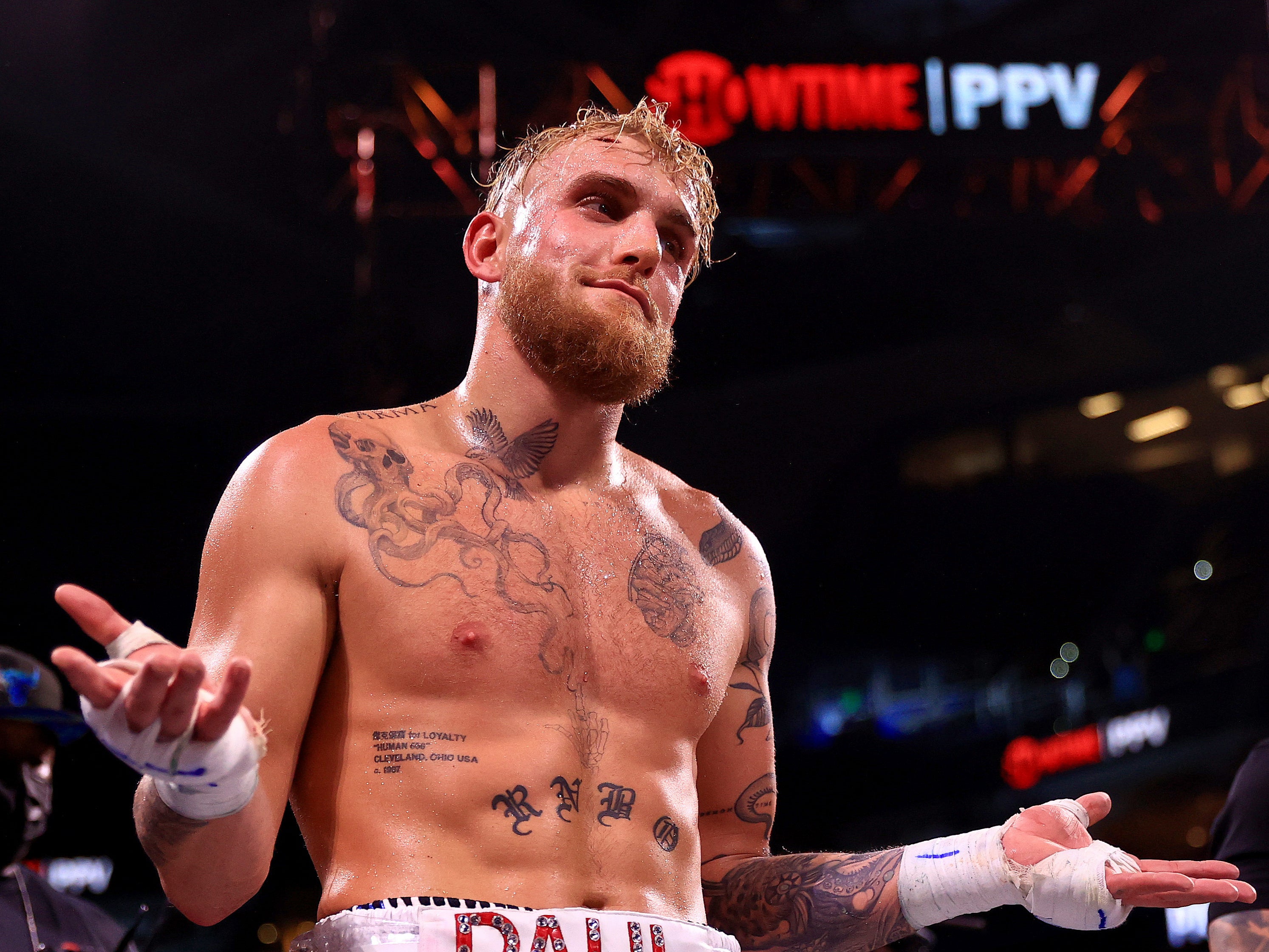 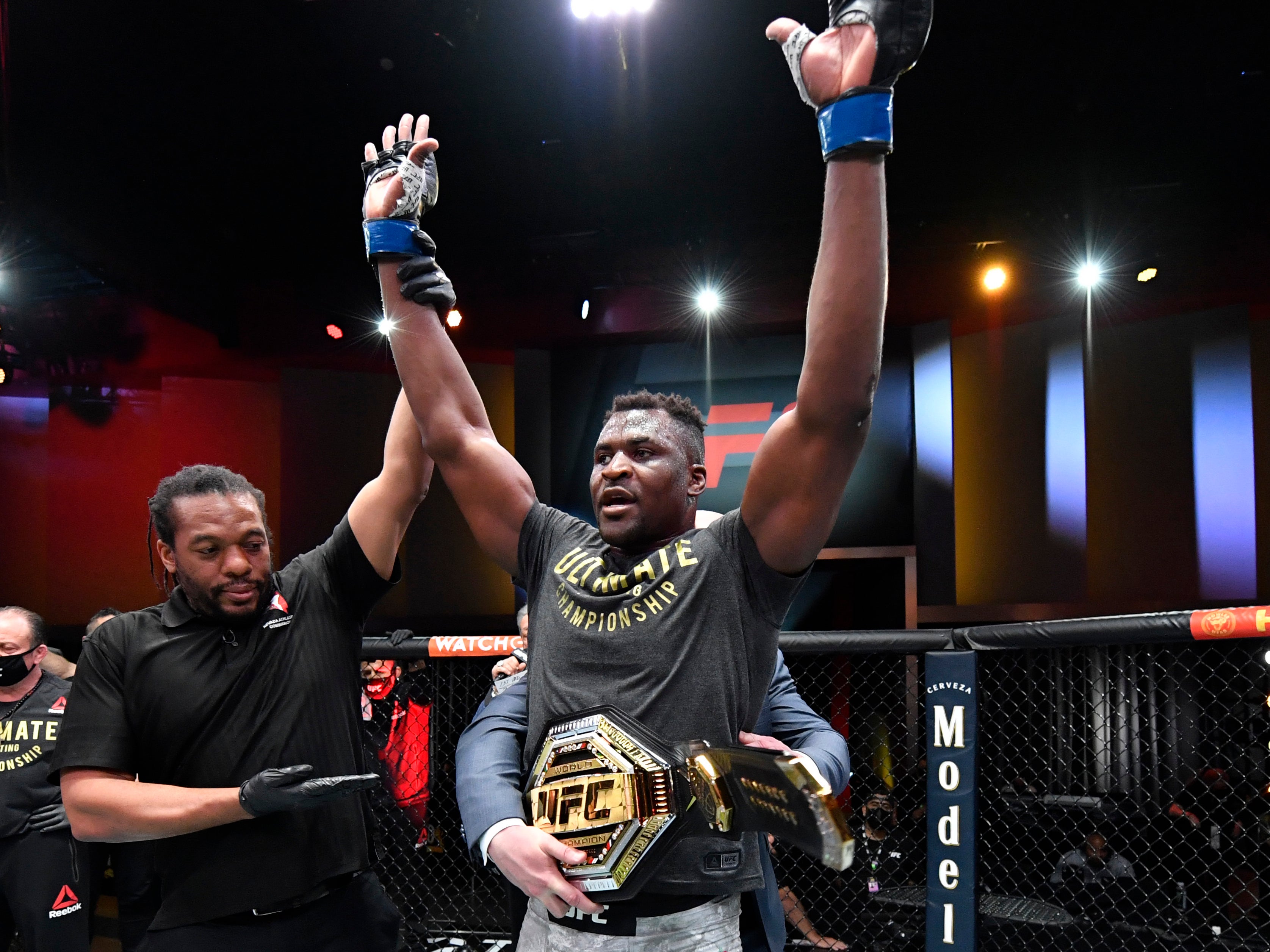 Per reports, if Ngannou loses this weekend, his UFC run is up; if he wins, one more fight awaits. It is maybe ironic that a loss would free the unsatisfied fighter to take on Fury but may cost him the reputation to do so, whereas a victory would enhance his image while keeping him shackled and forcing him to pass another test to get to the “Gypsy King” – who has his own concerns in the form of an expected meeting with Dillian Whyte.

Whatever may await, Gane requires Ngannou’s full focus. Anything less and a dream fight with Fury will likely disappear along with the UFC championship.