A HUGE BRAWL between Crystal Palace and Tottenham unfolded during the London derby at Selhurst Park on Saturday afternoon. 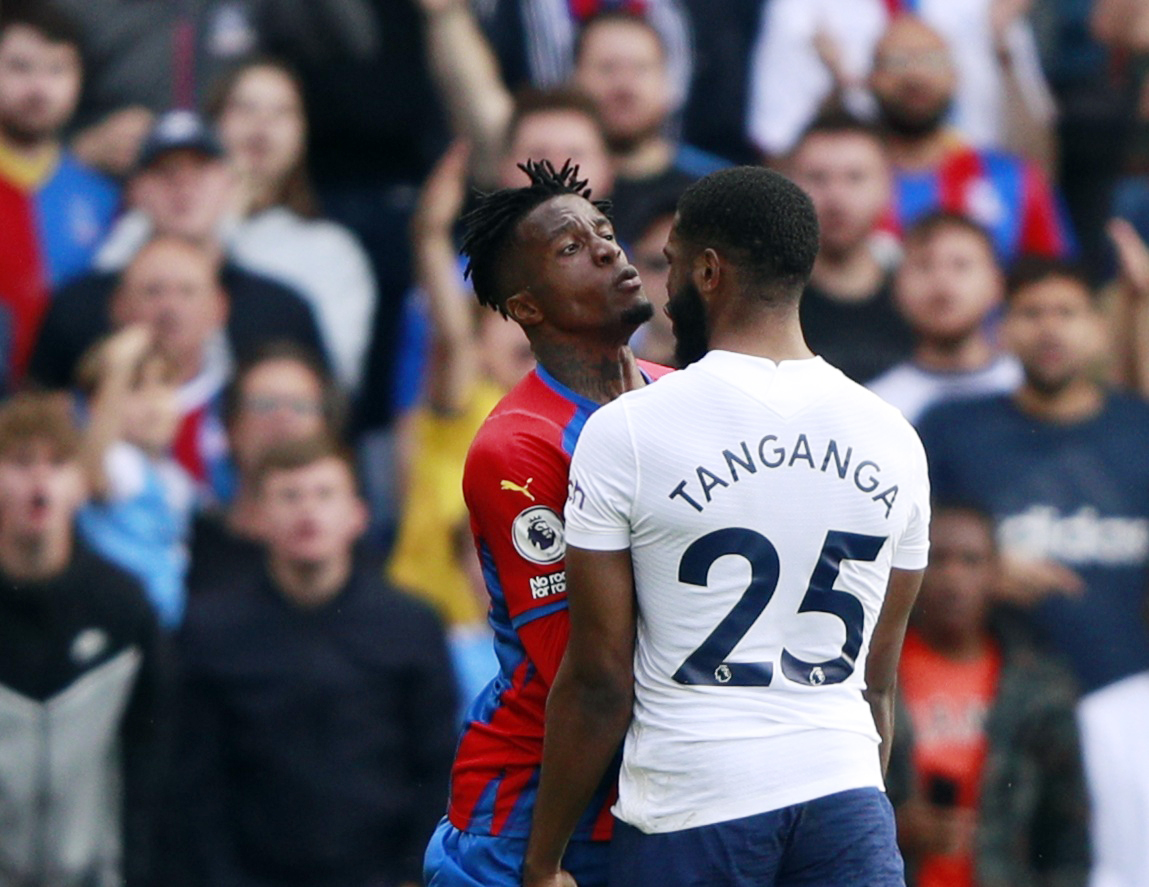 Zaha, 28, was clattered by Tanganga, 22, after the winger knocked the ball beyond the defender and tried to run into the space.

The Spurs man made no attempt to play the ball and clattered into his opposite number, infuriating the home fans and Zaha.

The Palace icon was clearly aggrieved by the poor challenge as he quickly got back to his feet and starting pushing Tanganga.

The defender didn't back down and the two grabbed hold of each other before both sets of players ran over to separate the scrap.

Zaha and Tanganga were both booked for the brawl but the latter was sent off just moments later for another late challenge, this time on Jordan Ayew.