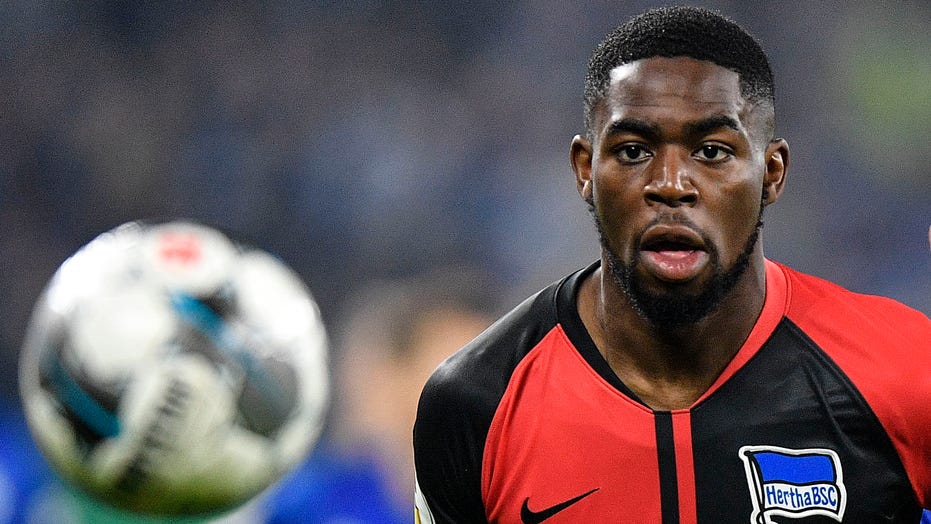 Germany’s Olympic soccer team walked off the field during a preparation match for the Tokyo Games on Saturday in response to alleged racist abuse from an opposing Honduras player toward German defender Jordan Torunarigha.

The players left the field together with five minutes remaining in the game after Torunarigha was “racially insulted,” the German soccer federation said on Twitter.

“If one of our players is racially abused, it’s not an option for us to keep playing,” Germany coach Stefan Kuntz said.

“It was hard to get him in, he was terribly upset because he said he was repeatedly racially abused,” Kuntz continued. “For us it’s clear, this violates our values, we cannot tolerate it. We’ll take our player completely under our protection.”

The score was 1-1 when the German players walked off.

“After the situation calmed down a bit, the whole Honduras team came over to us on the bench and apologized,” Kuntz said. “That was the end of the matter for us.”

The Honduran soccer federation said on Twitter that the game was abandoned in the 87th minute “due to the fact that a German player alleged a supposed racist insult on the part of a Honduran national team player.”

The Honduran federation said the “situation occurred due to a misunderstanding on the field of play.”

Germany captain Maximilian Arnold said the team discussed taking the matter further but decided against it.

“We made a correct statement, we made the right decisions and acted correctly. It was also Jordan’s wish. He said that we should leave it at that,” Arnold said.

The friendly game in Wakayama, Japan was Germany’s last preparation match before it plays Brazil in Yokohama on Thursday. Kuntz’ team also plays Saudi Arabia on July 25 and Ivory Coast on July 28 in Group D.

The 23-year-old Torunarigha, who is the son of former player Ojokojo Torunarigha of Nigeria, has faced racist abuse before. He was targeted with monkey chants by some Schalke fans in a German Cup game on Feb. 4, 2020. Schalke was fined 50,000 euros ($54,600) for its supporters’ abuse.