ARSENAL manager Mikel Arteta is preparing to field a strong starting 11 against West Brom in the Carabao Cup.

With two losses in as many matches in their start to the season, pressure is already mounting on the Spaniard. 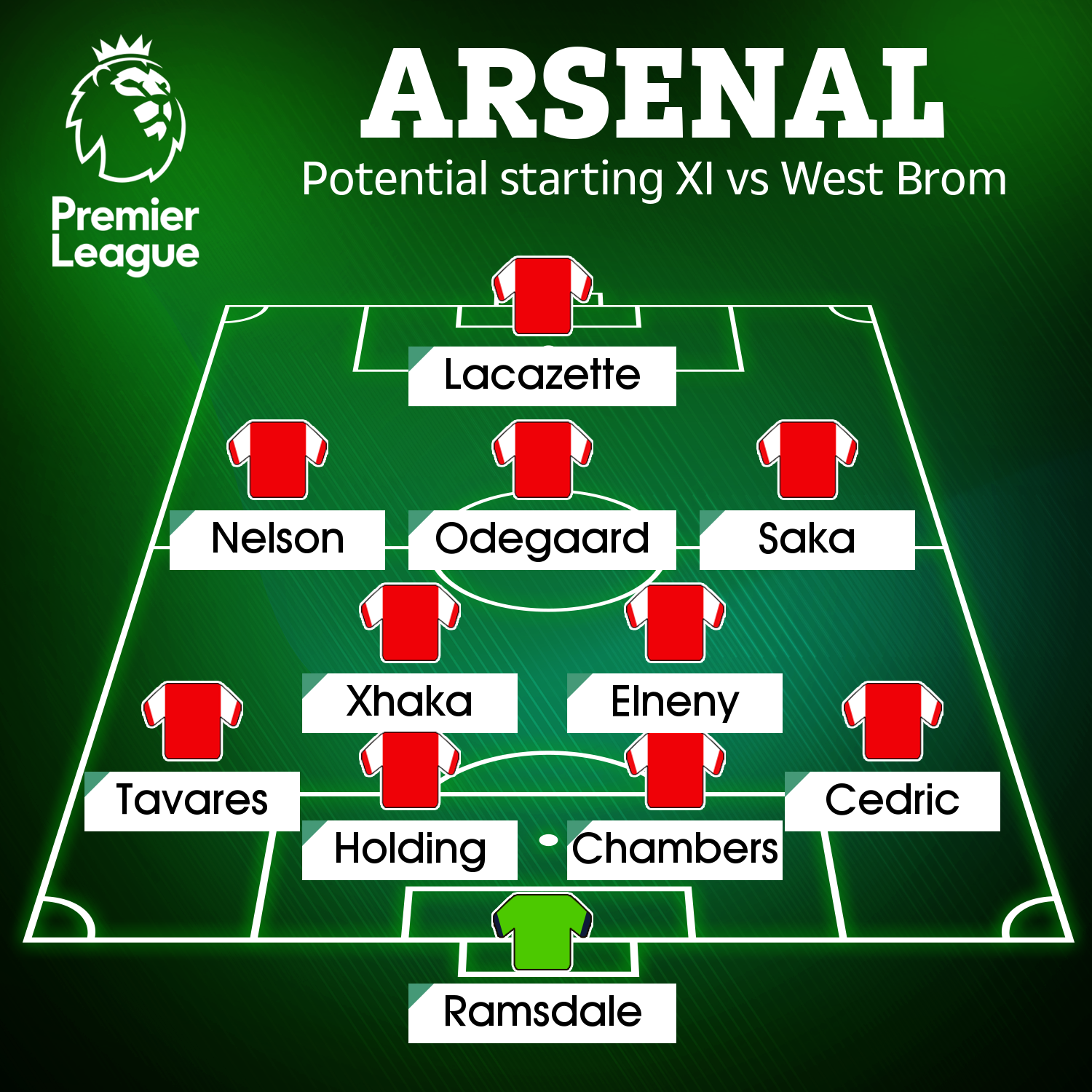 According to The Times, Arteta will take no chances in his selection when the Gunners travel to Championship West Brom.

It is claimed the Emirates hierarchy have shown understanding towards their boss, who has seen five of his players sidelined with coronavirus.

Among them were forwards Alexandre Lacazette and Pierre Emerick Aubameyang, who did come off the bench in the 2-0 loss to Chelsea.

Lacazette will now be back in contention to play in the cup tie, and so too will the returning Martin Odegaard, who arrived in January on loan.

And he has recently made his move from Real Madrid permanent for £30million but missing paperwork saw him ruled out against Chelsea.

Arsenal also announced the signing of £30m keeper Aaron Ramsdale, and the England international could be set to make his debut.

Arteta has rotated his keepers between cup and league matches and is expected to do the same with Ramsdale and current No1 Bernd Leno.

Kieran Tierney could keep his place at left-back but Sead Kolasinac or Nuno Tavares would be the likely replacements if the Scot is rested.

Hector Bellerin looks set to leave the club this month, with Cedric Soares covering at right-back for now.

But Calum Chambers – traditionally a centre-half – is another option in that position.

In the middle of the back four, new arrival Ben White was ruled out against Chelsea after testing positive for Covid-19.

Pablo Mari, largely dominated by Romelu Lukaku at the Emirates and Rob Holding were the pair over the weekend. 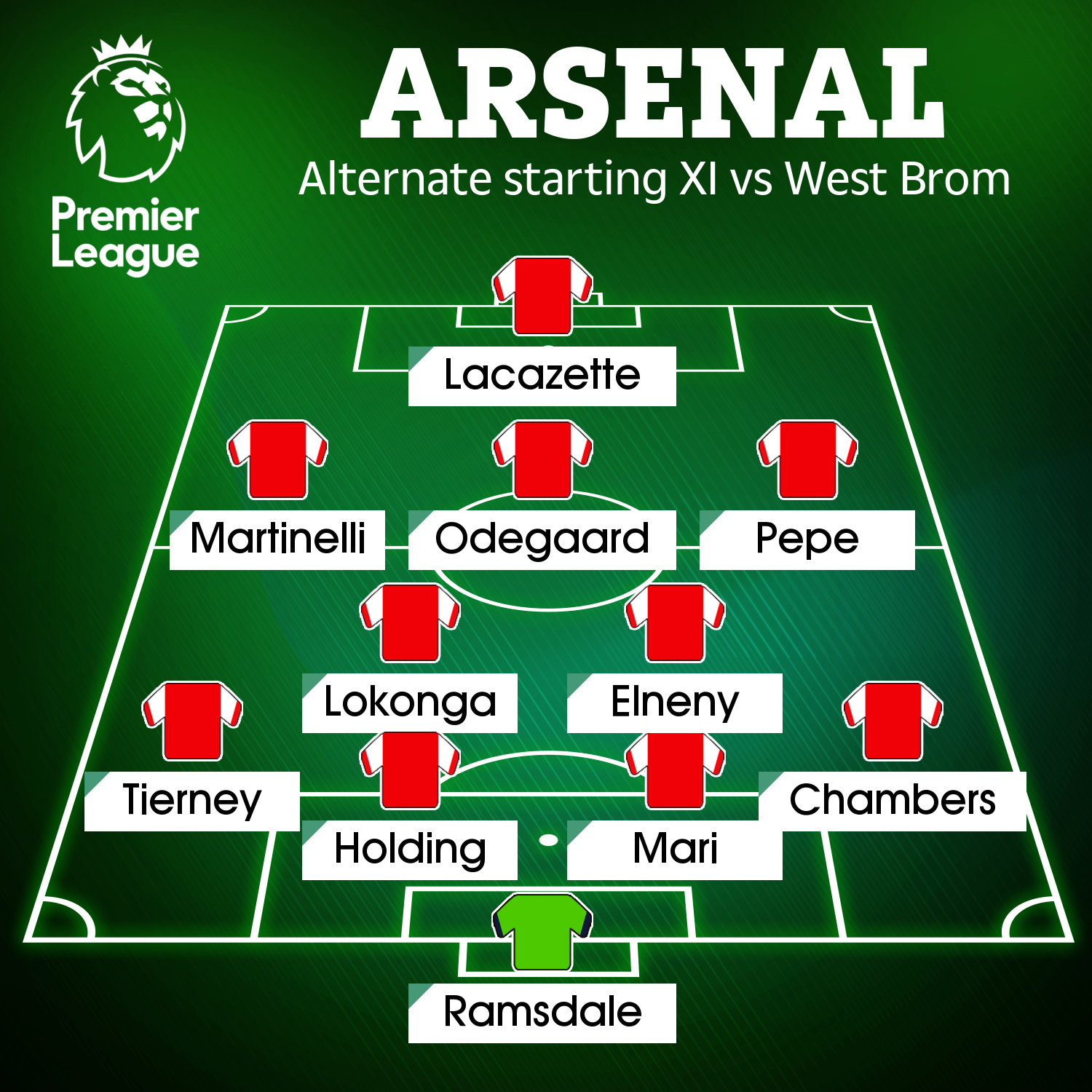 With White likely out, the two could keep their place against West Brom, but Chambers is also available to move back into a central role.

But Mohamed Elneny and Ainsley Maitland-Niles are further options for the cup game in midfield.

Going forward, Lacazette could be afforded minutes through the middle, leaving Odegaard playing just in front of him.

Arteta is expected to mix his starting 11 between rotational squad members and first-team stars in the hope of getting Arsenal their first win of the season.