The top stars rubbing shoulders with Neymar, huge sponsorship opportunities, a renowned talent scout and perfect weather conditions… how ‘The Brazilian Storm’ swept through surfing ahead of Olympic debut

Surfing will debut at the Olympics this year and there’s a strong chance that gold medal will be draped over a Brazilian’s neck.

For decades, surfing has been associated with Californians with bleached blond hair, Australians and of course the first real crossover star, Kelly Slater.

But now, Brazil have claimed four of the last six World Surf Tour titles – boast the top three ranked surfers in the world and the country’s dominance has been dubbed ‘The Brazilian Storm’. 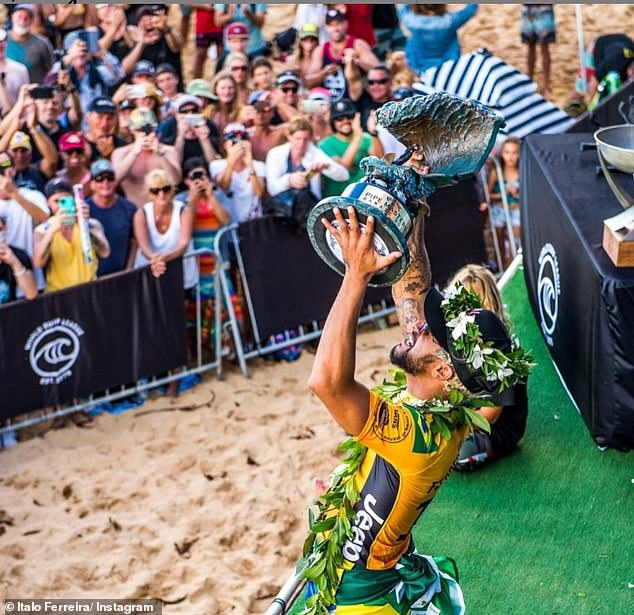 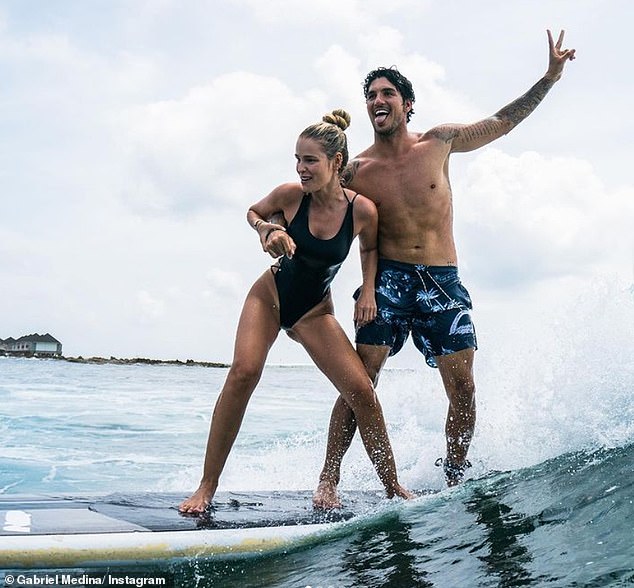 Gabriel Medina’s first title back in 2014 marked a seismic shift and opened the floodgates. He is one of the big three along with countrymen, Italo Ferreira and Felipe Toledo.

Medina’s triumph came at a time of national mourning for Brazil. The football mad nation had been knocked out of their own World Cup in the most humiliating fashion possible, a crushing 7-1 defeat by Germany.

There was desperation for a good news story and so Globo, the country’s most popular television channel, decided to follow Medina for a short docu-series as he attempted to become Brazil’s first WSL champion.

Globo pulls in an average of 70 million viewers a day and Brazil has a population of 210 million people, the reach and exposure was like nothing before and Medina became a superstar.

He is a fully fledged celebrity, regularly seen on TV and in gossip magazines. He is friends with Neymar and has 8.7 million Instagram followers.

To put that into some kind of context, Kelly Slater, the most successful surfer in history and formerly of Baywatch fame, has 2.7m.

Of course, success breeds success and Brazilian stars have some of the most lucrative sponsorship deals on tour as their audience is greater.

The likes of Gillette, Mitsuishi, Ralph Lauren and Corona have their brands plastered all over the boards and the level of interest has gone through the roof.

Ferreira won his first world title back in 2019 and was greeted by a huge crowd upon returning home. He featured in adverts for insurance and was even given his own reality show, titled: ‘Parque do Italo’.

Perhaps it should not be a great surprise that a country of one million surfers with 4,000 miles of coastline should eventually rise to the top of the surfing world.

The climate is surf-friendly with almost 12 hours of daylight, warm temperatures and most major cities near the sea.

Sao Paulo, Rio de Janeiro, Florianopolis, Santos and Recife are all enormous cities set by the coast with consistent waves.

Children in Brazil often finish school at midday, allowing them time to head straight to the beach and catch some waves.

But it has taken decades to get to this point. In 1987, the Association of Brazilian Surfing Professionals (ABRASP) formed a professional tour.

It became one of the most successful national circuits with big prizes on offer, giving a target to aim for for ambitious surfers. 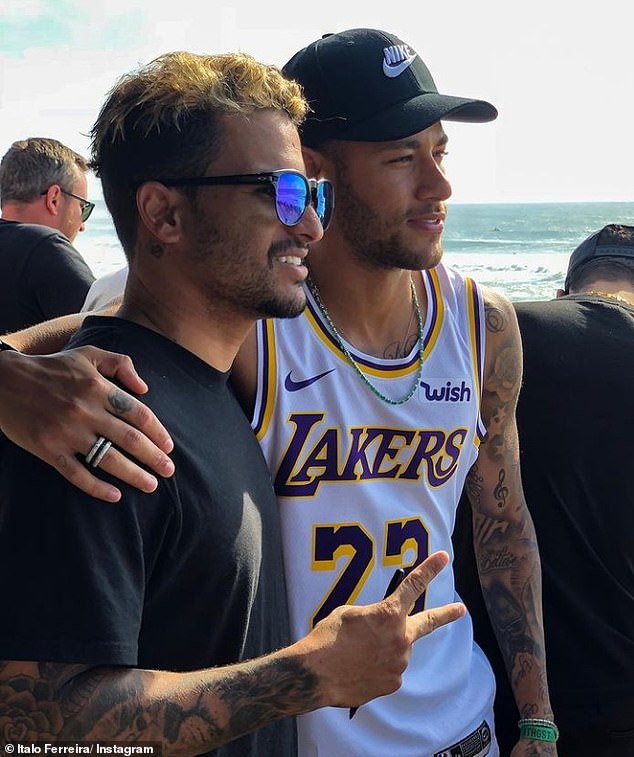 One key figure in cultivating the next generation of world stars, was a man called Luiz ‘Pinga’ Campos. He was a marketer and essentially a renowned talent scout who would secure funding for the most promising Brazilian surfers to cut their teeth on different waves around the world.

Despite the vast amounts of coastline, there are a limited number of high quality, varied surfing spots in Brazil and the opportunity to experience different breaks was crucial in developing talent.

He would work on behalf of big brands such as Oakley or Billabong, giving sponsorship to children as young as 10 and funding English lessons, swim school and of course costly international travel.

Doors were opening up like never before and years later, Brazil and those surfers themselves are reaping the rewards. 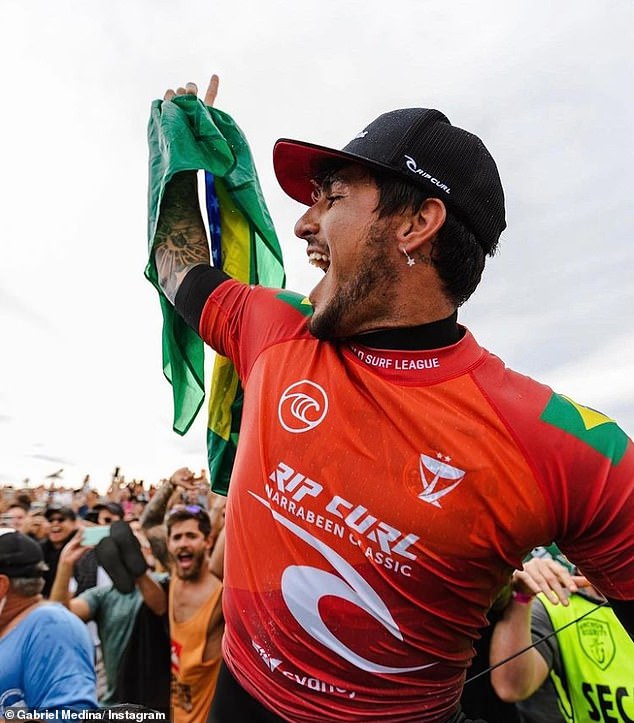 One other important factor in the development of these youngsters was the fact that many waves in Brazil are under head height and require the surfer to generate their own speed and power.

This is a helpful foundation for competitive surfing when each wave has to be milked for all it is worth to achieve a high score.

One common misconception about the success of these top Brazilian talents is that they have scrapped their way to the top and have a hunger forged in poverty that international rivals don’t.

But that is wide of the mark. Many of the best surfers actually come from middle-class backgrounds and have be born into circumstances pushing them towards success.

Toledo’s father was a professional surfer and Medina’s was a surf shop owner, for example.

They were also beneficiaries of a favourable tour calendar, with more events held in Brazil than anywhere else, even Hawaii, and unsurprisingly Brazilians tend to win in their homeland. 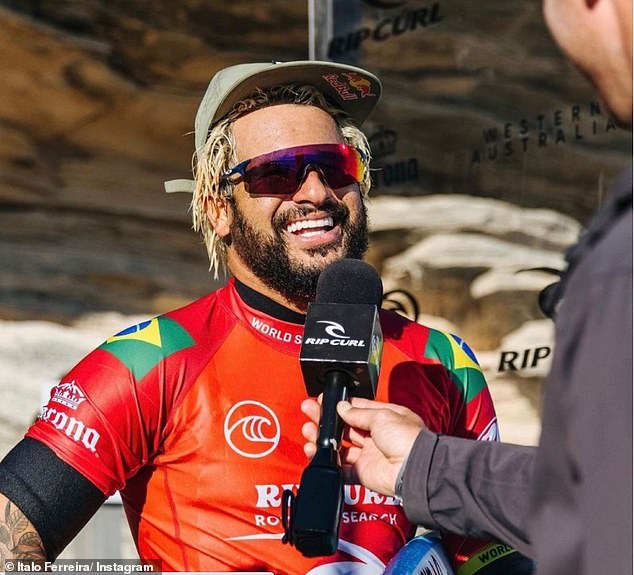 Ferreira and Medina will be Brazil’s male representatives at the Olympics and look in ominous form for the rest of the field. Medina has made four out of five finals in 2021 and his team-mate is the current world champion.

They will compete in a tournament format with a panel of five judges scoring their technical proficiency, power, speed, flow and wave selection.

The competition in Tokyo will be staged at Tsurigasaki Beach on the Chiba Peninsula on shortboards, with 40 athletes split evenly between men and women.

It would come as no surprise at all to see the ‘Brazilian Storm’ swirl through the Olympics this summer.