Home » Sport » 'It may take three years' – Sancho will come good at Man Utd but must look at Ronaldo for inspiration, says Schmeichel

'It may take three years' – Sancho will come good at Man Utd but must look at Ronaldo for inspiration, says Schmeichel

But the legendary goalkeeper says the winger must look to Cristiano Ronaldo for inspiration. 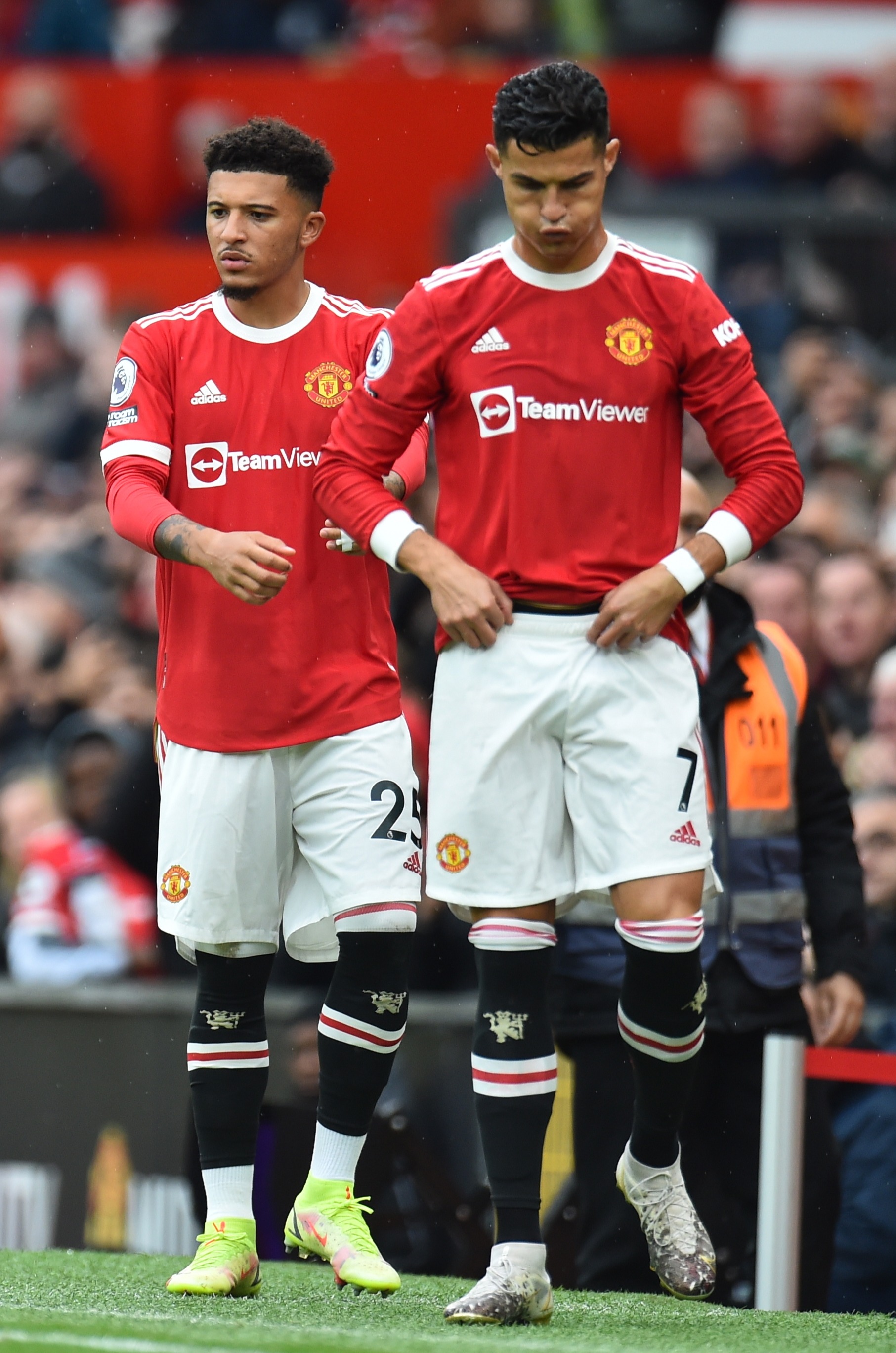 And even then, he warned it could take three years for the winger to be playing at his full potential.

Sancho has struggled to get his Old Trafford career off the ground just yet since his £73million summer transfer from Borussia Dortmund.

The England man only boasts three Premier League starts this season and is yet to register a goal or assist across all competitions for United.

But Schmeichel believes fans and pundits should not be worried about the 21-year-old – though he should tap into Ronaldo to learn how to make himself a success.

The Danish icon told the Seaman Says podcast: "You’re a young player in that squad, somebody like Jadon Sancho for instance.

"It’s a big, big, big price tag for him and it feels a bit heavy for him at the moment.

"That might take him two or three years to catch on to that but that then gives him maybe ten, 12 years after that.

"This is what Ronaldo gives. I was celebrating when I heard he was returning, running around like crazy in my garden even though I can’t run."

Ronaldo came back to the Red Devils after 12 successful years with Real Madrid and Juventus.

And it did not take the 36-year-old long to settle back in, scoring twice on his debut.

He may not have found the net in his last three league games but Schmeichel is still buzzing the five-time Ballon d'Or winner chose United over rivals City.

Treble-winner Schmeichel, who played for both clubs, added: "I never thought for one moment that the move to Manchester City was going to happen.

"I think that was a clever plot by Jorge Mendes to get this deal over the line.

"They’d be talking for a long time and it took a little bit of time at the end to make sure that it happened.

"I absolutely love the fact he’s back at United. It’s created such a buzz at the club."