JAKE PAUL and Tyron Woodley have upped the stakes for their boxing match – agreeing the loser will get the winner's name tattooed on them.

YouTuber star Paul is set to throw down with the former UFC welterweight champion in Cleveland, Ohio next month. 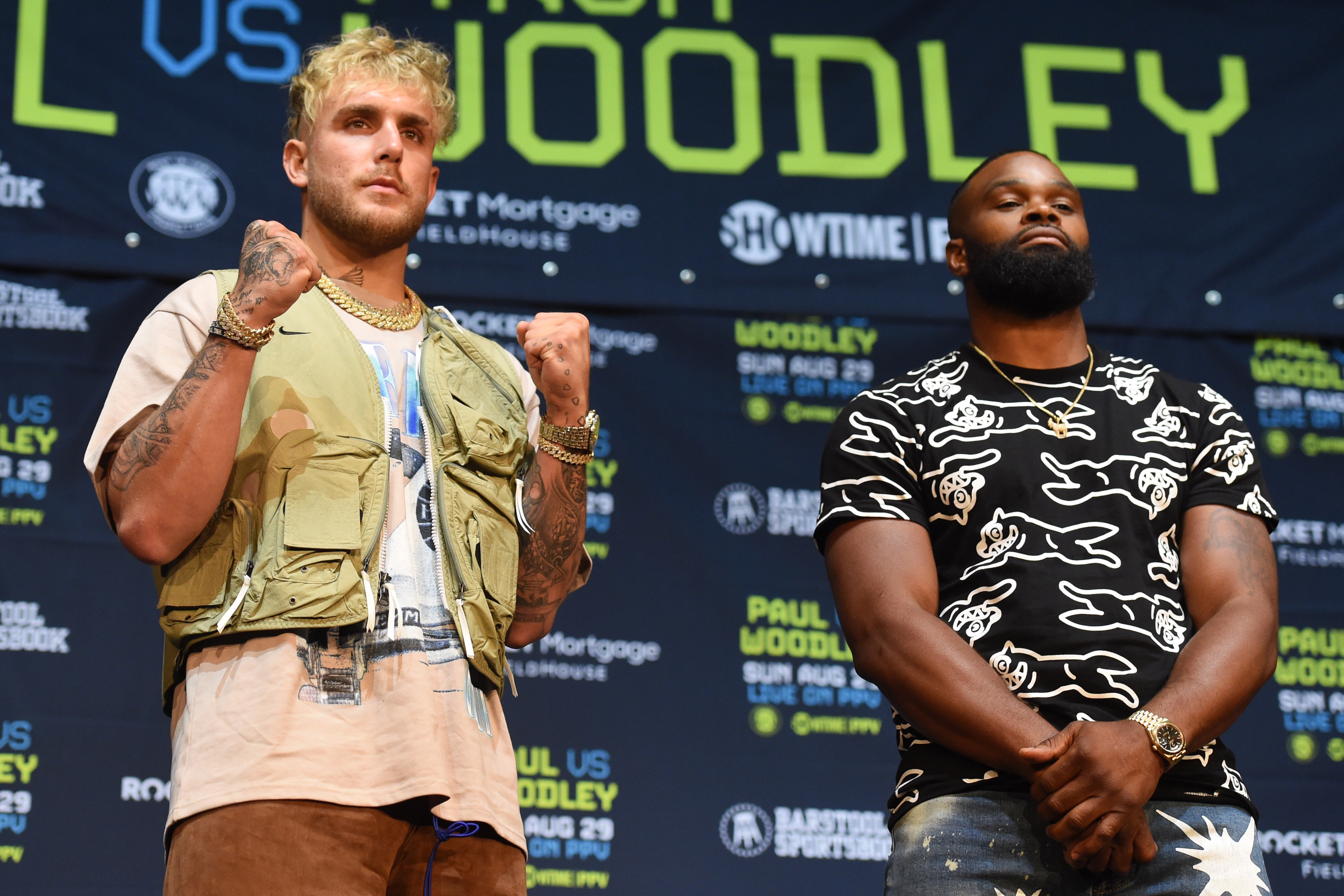 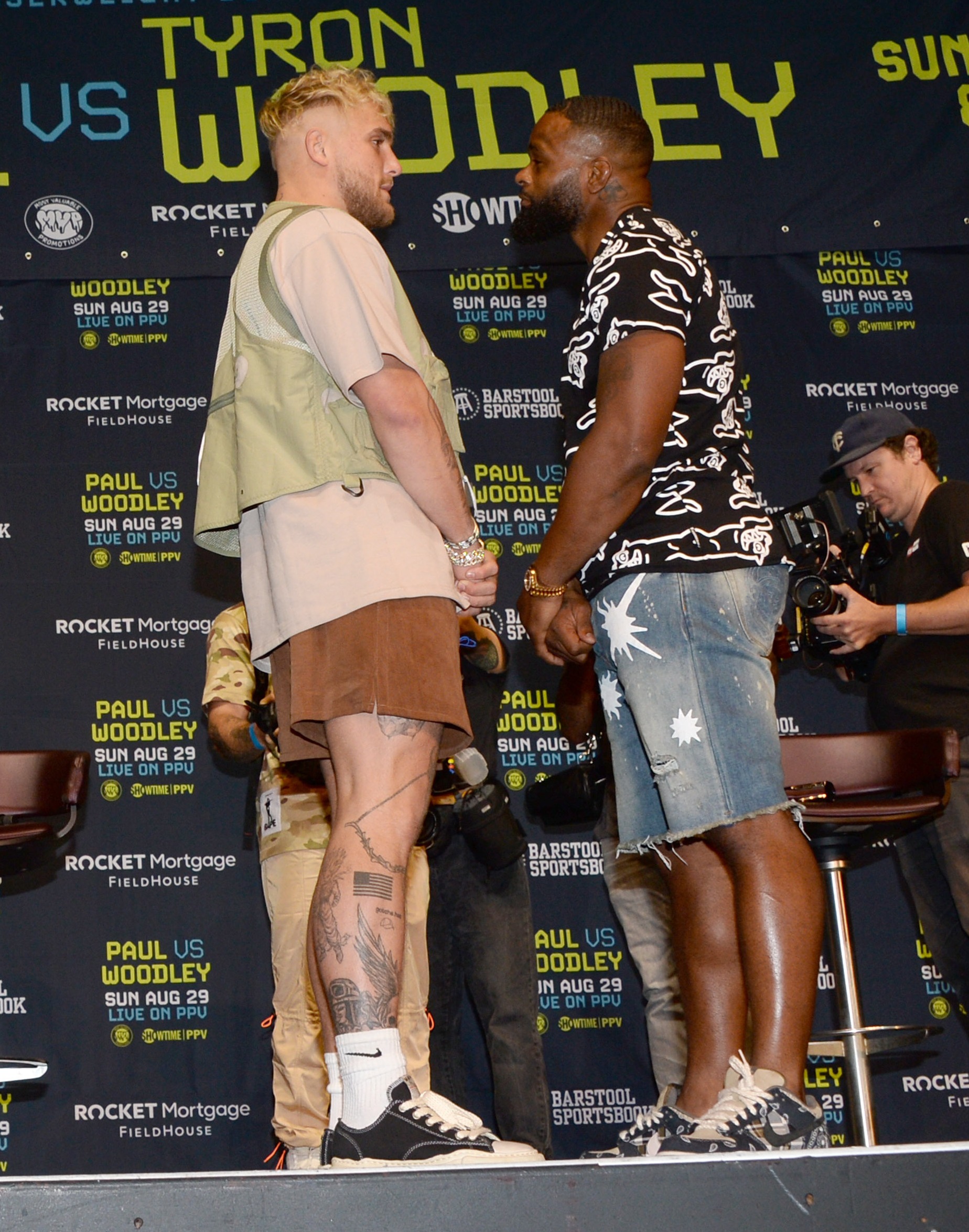 Woodley, 39, will bid to avenge his good friend Ben Askren's brutal first-round KO loss to The Problem Child in April.

But The Chosen One could end up having Paul's name permanently etched on his body if he loses their showdown.

During the pair's second pre-fight press conference on Tuesday, Paul said: “So how about this, let’s make a new bet right now.

"Let’s make a new bet — if I beat you, you have to get ‘I love Jake Paul’ tattooed on you.

"But if you beat me, I get ‘I love Tyron Woodley’ tattooed on me and you have to post it on your Instagram feed.

“Deal or no deal? Are you confident or not? This guy has no f***ing confidence."

Woodley, who became a free agent after losing to Vicente Luque in March, didn't hesitate to up the stakes.

He asked the crowd: “Y’all think I should do it? Bet. Deal.”

Fight fans were quick to comment on the wager, with one saying: "Jake didn’t want Woodley to take the bet lol."

Another said: "I feel like Jake didn’t expect him to take the bet lmao, he didn’t say a word after."

Woodley lost his last four octagon outings but is confident of derailing the Paul hype train.

Woodley has never boxed as a professional but believes his clash with the younger Paul brother will be the 'easiest fight' of his life.

"Basically, they brought me in to take out the trash.

"This is getting done for the culture, the whole MMA/boxing community, to rid this guy of combat sports.” 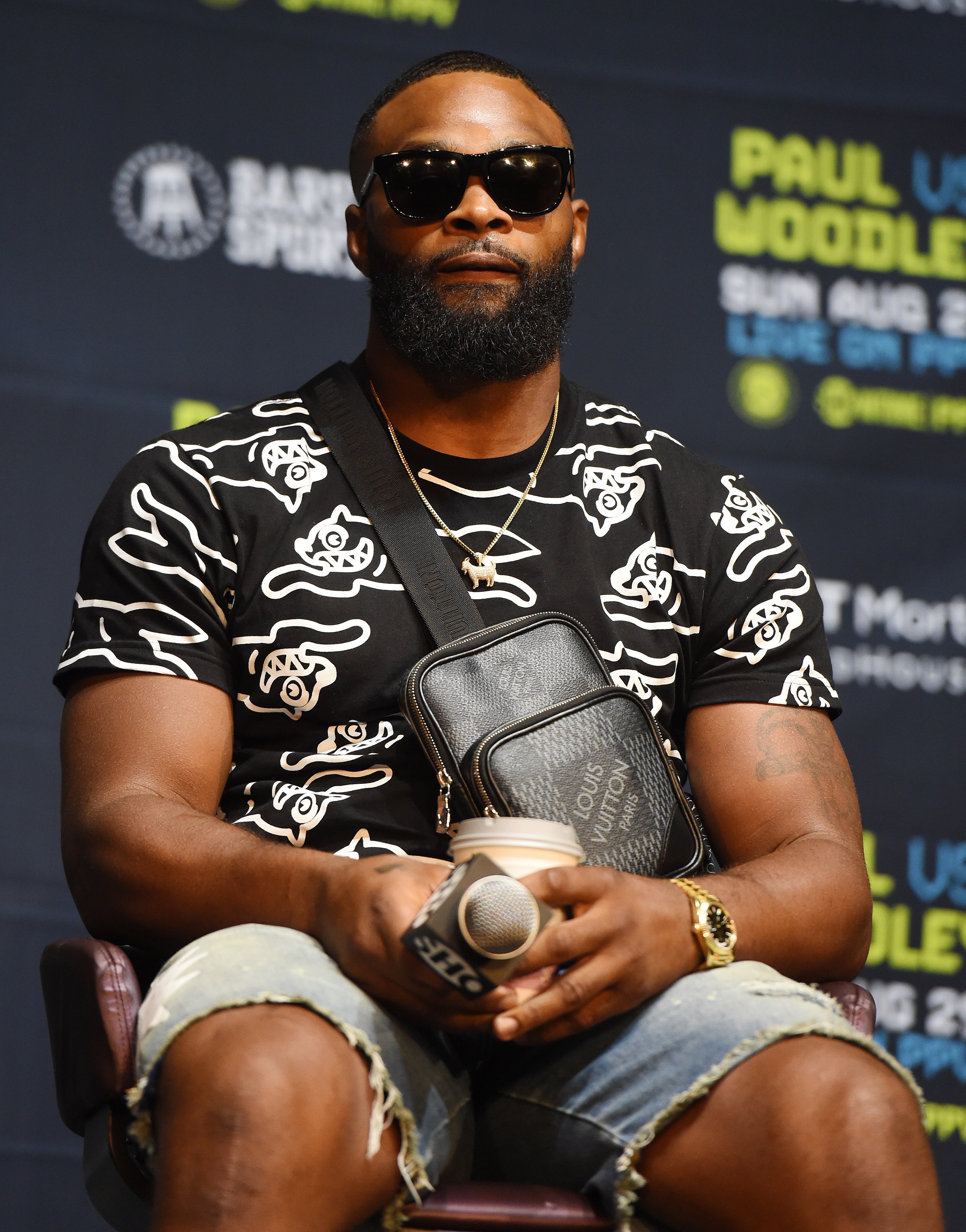