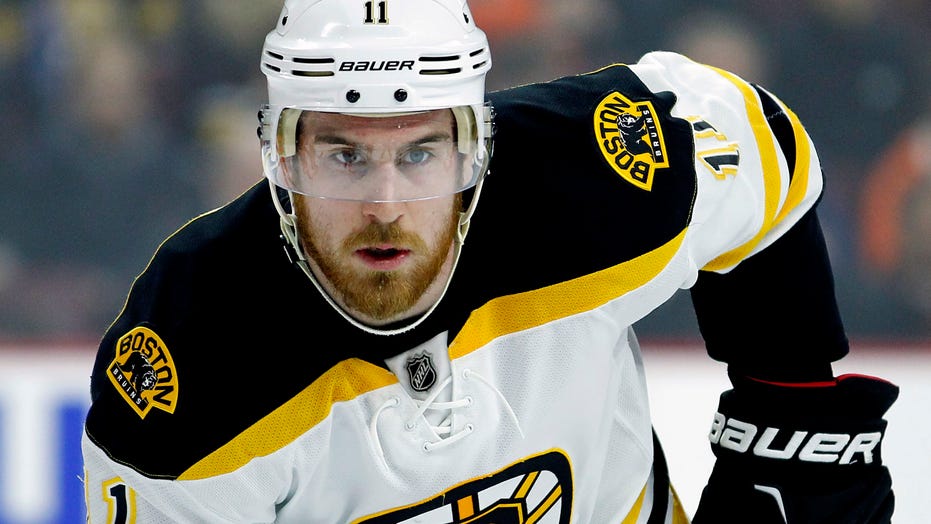 The wife of Jimmy Hayes, the former NHL player who was found dead in his home just outside of Boston on Monday, posted a brief but heartfelt message about her husband’s passing on Tuesday.

Kristen Hayes shared a picture of the couple holding their two sons, 2-year-old Beau and 3-month-old Mac, to her Instagram stories. 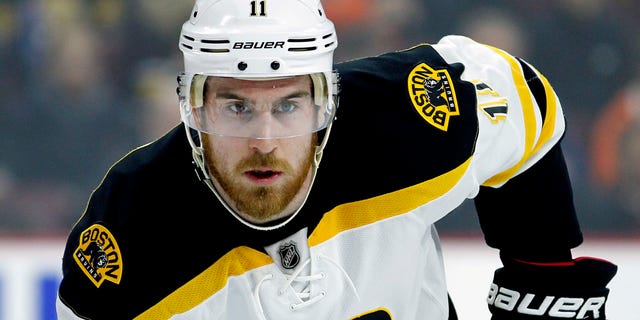 Boston Bruins’ Jimmy Hayes looks on during an NHL hockey game in this Jan. 13, 2016, file photo. Hayes, who won a hockey national championship at Boston College and went on to play seven seasons with four teams in the NHL, has died. He was 31. (AP Photo/Tom Mihalek, File)

Authorities were called to Hayes’ Massachusetts home, where the 31-year-old was pronounced dead, according to the Boston Globe. The cause of death was not immediately known but the outlet reported that it is not considered a suspicious death.

Hayes appeared to be celebrating the birth of one of his sons over the weekend according to pictures posted on social media.

“Yesterday I lost my best friend, my brother. My whole life it has always been Jimmy and Kevin or the Hayes brothers. I have followed you around since I can remember and I wouldn’t want it any other way. Whether it was youth hockey, Nobles, Boston College or the NHL, you paved the way for me. You taught me everything I needed to know in order to succeed. You lit up every single room you walked into with your smile and positive attitude.”

His post continued: “Everyone wanted to be around Jim, the big, goofy, horrible dancer, funny, genuine and kindest person around. I will never forget the times we shared or the memories we made and know that I will try my hardest to have your legacy live on. Our world lost someone special and I don’t know if I will ever be the same but till we meet again, I LOVE YOU JIM!”

Hayes was selected by the Toronto Maple Leafs in the second round of the 2008 NHL Draft and would go on to play for the Chicago Blackhawks, Florida Panthers, Boston Bruins and New Jersey Devils.