KHABIB NURMAGOMEDOV will NOT be stripped of his lightweight title, as Dana White said there is 'still a chance' he comes out of retirement.

The lightweight champion retired in October, but White has since tried to talk the superstar back for one final fight. 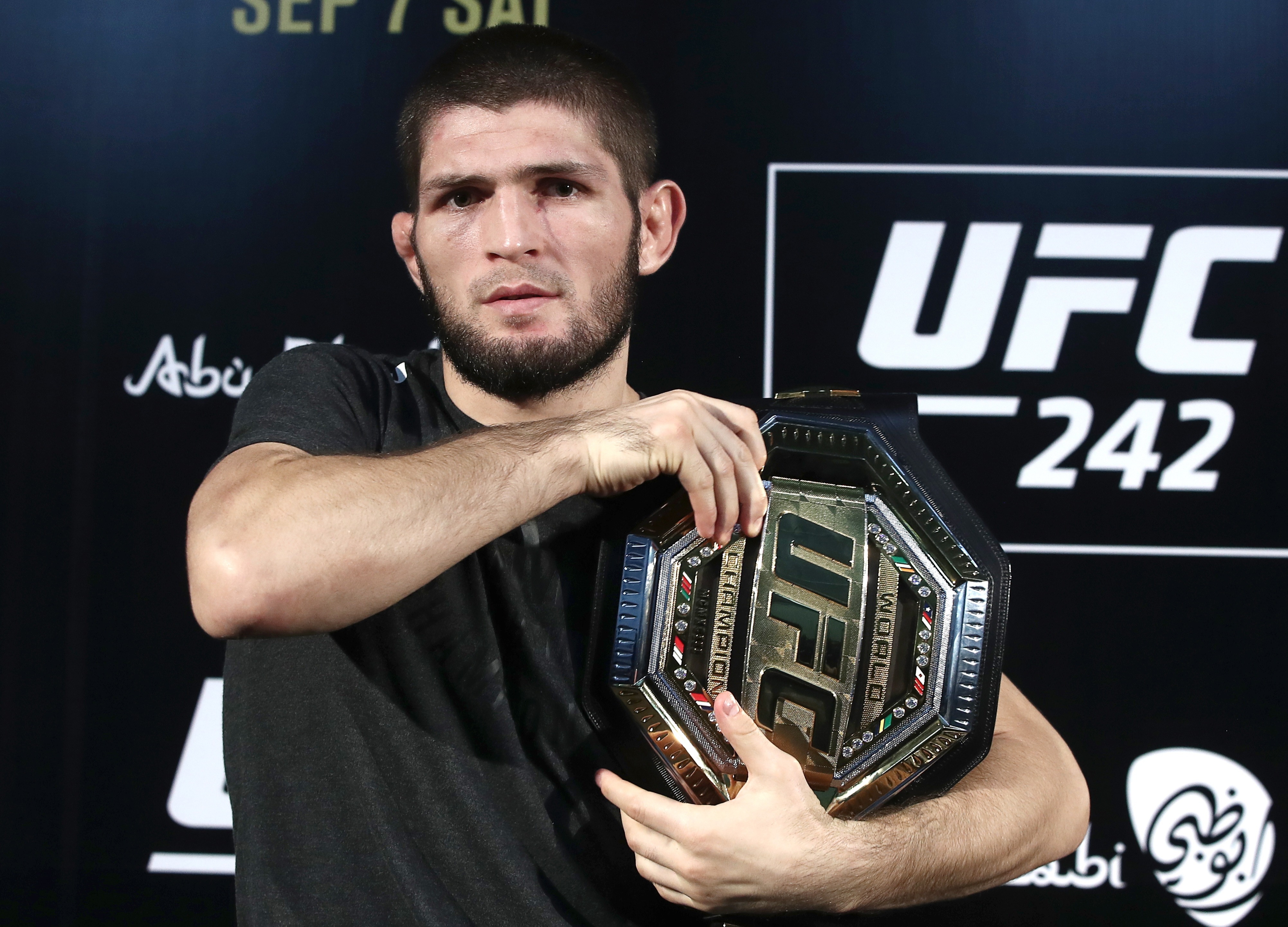 Nurmagomedov, 32, is in Las Vegas for UFC 259 to corner team-mate Islam Makhachev, 29, and will meet with the promoter once more.

White plans for several of his lightweight contenders to fight each other, and hopes then unbeaten Khabib will make a definitive decision.

He said: "We're going to have dinner on Saturday or Sunday and just talk and see.

"I think a lot of these fights have to play out in that division. From [number nine] all the way up to number one, they're incredible fights.

"You can mix or match them any way you want and they're really good fights.

"Let some of these play out to see who will fight next for the title. I think if Khabib is interested, he'll take the fight.

"You don't see Khabib saying, 'Leave me alone. Stop asking me'. So there's still a chance. That's the way I look at it."

Khabib hung up the gloves after the first fight since the loss of his influential father Abdulmanap, who passed away aged 57 in July.

But he always maintained it was always his dad's dream to see him walk away from the fight game 30-0.

With Khabib one win away from doing so, White is holding out hope he will be tempted into one final fight.

After Conor McGregor, 32, was beaten by Dustin Poirier, also 32, – both ex-opponents of Nurmagomedov, he dropped plans for a comeback.

But the lightweight pair are set for a summer trilogy, while Michael Chandler, 34, Charles Oliveira, 31, Justin Gaethje, 32, and Tony Ferguson, 37, are all still contending.