LIVERPOOL keeper Alisson has aimed a thinly-veiled dig at Premier League referees after conceding a contentious goal against West Ham.

The Reds shot-stopper is currently away on international duty with Brazil and he kept a clean sheet in their 1-0 win over Colombia on Friday. 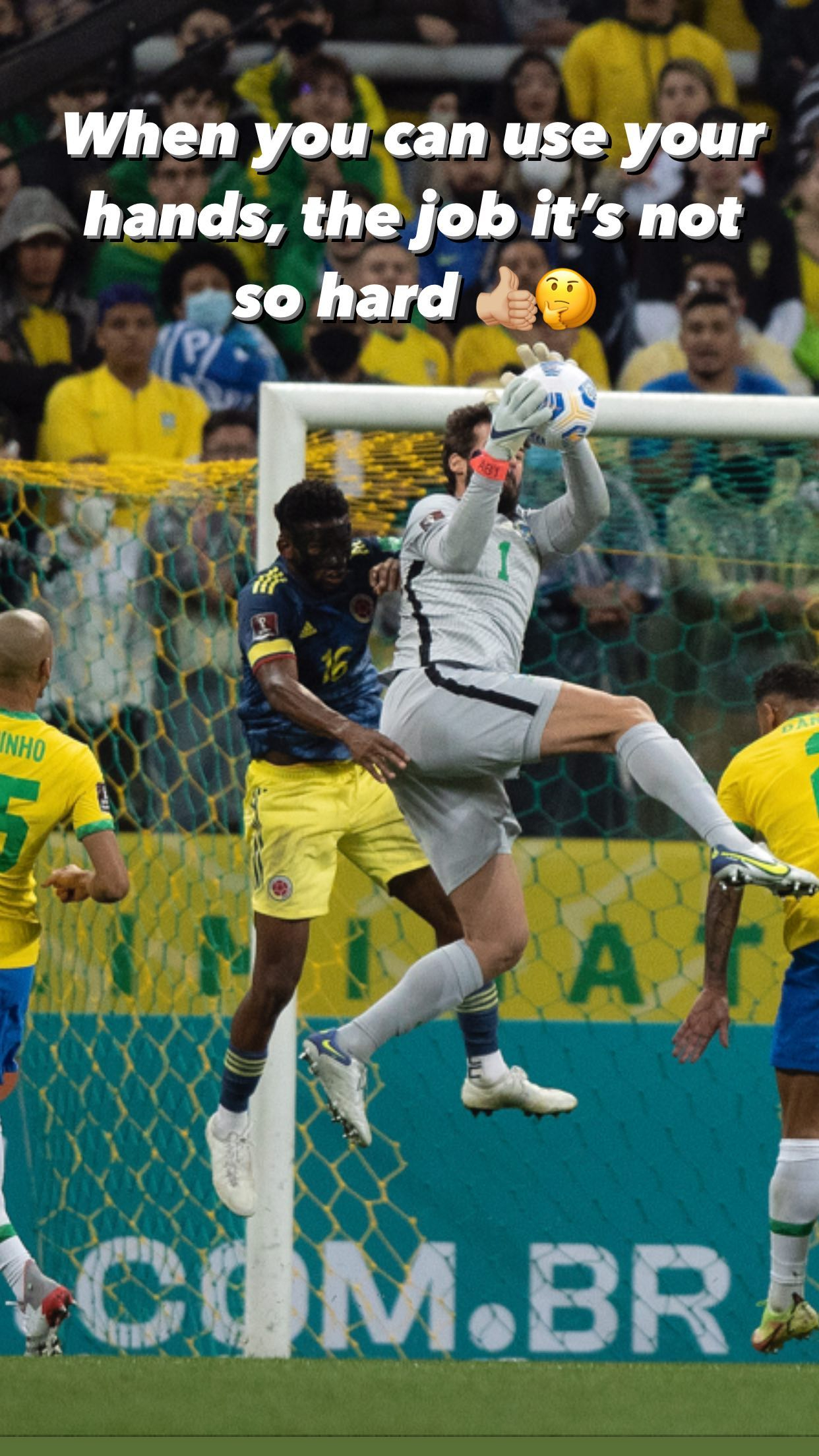 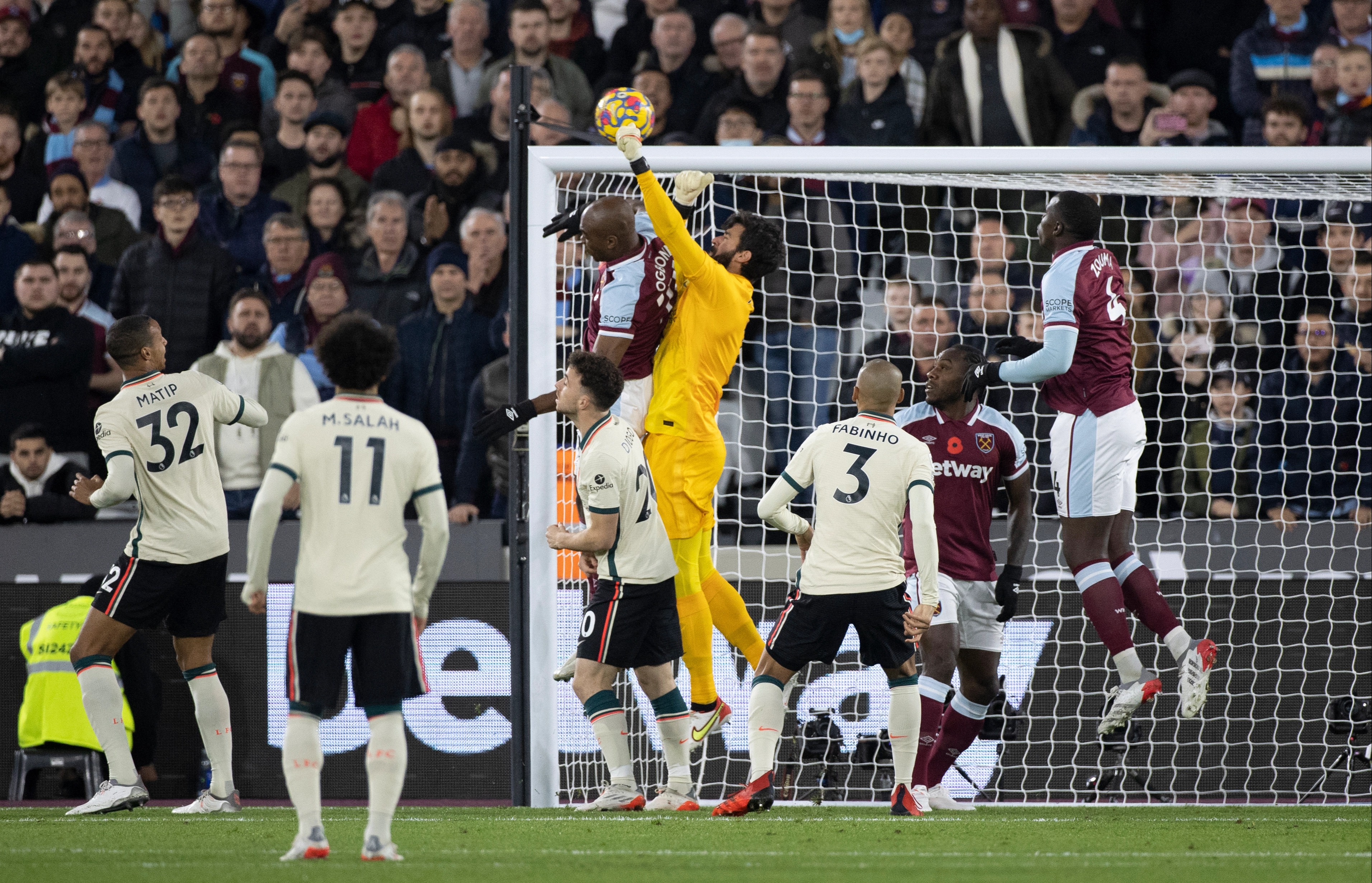 But five days prior to their win Alisson was left raging after he felt he had been impeded at the corner which led to West Ham's opening goal against Liverpool.

Pablo Fornals' inswinging corner was flapped at by Alisson as the ball found its way into the back of the net.

The Brazilian felt he had been blocked by Angelo Ogbonna, but ref Craig Pawson was unmoved.

And now he appears to have referenced the decision following Brazil's win over Colombia.

Speaking on Instagram alongside a picture of him claiming a ball in the air, he said: "When you can use your hands, the job it's not so hard."

After the match between West Ham and Liverpool, Hammers striker Michail Antonio explained it was their plan to target Alisson.

He said: “The whole plan was stick it in straight on the keeper and we’ll challenge.

“We saw they struggle with the ball coming in — all we had to do is keep it away from Virgil van Dijk.”

Liverpool went on to lose 3-2 to West Ham, their first Premier League defeat of the campaign.

But Alisson and Brazil have not yet been beaten in World Cup qualification as they secured their place in Qatar with the victory over Colombia.

Brazil have dropped just two points in 12 qualifiers so far ahead of their Monday night clash with rivals Argentina.

The five-time World Cup winners have not won the tournament since 2002.