BAYERN MUNICH were thwarted by Mainz as they aimed to win the Bundesliga title with three games to spare this afternoon.

Hansi Flick's men found themselves two goals down at the interval, having delivered a lacklustre performance. 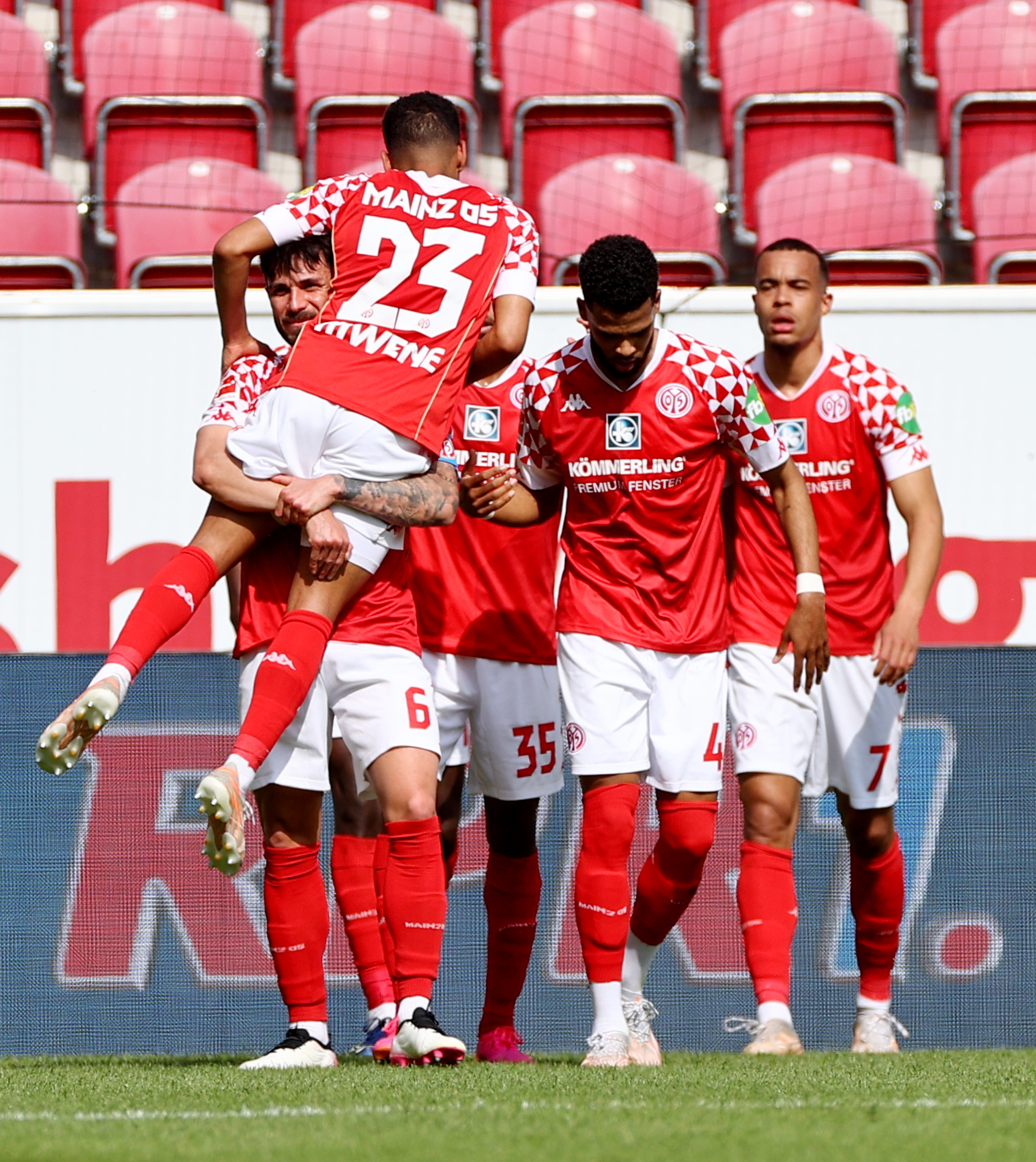 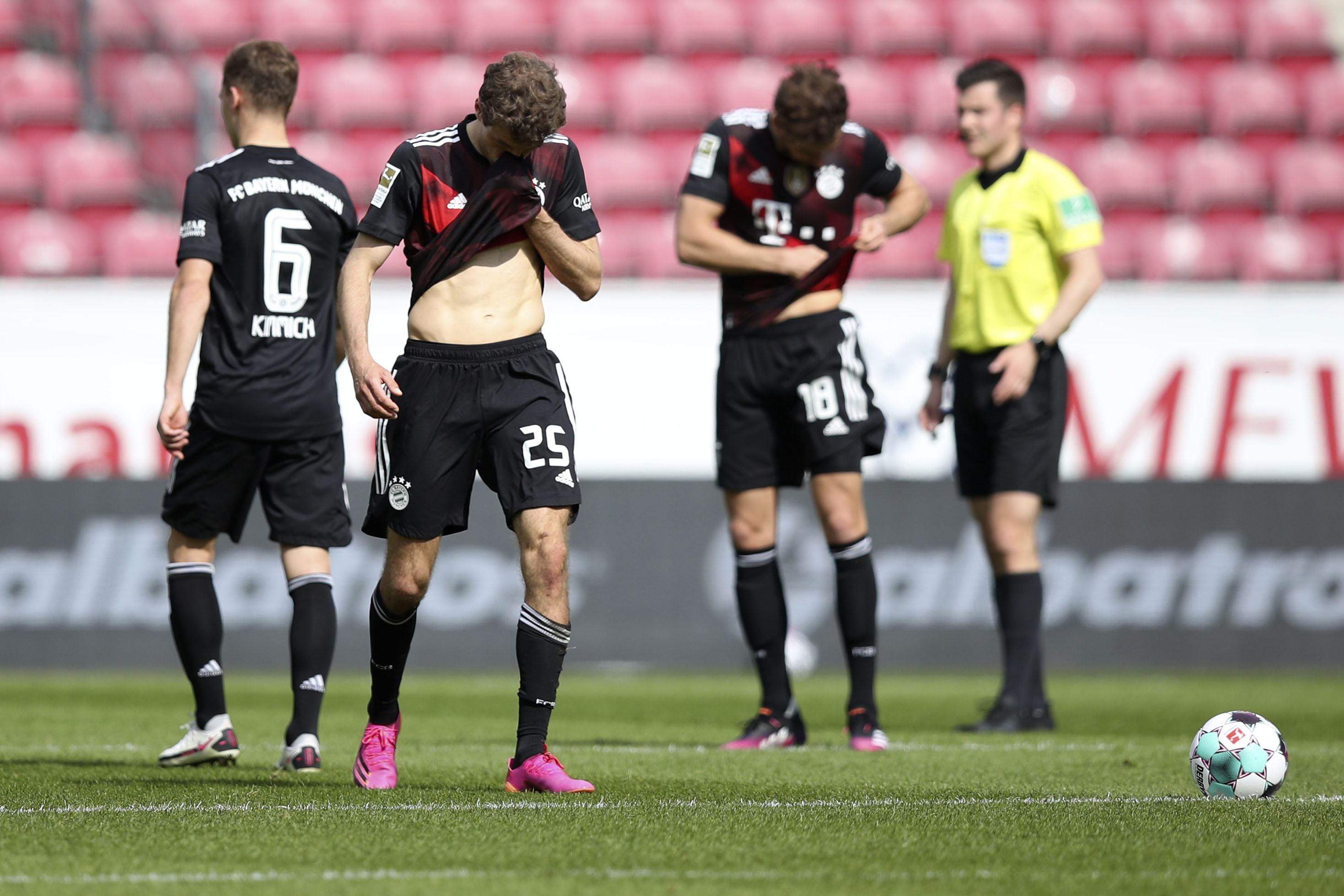 And even the returning Robert Lewandowski couldn't inspire them to a comeback, although the Pole did get on the scoresheet late on.

Jonathan Burkardt gave Mainz the perfect start after just three minutes, when he turned on a sixpence before firing past Manuel Neuer.

Danny Latzka then nearly made it two, but saw his header denied by Germany's No1.

Lewandowski then skied a presentable chance to equalise, before Mainz extended their lead after 37 minutes.

Robin Quaison nodded Philippe Mwene's free-kick beyond the helpless Neuer to put Bo Svensson's side in a commanding position going into the interval.

Flick, who is set to depart at the end of the season, made three changes at the break – introducing Eric Maxim Choupo-Moting, Jamal Musiala and Tanguy Nianzou.

But Bayern still struggled to break down Mainz's stubborn defence – despite finishing the game having had 73 per cent of the ball.

Lewandowski did manage to grab his customary goal with virtually the final act of the match. 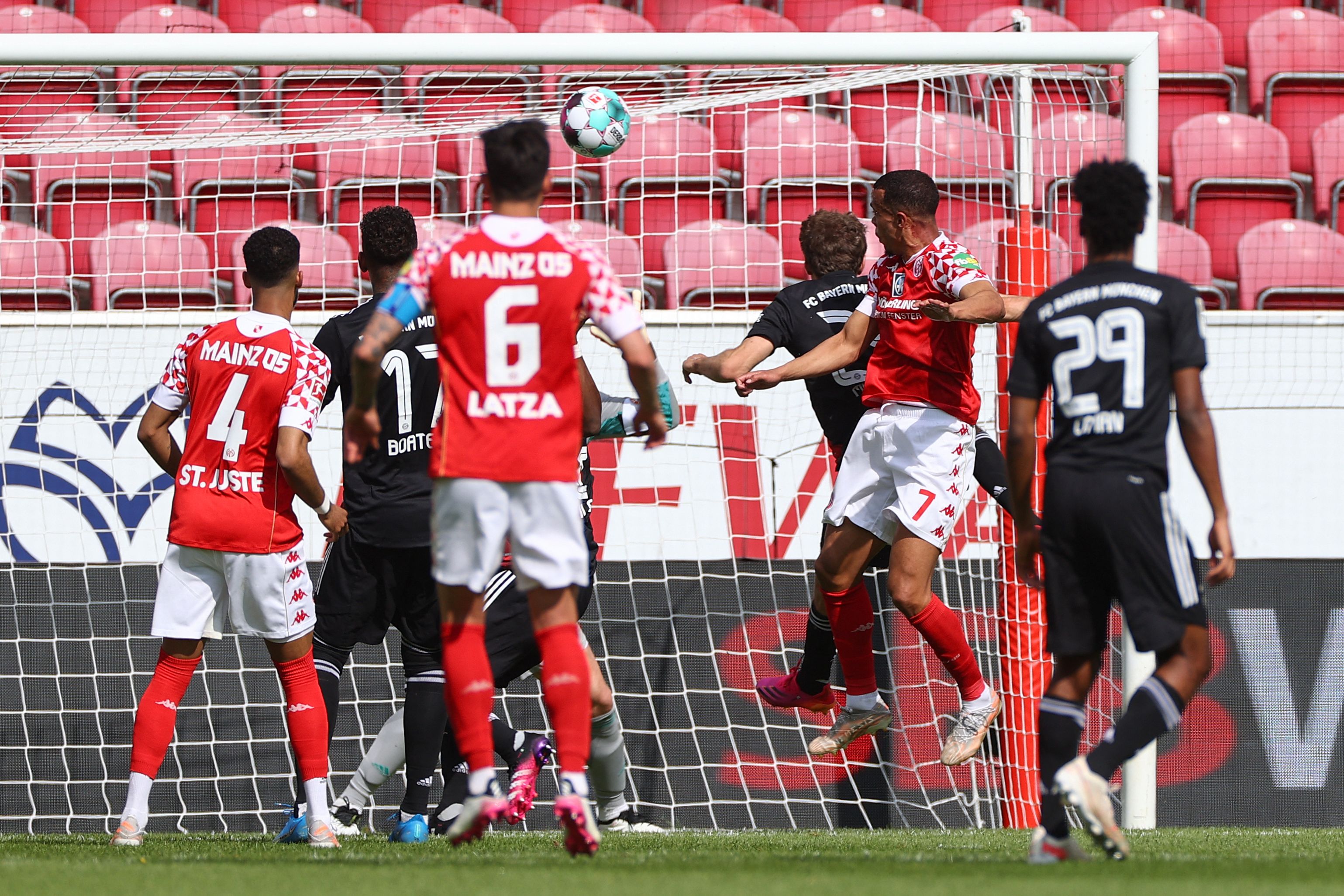 The reigning champions are ten points clear of Julian Nagelsmann's side, who still have four games remaining.

Bayern also possess far superior goal difference to RB Leipzig, at plus 46 compared to plus 28.

With Flick having announced his intention to leave at the end of the season, RB Leipzig's coach Nagelsmann may well end up at Allianz Arena next term.

Although the 33-year-old is also a main contender for the vacant Spurs job this summer.