Majority of female athletes support the inclusion of transgender women

The wellbeing of LGBTQ+ children has once again become a political football in Australia. The latest chapter involves claims by Liberal candidates in NSW and Tasmania that transgender girls and women are a safety risk to others in sport.

This debate has left an impression that this topic is a serious concern to women and girls in sport. This is not supported by research conducted in Australia, England and Canada. 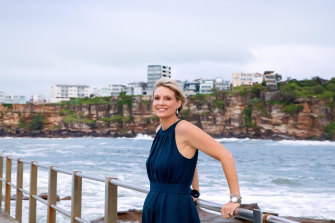 Liberal candidate for Warringah Katherine Deves has campaigned for trans women to be excluded from women’s and girls’ sport.

This research has found most women who play sport are not concerned about the inclusion of transgender women and girls. Indeed, only a minority of women believed trans women have an “unfair advantage”.

For example, there is little public advocacy by men for the urgent action needed to protect women from pervasive sexist behaviours in sport, sexual harassment, or to improve substandard training facilities.

Researchers at Monash University recently surveyed athletes from six sports (including Aussie Rules Football and cricket) at 12 randomly selected community sports clubs. The study found less than a quarter of women (24 per cent) believed “trans women have an unfair advantage when they play on a female sport team” whereas nearly half of men (46 per cent) believed this to be the case.

These findings are consistent with other research conducted in 23 different sports, including team sports (e.g. soccer, netball and Aussie Rules) as well as full-contact individual sports (e.g. kickboxing and taekwondo).

The findings of survey research are consistent with interviews and focus groups we conducted with women’s rugby union players in Australia, England and Canada. We found the majority of women expressed strong support for the inclusion of trans girls and women in rugby, while a minority supported exclusion.

We explored the concerns of some of our participants and found they supported exclusion in only narrowly defined circumstances, such as a professional male athlete who transitioned later in life. They did not support the blanket-ban of trans women and girls which had been instituted by World Rugby’s (primarily male) leadership. The opposition of women to World Rugby’s ban is important because it is often used by those advocating for a ban of trans girls and women from other sports.

Although most women support the inclusion of trans women and girls, it is important to respect the legitimate (as opposed to ideological) questions of the minority of women about potential disadvantages and safety risks. There is little value in rejecting their concerns and labelling them as transphobic. Education would be better.

Women may be unaware that the law in Australia (and in other countries) allows sport governing bodies to exclude trans athletes on a case-by-case basis. This fact has been lost in the heated debates. The law requires the vast majority of trans girls and women to be allowed to play women’s sport, but in rare instances where there is clear evidence of an unfair strength, size or speed advantage, athletes can be legally excluded. Indeed, the IOC recently recommended this approach.

Women with concerns may also be narrowly focused on elite or professional sports. They may not understand the implications for children and may be unaware that trans children are one of the most marginalised groups in society, they experience poor health across nearly every health indicator (including very high rates of suicide), and that trans children could gain many important health and psychosocial benefits from playing a sport that aligns with their gender identity.

Finally, it would be good to find ways to harness the passion of men on this topic, and refocus it toward finding solutions for issues which women consider to be serious problems. For example, male coaches, captains, and sport leaders have a critically important role to play in stopping the pervasive use of sexist and homophobic banter by other men.

Men can also be powerful allies in efforts to lobby governments and corporate sponsors for equitable funding for women and girls, which women consider to be the main source of unfairness in sport.

Erik Denison is a behavioural science researcher with Monash University’s School of Social Sciences and Richard Pringle is a Professor with the Faculty of Education. They conduct research focused on developing effective ways to eliminate barriers to participation in sport.