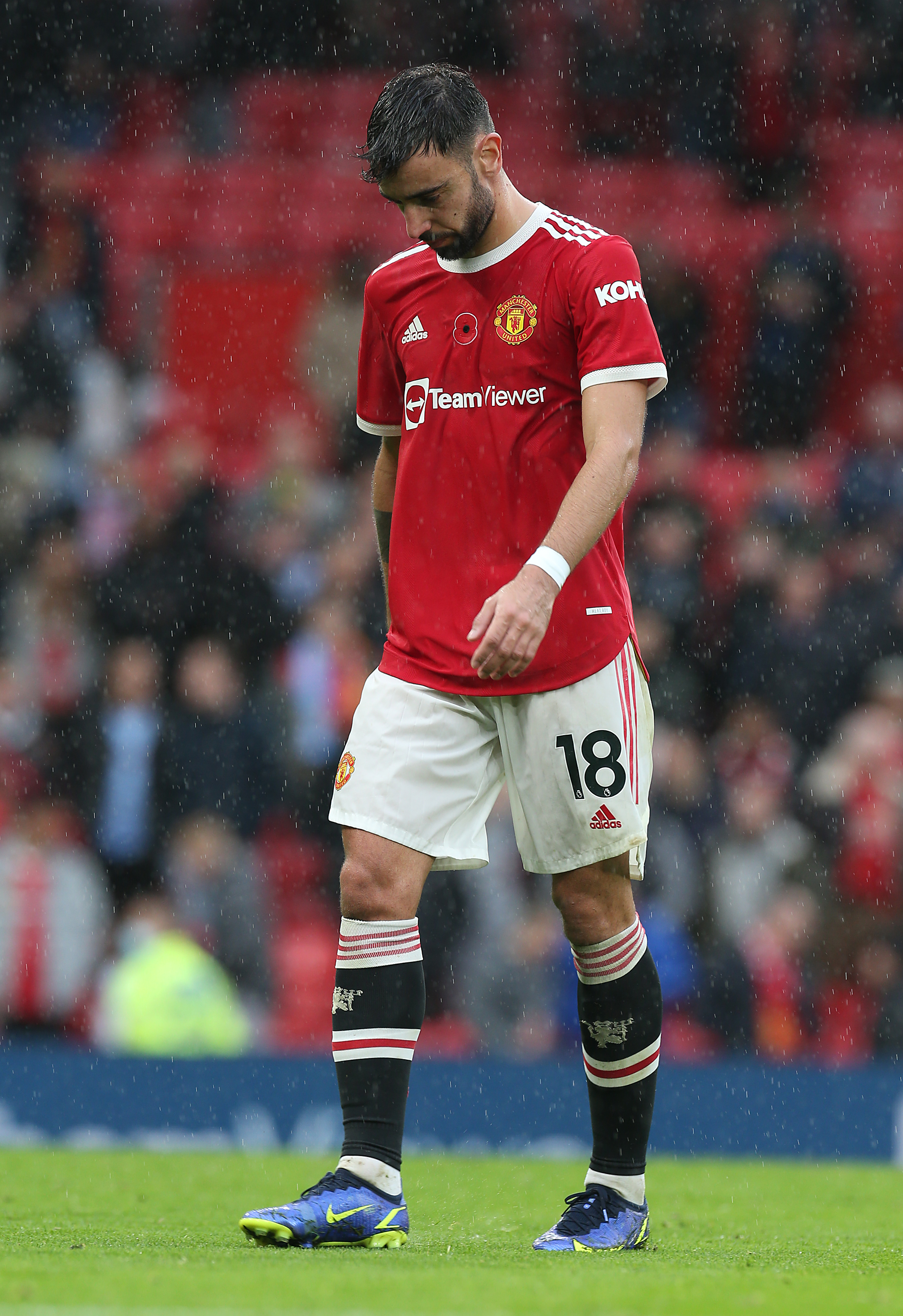 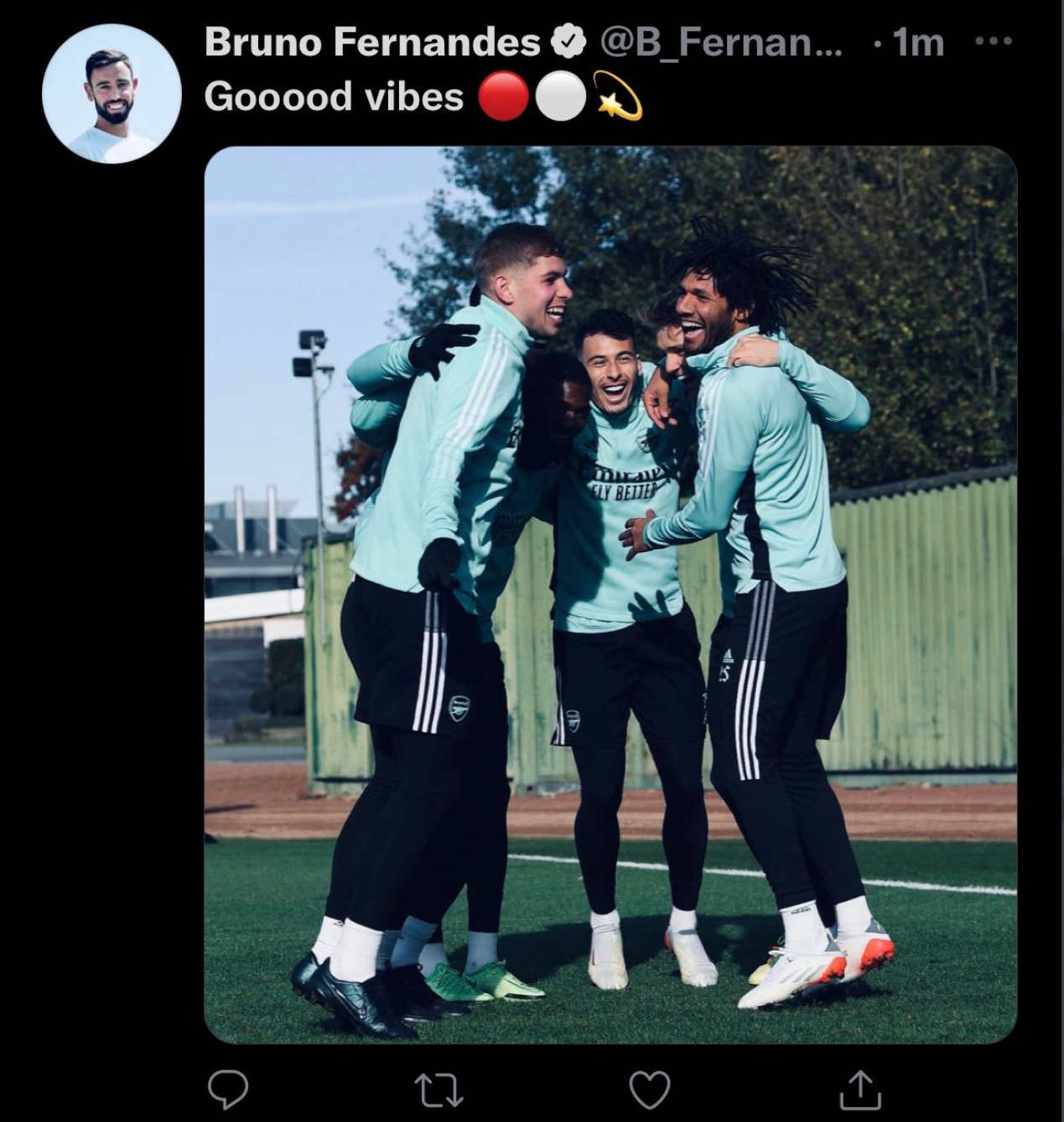 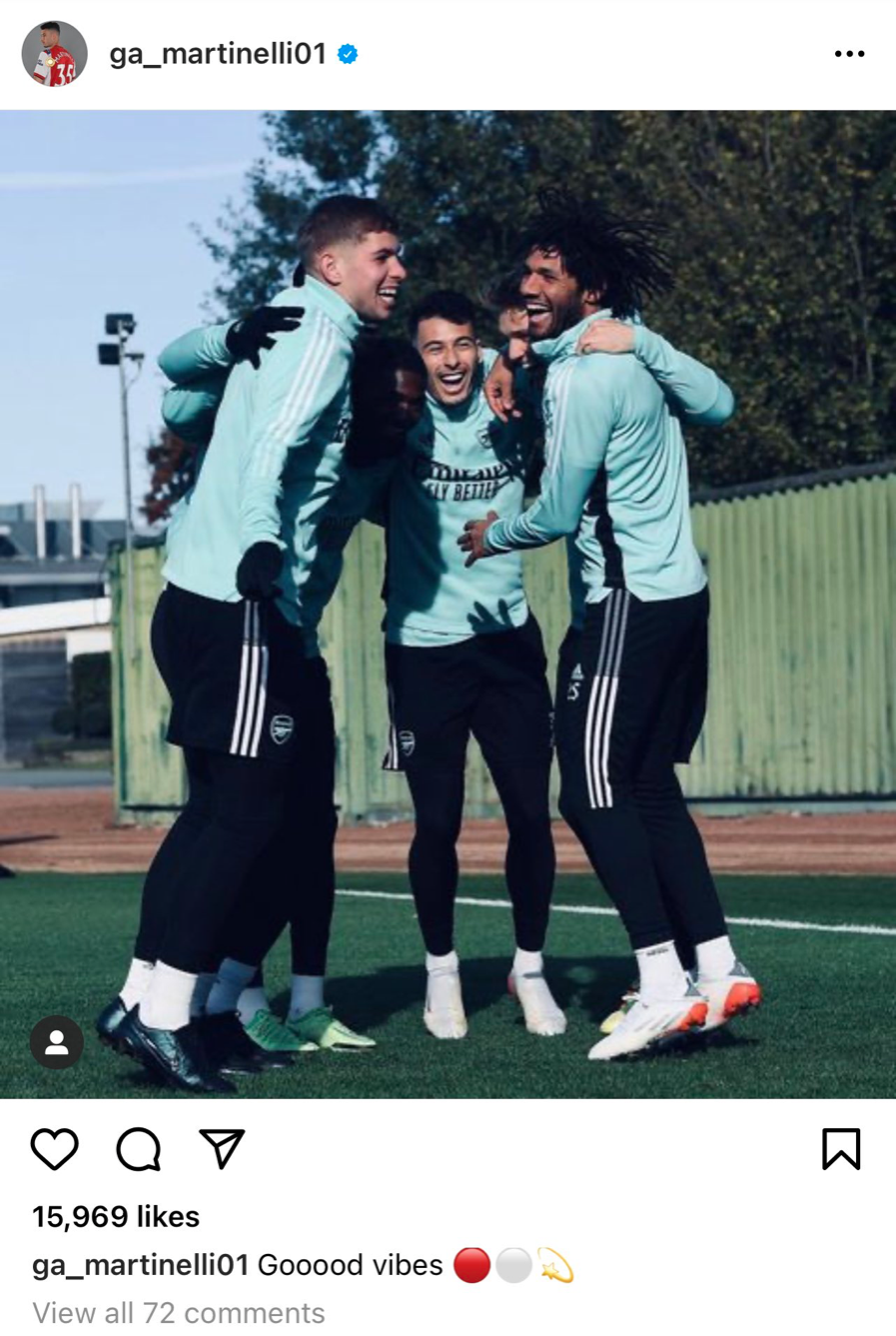 But fuel was added to the fire when Fernandes' Twitter account – likely ran by the same social media manager as Arsenal star Gabriel Martinelli – posted a pic of some Gunners stars with the caption 'Gooood vibes'.

Martinelli's Instagram had the exact same picture and caption.

"I presume one of them is Portuguese and they share the same social media team. Either way this is a f***ing disaster.

Another said: "I’m beginning to hate him bro, this entire squads mentality reeks."

IS your downtime as epic as it could be?

You can get 50 free spins at PokerStars Casino. Boom.

One said: "Two of the funniest howlers this week has been Antonio Conte using the Arsenal song on IG and Bruno Fernandes tweeting Martinelli training photo.

"What a week it will be if we win tomorrow."