HARRY MAGUIRE made it back-to-back openers for England when he headed home against San Marino on Monday night.

The centre-back connected with a Phil Foden corner for the first of the Three Lions’ 10 goals against minnows San Marino. 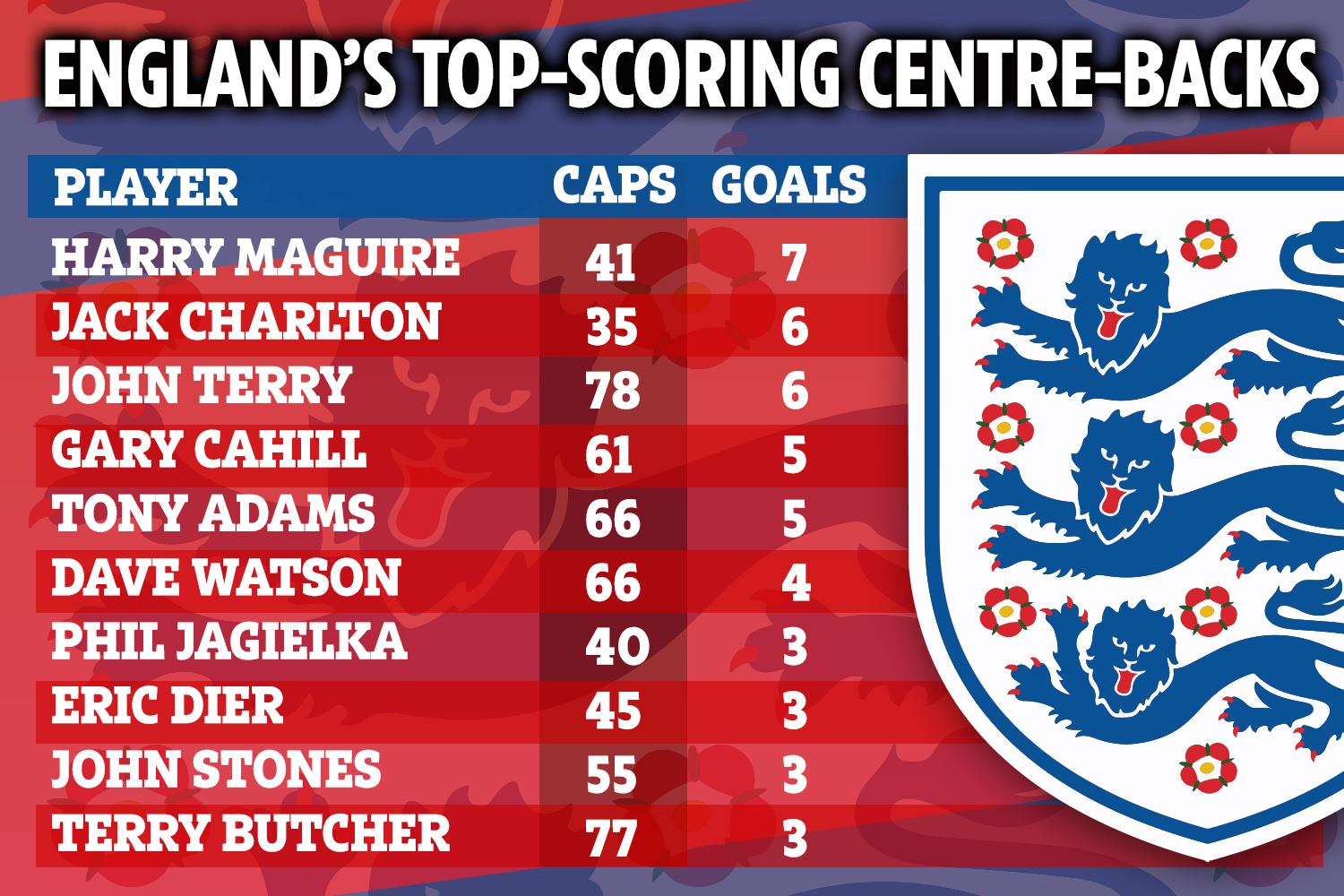 That followed his early goal against Albania last Friday when he lost his man at the back post to head home a Reece James free-kick.

The 1966 hero managed to notch six goals in his relatively short England career – he was capped 35 times after being called up just before his 30th birthday.

Next on the list behind Charlton is former captain John Terry, who also scored six but needed more than twice as many games to do so.

JT’s ex-Chelsea team-mate Gary Cahill comes in at No.4 with five goals in 61 caps, just ahead of Tony Adams who needed 66 games to bag the same number.

Multi-club man Dave Watson stands alone as the only centre-back sitting on four goals for the national side.

He is also the most-capped England player never to have appeared at a World Cup finals – as football trivia fans will know.

Six centre-backs have scored three times in the famous white shirt, with Maguire’s current team-mate John Stones among them.

He is joined in the trio-club by Phil Jagielka, Eric Dier, Rio Ferdinand, Billy Wright and the great Terry Butcher, who hung up his England boots after Italia 90.