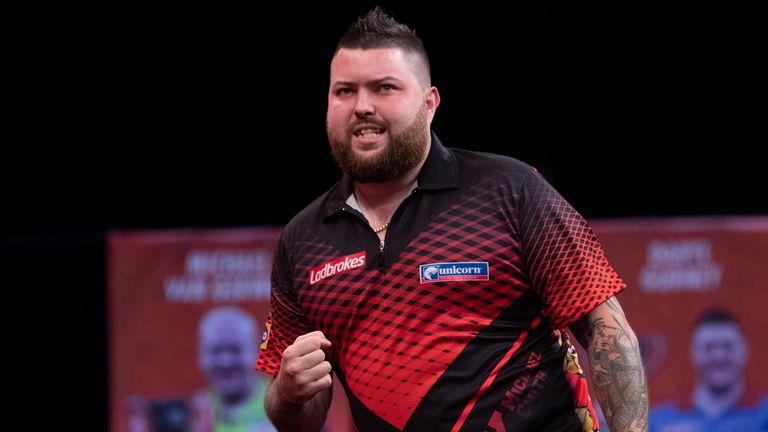 Michael Smith may feel aggrieved at his Premier League omission, but he is going about his business in order to set the record straight.

The Bully Boy enjoyed a fruitful four days at the latest Super Series in Niedernhausen, winning his first title of 2021 on Sunday.

Away from the bright lights of the Premier League – a competition in which he had competed in four of the previous five years – he is going about his business impressively.

Michael Smith picks up his first title of the year at Players Championship 10, defeating Ross Smith 8-5 in the final in Niedernhausen. pic.twitter.com/v4NScA7cIj

Nonetheless, the exclusion from the 10-strong tournament fielded still stings.

“It’s a strange feeling really. I’m gutted I’m not in it. I’ve expressed that multiple times,” he says, echoing a sentiment he expressed after his win in Germany on Sunday: “I felt like I should be in the Premier League. No disrespect to the 10 players who are in, but I felt like I should be in ahead of them and that was a point to myself that I’m still good enough.”

“You’ve got people who have gone in front of him. Jonny Clayton for instance – he’s won the World Cup and he’s also gone on and won the Masters. Two big tournaments on the TV. Jose de Sousa has won the Grand Slam. Dimitri won the Matchplay.

“Michael has oodles of talent. When he’s in full flow, he’s an absolute joy to watch. He’s given himself opportunities to win majors and big events, and he hasn’t quite done it.

“If I were him, I’d just knuckle down, keep practicing the way he is, keep trying to get results, keep pushing. Don’t vocalise it. Don’t tell everyone what you’re going to do. Knowing the PDC as I do, they’ll just say ‘Prove it to us. Prove why you should be in the Premier League.’

“And without doing that, you’re not going get a wildcard. If he can get his head back on, which he obviously has, he threw some good stuff at the weekend, push himself back up the rankings, he can’t be ignored.”

However, Smith is keen to take the positives.

“The good thing is I’m getting extra days at home with the kids,” he noted, when chatting to Sky Sports before he jetted off to Germany. With added quality time with his family, as well as a mountain of work at home between laying pipes and tending to livestock, he has more than enough on his plate.

“I’m keeping myself busy and occupied. If I’m in the Premier League, I can’t do stuff like that. It’s good and bad,” he noted.

“I’m outside, trying to fill pens. You’ve got the orchard to look after. The kids are busy, just watching over them making sure they don’t mess about!

“I’m just enjoying it. Before lockdown, I’d be lucky if I got four or five weekends at home. Obviously that’s when the kids are off school. It’s hard, I’ve got three days a week with them. It is weird – I’ve had a year now to spend every single day with them. It has been good.

“But it’s a sad way that I’ve got that time with them because of the pandemic.” 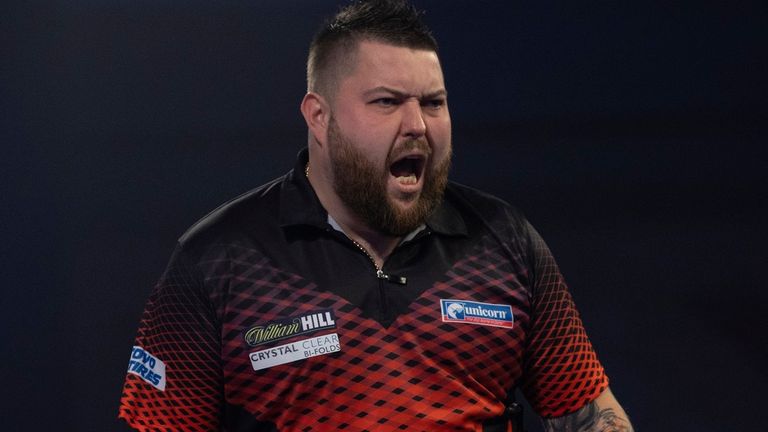 In the past, he has been booked up on Thursday nights, travelling around the UK and Europe to compete against the world’s best.

This year, he is not even tuning in for the Premier League.

“I love darts and I love the game. But when I’m at home, I’m not a darts player any more, I’m a dad and I’m a husband. I just don’t like to watch it,” he explained.

“As soon as I step foot in my house, darts is outside and I’m inside. I’m a different person.

“Even when the World Championship or the World Matchplay is on, and I’m still in it, travelling back and forward, we don’t watch darts on TV, we don’t see who I’m playing next.

“When I’m out of the house, my kids and my wife watch it. But when I’m a the house, darts is not allowed on the TV.” 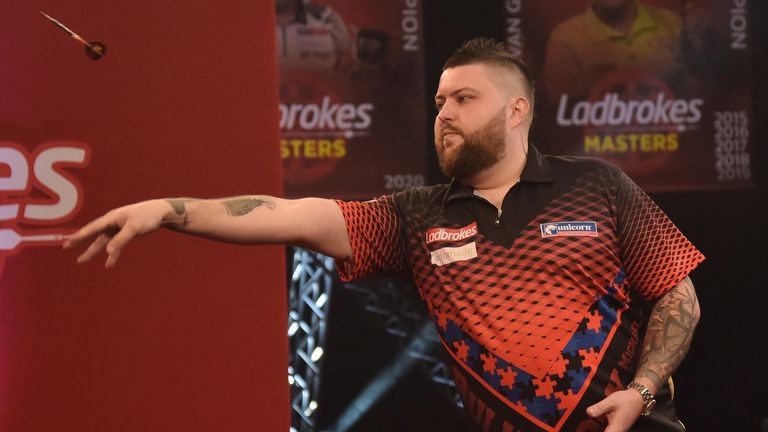 The 30-year-old is strict with the separation.

“I don’t practise at home. I’ve never had a dartboard in the house,” he explained.

“I can’t go down to the pub for a laugh, when the pub is actually open and I can play some of the lads on the team.”

Pros and cons of Super Series

The first four months of 2021 have the Players Championship events squashed into three four-day blocks. While the world number eight enjoys being able to build form over the course of a few days, the long lay-offs have been difficult in a sporting sense.

“We’re getting forced with kind of two weekends into one, but then you have three or four weeks off. And I hate having weeks off. I like being at home with the kids, but I also need to work to keep this house that we’ve got at the minute,” he explained.

“So it’s a fine line, where you’re happy to be at home but you need to be working. Then you hate working but you want to be at home! It is what it is.

“The four days or five [together] are good. It’s the four or five weeks off which is not the best thing.”

The Bully Boy has endured a mixed 12 months since the beginning of the lockdown, and is relishing the return of fans as he looks to find his A-game.

He feels that playing in front of a live crowd adds an extra element to the psychological warfare on the oche.

“I love it (the crowds). I’m confident in my scoring,” he outlined.

“Any player, I’m not going to name names, when they’re sat on a two-darter like a 60 or 65, and I hit a 180 and the crowd goes wild cheering, that puts them off. That’s my way of putting a player off. The crowd can affect them.

“But when there are no fans when you do it, and you’ve got someone pressing a button [for the fake fan noise], it’s not the same feeling. Imagine Dublin in the Premier League when I hit that nine-darter, you had 10,000 people screaming and going mad. That’s why I play this game. “It’s the same if you’re a football player or a rugby player or whatever, you play the game to show off in front of the fans. As a kid when I was in my bedroom practising, I wanted to be on the main stage in front of thousands of people, with millions of people watching on TV. Not two markers, a player and someone pressing a button. I can do that at home on my PlayStation. That’s how it feels.

He feels that was partly to blame for his early exit at the Alexandra Palace in December:

“I played bad at the Worlds. I had no one, my family and my friends who come down to watch, I can turn to them and they give you the boost that you need. “When no fans are allowed in, you’ve got no one to turn to or look to, just yourself. And my head is messed up as it is! Imagine when I can’t talk to someone at the same time. It’s like the devil and angel on either shoulder, but I’ve got more devils. I just can’t wait for it happen.”

Watch full coverage of every night of the Premier League on Sky Sports, and stick with us through the year as we bring you the latest darts news on skysports.com/darts, our app for mobile devices and our Twitter account @skysportsdarts