The N.C.A.A. budgeted nearly double for its men’s basketball tournament in 2019 than what it planned for its women’s competition, a $13.5 million gap that will assuredly drive questions about the organization’s commitment to gender equity.

The tournaments vary substantially in their formats and popularity, and N.C.A.A. executives insist that those differences necessarily account for their budget decisions. But a financial summary prepared by the association, which included figures that some longtime college sports executives said they had never seen, showed that the N.C.A.A. devoted far more resources to its hugely profitable men’s tournament.

The N.C.A.A.’s treatment of women’s basketball has long frustrated players and coaches, who see a juggernaut that has done little to promote the women’s game and starved it of resources, like the trademarked March Madness branding, that they believe would elevate the sport’s visibility.

Some of the issues around women’s basketball ignited a public furor last week, when players and coaches at this year’s women’s tournament released pictures and videos of workout areas that were far sparser than the well-supplied facilities for the men’s competition.

The N.C.A.A. said budgets for the 2021 basketball tournaments were similar to those in past years and reflected the demands of operating major events, though it did not provide exact figures. Still, until Friday, financial details about even past N.C.A.A. tournaments were largely shrouded in mystery.

According to the summary reviewed by The New York Times, the association budgeted $28 million for the 2019 men’s basketball championship, a 68-team, 67-game tournament that was played in major cities nationwide. The N.C.A.A. budgeted $14.5 million for the women’s championship, a 63-game competition that was also staged across the country. Most women’s tournament games were held on campuses; men’s tournament games were not.

The N.C.A.A. said that the design of its women’s tournament, which involves much less travel in the first and second rounds because games are staged on campuses, was responsible for $4.4 million of the budget difference with the men’s tournament.

The association also said that the cost of conducting the men’s tournament’s play-in games was $1.1 million — the women’s tournament does not have those — and that it pays roughly $1.6 million a year to prepare a football stadium to host the men’s Final Four.

The women’s Final Four, held in smaller venues, does not require as much in so-called build-out costs.

In an interview on Friday, Kathleen McNeely, the N.C.A.A.’s chief financial officer, said that organizers “really do strive to have parity” between the men’s and women’s tournaments, particularly around the student-athlete experience. But she said that public interest in the men’s competition had fueled more ticket sales and required more spending to accommodate fans. 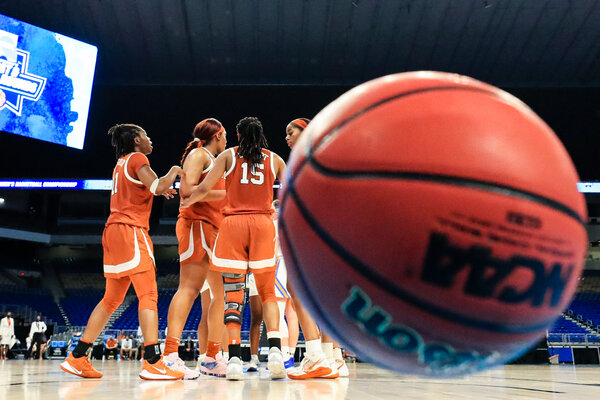 Amy Privette Perko, a four-year women’s basketball starter at Wake Forest who is now the chief executive of the Knight Commission on Intercollegiate Athletics, described the disparities between the tournaments as “incredibly disappointing on so many levels.”

“This is an issue of fairness,” she said. “The N.C.A.A. is intended to be a unifying organization for its schools to provide educational opportunities through sports. One of its foundational principles is to conduct its activities in a ‘manner free of gender bias,’ and in this case, it seems clear that the N.C.A.A. failed to meet its own standard.”

In Texas, where the women’s tournament is being held, Nell Fortner, the women’s basketball coach at Georgia Tech, said Friday that the budget data was “discouraging to hear.”

Fortner has been among the coaches who criticized the N.C.A.A. for its management of this year’s tournaments. The N.C.A.A. apologized for some disparities between the competitions — it also acknowledged differences in coronavirus testing protocols, which it insisted local health officials had approved — and made rapid changes to improve workout options.

The N.C.A.A. announced Thursday that it had hired Roberta A. Kaplan, a prominent civil rights lawyer, to conduct a review of its championship events. Kaplan is expected to release a report this summer, and Mark Emmert, the N.C.A.A. president, said that officials would be “evaluating the current and previous resource allocation to each championship.”

Gloria Nevarez, the commissioner of the West Coast Conference, said she understood the financial demands of holding large events, but she also said the N.C.A.A. had been “overdue for a holistic look” at spending around its championships.

“A lot of our campuses and our conferences operate by providing equity and really have that in mind,” said Nevarez, whose league includes Brigham Young and Gonzaga. “It’s my hope that the N.C.A.A. reflects those operations.”

Although the N.C.A.A. is a nonprofit with executives who routinely cite the “public trust” of college athletics, the association is not subject to open records laws, as many of its member schools are, and its finances are often opaque, even to many conference commissioners and athletic directors. The N.C.A.A. annually releases audited financial statements, with revenues and expenses listed in sweeping categories, and its tax return is eventually made public.

The N.C.A.A. did not provide specific financial records to support the assertions in the championship financial summary it prepared.

In audited statements, the N.C.A.A. reported more than $1.1 billion in revenues for its 2019 fiscal year, the last budget cycle before the pandemic took hold. That year, the N.C.A.A. said it spent almost $154 million on “Division I championships, programs and N.I.T. tournaments.”

The N.C.A.A. asserts that just five of the 90 championship events it holds across its three divisions are profitable: the Division I competitions in baseball, men’s basketball, men’s ice hockey, men’s lacrosse and wrestling. (The N.C.A.A. does not control the College Football Playoff, which generates hundreds of millions of dollars a year.)

But the men’s basketball tournament is the undisputed crown jewel, with a television deal with CBS and Turner Sports serving as the financial lifeblood of the N.C.A.A. as a whole.

The agreement, reached in 2010 and extended in 2016, is worth $19.6 billion and expires in 2032. At the time, the extension was hailed as assuring the N.C.A.A. of long-term income and cost certainty, but as the value of sports rights has continued to grow in the years since, the wisdom of that move has been called into question.

McNeely said that a third-party consultancy hired by the N.C.A.A. had allocated 15.9 percent of the ESPN contract’s value to the women’s basketball tournament.

Well before the turmoil around this year’s women’s tournament, the association was under severe financial and political pressure.

The pandemic prompted the association to cancel its basketball tournaments and other championship events last year. In January, the N.C.A.A. reported that its revenues had fallen about $600 million — even after receiving $270 million in insurance payouts related to the pandemic and the men’s tournament — and that it had posted a loss of nearly $56 million.