NICK KYRGIOS has alleged he was challenged to a FIGHT in the Australian Open players’ locker room.

Aussie pair Kyrgios and Thanasi Kokkinakis stunned the world No.1 pairing of Nikola Mektic and Mate Pavic 7-6 6-3 in the second round of the men’s doubles comp on Friday evening. 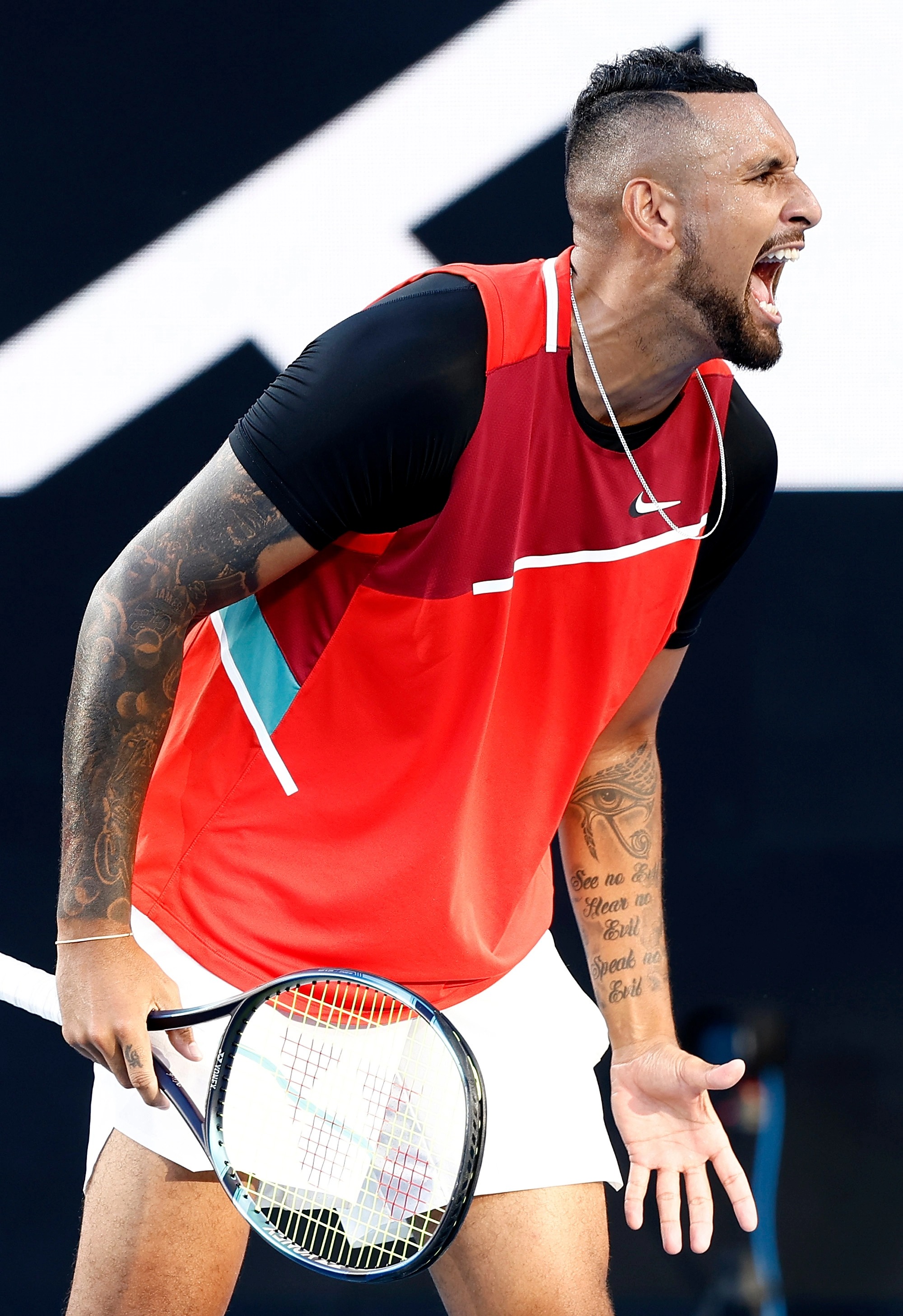 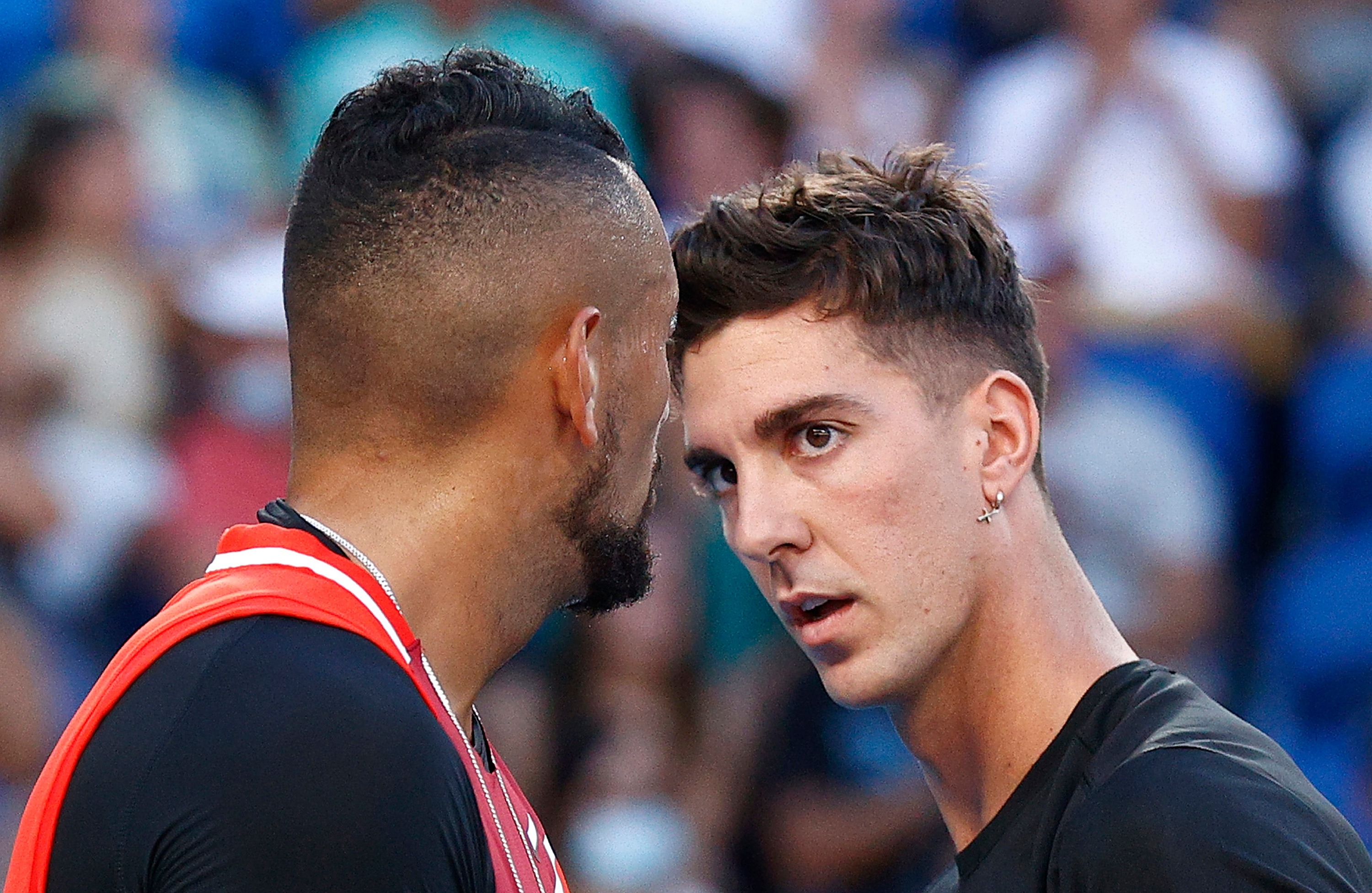 After the match, Kyrgios claims it got heated backstage as the coach of the defeated Croatians turned irate.

Kyrgios, 26, laughed off the incident and said on Twitter: “Just letting you know after yesterday’s (Friday’s) chop fest in doubles, my opponents coach and trainer proceeded to threaten to fight in the players gym.

“Tennis is a soft, soft sport. All because I moved and hit them with a tennis ball.”

His fellow Aussie Kokkinaksi tweeted: “That was crazy, mans thought it was UFC”.

Split star Pavic, 28, called on crowds at the Oz Open to be more respectful after incidents of non-Aussies being targetted for abuse and catcalls.

He said: “They are pretty loud. Obviously they cheer for Aussies. It wouldn’t hurt them to show some respect to all opponents, to other players. 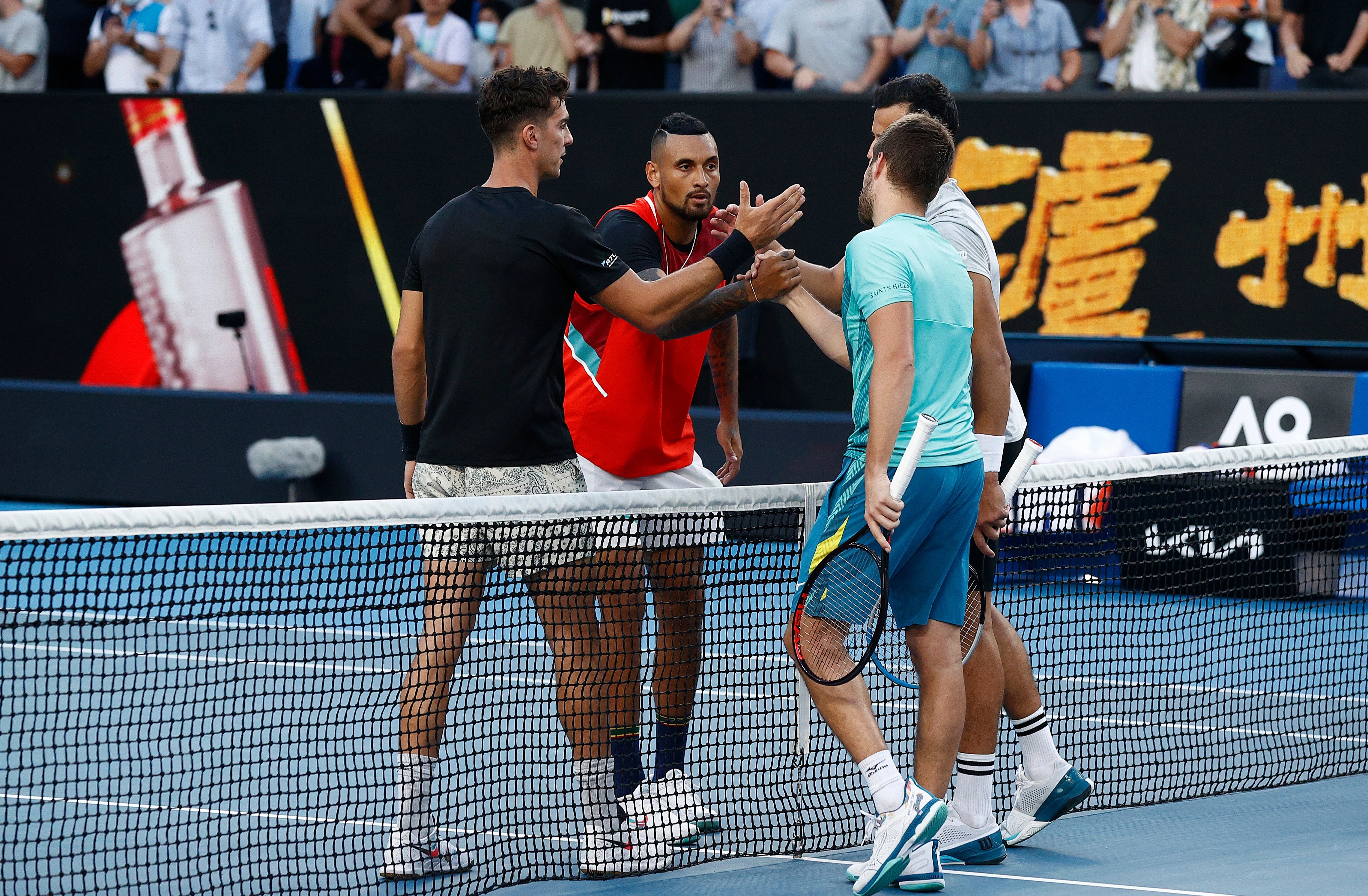 “We saw also with the Daniil Medvedev match how it was. That’s how they are here.

"We’re used to that. But like I said, it wouldn’t hurt them to show some respect.”

Mektic added: "It all went very fast, very loud. They're a nasty team to beat here and that's it."

Kyrgios and Kokkinakis will face Ecuador's Gonzalo Escobar and Ariel Behar of Uruguay in round three.