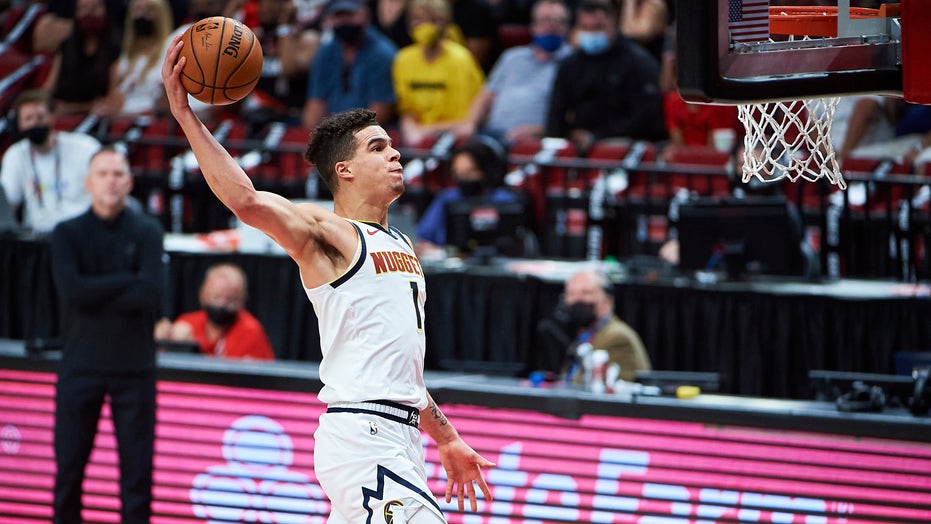 Denver Nuggets forward Michael Porter Jr. is the latest NBA player to express concern over getting the COVD-19 vaccine, adding that he would not support a league mandate.

Porter, 22, told The Denver Post in an article published Wednesday that despite getting COVID twice, he doesn’t feel “comfortable” getting the vaccine because of the unknowns. 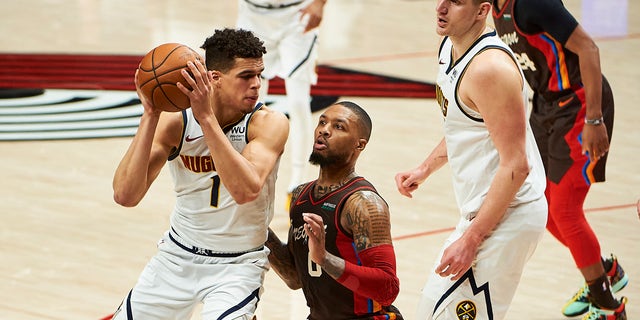 He continued: “I’ve had it twice, and I don’t know what’s going in my body with a shot, so if I already know how I’m going to react to COVID, I just feel like, for me, I don’t want to risk putting something that might affect me negatively in my body.”

The NBA announced Wednesday that players who are forced to miss games because of local mandates will not be paid – this affects any players playing in New York City or San Francisco.

“Any player who elects not to comply with local vaccination mandates will not be paid for games that he misses,” NBA spokesman Mike Bass told reporters. 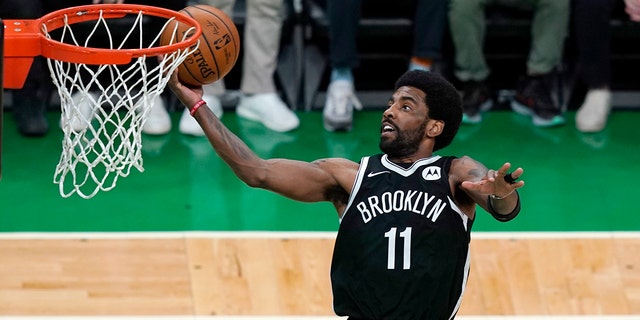 Brooklyn Nets guard Kyrie Irving did not appear at the team’s media day on Monday and declined to reveal his vaccine status.
(AP Photo/Elise Amendola)

He added that while the league supports a vaccine mandate, the Players Union has shot the idea down.

“A vaccine mandate for NBA players would need an agreement with the Players Association,” said Bass. “The NBA has made these proposals, but the players’ union has rejected any vaccination requirement.”

Porter is among the players who have spoken out against a league mandate but clarified that he isn’t opposed to others getting it – if that’s what they want.

“My stance on the mandate is it definitely shouldn’t be a mandate,” he told the Denver Post. “It should be everyone’s decision. I see it both ways. If you want to get it because you feel more protected and you feel safer, and it’s protecting people around you, get it. That’s good for you. But if you feel like, ‘Oh, for me, I don’t feel safe getting it,’ then don’t get it.” 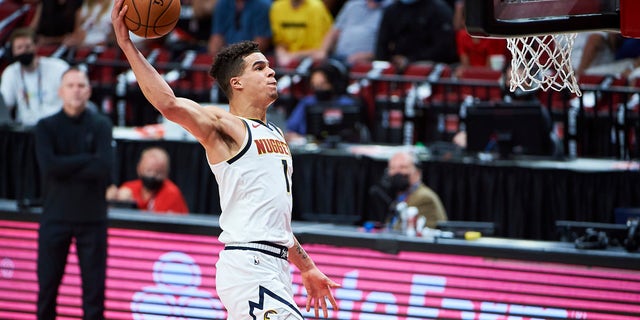 Denver Nuggets forward Michael Porter Jr. (1) dunks the basketball in the first half against the Portland Trail Blazers during game six in the first round of the 2021 NBA Playoffs. at Moda Center.
(Troy Wayrynen-USA TODAY Sports)

The league announced its strict policy for the upcoming season that places far more restrictions on unvaccinated players, including daily testing on all practice, travel, team activity and game days and being separated from vaccinated players during meals.