REAL MADRID could launch a second transfer bid for Kylian Mbappe for a world-record fee.

The Paris Saint-Germain forward, 22, is into the final year of his contract and allegedly told the club hierarchy he wants to leave. 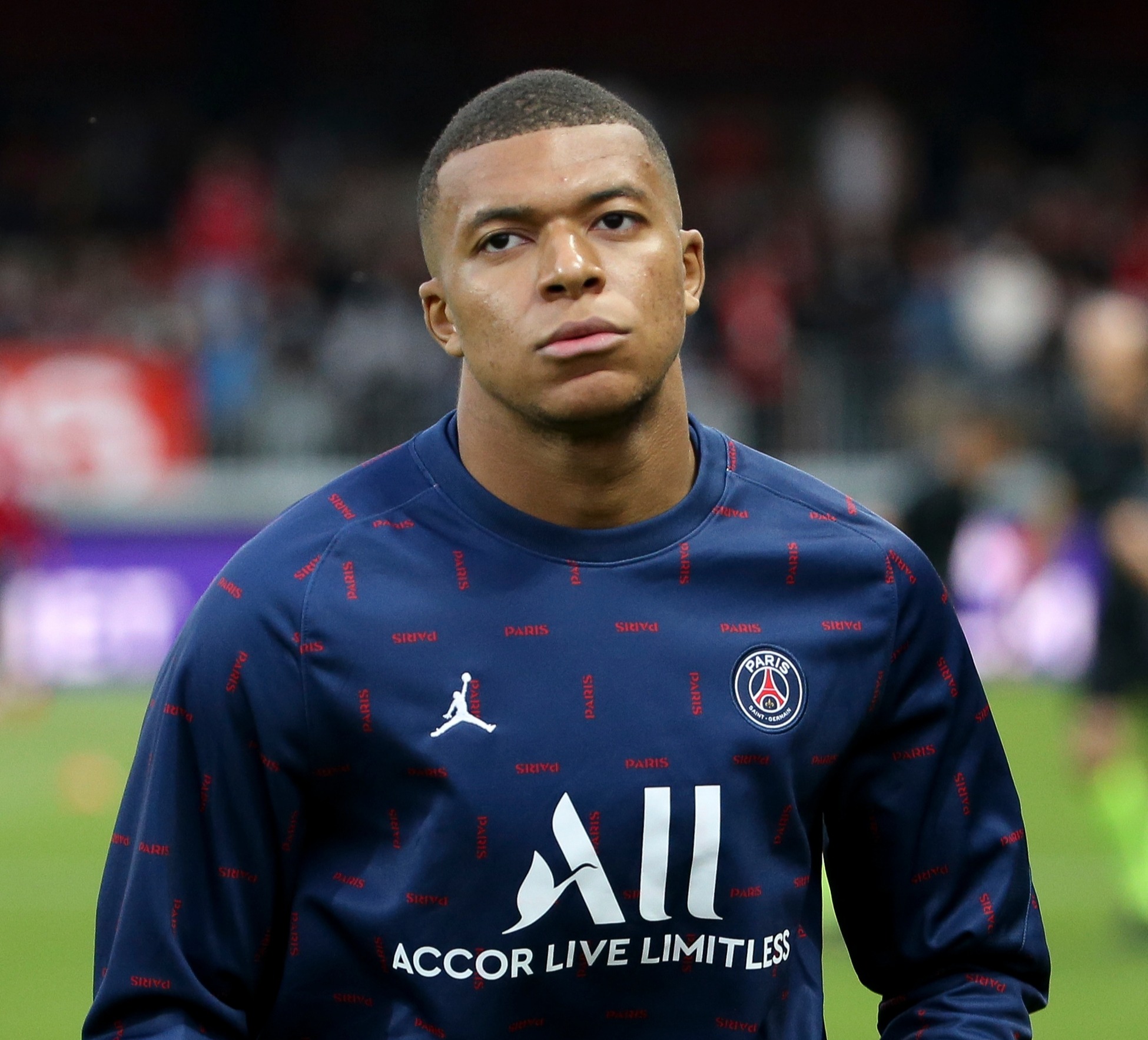 Los Blancos caused a major shock on Tuesday when they submitted an offer of £137million to Paris Saint-Germain for the Frenchman.

It is understood the Ligue 1 side immediately rejected the opening bid.

But according to L'Equipe, PSG were stunned by the price Real offered up front.

And the same newspaper report the Bernabeu club are preparing another package to send across to the Parc des Princes.

As reported by AS, the French side are clear in their plans: they want to keep Mbappe.

But with his contract expiring next summer and yet another improved deal turned down by the World Cup winner, PSG bosses are growing increasingly worried he will not pen an extension.

That would allow Mbappe to agree a free transfer from January for the end of the season – with PSG getting nothing back from their £162m investment in 2018.

Unsurprisingly, the front pages of the sports newspapers in France and Spain were dominated by the Mbappe latest on Wednesday morning with some expecting a transfer to get over the line by deadline day next week.

L'Equipe went with the headline: "The Real on the attack."

Marca chose: "There is already a €160m offer from Madrid."

Should Mbappe leave, it could pave the way for PSG to sign Cristiano Ronaldo to partner him with Lionel Messi.

The Portuguese star is thought to be ready to quit Juventus – but is reportedly scheming for a shock switch to Manchester City. 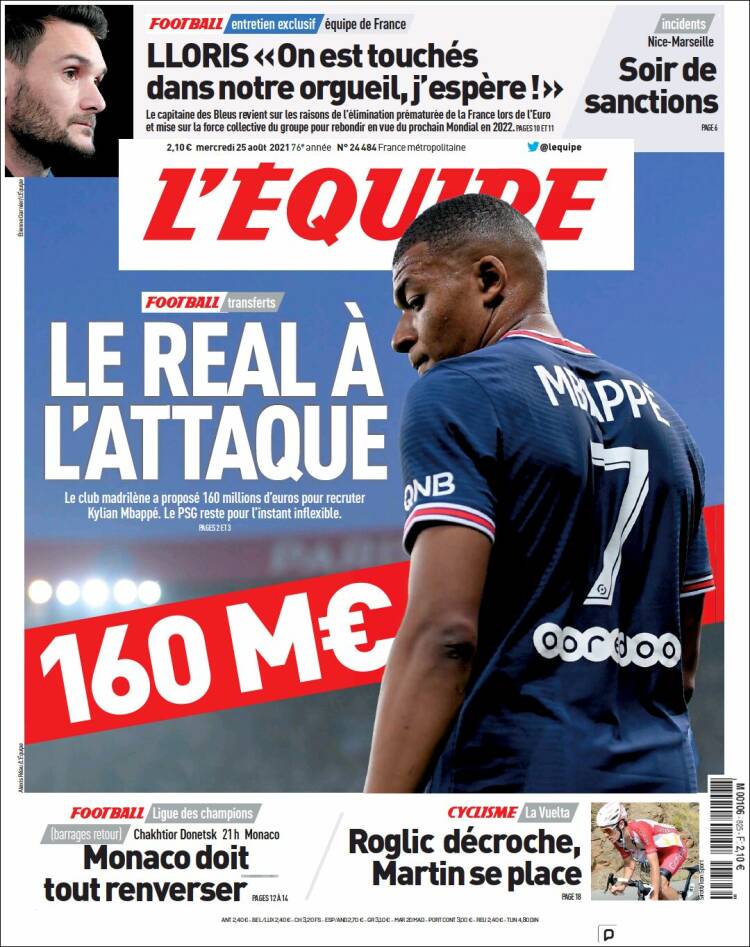 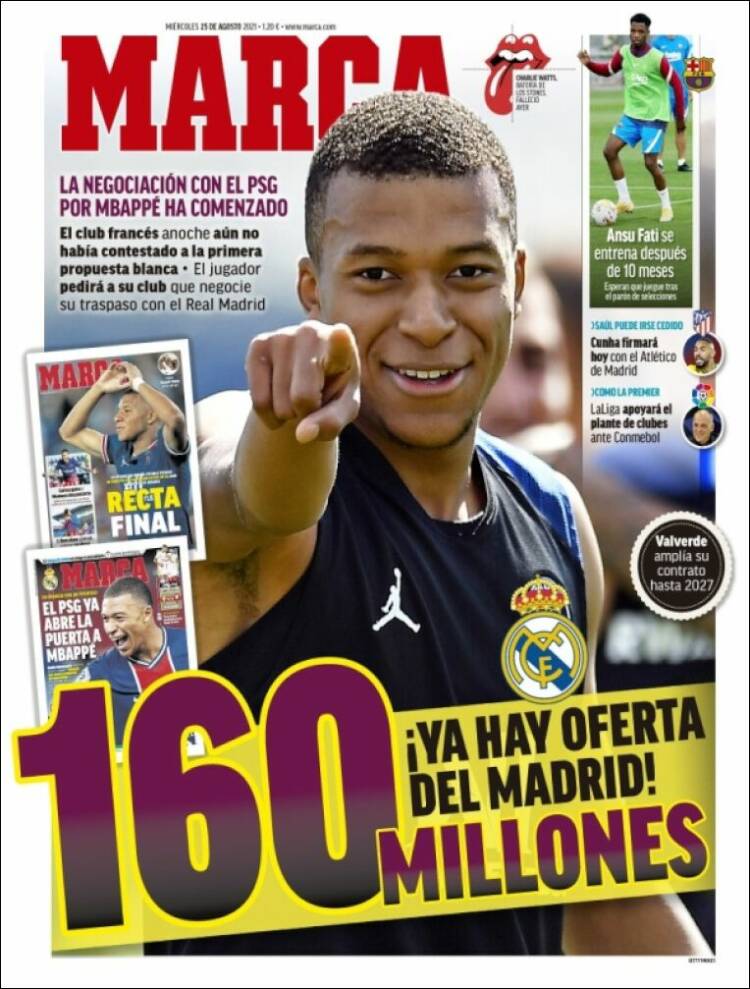 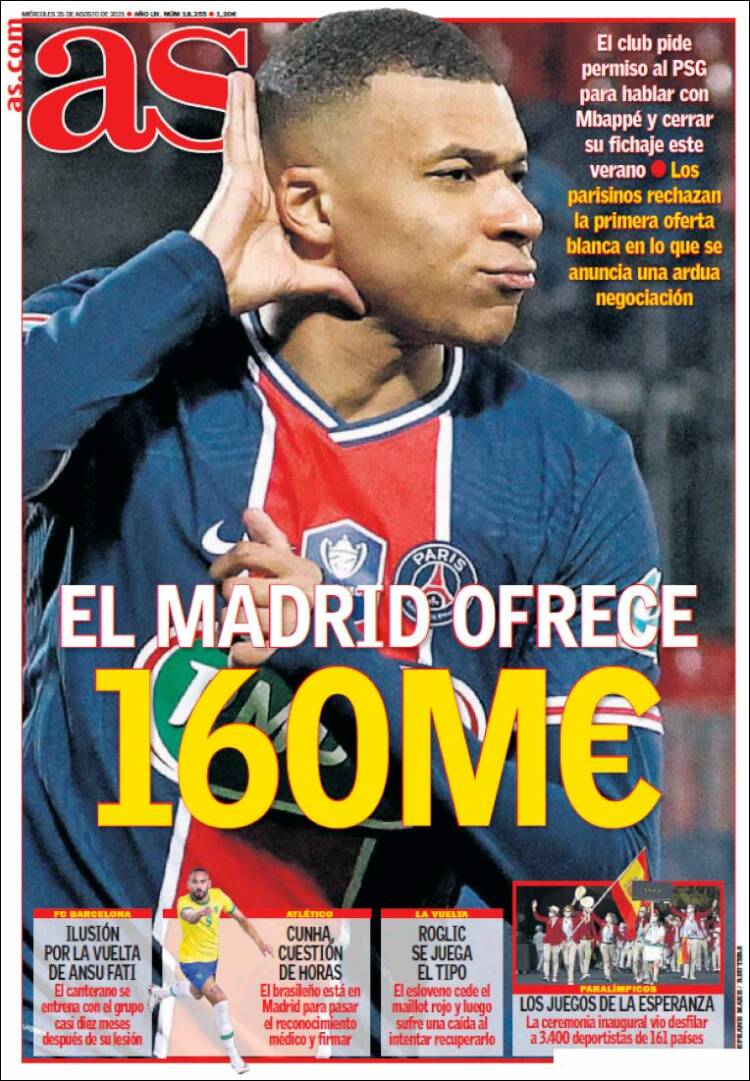