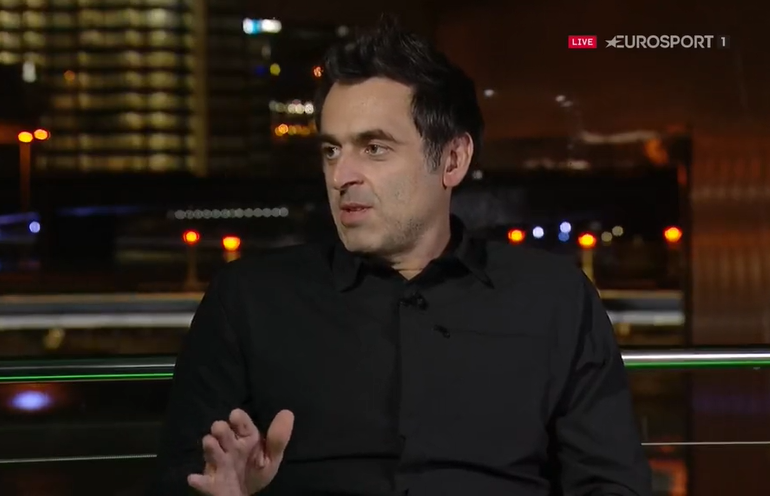 Ronnie O’Sullivan is ‘baffled’ by the ‘egos’ of the next generation of snooker stars and says a false sense of self-belief is a ‘problem’ with up-and-coming players.

Six-time world champion O’Sullivan, widely considered one of the best players of all time, has frequently admitted he is not overly impressed with the crop coming through.

‘There are a lot of good players, but I think the problem with snooker now is the issue that I see with a lot of players,’ O’Sullivan told Eurosport ahead of the English Open, which starts in Milton Keynes on November 1.

‘They come in, they haven’t really had an amateur or junior background and they turn professional and the ego kicks in: “I’m a professional playing Mark Williams in the first round”, and they’re not really that good.

‘With some of these guys, they just turn up now because it’s open to anybody, really. They get peppered for the whole year and it’s very hard to then kind of like squash that ego.

‘[Looking back] I think when you’re a kid, week-in, week-out, playing pro-ams, you might be in one week and you got beat the next two or three weeks and your ego was kept in check because you had a respect for the game and the players and the level to play at.

‘They have no experience at amateur or junior level in some instances… honestly, I don’t know. It baffles me. That’s one of the reasons I don’t watch it.

‘I do watch a lot of snooker but I don’t watch the modern-day snooker because I think years ago, when you were a pro, you had earned the right to be a pro and basically had earned your stripes.

‘Whereas now it’s just open to anybody. So yeah, it’s a tricky one. It is what it is.’

As well as winning six world titles, O’Sullivan has won 31 other ranking events, including a record seven Masters titles and a record seven UK Championships.

The 45-year-old has been at the top of the sport for more than two decades and believes he – and the likes of Mark Williams and John Higgins – have a ‘foundation’ that the next generation lack.

O’Sullivan added: ‘I think me, [Mark] Williams and [John] Higgins, we’re already past our best, you know, physically, mentally, we’re not the players we probably were six, seven, eight, 10, 15 years ago, there’s no chance.

‘So that kind of creates a character for a player, if you like, and the character that Williams and Higgins have got has come from a culmination of putting themselves through the hard yards.

‘Today, there are a lot of players that are really good players, but they haven’t got that foundation, they haven’t gone through those stages to make them a player that’s going to be around for a long time.

‘I’d rather be a player that thinks he’s not as good as he actually is, whereas on the tour now you get a lot of players that think they’re better than they actually are, and that for me is the problem.

‘Because that is a dangerous way of thinking, and you can only get true character if you have experienced all levels of the game and appreciate it.

‘So in many ways, I think Higgins and Williams and me are around just because of that pedigree, not because we’re the best or we’re the youngest or the fittest, just that we’ve got a bit more to fall back on in many ways.’