SCOTLAND’s return to the international big time ended in bitter frustration as Steve Clarke’s team were put to the sword by the bouncing Czechs.

Two goals from striker Patrik Schick – one an extraordinary lob from the halfway line – leaves the Scots bottom of Group D. 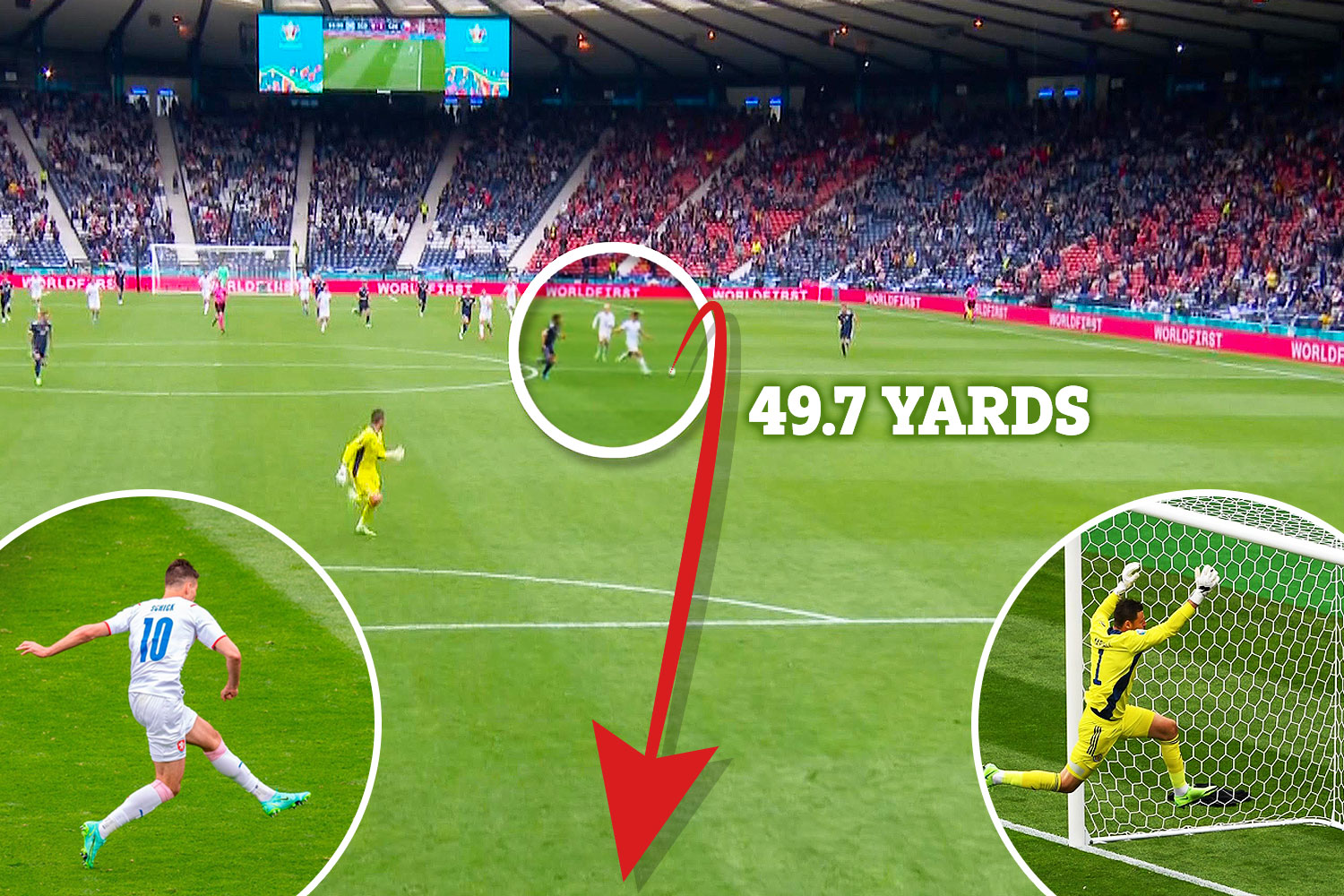 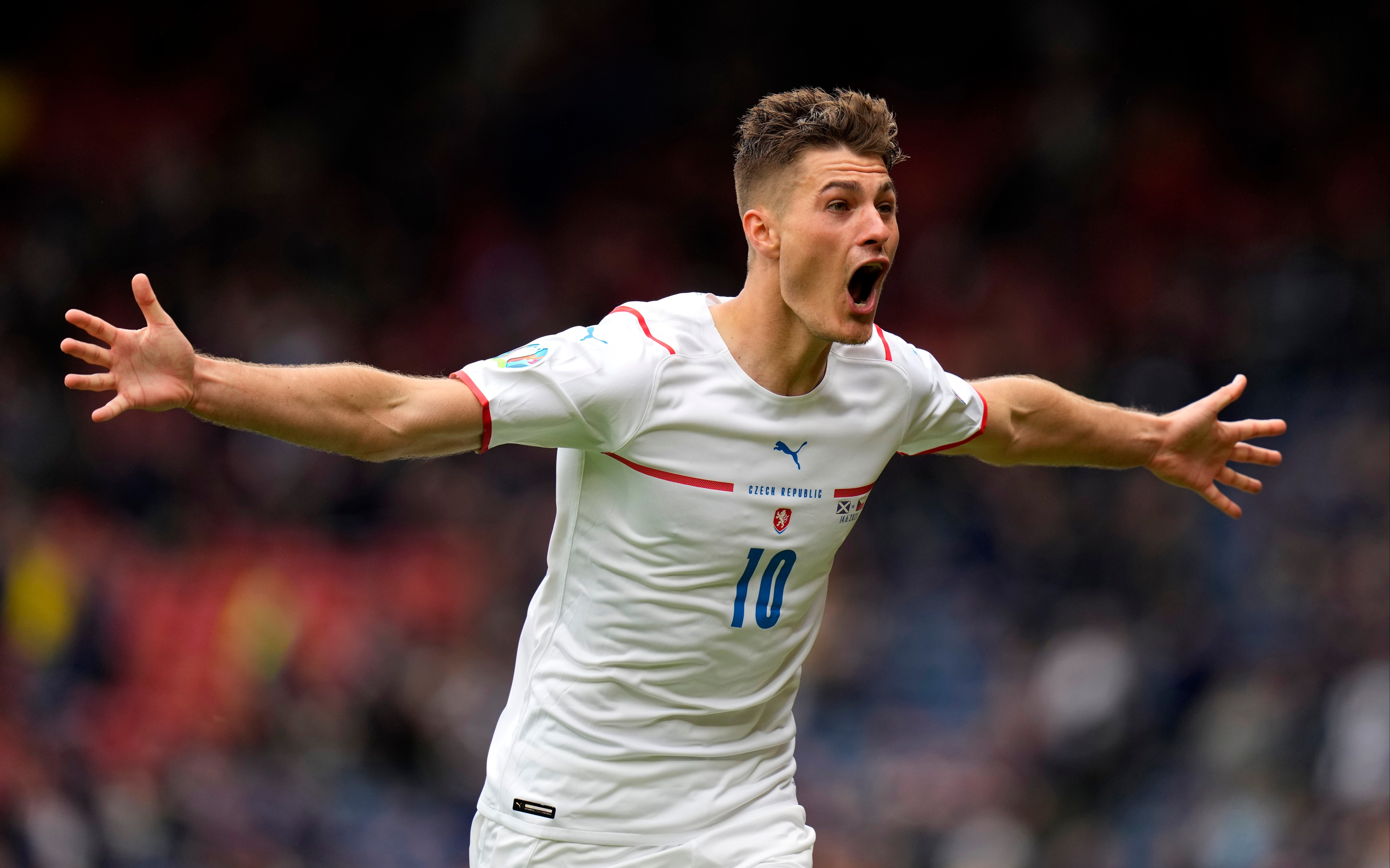 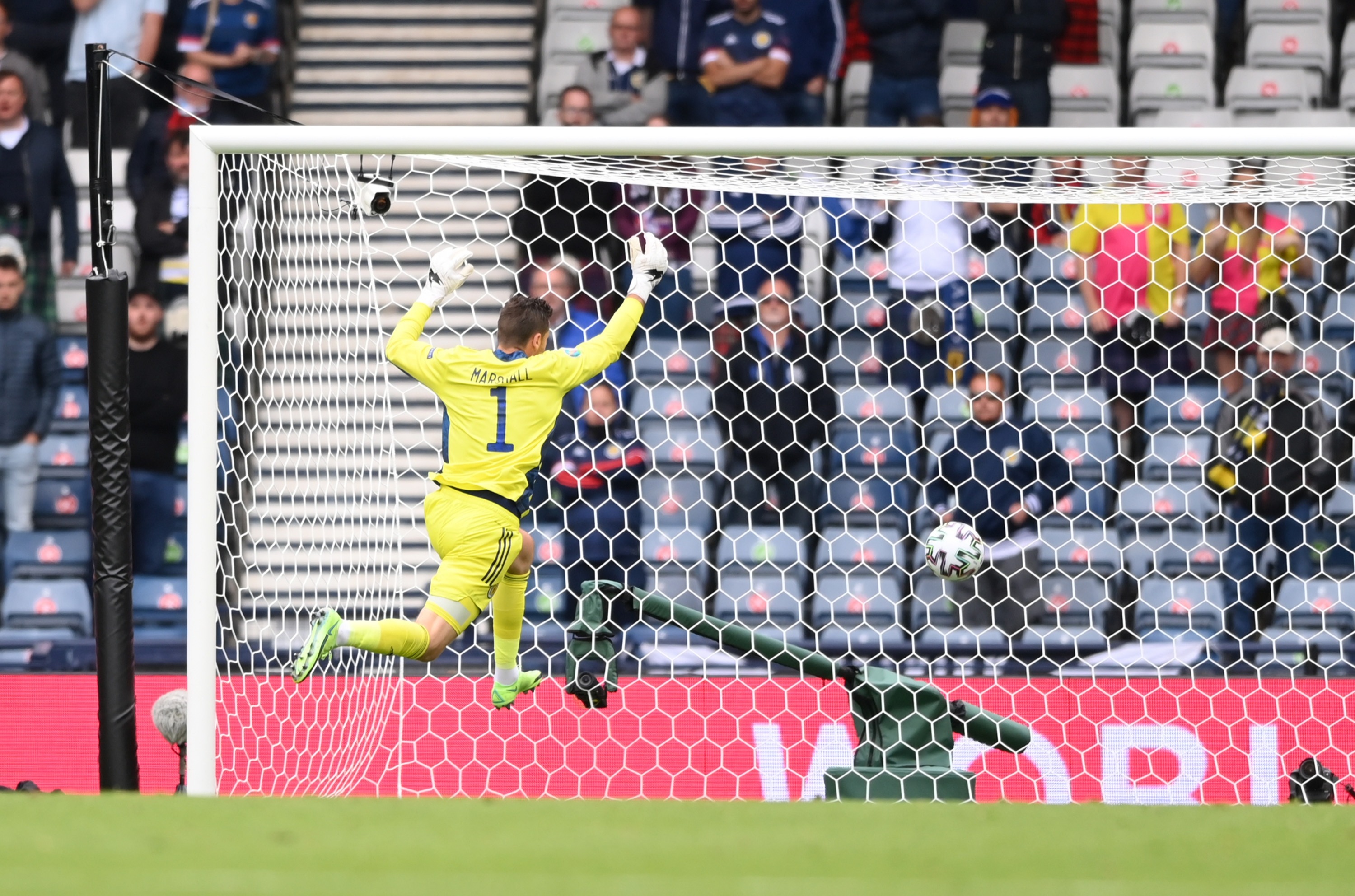 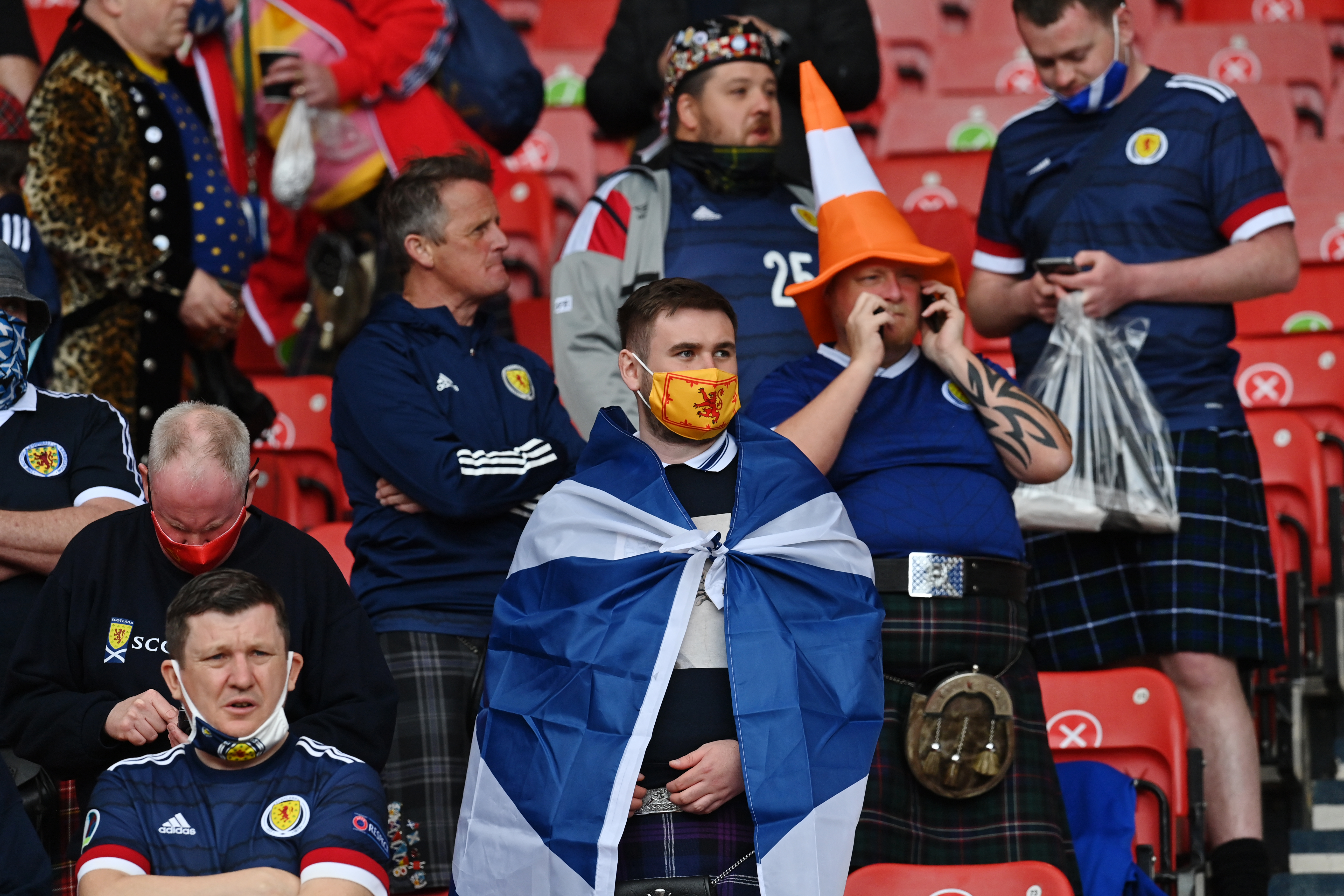 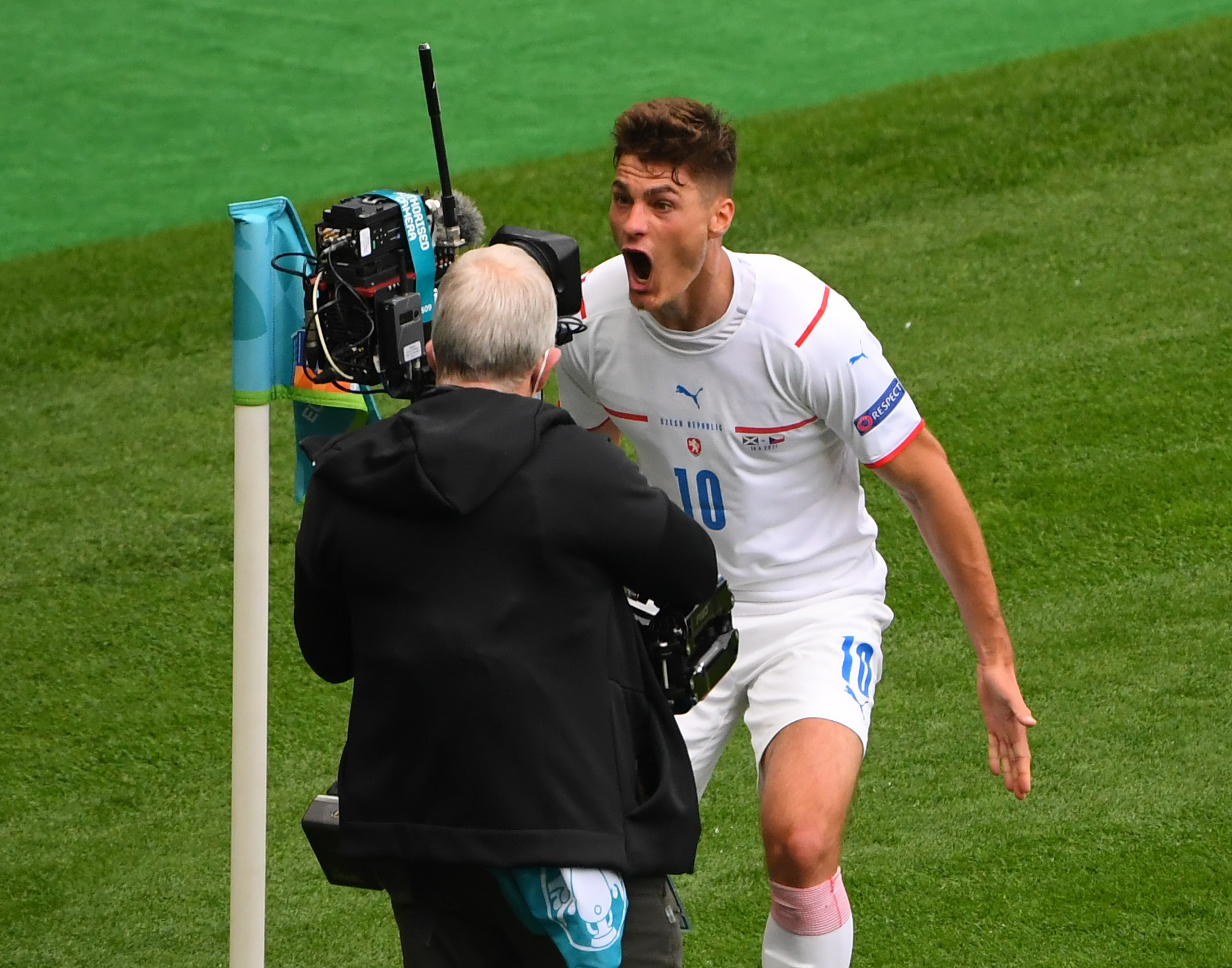 Now they will travel to Wembley on Friday knowing they must get something against England to stand any real chance of progressing to the knock-out stages for the first time in their history.

There was a major spanner in the works for Clarke’s plans when Arsenal defender Kieran Tierney was ruled out by ‘a little niggle’.

But that couldn’t dampen the enthusiasm of the first crowd in Scotland since lockdown was imposed 15 months ago.

It certainly sounded as though there were a hell of a lot more than 10,000 inside Hampden when they belted out their national anthem ahead of kick-off.

And they almost had even more to get excited about inside five minutes when John McGinn was only denied by a crucial block from Thomas Kalas.

The Czechs knew they were in for a difficult afternoon when the supporters were asked to make some noise for them and responded with a loud chorus of booing.

There is a lingering bitterness in Glasgow after Slavia Prague knocked Rangers out of the Europa League in March and Ondrej Kudela received a ten-match ban for racism.

The visitors, though, were not going to be put off by a bit of heckling and forced the first save of the game when Schick tested the reflexes of veteran keeper David Marshall.

But the Scots were quickly back on the front foot when skipper Andy Robertson broke down the flank and teed up Lyndon to poke an 18th minute shot just wide of the near post.

They came even closer to a breakthrough when Ryan Christie rolled the ball into Robertson’s path for a rising shot which keeper Tomas Vaclik did well to turn over.

Yet just when it seemed that they were taking control, they fell behind to Schick’s towering header as the Bayer Leverkusen striker outjumped Grant Hanley to nod in Vladimir Coufal’s 42nd minute cross.

The visitors could have been out of sight within the first minute of the second-half when Marshall was twice forced into crucial saves by Schick and Vladimir Darida.

Scotland came within an inch of an equaliser when Jack Hendry’s first-time shot came back off the bar before Kalas almost turned the ball into his own goal.

But their fate was well and truly sealed in the 52nd minute when Schick beat the backtracking Marshall with an extraordinary effort from all of 50 yards out. 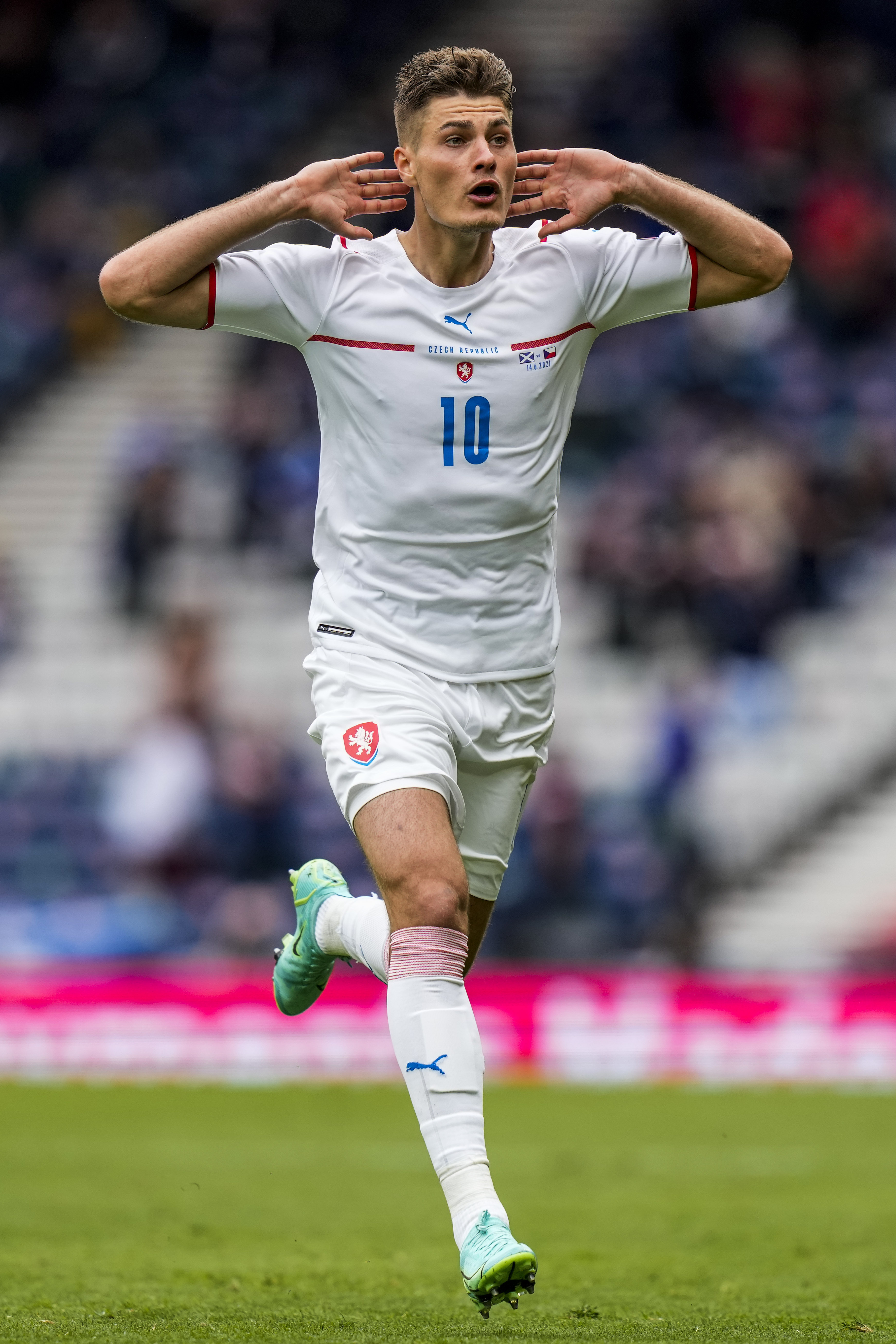 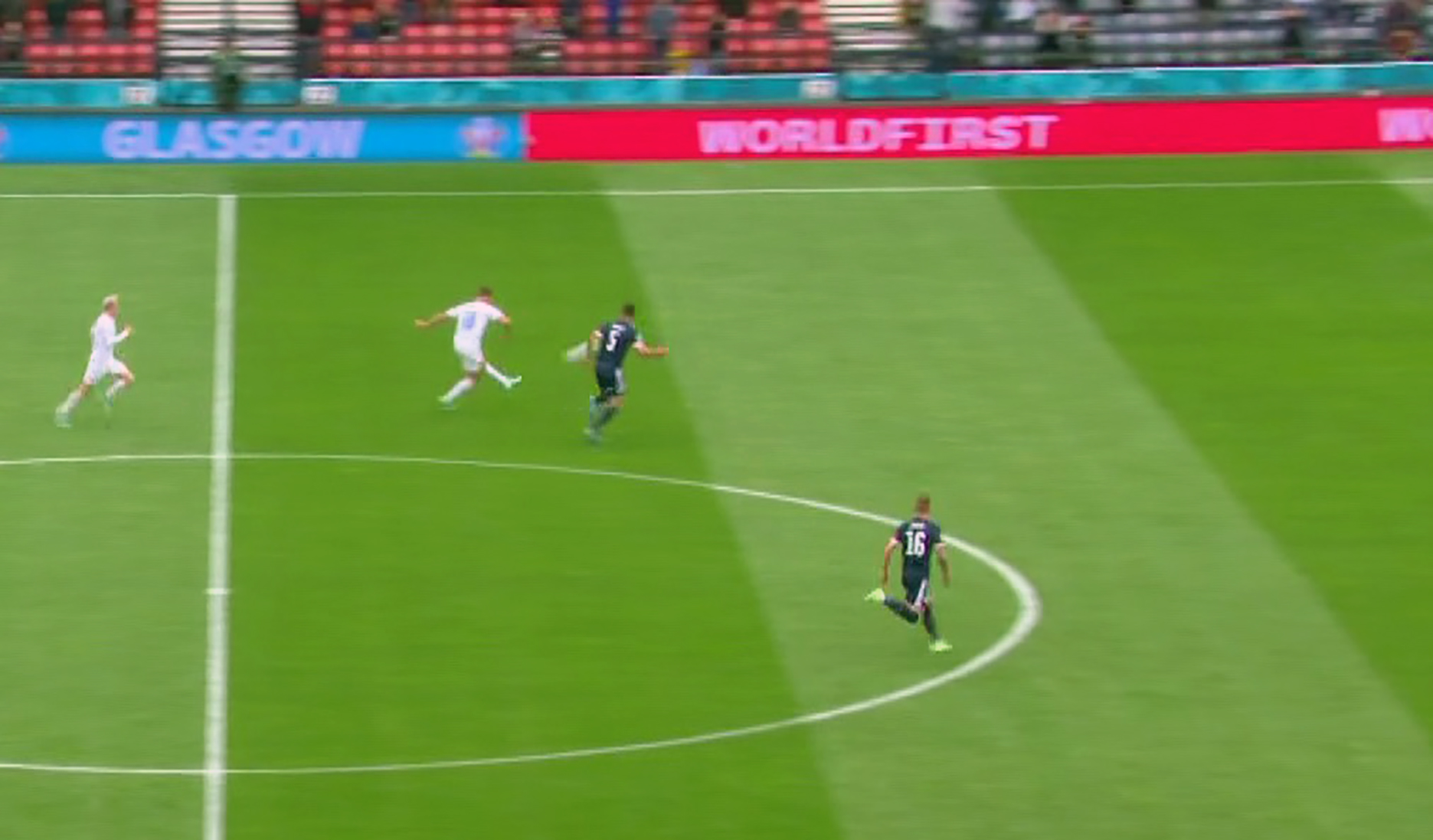 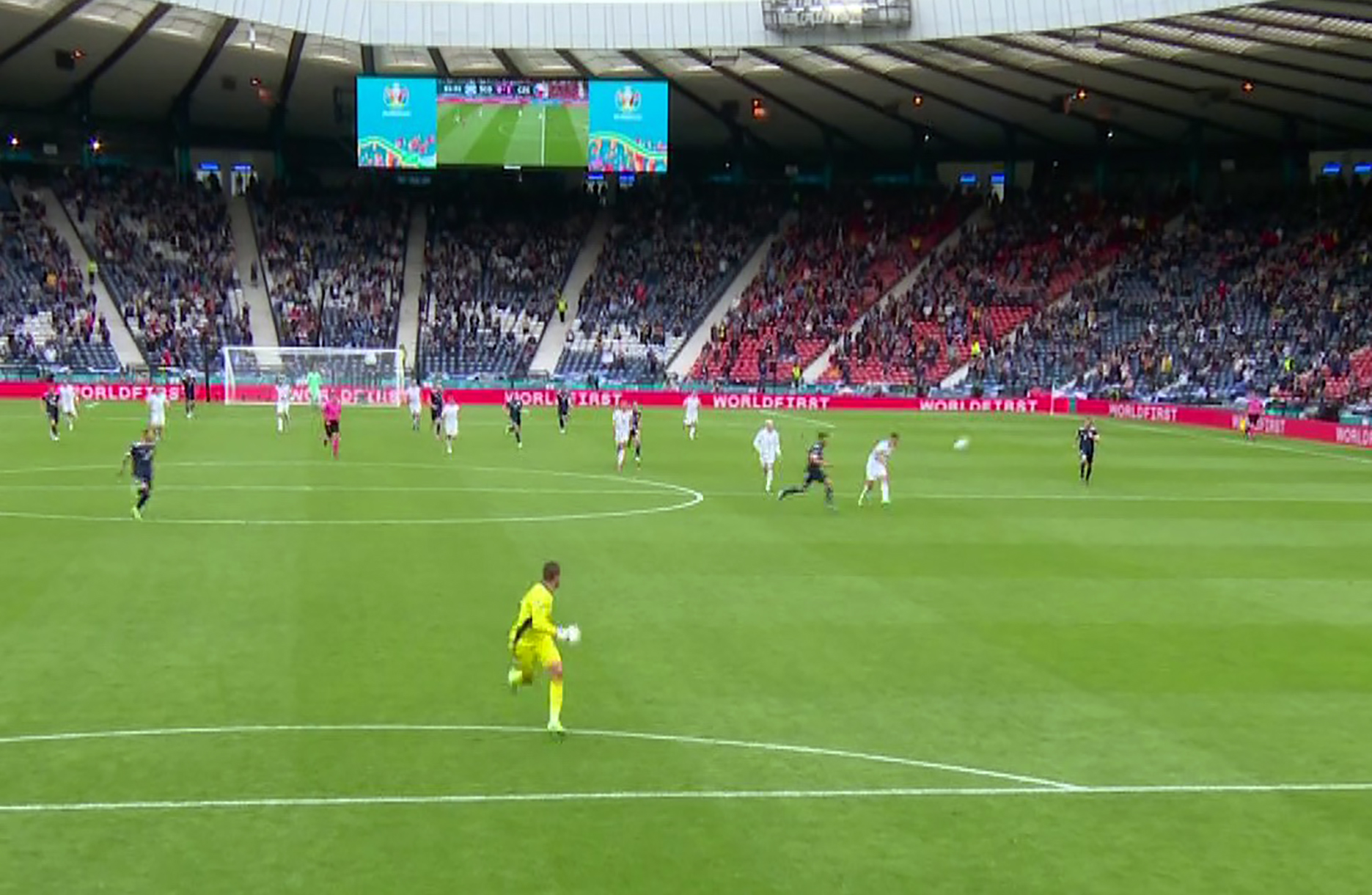 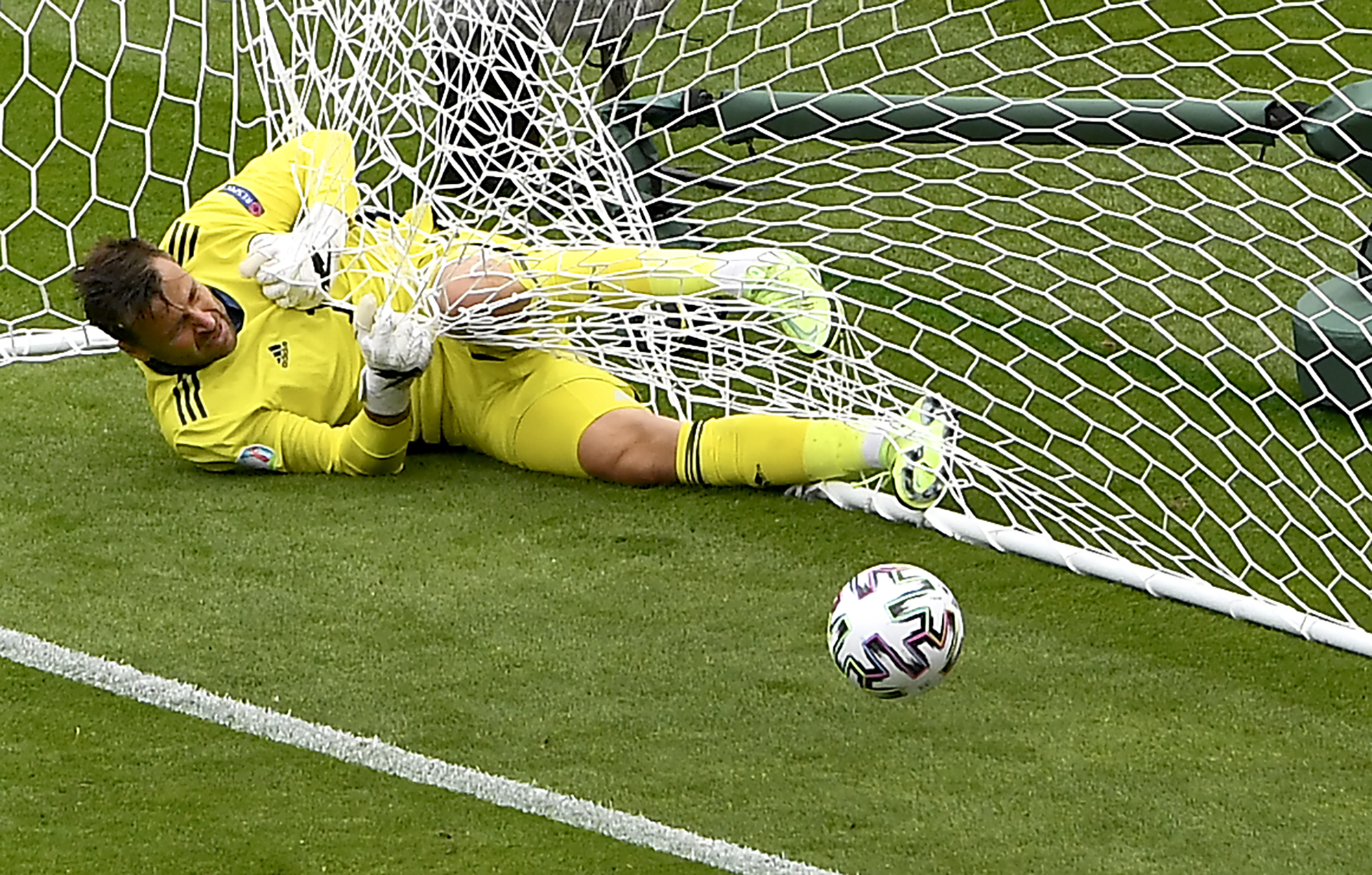 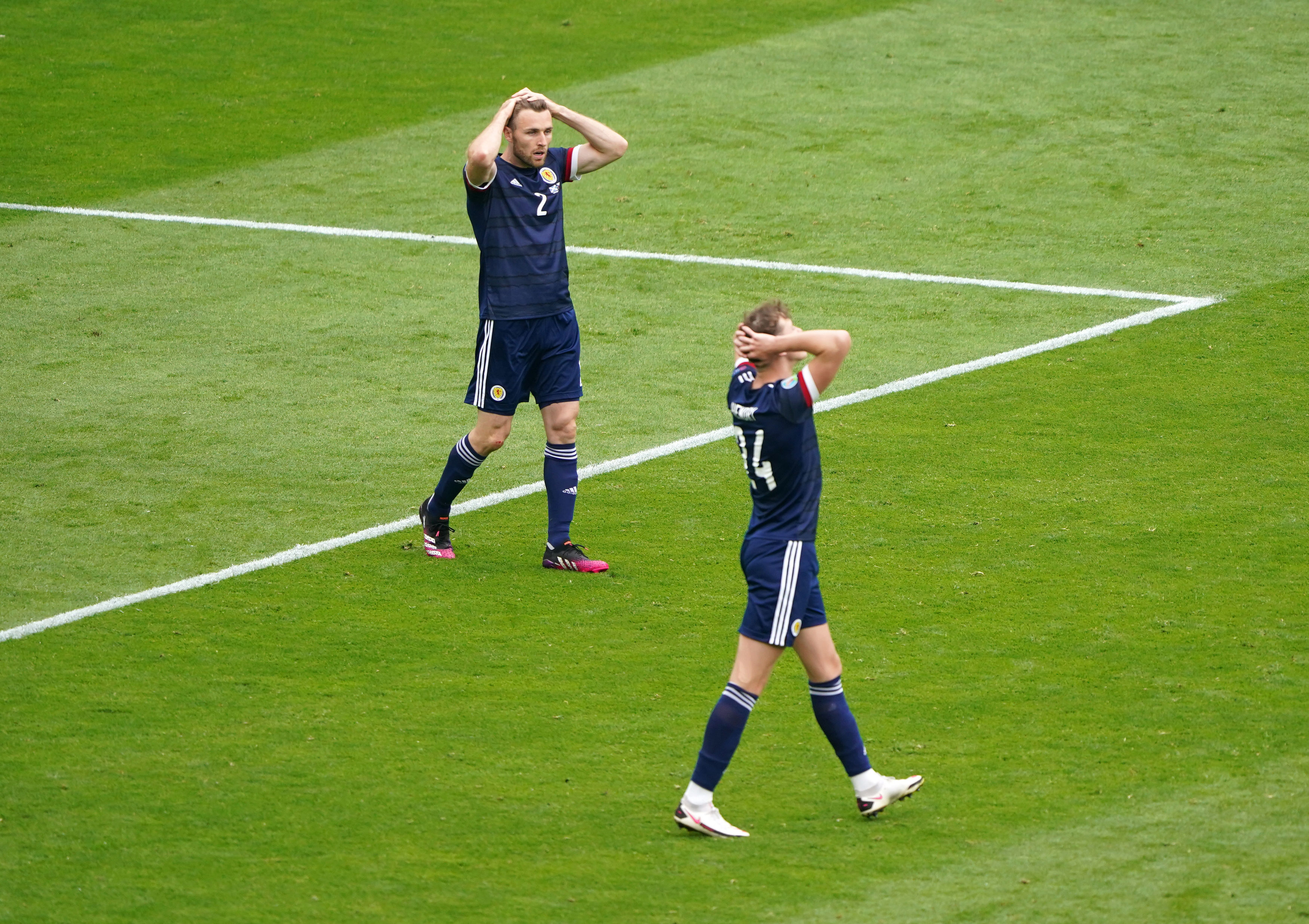