Tottenham ‘are hit by MORE Covid cases with a first-team player and a number of their U23s team testing positive’ in a fresh outbreak, with Antonio Conte’s plans taking another blow after two postponed games

Crisis-hit Tottenham have been rocked by another Covid-19 outbreak, according to reports, with one first-team player testing positive and their Under-23s team also being hit hard by cases.

In another significant blow for the club and manager Antonio Conte ahead of their scheduled clash against Leicester on Thursday night, Spurs may now have as few as 13 players to work with.

The fresh setback comes after their Europa Conference League tie against Rennes and top-flight trip to Brighton were both called off – with eight first-team stars, nine members of staff and a handful of youth players having tested positive.

And today, The Telegraph have delivered the latest bombshell. The identity of the most recent player to have returned a positive result is not known, however.

The players who tested negative, or had recovered from Covid, in the wake of the first outbreak reported for training yesterday for a brutal double session. 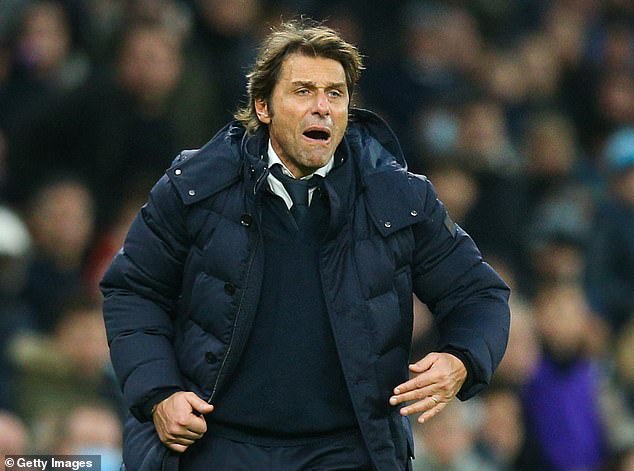 Tottenham have been hit by a fresh Covid-19 outbreak, in another blow to boss Antonio Conte

Conte was set to hold another session today, but may only have a limited group of stars at his disposal. It is believed most of his staff members are still in isolation.

It is highly likely that Spurs will be keen to take on Leicester later this week, because they trail their rivals for the Champions League spots by two games and will be keen to avoid a hectic fixture pile-up at a crucial period of the season.

Their game against Burnley was also recently called off due to bad weather.

Currently, it remains to be seen how Conte and the club approach their next fixture. There may also be concerns that, aside from the most recent positive player, other members of the first-team will have been affected. 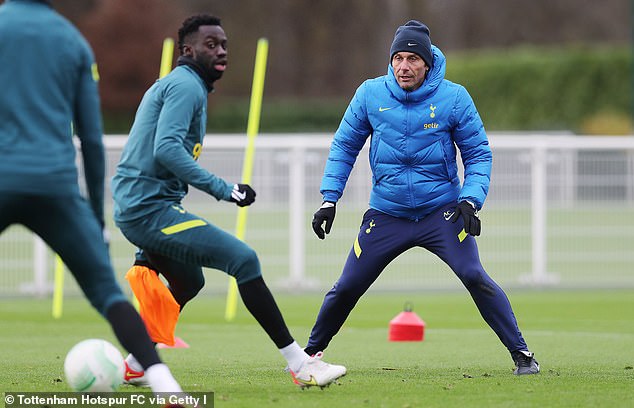 Spurs returned to training for a double session, but a first-team player has tested positive

The outbreak in the U23 squad also means that Spurs will be unable to bolster their ranks with their youngsters, in order to help make up the numbers.

Brendan Rodgers, the Leicester manager, expects the clash to go ahead as planned, despite a small outbreak at the King Power.

‘I’ve not heard anything that the Spurs game is not on, and obviously with the European decision as well, with Tottenham not being able to play, I suspect the game would go ahead. We haven’t been told anything otherwise,’ he said.

The Premier League’s festive schedule is the busiest period for top-flight football, with matches played every three days between now and the New Year. 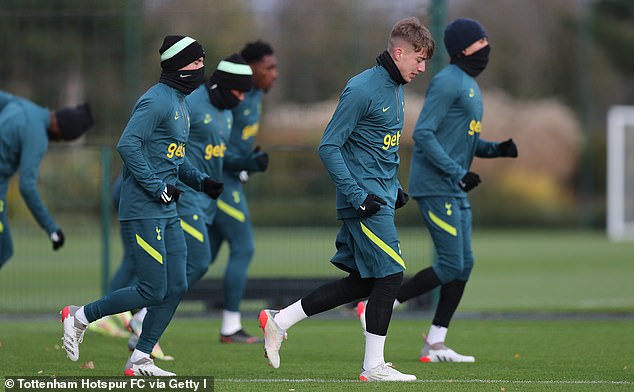 Conte was due to hold another session today, but may be forced to work with a smaller group

Elsewhere in the Premier League, Manchester United have been hit with a number of positive tests, meaning their game tomorrow against Brentford is in doubt.

Aston Villa were forced to shut their training ground yesterday, meanwhile, after one player and several staff members tested positive.

United and Villa both travel tomorrow, against Brentford and Norwich respectively, and the chances of both matches going ahead have been reduced.

The Premier League are said to be aware of both situations but, as of this morning, have not called either of the games off. 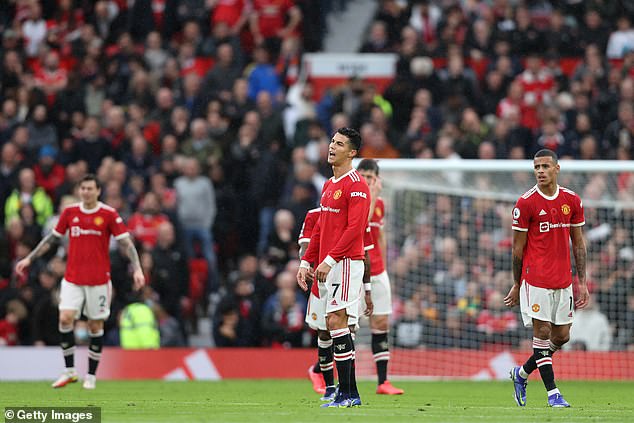 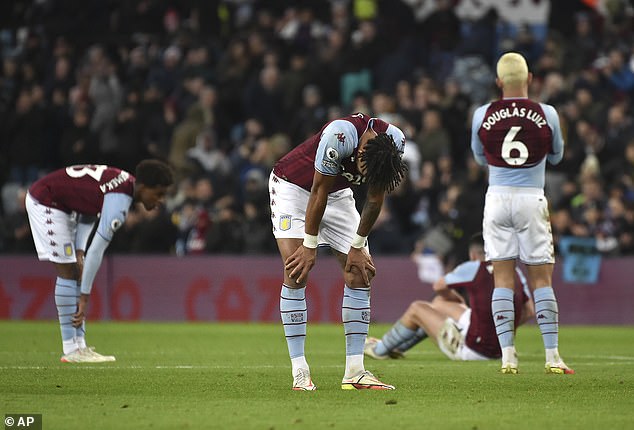 Aston Villa have also been struck with a small outbreak, another top-flight club to be affected

Ralf Rangnick’s United took on Norwich on Saturday night and their whole squad recorded negative cases. The next day, though, a small number tested positive.

Norwich boss Dean Smith also revealed that his side had some Covid-related issues in the build-up to the game.

Prime Minister Boris Johnson announced last week that England will go into ‘Plan B’, which will see a raft of restrictions reintroduced.

Football grounds will remain full for the time being, however.