WEST HAM'S FA Cup third round clash away at Stockport had to be temporarily halted due to a huge firework display outside the ground.

While there wasn't any fireworks on the pitch during the first half, there certainly was outside Edgeley Park as referee Mike Dean was forced to bring a halt to proceedings. 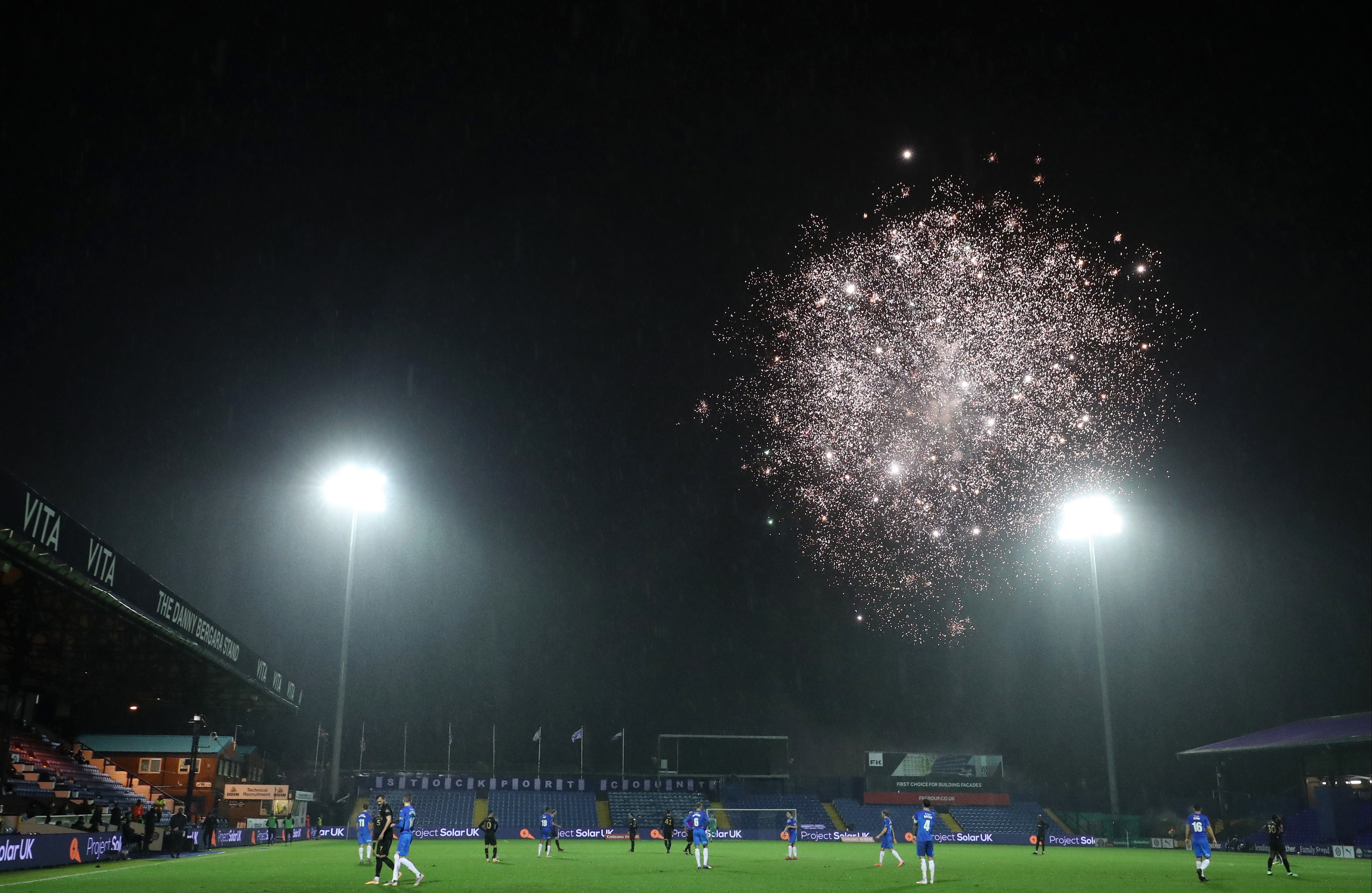 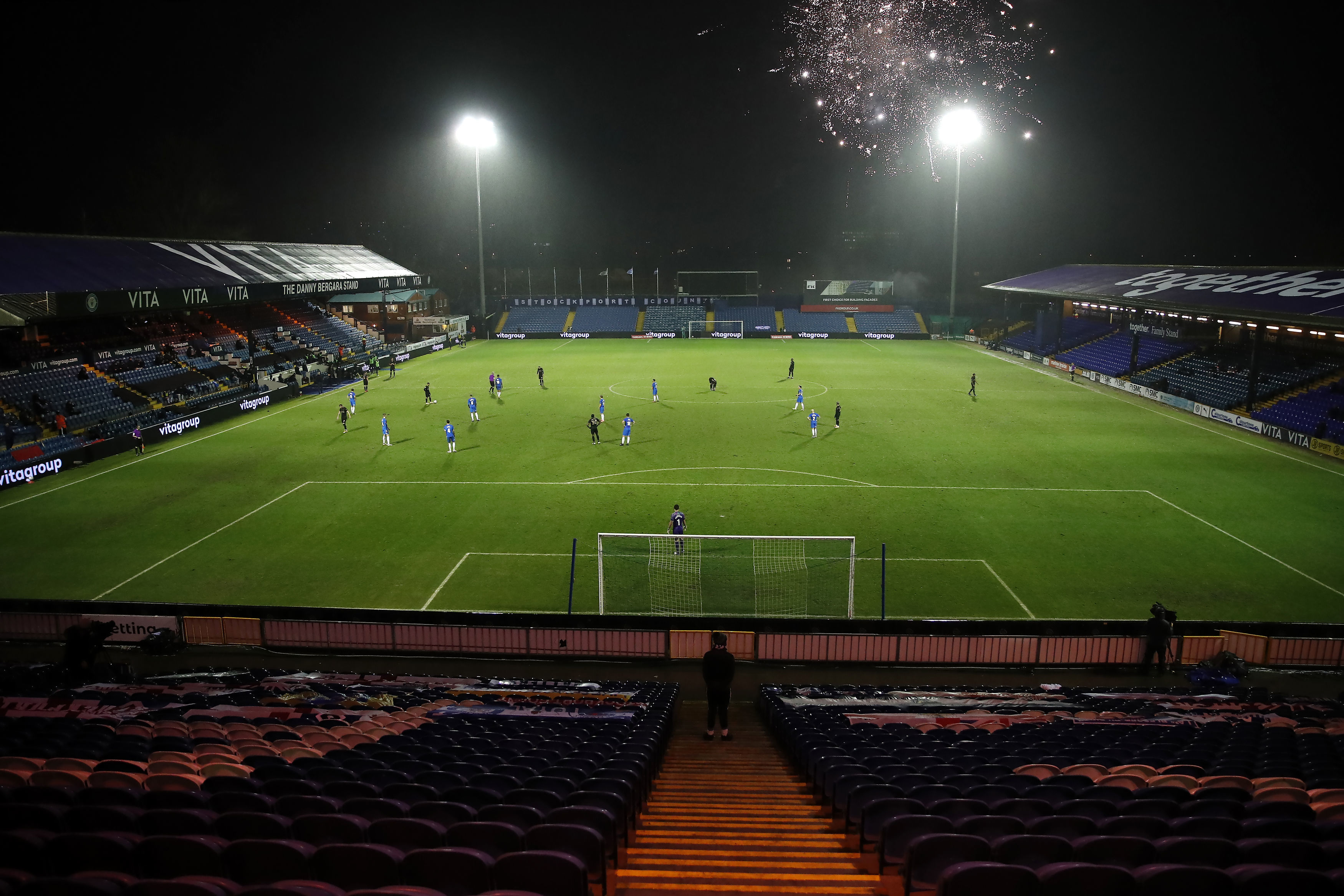 Such was the noise surrounding the National League side's ground, Dean was unable to hear what his officials were saying over their communication system.

The incident occurred in the 15th minute of the match, resulting in play being delayed for three minutes.

Speaking of the display, West Ham tweeted: "There appears to be fireworks.

Fans were quick to comment it was the exciting moment of the half as the Hammers struggled to break down the fifth-tier outfit.

One supporter posted: "Only fireworks that we saw in the first half. Improvement needed."

Another said: "Most entertaining thing that’s happened so far."

A third quipped: "Mike Dean only stopped the game as he thought they were for him." 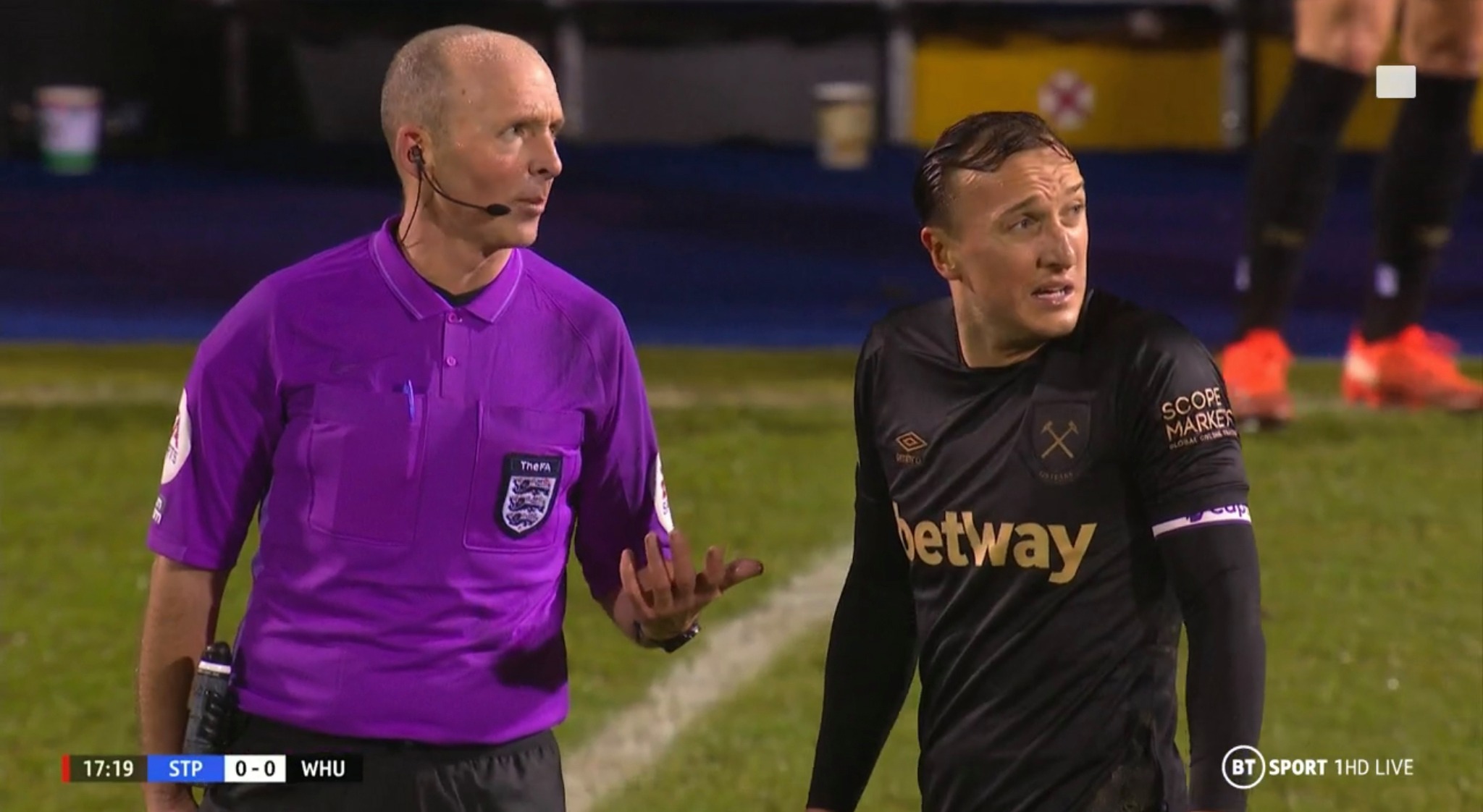 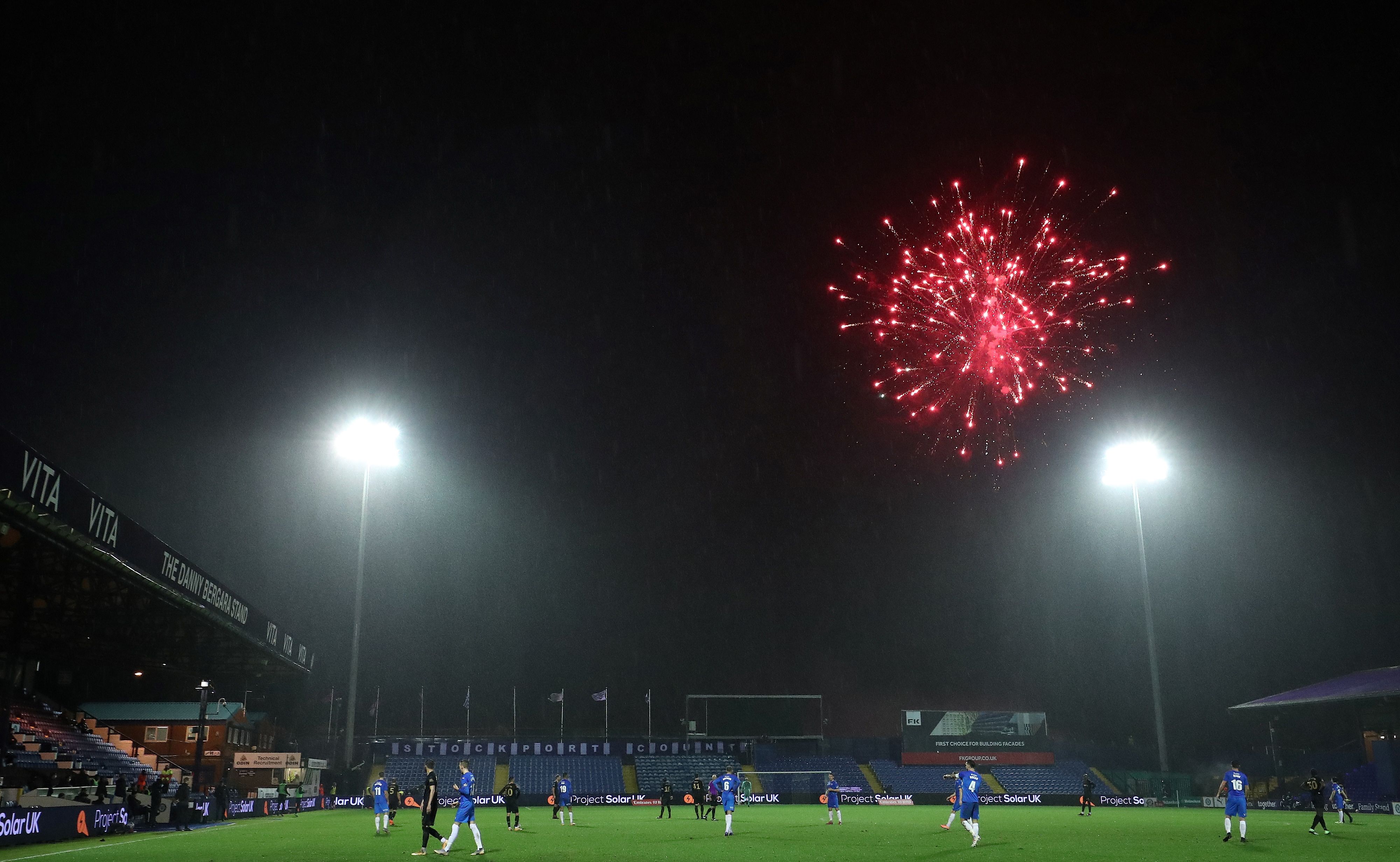 However rumours surfaced online that the impressive display was done in tribute for a local 15-year-old boy that was involved in a car accident last month.

The teenager was reportedly hit by a police car that was responding to a 999 call in Stockport, with officers immediately administering first aid until an ambulance arrived.

Both West Ham and Stockport learned who they will play in the next round of the FA Cup should they advance through to the fourth round.

They will host Doncaster, with the winner of that match to face either Manchester United or Liverpool away in the fifth round.