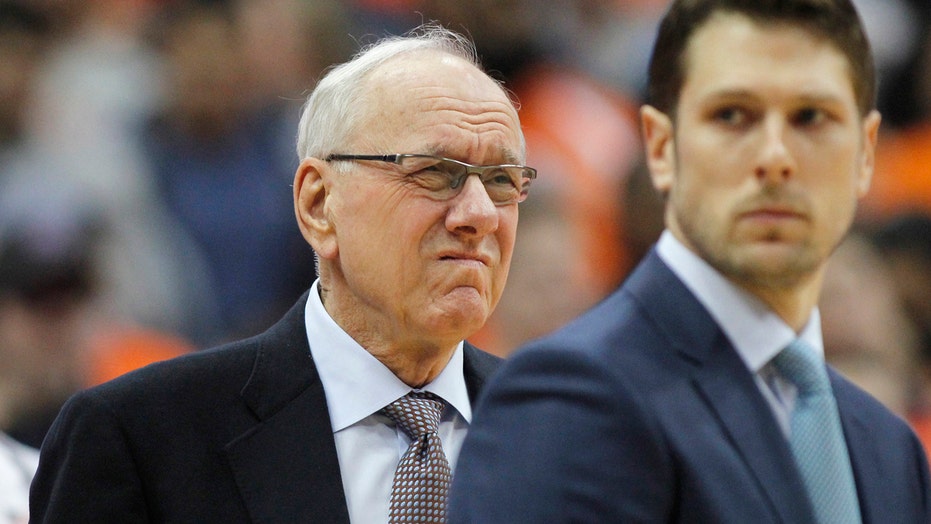 Syracuse men’s basketball coach Jim Boeheim apparently didn’t learn from the fallout Duke’s Mike Krzyzewski received from his own incident when he got mixed up with a student reporter earlier this season.

Boeheim found himself in hot water after Wednesday night’s 64-54 victory over Clemson. The legendary basketball coach criticized a reporter’s height after a question during his media availability.

The Athletic’s Matthew Gutierrez asked a question about the “defensive growth” of Quincy Guerrier and Alan Griffin down the stretch, according to USA Today.

“I think they’re getting better, they still make some mistakes and that’s normal,” Boeheim replied.

“I think our whole team has gotten better, but it hasn’t been as good as we needed it all year. I think we have gotten better as a team. I think it’s hard to go 9-7 in this league. This is a difficult league. Very difficult. I think these guys have done a great job this year.”

But as the media relations director was going to go to the next question, Boeheim had one more remark.

“But if I played Jesse (Edwards) and Kadary (Richmond) we’d probably be 22-2 now. I just didn’t see that, I couldn’t figure that out by myself after 45 years. I needed a reporter to figure that out who’s never played basketball and is 5-foot-2.”

The apparent animosity appeared to derive from a tweet Gutierrez sent out earlier in the week, according to ESPN. He wrote that Syracuse would be “somewhere around 17-5 overall” instead of 16-8 and on the bubble of making the NCAA Tournament.

Gutierrez tweeted Tuesday he and coach were “all good” after a talk about the tweet.

Krzyzewski faced criticism earlier in the year for going after a student reporter. However, the two parties would make up after the Duke coach apologized.