The Boston Red Sox picked the right season for their worst winning percentage since 1965. Sure, they lost 36 of their 60 games in 2020, and their 5.58 earned run average was the highest in team history. But there were no witnesses in the Fenway Park stands, and they left the scene in a hurry.

Even so, they didn’t exactly get away with it. From spring training in Fort Myers, Fla., their chief baseball officer, Chaim Bloom, can feel the rumble of New England unrest.

“If they weren’t upset right now, that would worry me,” Bloom said by phone this week. “I know where the bar is in this city, and that’s the bar we’re trying to reach. We’re trying to get to a point where we have a shot at winning a championship every year, and there’s going to be some tough choices.”

The latest choice became official on Monday when Jackie Bradley Jr., a center fielder, signed a two-year, $24 million contract with the Milwaukee Brewers. With that, all three homegrown outfielders who helped Boston win the 2018 World Series — and punctuated victories with stylish, choreographed dance moves — had left town.

The Red Sox hired Bloom to run their baseball operations in October 2019 after firing Dave Dombrowski, who had fulfilled his mandate to spend whatever it took — in dollars and prospects — to win a fourth title under the owner John Henry. The Red Sox had kept most of the team intact for a lackluster follow-up season, and Bloom, an architect of the Tampa Bay Rays, would have to clean up the after-party.

On Feb. 10, 2020, he dealt Mookie Betts to the Los Angeles Dodgers. Exactly a year later, he shipped Andrew Benintendi to the Kansas City Royals. Then Bradley moved on without much of a fight from the Red Sox, completing a swift exodus that would have seemed unfathomable during that charmed October. 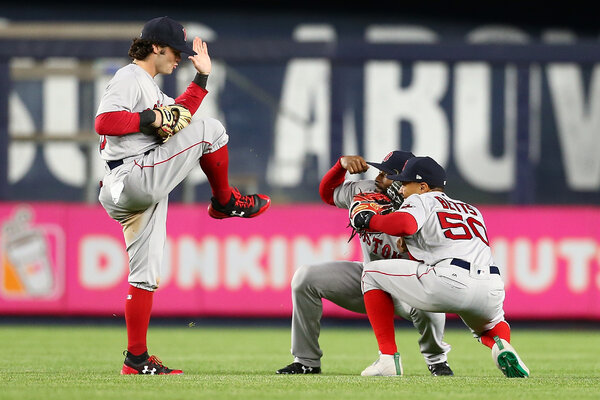 “I don’t think, in the moment, you really think about it — but as we all know, sometimes it can get difficult,” Bradley said on Monday. “Difficult decisions have to be made, and you’ve got to be fully ready to embrace it. This is a short time window, and not many players, over the course of their careers, are going to stay with one team. That’s just hard to do; things have to work out.”

Nobody does emotionally charged breakups like Boston, the team that sold Babe Ruth to the Yankees. In the last 40 years, the Red Sox have parted with a dizzying array of most valuable players and future Hall of Famers, from Fred Lynn and Carlton Fisk to Wade Boggs and Roger Clemens to Mo Vaughn and Pedro Martinez. Other popular stars, like Johnny Damon and Jon Lester, have also been let go in their primes.

To be sure, the Red Sox have kept some standouts until the end of their careers, too. And while only nine players remain from the 2018 World Series roster, Manager Alex Cora said that should not be unusual.

“It’s still a business, there’s still rules; you have to be realistic with the organization and honest with yourself,” said Cora, who returns after a one-year suspension for his role in the Astros’ sign-stealing scandal in 2017, when he was the Houston bench coach. “We play in an era where you don’t keep the same guys for five or six years. People can talk about us: ‘That team from ’18 is all gone,’ right? But I think we have more players in that clubhouse than the Dodgers have from ’18.”

Almost. The Dodgers have 10 players remaining from the roster that lost to the Red Sox in 2018. But the Dodgers won the World Series in 2020, and with a rich farm system and a willingness to exceed the luxury tax threshold, they have sustained their success.

Bloom said the team he inherited was not equipped to do so. 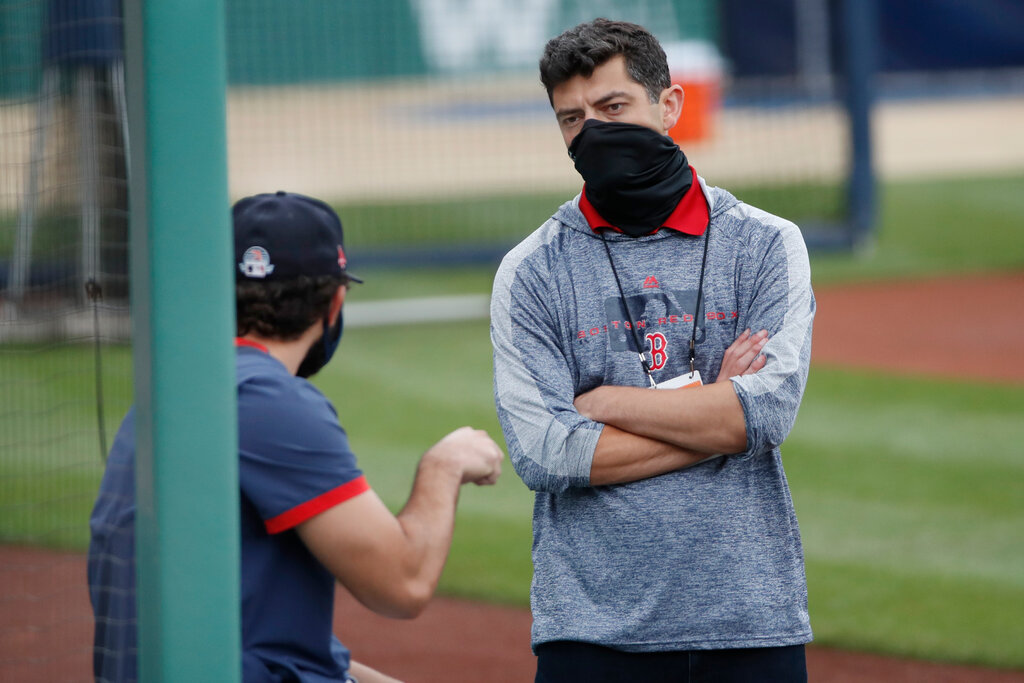 ‘I don’t think we were the class of the division anymore, and we were not well set up for the future to be able to return to that position if we didn’t change course.’

“I don’t think we were the class of the division anymore, and we were not well set up for the future to be able to return to that position if we didn’t change course,” he said. “With that, you expect that there’s going to be some change. I wouldn’t have expected that it would look exactly like this, but it was really just a question of assessing every decision in the context of the larger goal that we’re trying to accomplish.”

He added: “Having a homegrown core and sustaining a homegrown core is what we want to be all about. I think that collided with the reality of us looking up at teams in our division who were better now and better positioned down the road, and needing to make some adjustments to the present course to get out of that situation.”

The Betts case has been thoroughly analyzed; the big mistake, in hindsight, was not giving him an overwhelming contract extension at the first sign of greatness — say, in 2016 — as the San Diego Padres did last month with Fernando Tatis Jr.

There is no replacing a generational player like Betts, but the Red Sox at least got two solid prospects and an everyday outfielder, Alex Verdugo, who hit .308 with an .844 on-base plus slugging percentage last season. That ranked second among Boston regulars to shortstop Xander Bogaerts, who is signed through 2025 (with an opt-out after 2022).

“Alex has been interesting, to say the least, but in a good way,” said Cora, who is managing the hard-charging, heavily tattooed Verdugo for the first time. “You see the energy from afar, the way he played last year, but when you start talking baseball with him, it’s a deep conversation. And he’s a complete player. We got a good one.”

The Red Sox will still have baseball’s No. 2 payroll this year, behind the Dodgers, though much of it is dragged down by payouts to Dustin Pedroia, who retired because of injury; David Price, who was traded with Betts; and Benintendi, who was dealt for outfielder Franchy Cordero and four prospects.

“We sent cash in the deal to help get the prospect return that we got,” Bloom said. “So that really wasn’t financially motivated. It was just about having a return that aligned with the bigger-picture goals.”

The Red Sox will pick fourth over all — their highest spot in 54 years — in this summer’s draft. That draft slot is no sure ticket to stardom; only one player chosen fourth over all in this century, Ryan Zimmerman, has ever made an All-Star team. But the idea, Bloom said, is the same as it has been for years in Boston: to build a pipeline of low-cost, high-impact prospects that consistently replenishes itself, allowing the team to spend lavishly at the top of the payroll.

For now, the Red Sox have four players earning more than $15 million this year: starter Chris Sale, who is not yet throwing off a mound after Tommy John surgery last spring; Bogaerts; designated hitter J.D. Martinez; and starter Nathan Eovaldi. The winter additions were largely useful if uninspiring placeholders: veteran utility players like Enrique Hernandez and Marwin Gonzalez, workmanlike starters like Matt Andriese and Garrett Richards.

Bloom spent about $50 million in free agency, trades and raises to arbitration-eligible players, but made no new salary commitments past 2022. With those moves and better upper-level prospect depth, the Red Sox should not repeat last year’s fiasco.

But that is a low standard for fans who have come to expect much more. As they trudge across the bridge to true contention, the Red Sox can expect a lot of noise along the way.

“If you’re not up for taking criticism,” Bloom said, “this is not the line of work for you.”