Team GB’s Oliver Dustin refused to blame his nightmare build-up for failing to reach the 800m semi-finals at the Olympics.

The 20-year-old missed out in the heats in Tokyo on Saturday morning.

Dustin endured a torturous countdown after traces of cocaine were initially found in a drug test sample, putting his Games in jeopardy.

Anti-doping authorities accepted there had been cross-contamination of the sample and he was free to compete, but he came sixth in his heat.

He said: “It was hard to process something that was so wrong and I can’t say too much but it was a massive injustice against me and as an athlete that’s the last thing you expect to happen.

“It’s difficult, it was difficult to be at such an emotional low point and then think I’m going to the Olympic Games now. But I am much stronger for it and its taught me a lot about the sport and I’m going to be here for a long time.”

The session started under a cloud after the news Nigeria sprinter Blessing Okagbare had failed a drugs test.

She was due to run the 100m semi-finals against Dina Asher-Smith on Saturday evening in Tokyo but has been provisionally suspended by the Athletics Integrity Unit (AIU) after a sample collected from the sprinter tested positive for human growth hormone.

On the track, British indoor record holder Giles, who ran the second fastest indoor 800m in history in February, reached the semi-finals in Tokyo.

The 27-year-old clocked one minutes 44.49 seconds to finish third in his heat while Daniel Rowden also qualified.

Giles said: “They kicked at 400 and I wasn’t interested, I’m not up for it in the heats as we have to run tomorrow. I thought the boys would come back to me, but they managed to hold it in the heat which was absolutely phenomenal – really good.

“I was watching the screen and I knew where I was and that there was nobody close to me. But then if I am being honest, I am not sure that I would have caught them at the front because they were going that quick. 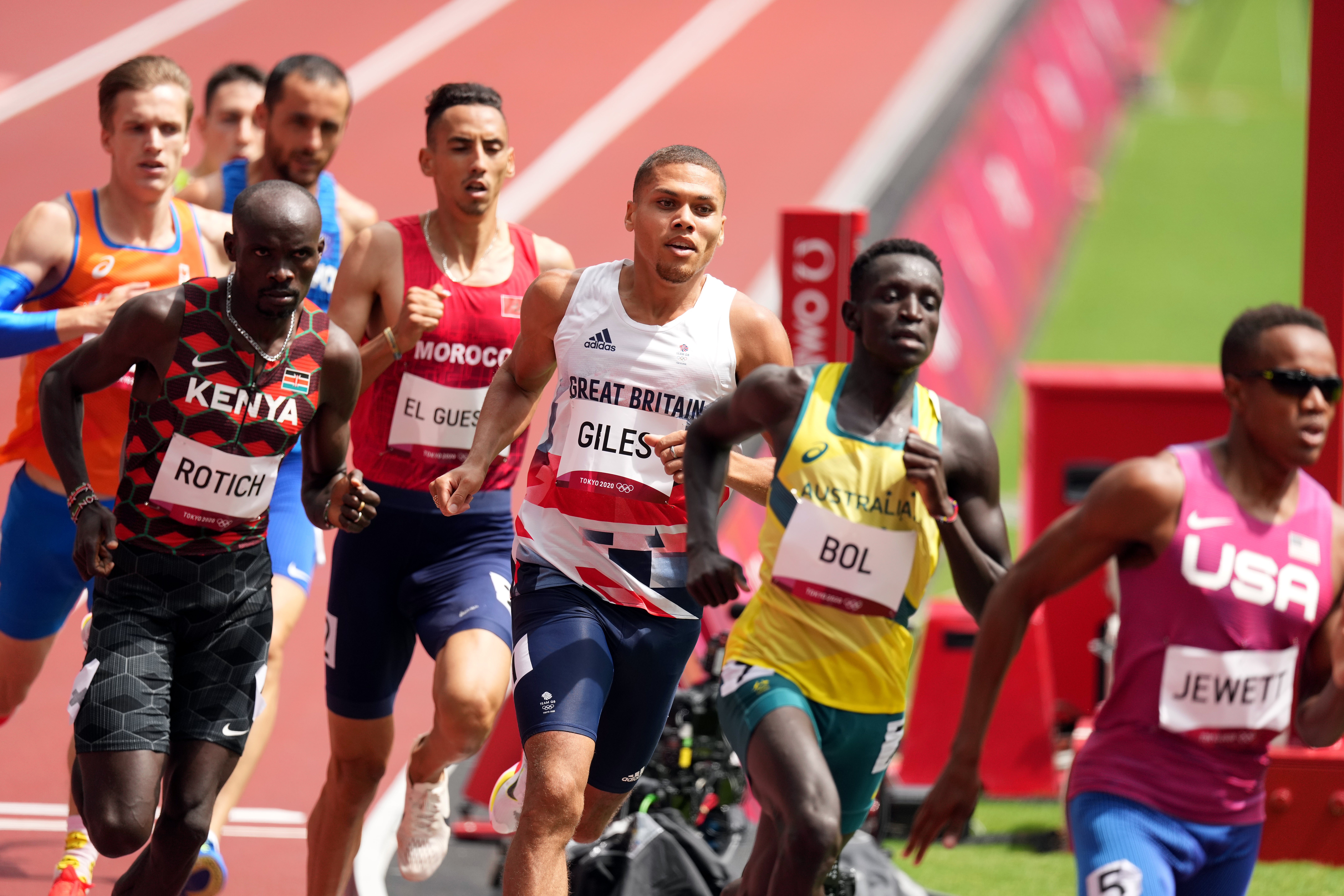 “It took me by surprise a little bit how fast they moved, but I was running to qualify, that was always the main aim. I see tomorrow’s race being exactly the same.”

Jessica Turner reached the 400m hurdles semi-finals after coming fourth in her heat in 56.83secs.

Jessie Knight fell on the first bend of her heat while Meghan Beesley came seventh in 55.91secs and did not progress to the semi-finals.

Turner said: “Honestly it was such a bad race, it was very, very rusty. I’ve had a tough run-up leading to this race so I’ve not been able to train properly due to injury.

“I’m just happy to get around in one piece and to get that automatic spot, so I’m very happy but also I need to get back to my coach and see what we can iron out. The semi is a new day, a new race, so let’s hope it’s a good one.”