American media companies have come under fire for their presentation of the Olympic medal count – which puts Team USA in the top spot.

NBC, which is broadcasting Tokyo 2020 in the US, is counting all gold, silver and bronzes won in its medal table, which sees the US ahead of both China, ROC, Great Britain and Japan.

The same has also been done by The New York Times and Washington Post, who have been accused of misrepresenting the totals.

In their tables the US tops the list with a total of 64 gold, silver and bronzes, ahead of China with 62, and ROC with 50.

But the Olympics official website, and most non-American outlets, base their medal table positions on the number of golds won. 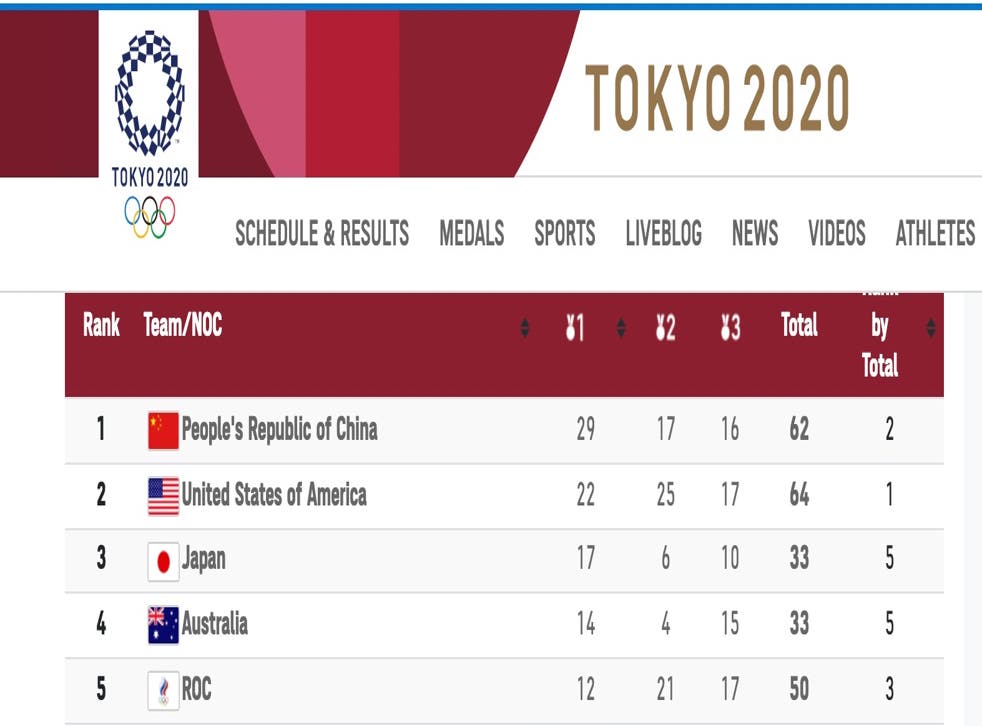 By this count, the country on top of the gold medal table can have fewer overall medals than the countries behind them.

So on the official Olympics website medal table, China, with 29 gold medals as the end of Monday’s events, is leading the US, which has 22 golds, with Japan in third place with 17.

The Olympics table does include an overall ranking number next to each country’s position in the table. 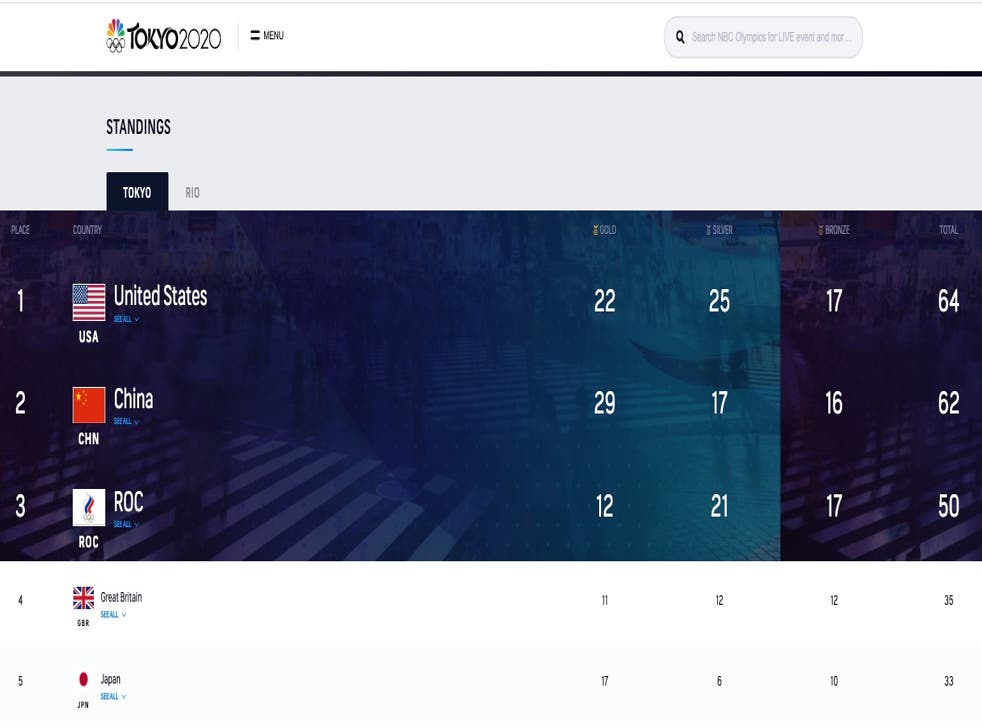 And the discrepancy has not gone unnoticed by social media users who have called out the American outlets over it.

“Never seen a country so self obsessed as the US,” tweeted @Folarin_AA.

“The Olympics medal table is usually arranged according to the highest number of gold medals. New York Times trying to spin it.”

And @kapitan_Joey, added: “You just gotta love the US Press. Not NY Times, WaPo and other media casually showing the US atop the Olympics Medal table (by Medal Count), rather than China (by Gold Medal Count).”

“Look Carefully Twittermates. In every table or medal list since the Olympics began, the Nation with the highest number of Gold’s is always the FIRST. American fragile ego’s just can’t deal with 2nd place. America is a petulant toddler,” tweeted @IanRichardMarkG.