2021 NFL season will be ‘biggest by far’ for sports betting market: BetMGM CEO

Tom Brady appeared in a Subway commercial to start the 2021 season.

The Buccaneers quarterback signed an endorsement deal with the eatery earlier in the summer. On Thursday, as he and the Buccaneers took on the Dallas Cowboys, one of the first ads featuring him dropped during the football game.

The commercial at first appeared to be a cologne ad for Brady until the spray bottle spells out the word "bready." But the seven-time Super Bowl-winning quarterback made it known that "Subway as so much new" they "bought time" in his ad to showcase what was new.

"People are wondering about my new partnership with @subway. As this new commercial will tell you, I don’t eat much bread, but at the end of the day I recognize greatness when I see it. When they told me about all the new menu items they were launching, I couldn’t resist getting in on the fun. Bready…. It’s forbidden," Brady wrote on Instagram.

Brady was announced as one of the spokespeople for the new ad campaign along with Charles Barkley, Steph Curry, Serena Williams and Megan Rapinoe.

In July’s media release, Subway explained that its new "Eat Fresh Refresh" launch "celebrates the biggest changes in Subway's history, including improvements to almost every core product on the menu and a better digital and in-restaurant experience to ensure the brand delivers better choices every day."

The company described its new marketing campaign as "the first never-ending TV spot" with commercials featuring their new sports celebrity spokespersons, along with social and digital content. 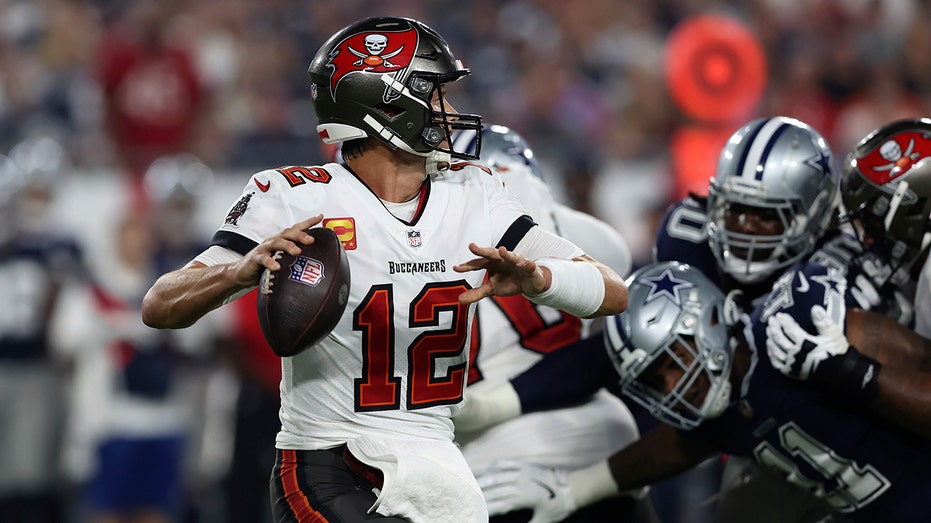 "The Subway Eat Fresh Refresh campaign brings to life how much new we have on our menu and is a significant moment in the brand's transformation journey," Subway chief marketing officer Carrie Walsh said in a statement. "We developed a creative idea with a supporting cast of the biggest names in sports to share all of the great changes happening at Subway in a story that continues across multiple spots and formats."

"The effort is supported by one of the largest media investments in the brand's history," Walsh continued. "In my almost 20 years in marketing, this is the most innovative campaign and media strategy that I've ever seen."