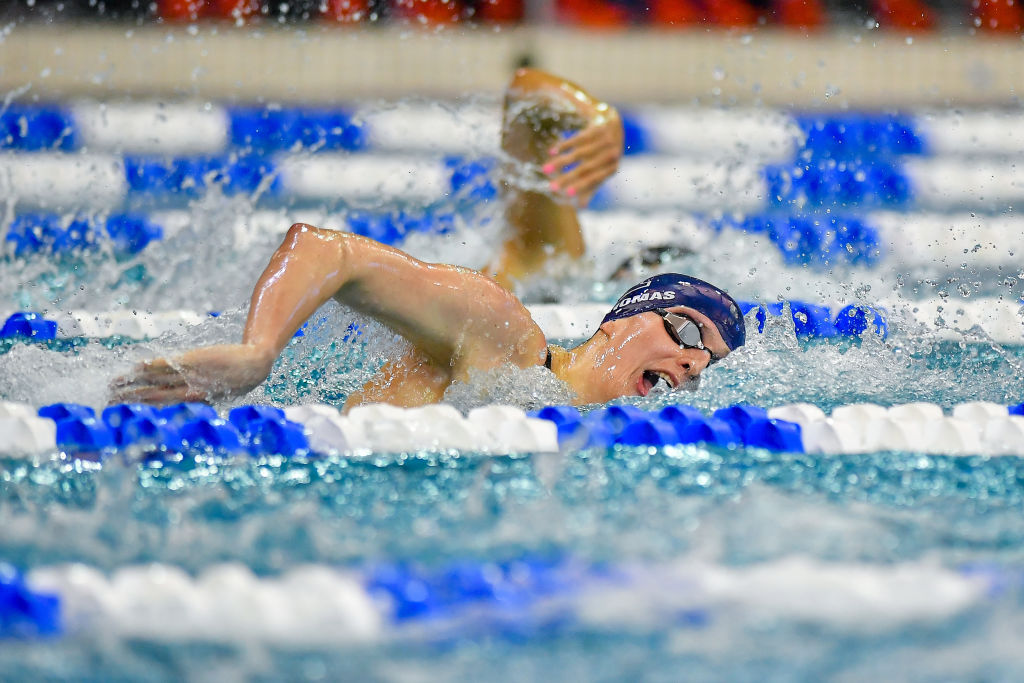 Swimming’s world governing body has voted to ban transgender athletes from competing in women’s races if they went through male puberty.

FINA, the international federation sports federation for swimming, is planning to establish an ‘open’ category for transgender athletes.

Under the new rules, transgender swimmers are required to have completed their transition by the age of 12 in order to be able to compete in women’s competitions.

Earlier this year, Lia Thomas became the first known transgender athlete to win an NCAA swimming championship with her victory in the 500m freestyle.

But her participation at the event was met by protestors from Save Women’s Sports, while other athletes also criticised the decision to allow Thomas to compete.

A statement from FINA has now stated that transgender athletes will be able to compete only if ‘they can establish to FINA’s comfortable satisfaction that they have not experienced any part of male puberty beyond Tanner Stage 2 (of puberty) or before age 12, whichever is later’.

FINA President Husain Al-Musallam said: ‘We have to protect the rights of our athletes to compete, but we also have to protect competitive fairness at our events, especially the women’s category at FINA competitions.

‘FINA will always welcome every athlete. The creation of an open category will mean that everybody has the opportunity to compete at an elite level. This has not been done before, so FINA will need to lead the way. I want all athletes to feel included in being able to develop ideas during this process.’

Former British Olympic swimmer Sharron Davies posted on Twitter: ‘I can’t tell you how proud I am of my sport @fina & @fina_president for doing the science, asking the athletes/coaches and standing up for fair sport for females.

‘Swimming will always welcome everyone no matter how you identify but fairness is the cornerstone of sport.’