TYSON FURY celebrated victory over Deontay Wilder with a wild after-party at the glitzy Hakkasan nightclub in Las Vegas.

But The Gypsy King is now in recovery mode and and making the most of his hard earned rest with a dip in the swimming pool. 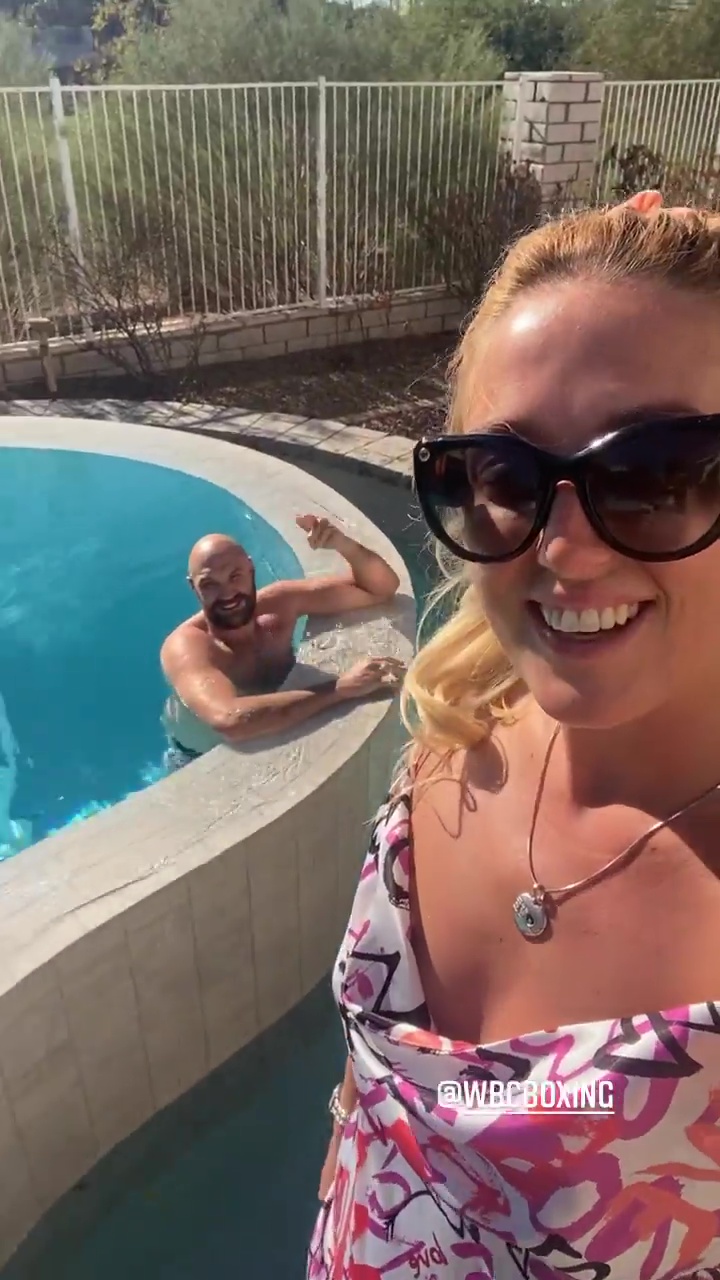 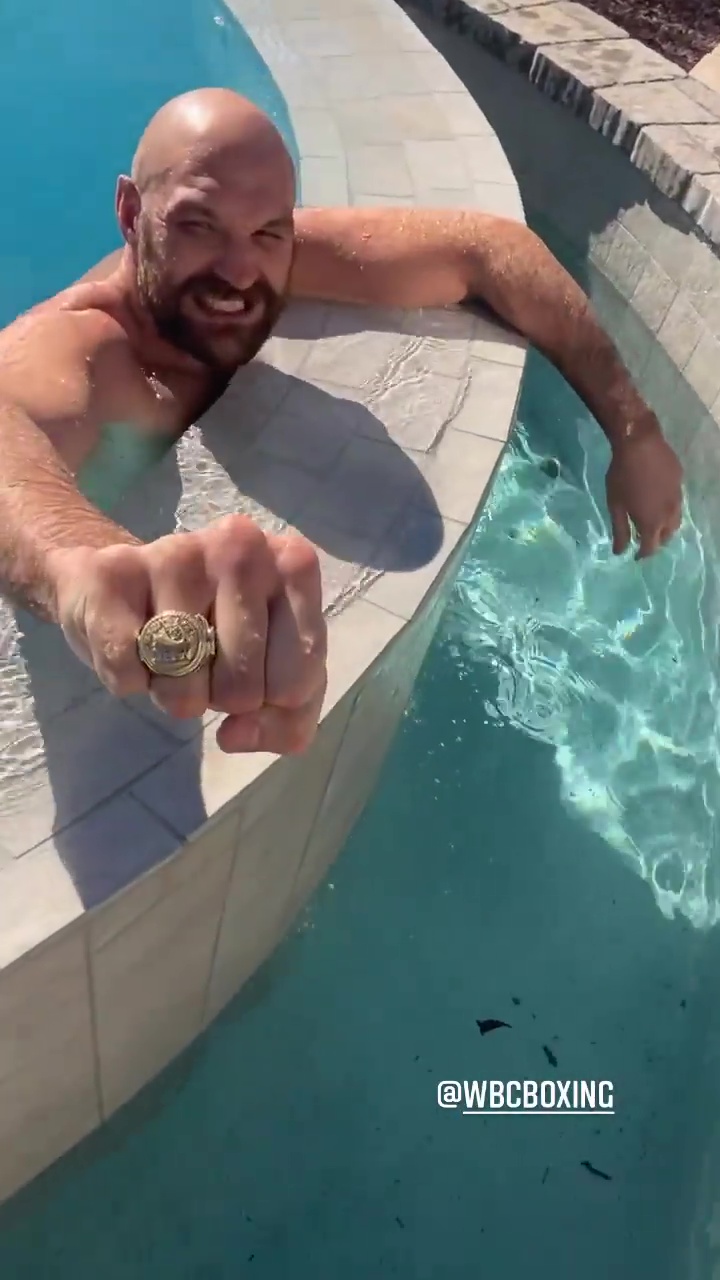 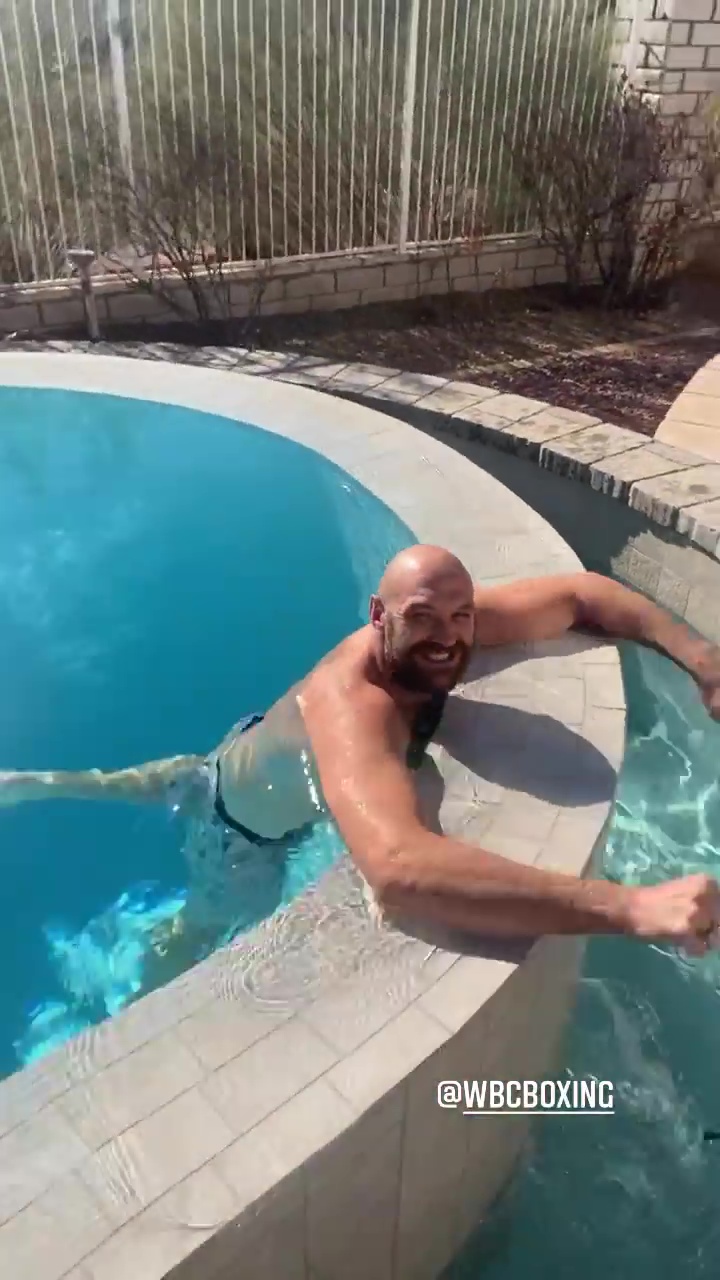 His wife Paris took to Instagram to share a video of her 33-year-old husband soaking up some Sun while relaxing in a pool.

She focuses the camera on the Gypsy King as he shows off a bling WBC ring he wears as WBC heavyweight champion.

He smiles and cheers with barely a scratch on him – despite being twice dropped by Wilder.

Fury hit the canvas twice in the fourth round but he recovered to land a devastating knockout in round eleven.

He also had Wilder on the floor twice – in rounds three and ten – before the final blow.

And after dishing out some brutal shots Fury headed over to Wilder's corner to offer the Bronze Bomber a handshake.

But The Gypsy King has revealed: "I said, 'Well done.' And he said, 'I don't wanna show any sportsmanship or respect.' I said, 'No problem.'"

"I was very surprised by that but he’s a sore loser, an idiot.

"To be a top fighting man, you've got to show guts and respect and he couldn't do it tonight. And that's it.

"He couldn't do it so I'll pray for him. I'm just thankful we all got out the fight in one piece and go home to our lovely families."

Fury went on to claim: "I went over to show love and respect and he didn’t want it to so I will pray for him.

"Wilder has no lover for me because I have beaten him three times.

"But I am a sportsman and I went over to him to show him some love and respect and he did not want to give it back.

"That’s his problem, I will pray for him and hopefully God will soften his heart."