RYAN SHAWCROSS was sent off for brutally grabbing an opponent's neck as nine-man Inter Miami suffered another disastrous defeat.

The former Stoke defender, 33, let frustrations get the better of him with seven minutes to go away at DC United on Saturday night. 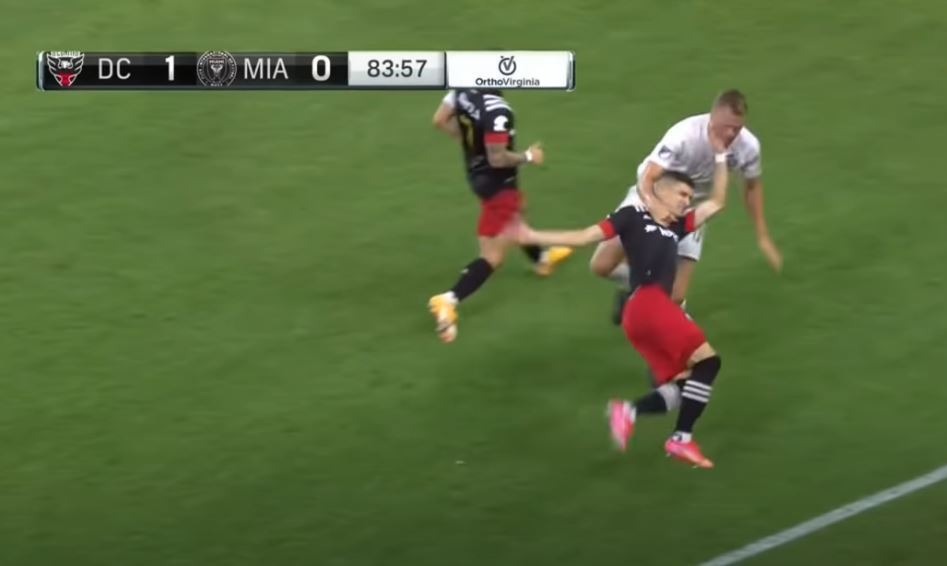 Miami were trailing 1-0 when the centre-back tried to launch an attack down the right wing.

But after miscontrolling and running into trouble, he was tackled by DC substitute Joseph Mora.

Instead of accepting the throw-in, though, Shawcross decided to wrap his arm around the Costa Rican defender and haul him down to the ground.

The one-cap England man – who joined on a free transfer in February – tried to walk off and get away with it but when Mora stayed down and the players and crowd reacted angrily, the referee brandished the red card.

That was the second an Inter player was sent off with Gregore handed a second yellow for a body-check tackle ten minutes after the break at Audi Field in Washington DC.

To make matters worse for Phil Neville and his side, DC were awarded a controversial penalty 20 minutes from time.

The ball was crossed in from a free-kick wide on the left and headed into Christian Makoun's arm from point-blank range.

Ola Kamara stepped up and made no mistake from the spot, rolling it into bottom corner with ease.

That proved the only goal of the game as Miami's miserable start to the season continued.

The team – co-owned by David Beckham – have picked up just eight points from nine games, winning two and losing five.

They sit 11th in the MLS Eastern Conference, with all three of the teams below them having at least one game in hand.