TWO adoring fans took supporting their team to a whole new level by climbing onto the ROOF of Brazilian side Flamengo's bus.

Not only that, they even managed to prise open the emergency exit from the outside to scream messages of support to the stunned players. 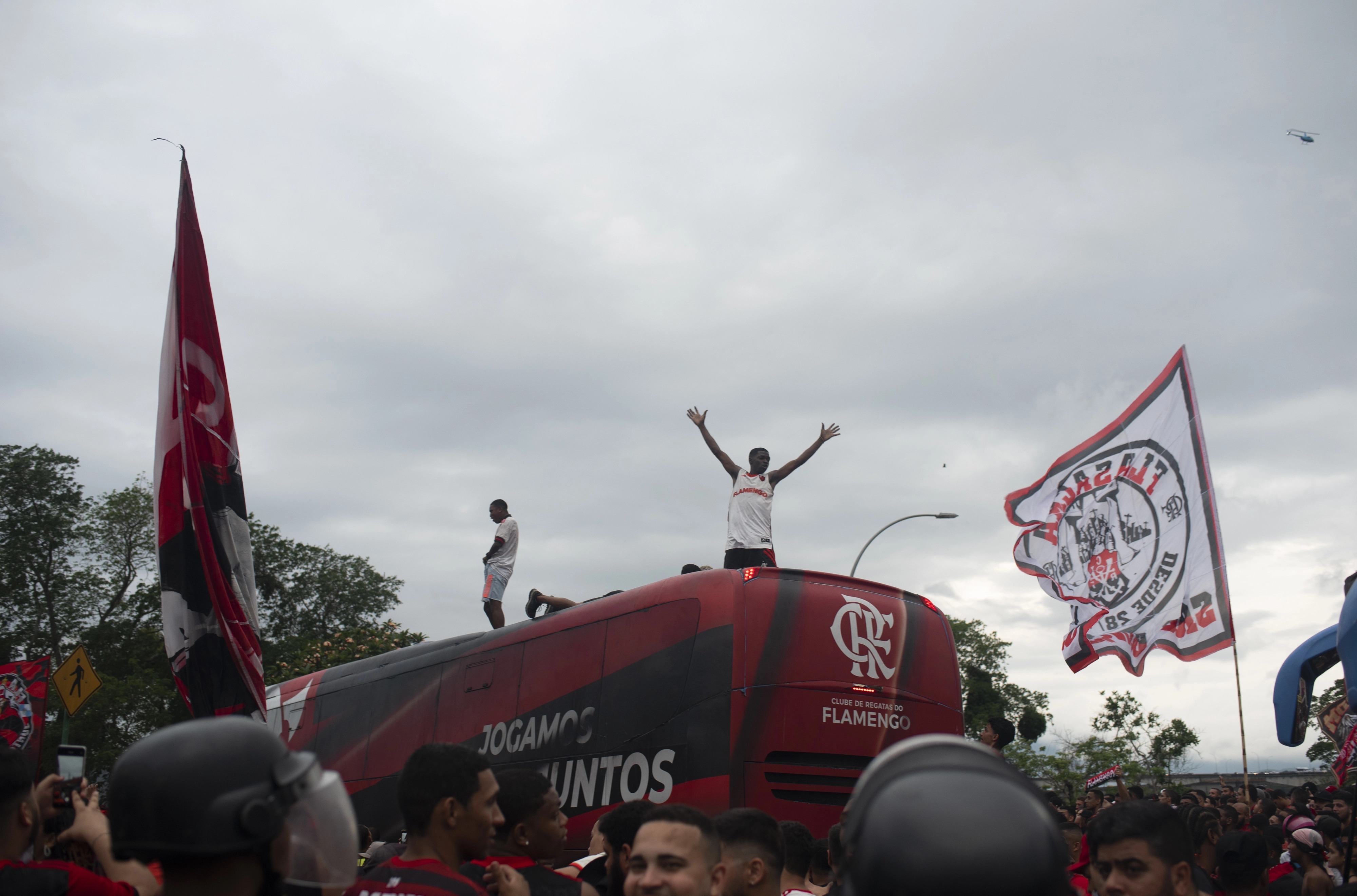 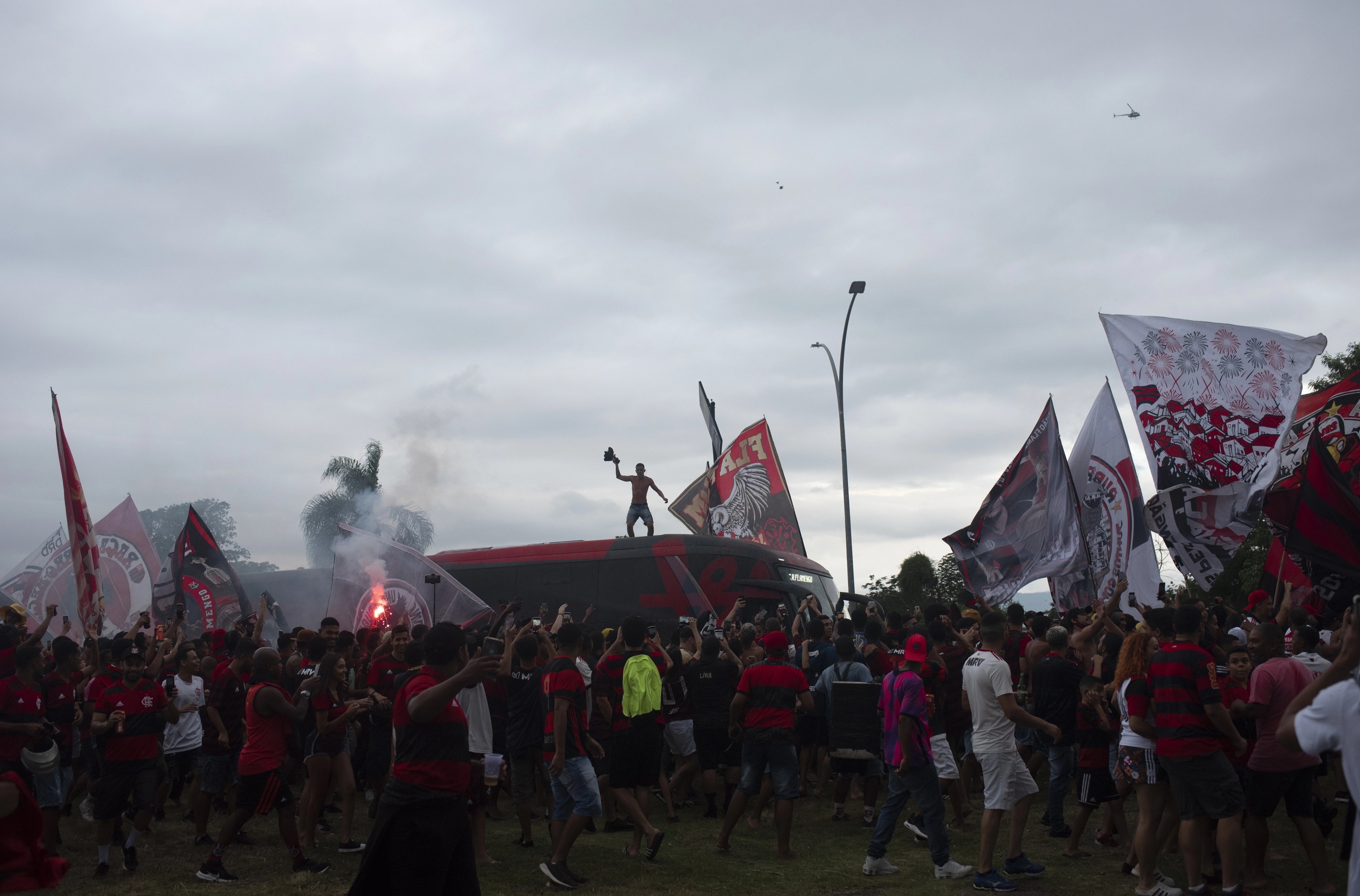 Rio de Janeiro based Flamengo are gearing up for the final of the Copa Libertadores – South America's version of the Champions League – next Saturday.

The game against fellow Brazilians Palmeiras is taking place at the Montevideo Centennial Stadium in Uruguay, so Friday's bus departure was made into something of a send-off.

As the team left Rio for the last time before the final, excitement reached fever-pitch among their loving fans.

These two in particular managed to haul themselves onto the roof of the team bus and force the emergence exit trapdoor open.

They soon spotted their favourite star – striker Gabriel Barbosa – and shouted:"Gabigol [his nickname] I'm your fan."

Flamengo's squad watched on in astonishment as the two super-fans screamed frantic messages of support into the bus.

Some whipped out their phones to record the frenzy, as others were left speechless.

The fans were eventually carted away by security and the bus continued on its journey.

BETTING SPECIAL – GET RONALDO TO SCORE FIRST AT 16/1

Flamengo are bidding for a second Copa Libertadores success in two years after winning the 2019 final against Argentinian giants River Plate.

Their only other triumph in the famous tournament came all the way back in 1981.

And the prospect of winning a third title was clearly too much to take for some Flamengo fans.

Next Saturday's final is between second and third in the Brazilian Serie A, as second-place Flamengo host third-place Palmeiras.

Sao Paulo outfit Palmerias are also twice winners of the Copa Libertadores and are looking for back-to-back triumphs after winning last year's trophy.