CURTIS JONES was sent off after the full-time whistle following a furious bust-up with Croatia's players.

Aidy Boothroyd's Young Lions were dumped out the Euro 21 on Wednesday night despite a 2-1 win after Domagoj Bradaric last-gasp screamer. 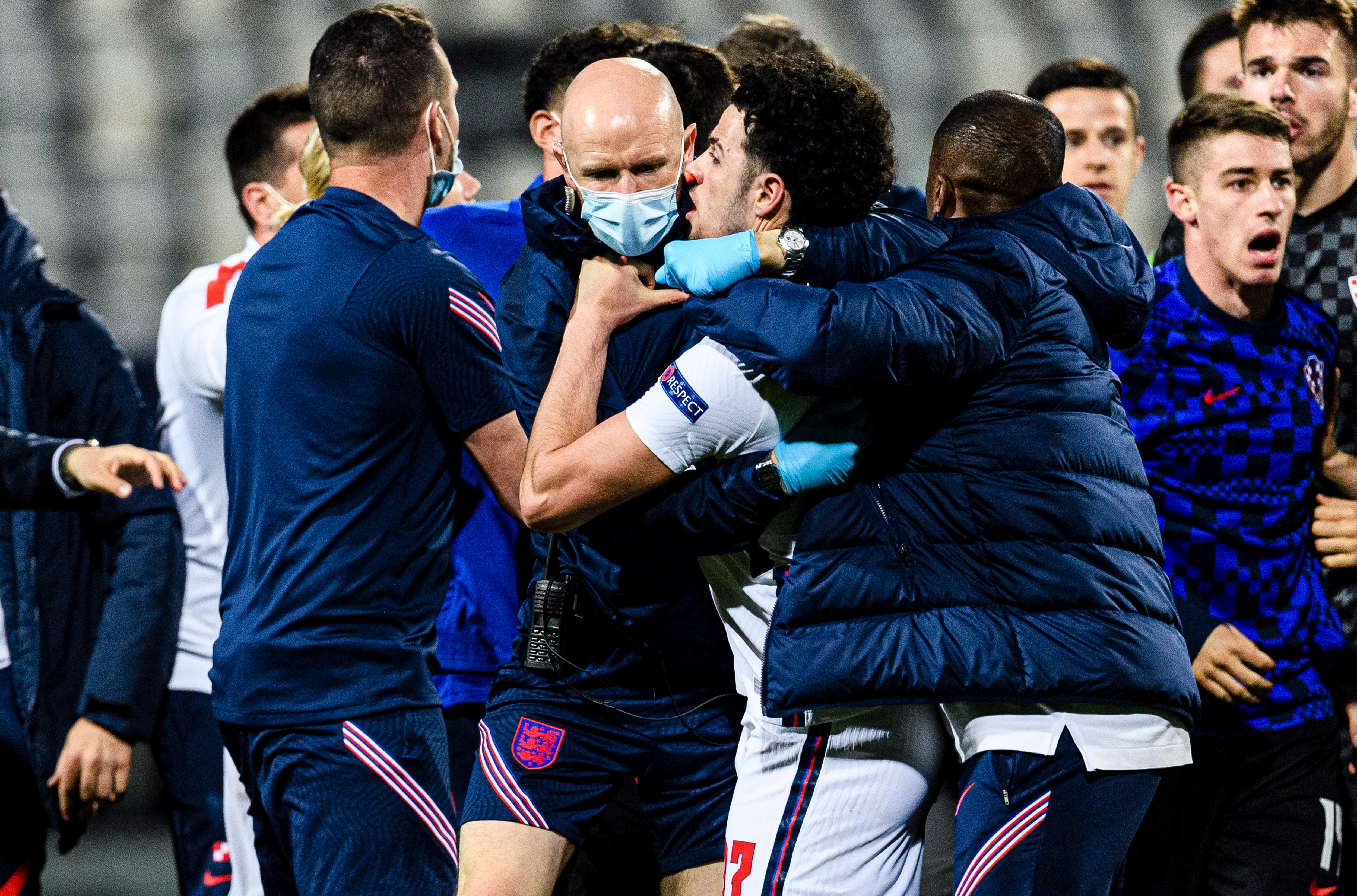 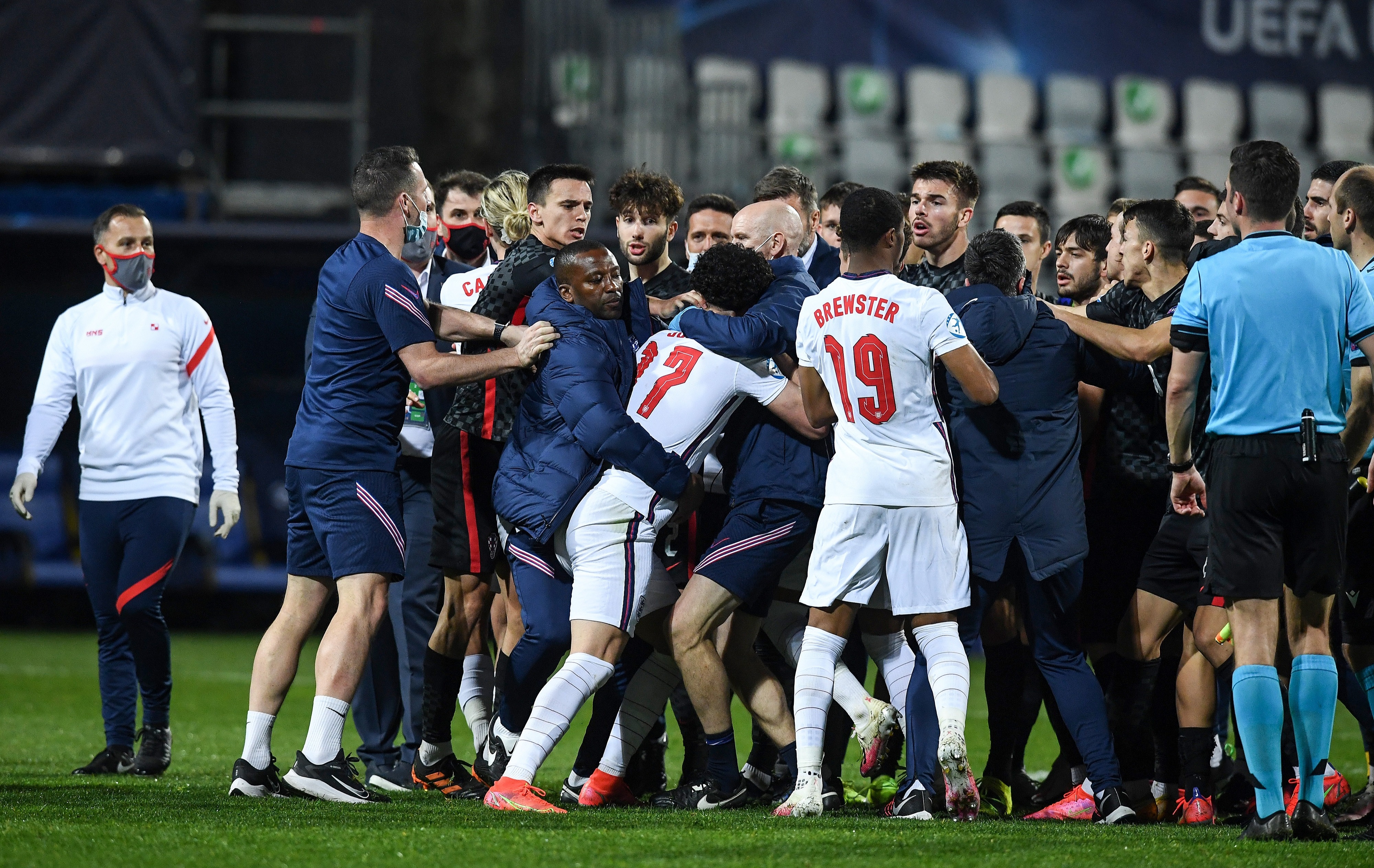 England Under-21s needed to win by two clear goals to stand any chance of progressing into the knockouts.

The goal sealed Croatia's passage into the next round to leave English hearts broken.

And it sparked wild celebrations at the full-time whistle as Croatia's players and staff jumped for joy in the centre circle.

This angered Jones who accused Bradaric of taunting him after the contest.

Already bloodied from the nose following an incident in the contest, the Liverpool midfielder completely lost his cool as he charged towards the left-back.

Jones then had to be held back by the England backroom staff before managing to wiggle out and charge at the Croatians for a second time.

It contributed to ugly scenes that followed with Rhian Brewster also having to be dragged away.

Boothroyd, who has overseen two dismal tournaments as England Under-21 boss, said a combination of passion and devastation led to the melee. 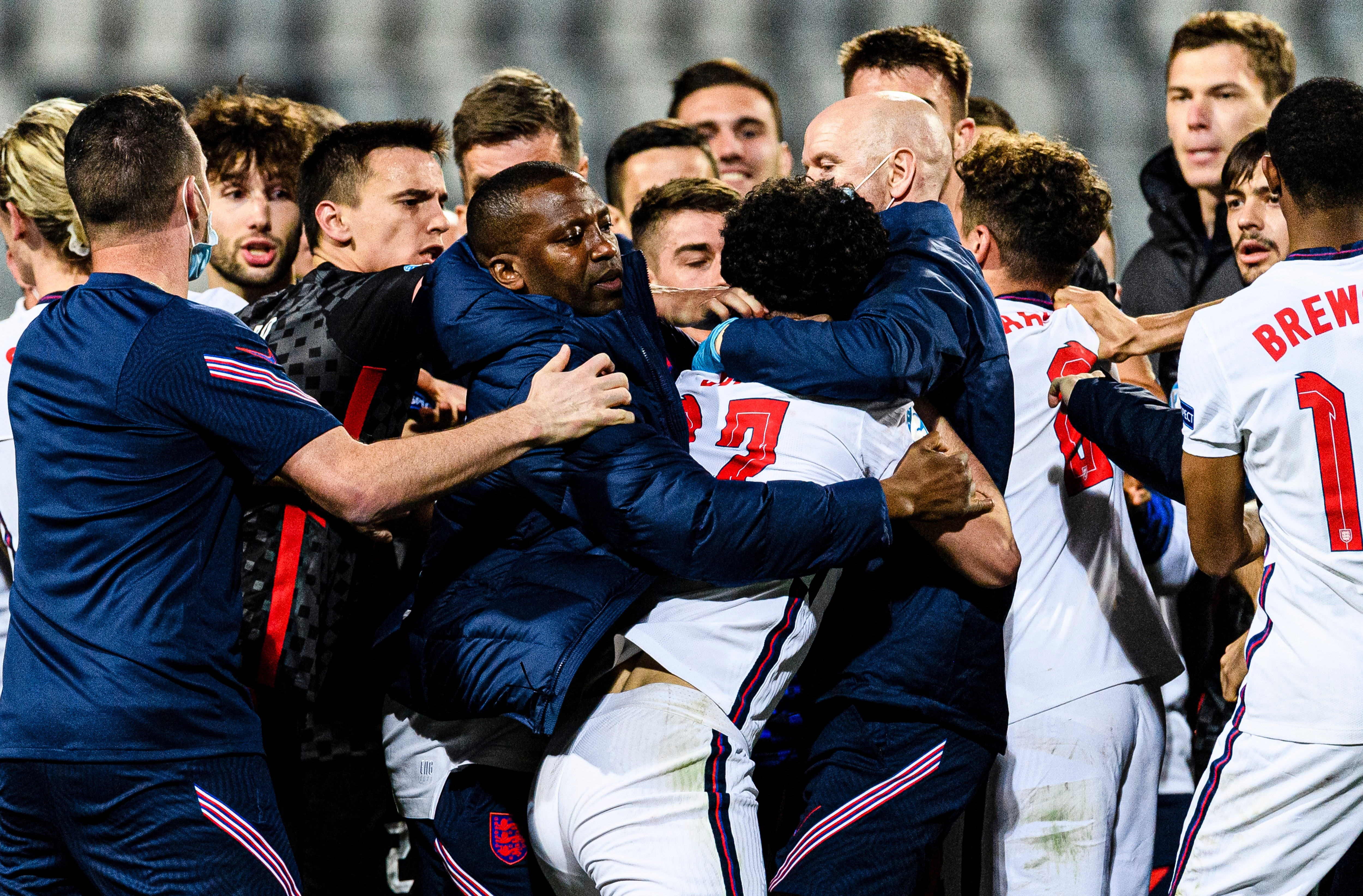 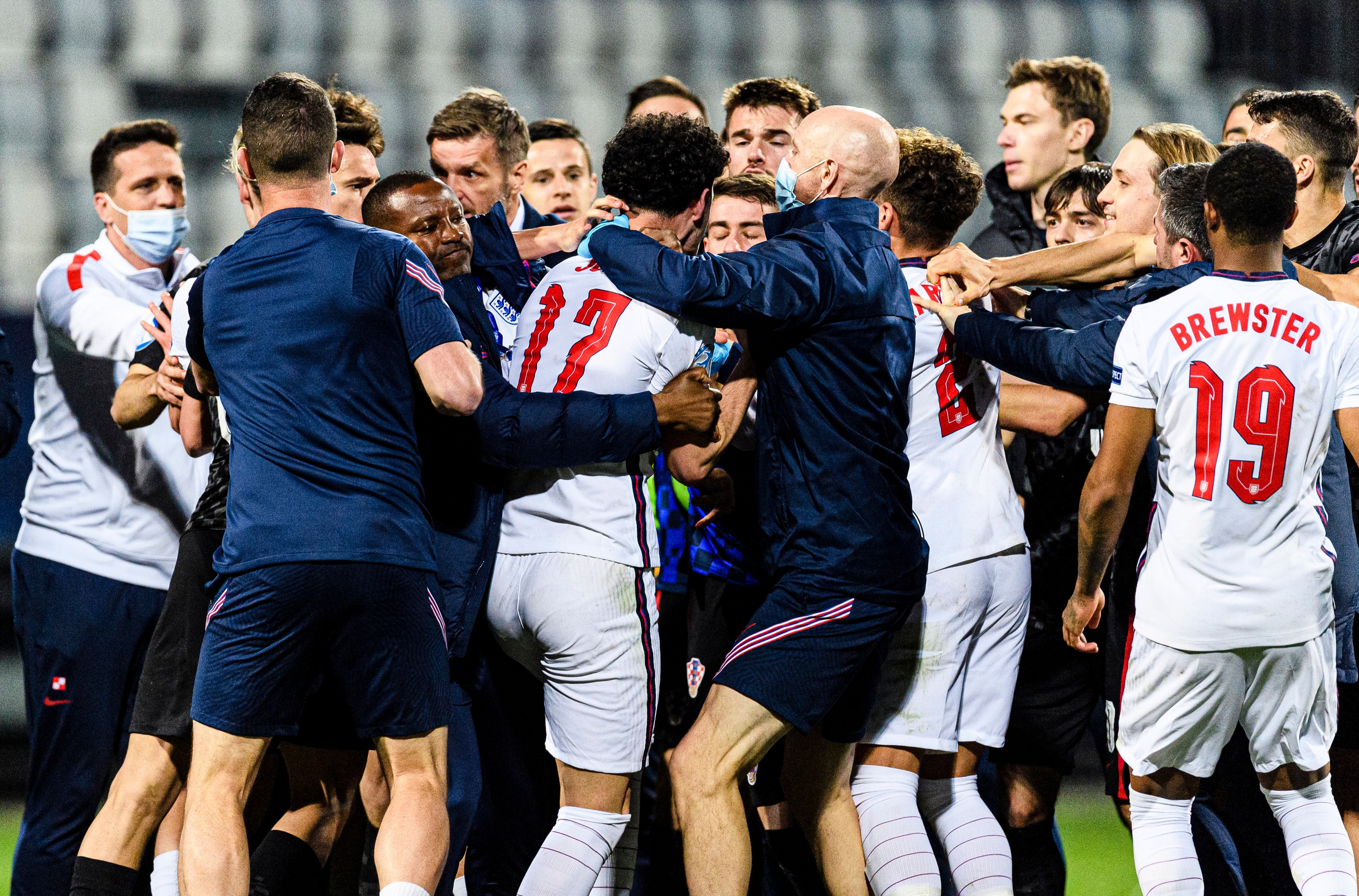 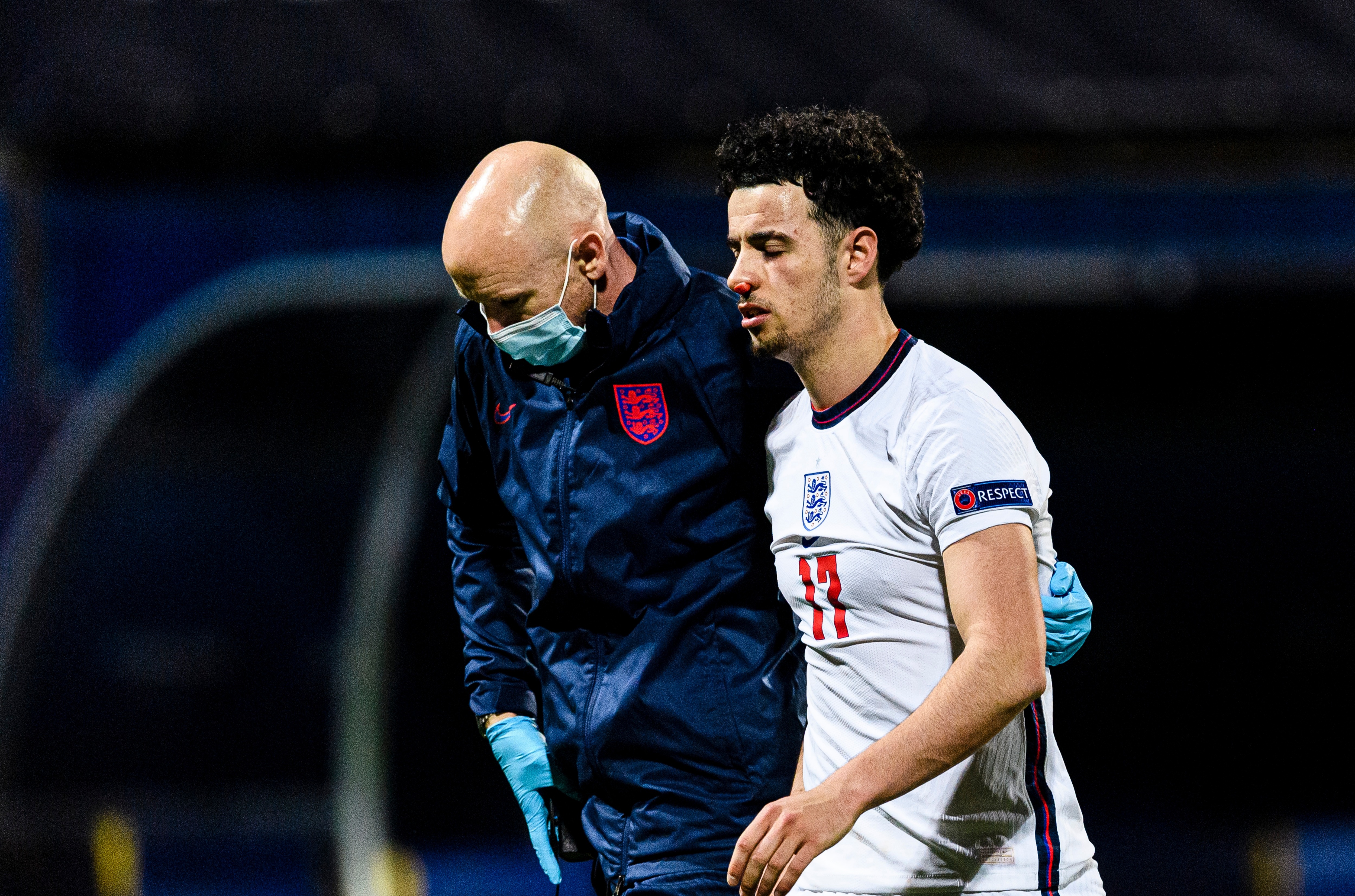 He said: "What happened was there was a team jumping around celebrating in between one or two of our boys.

"I've got to get to the bottom of the card. I'm yet to speak to the referee. It's a highly emotive situation where difficult things can happen.

"It got a bit heated. There's been no racial situation at all. It's just I think the passion and disappointment of one team celebrating and being ecstatic and our boys being totally devastated.

"It was something and nothing and thankfully it dissipated quickly.

'He [Jones] got the bloody nose from the game. He got contacted, that's why he had to change his shirt."

Jones thought he had fired England into the knockouts following his strike in the 74th minute.

Queens Parks Ranger's Eberechi Eze had initially put England ahead from the spot in the first half.

Boothroyd's contract expires this summer and is almost certain to be replaced with Frank Lampard being touted for the role.