FANS called for Jamie Carragher to be red carded during Soccer Aid – as he appeared to KICK OUT at former Love Island star Kem Cetinay.

The pair clashed during the second half of the charity game at the Etihad, with the World XI leading England 1-0. 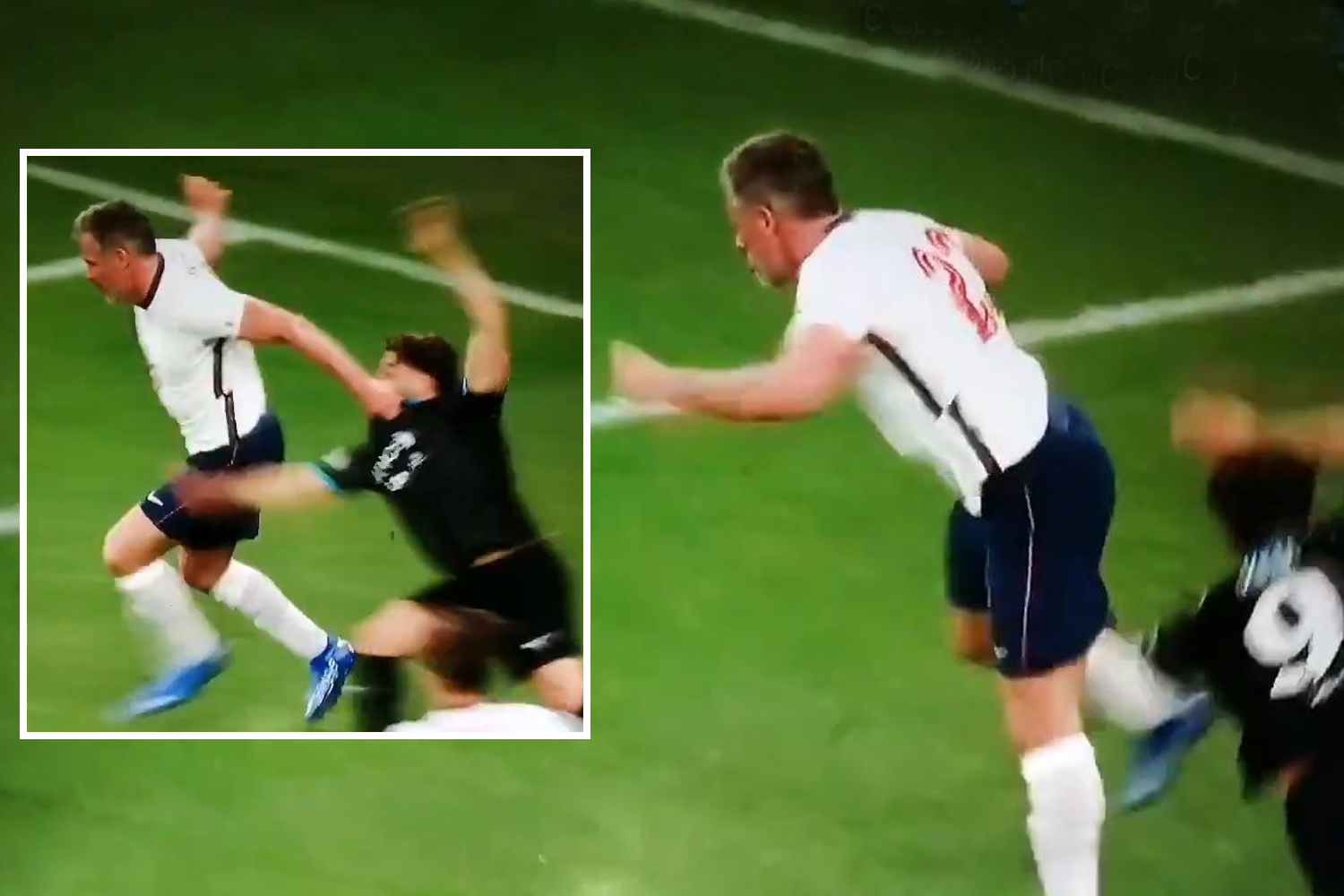 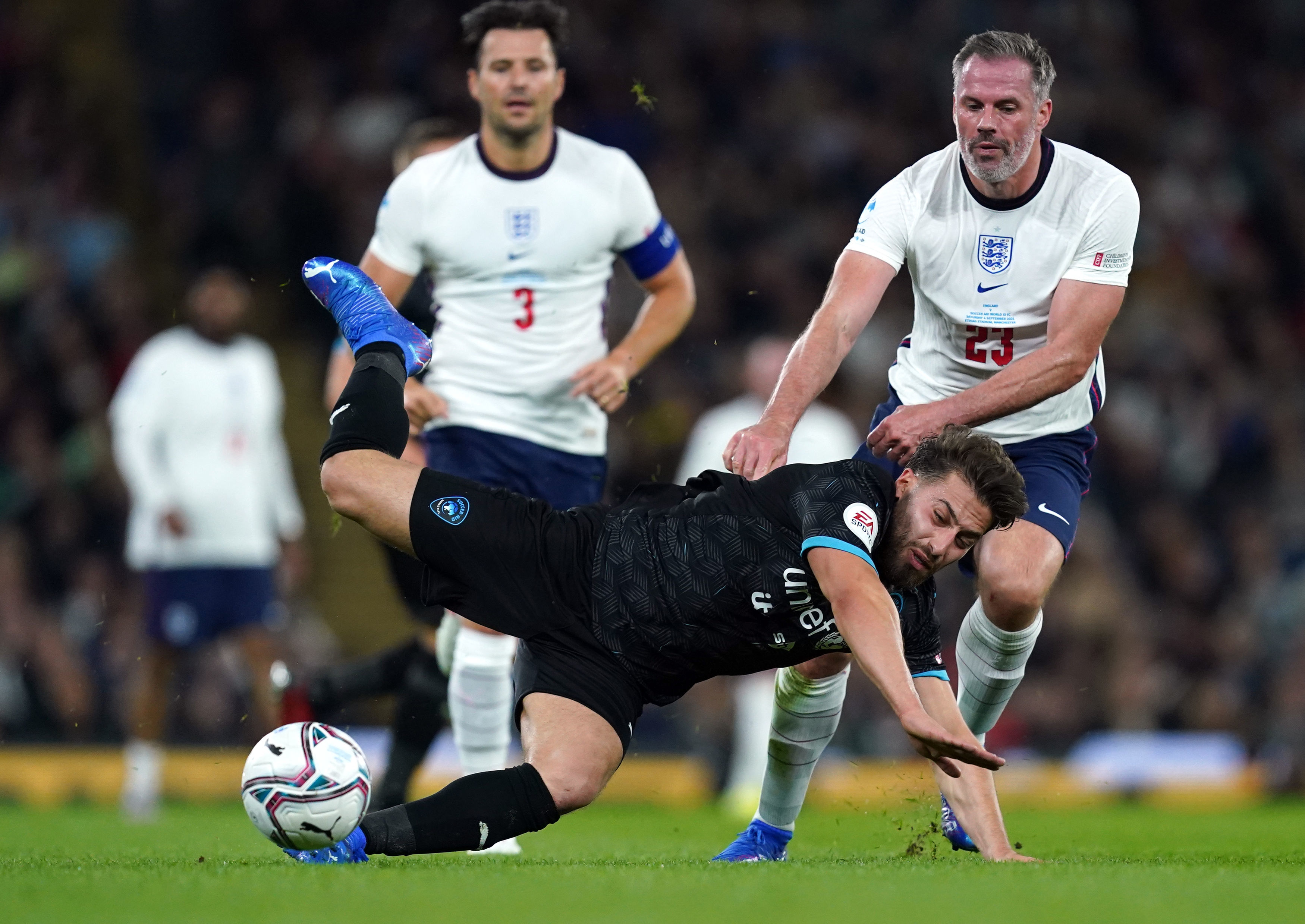 Cetinay – who famously turned John Terry before scoring in the top corner in a previous Soccer Aid game – tried to round Carragher in the box.

The Liverpool legend got the better of the reality TV star, but pulled his shirt and as he fell to the floor appeared to flick a kick into Kem's chest.

Viewers watching the game on ITV,which has raised millions for charity down the years, were not impressed with what they saw.

One fan wrote: "Carragher needs to grow up. Some dirty play going on. He would do well to tremember it's a charity match and there's a lot of kids watching."

Another wrote: "I think someone needs to remind Carragher this isa charity match."

The pair then clashed again with Carragher landing a heavy tackle on Kem as he appeared to be running away from him.

But Kem, who is currently on Celebrity MasterChef, later got his revenge with a smartly taken goal into the bottom corner.

It was his second goal and a dominant 3-0 win for the World XI, with comedian Lee Mack roundingoff the scoring.