JUDE BELLINGHAM comically showed his admiration for Erling Haaland's Champions League efforts by giving the striker a quick peck on the cheek.

And the Norway ace cracked a smile when the England starlet planted a post-match smacker on him after Dortmund's win against Besiktas. 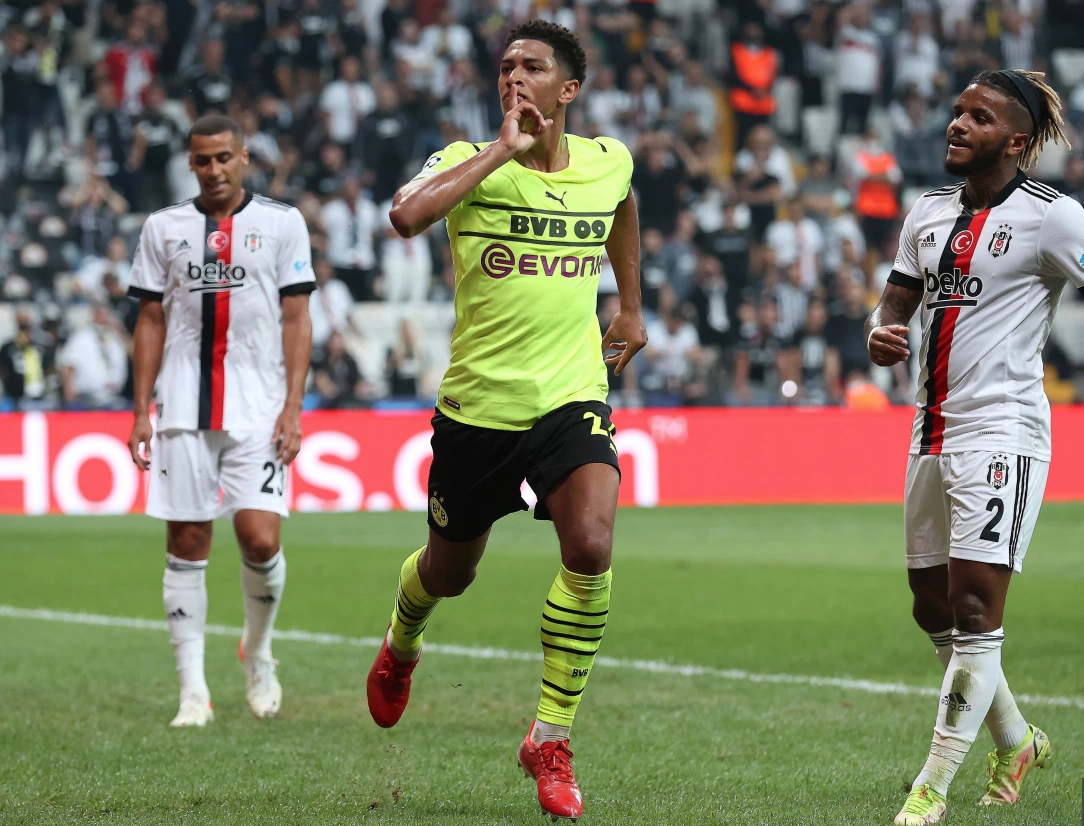 The Borussia Dortmund aces were both on target with first-half goals for the German giants in their first Champions League group game this term.

And Haaland, 21, was singing the praises of his highly-rated Birmingham team-mate shortly after being on the receiving end of a swift kiss.

Haaland said: “He’s amazing. He’s 18, three years younger than me and it’s crazy. “What I can say. He is amazing.

Of the defeat of Besiktas, Haaland said: “We fight and we did good, so I’m happy for the win.”

Bellingham and Haaland’s efforts in Dortmund’s attack has earned plaudits from supporters and pundits.

The duo have racked up 11 goals in seven games for Dortmund this term.

And Bellingham’s affectionate post-match pecker prompted praise from fans for the Dortmund pair on social media.

One Twitter account described the Three Lions ace and his team-mate as “two of the best youngsters in the world”.

Another complimented Bellingham for “being on fire” for the German giants.

A third account posted the words ‘Hey Jude’ with a laughter emoji whilst another described Bellingham’s kiss as “class”.

Bellingham and his Dortmund teammates, who are third in Germany’s top-flight, will face Union Berlin in the Bundesliga next.

And a clash with Sporting Lisbon awaits them in their second Champions League group game on September 28.