Boss Darren Moore had restored Byers to his starting XI after having benched him for the Owls' two previous League One matches. 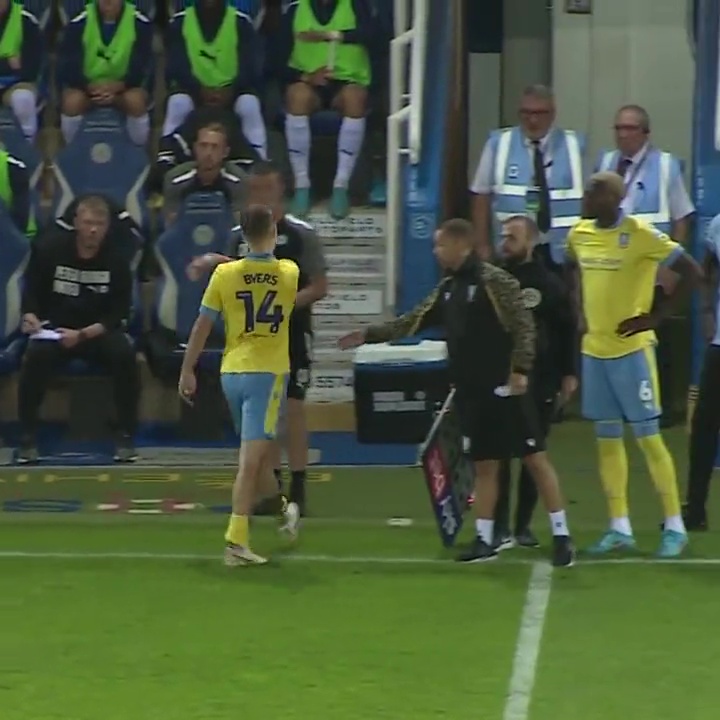 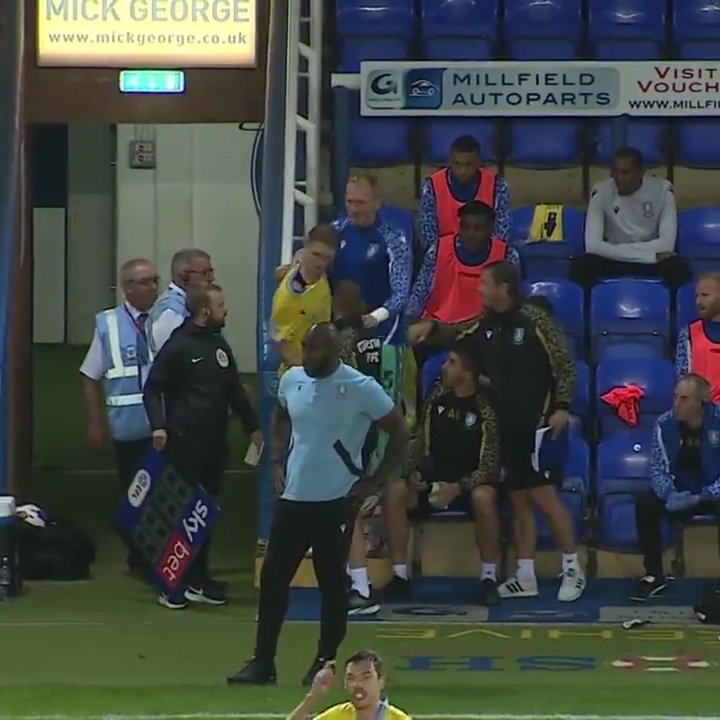 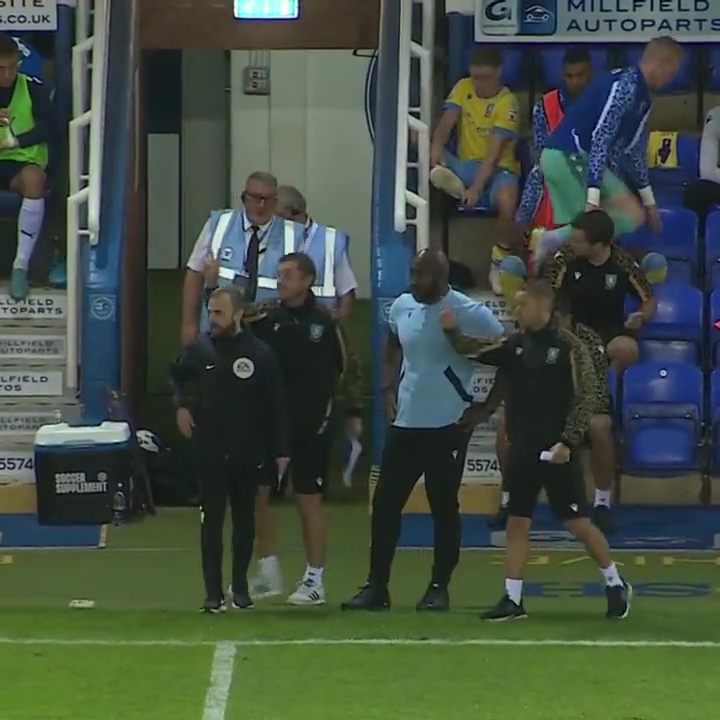 Moore's plans were scuppered in the first-half, however, when defender Reece James was sent off after just 34 minutes.

The former West Brom boss opted to reshuffle his pack before half-time, hauling Byers off on 40 minutes in order to bring an extra defender on in the shape of Dominic Iorfa.

Byers, 26, was incandescent with rage as he trudged off the pitch, refusing to even acknowledge his replacement Iorfa.

As Smith put his hand out to the midfielder, Byers slapped it away in frustration and carried on marching towards the bench.

Smith, 47, was unimpressed with the gesture and followed the substituted player to confront him.

Byers shoved him away once, before doing so again as he approached his seat.

The duo were then involved in a heated exchange of words before substitute keeper Cameron Dawson dragged Byers away to his seat.

With his pride wounded, the former Swansea ace yanked his boots off in frustration and threw them to the ground.

Moore didn't flinch during the unsavoury incident, keeping his eyes focused on the pitch.

Asked about what happened after his side's 2-0 defeat, the Wednesday boss said: "I’ll find out now. and when I see you on Friday we’ll have a little chat."

He then added: "After the sending off I was just thinking in my head about getting in at half time.

"Firstly you don’t think anything like that is going to happen – but I’ll ask the questions to both men, and see what was said.

"I would almost 100 per cent put it down to frustration, heat of the moment and the pulsating atmosphere. If it’s anymore than that I’d be really surprised.

"I’m not really alarmed by it or anything, but I will look into it, and when we have the press conference on Friday I’ll happily speak about what went on."

The result saw Wednesday's unbeaten start to the season come to a crashing halt.

Last season's beaten play-off semi-finalists drew 3-3 with Portsmouth on the opening day, before back to back 1-0 wins over MK Dons and Charlton. 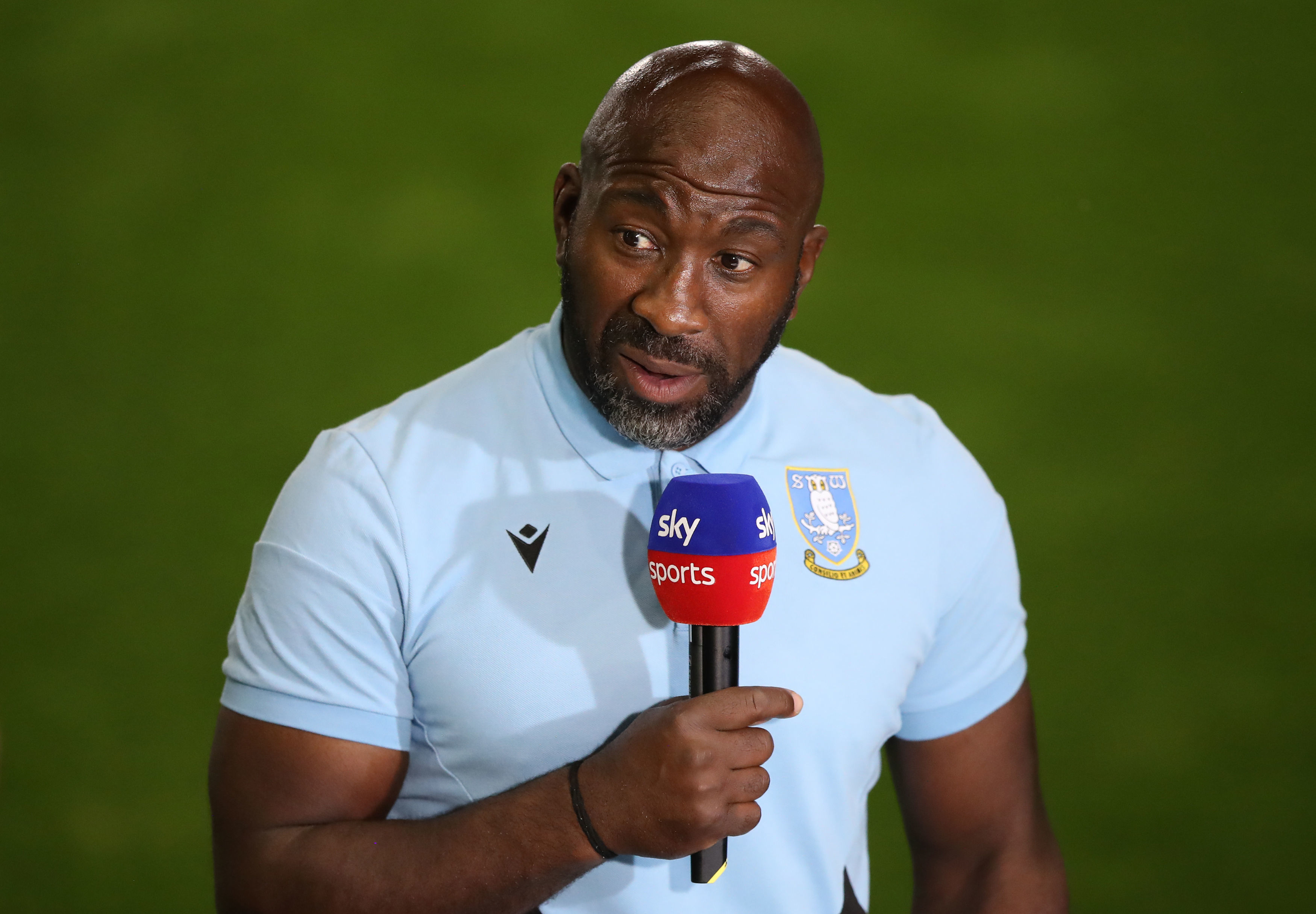