A RUSSIAN ski team were stripped of their bronze medal at the Cross-country World Cup after a nasty confrontation with a rival team.

Alexander Bolshunov found himself unable to get past Finn Joni Maki in the closing stages of the 4 x 7.5 km relay as they battled for the silver medal behind Norway. 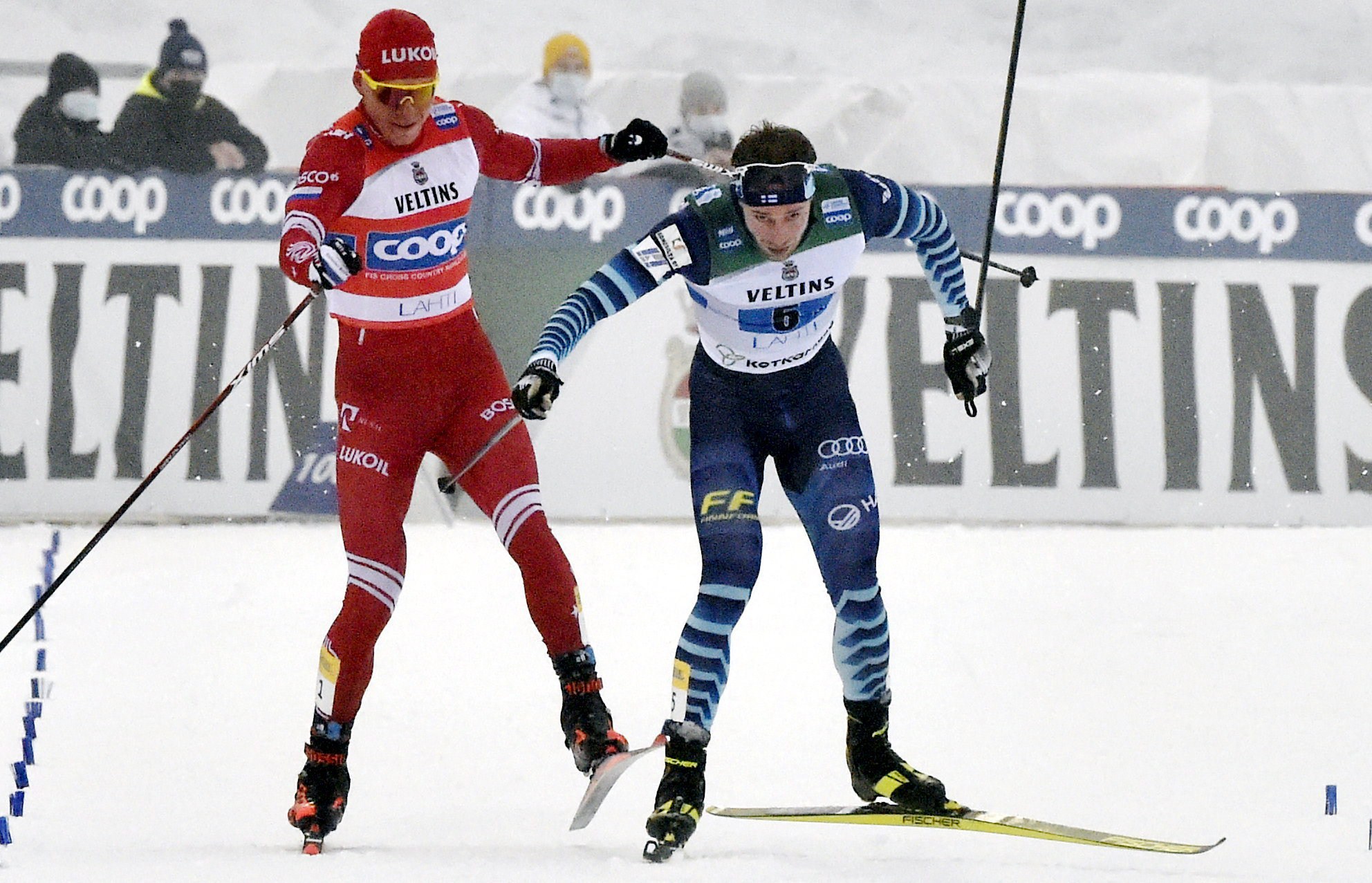 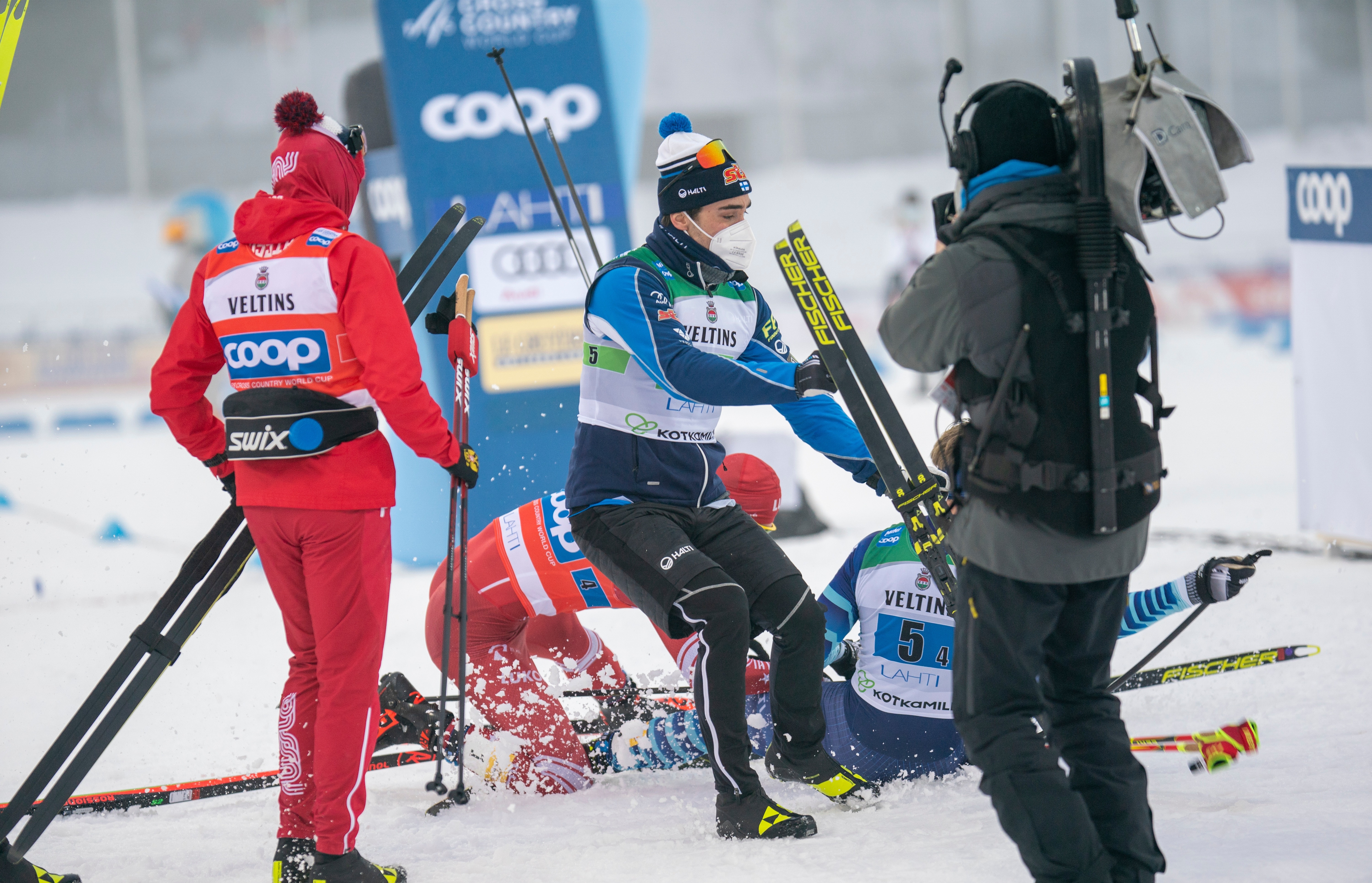 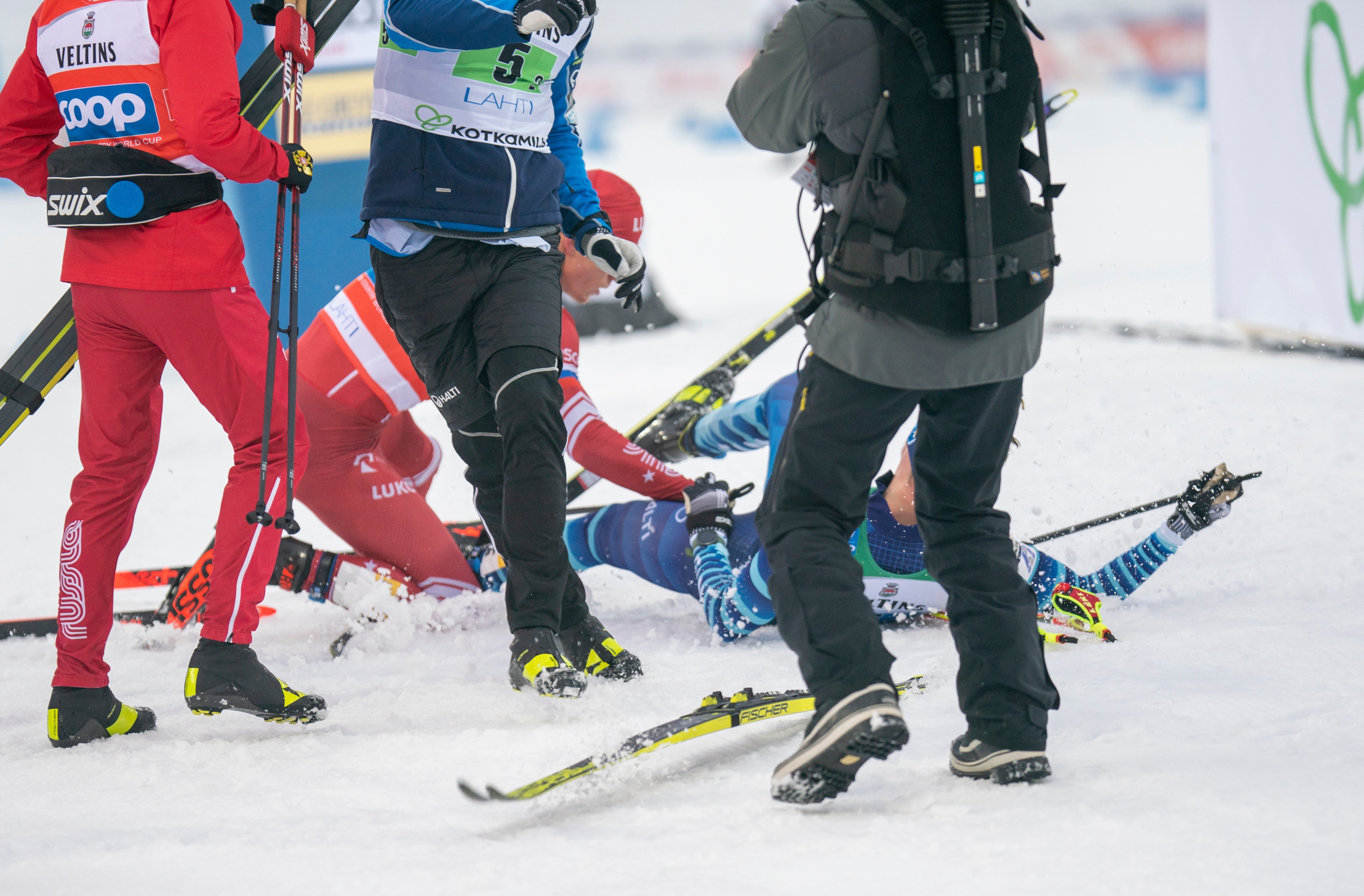 As the duo approached the finish line Bolshunov cynically tried to hit Maki's skis, but was unsuccessful.

However, that was just the start of their confrontation.

Once they crossed the line Bolshunov then deliberately smashed into his rival at speed, sending them both crashing to the floor.

A report on the FIS website confirmed the Russian first team had been disqualified as a result of the altercation.

It read: "Due to a tight situation in choosing the lines towards the finish, which triggered an unsportsmanlike behavior of Bolshunov against Maki, Bolshunov [was] disqualified and thus the entire Team Russia 1."

Russian media described Bolshunov as 'going crazy' following his conduct at the end of the race.

And one fan added: "When you are @san_sanych_bolshunov and you discover that @thenotoriousmma has lost the title, so you want to bring the MMA trophy to Russia and you start to fight whoever is nearby."

Despite Russia's disappointment, they did still pick up the bronze medal as their second team were promoted to third having originally finished in fourth place.

Norway eased to victory but perhaps the story of the day was the Finnish team who, on home soil, managed to finish on the podium in the men's relay for the first time ever.

Maki, Perttu Hyvarinen, Ristomatti Hakola and Iivo Niskanen all contributed to a history-making moment for Finland as they picked up the silver medal.