DAVID MOYES finally got one over Jurgen Klopp. And what a way to end Liverpool’s 25-match unbeaten run.

For the first time in eight attempts, the West Ham manager tasted a victory over the German coach. 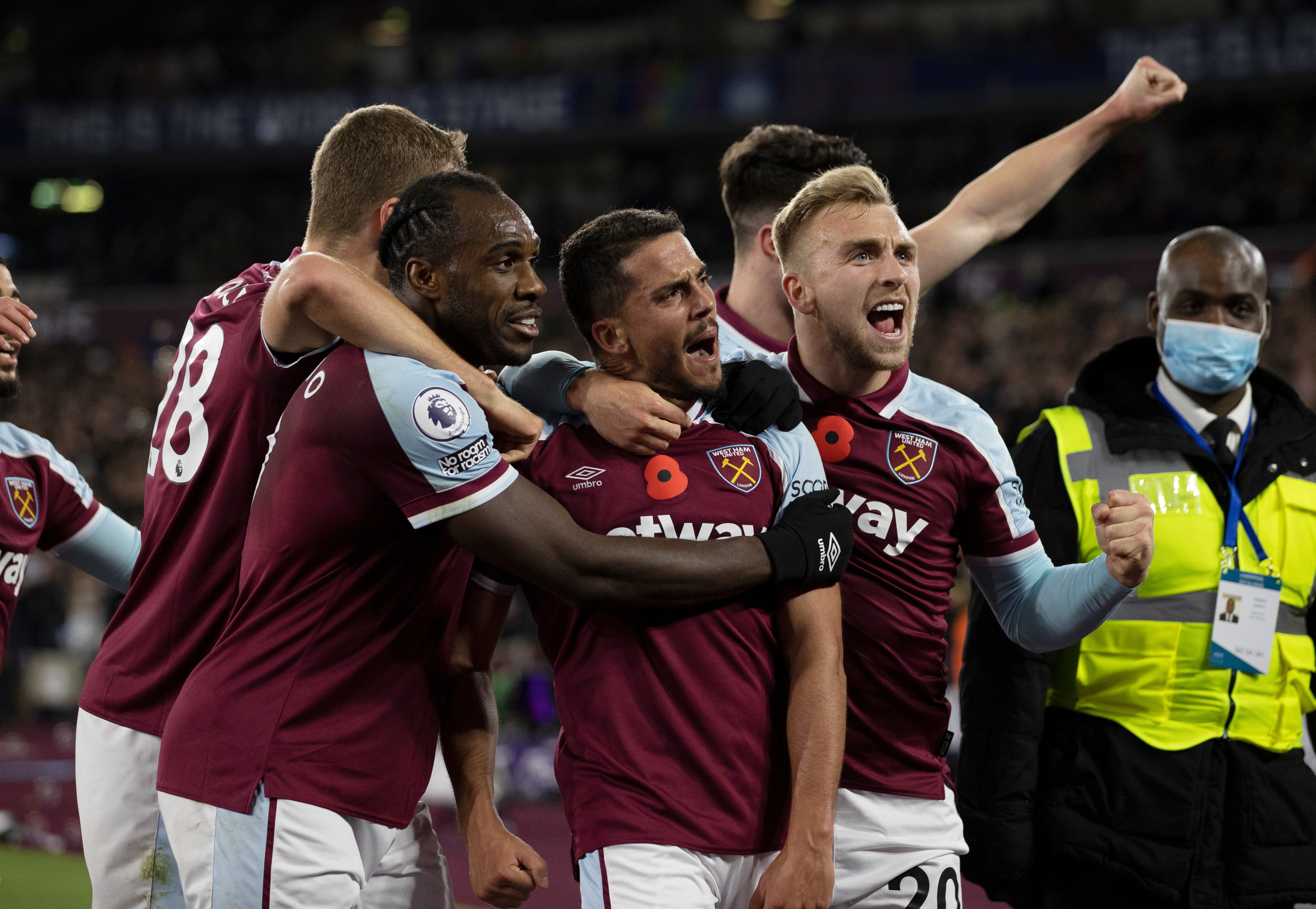 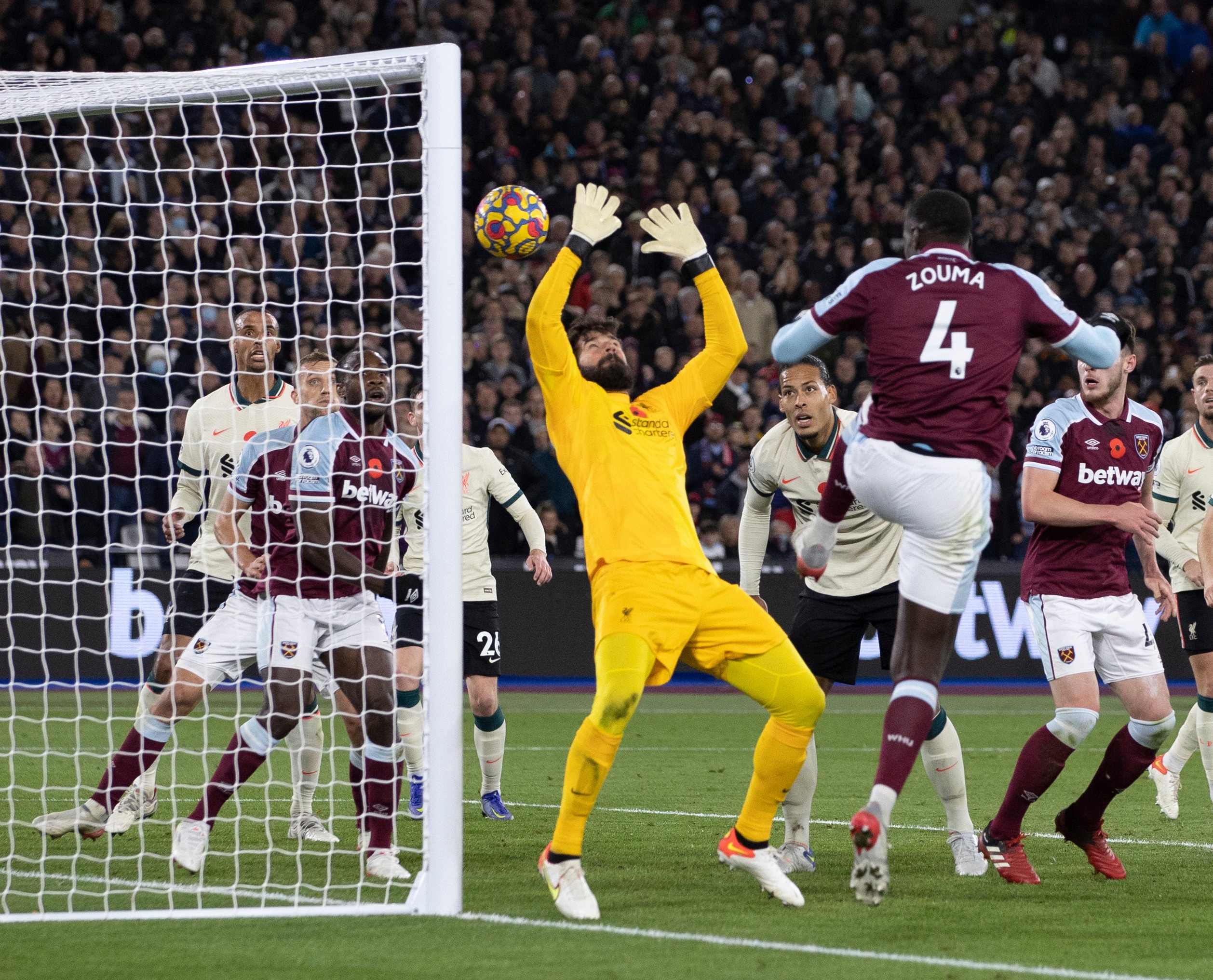 And what a fine and thoroughly deserved win it was for West Ham, who sent the Reds to their first loss since a 3-1 defeat to Real Madrid on April 6.

Alisson was Liverpool’s biggest culprit as he played a part in all three home goals. First, he deflected Pablo Fornals corner into the net for the first.

After a brilliant goal from Trent Alexander-Arnold, Liverpool were overrun in the second half and West Ham took command with goals from Fornals and Kurt Zouma capping another outstanding result for the Hammers.

Sub Divock Origi pulled one back for Liverpool to set up a tense finish.

For Liverpool, despite their unbeaten run – which matched the club record of 25 games in 1982 – they have managed just two Premier League wins in six.

In their first nine away games, Liverpool had scored 32 times which, for this level, is remarkable. It is the sort of thing you see from teams leading a Sunday League. 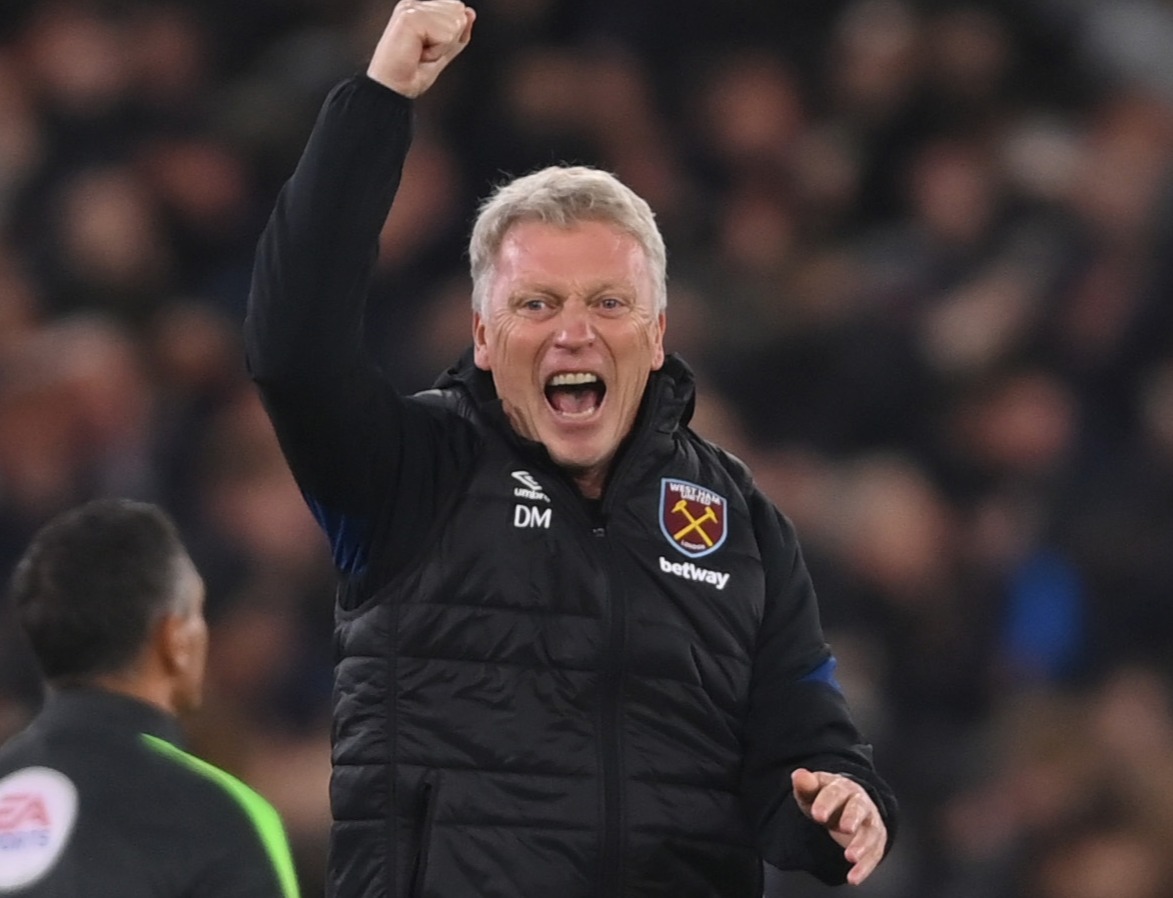 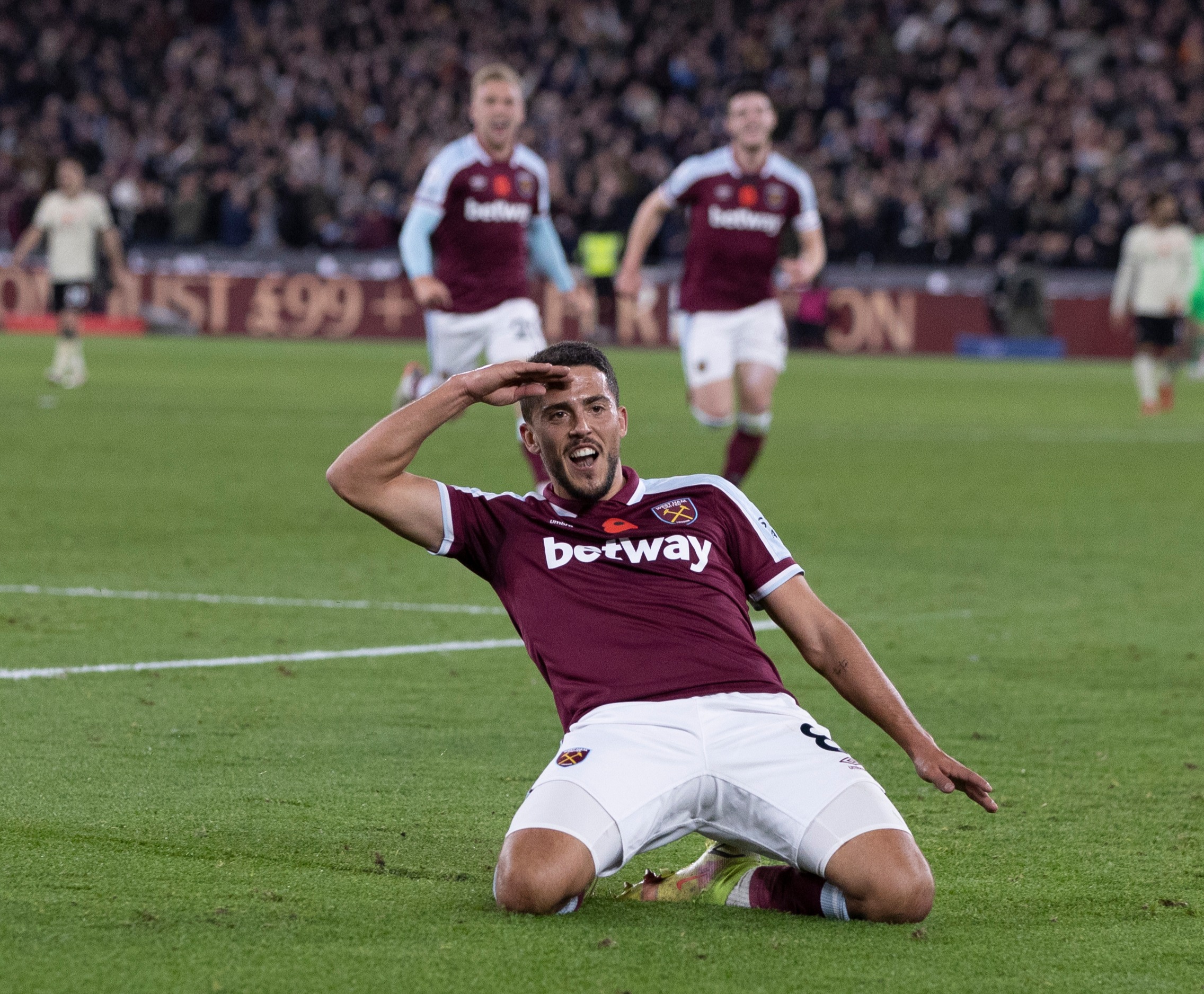 Yet West Ham took the lead in the third minute after Antonio won a corner by forcing Van Dijk into a block.

Fornals’ corner was perfect although Alisson, under minimal pressure. made a complete mess of the punch and the ball deflected off his hand into the net.

Antonio initially leaned into Alisson and Angelo Ogbonna challenged the Brazilian for the ball. Despite a VAR check for both a foul and handball, the goal was correctly given

A blow for West Ham was then the departure of Ogbonna, such an important player down the spine of their team. 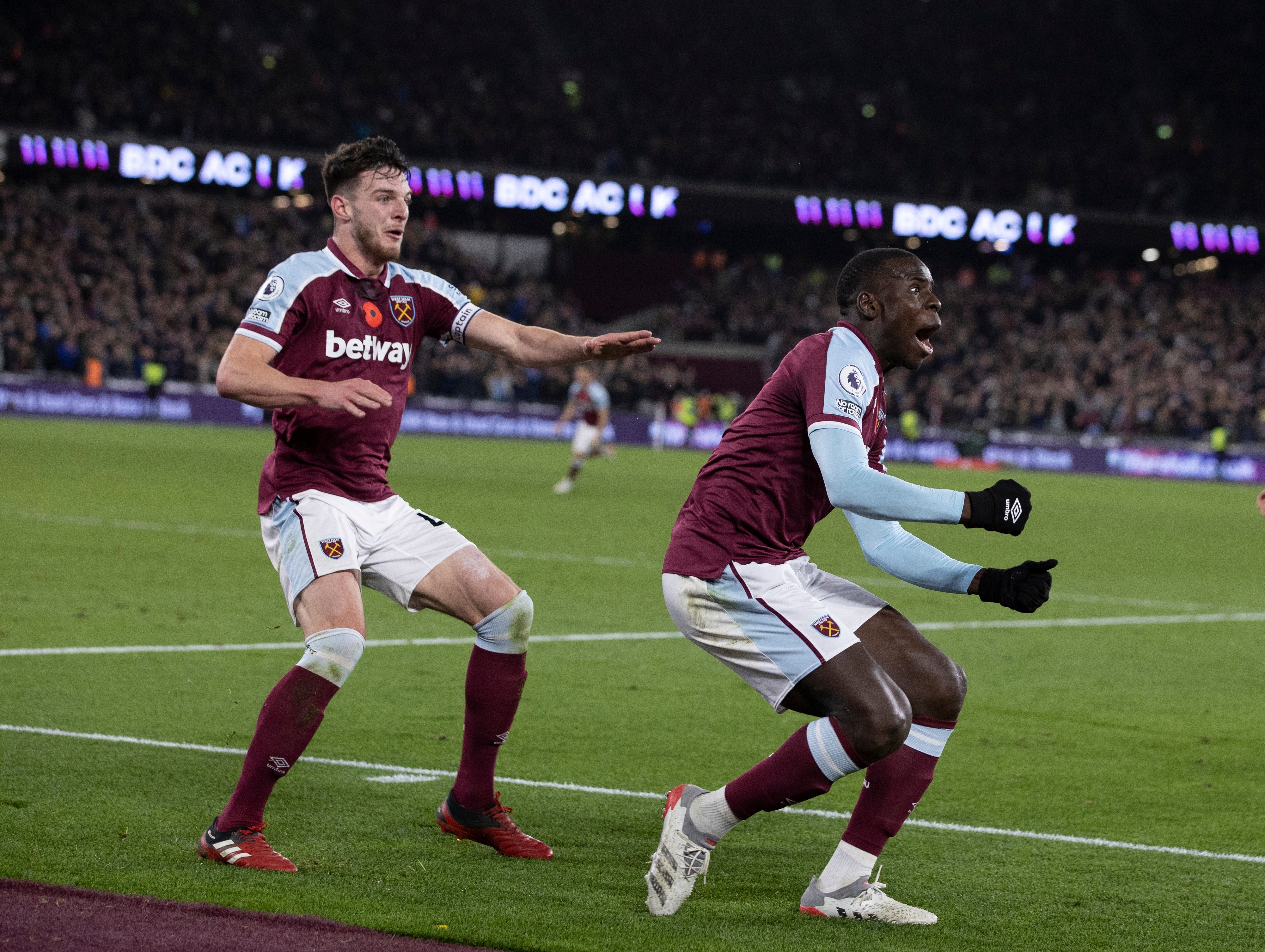 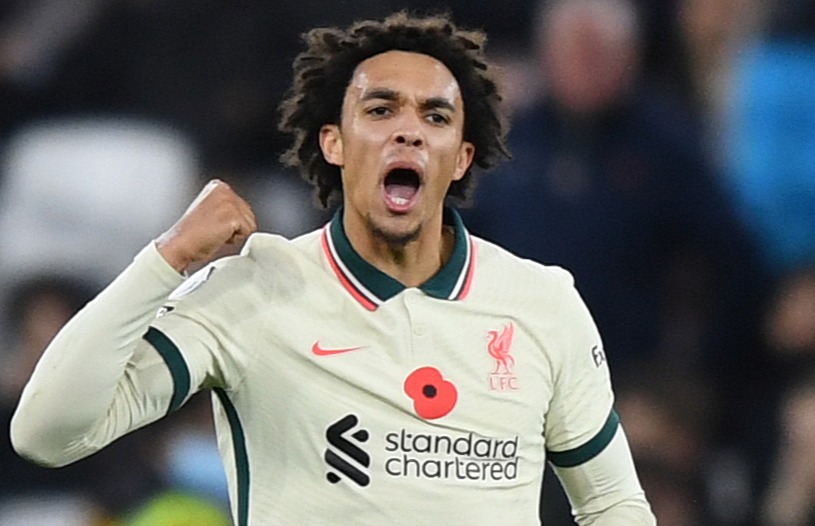 He needed treatment on a knee after falling awkwardly in a challenge with Mo Salah and then got hit in the face with Diogo Jota’s stray elbow.

While the knee injury looked nasty it was the eye issue which forced him off, with Craig Dawson replacing him.

Proving the point, in an area normally occupied by Ogbonna, Jota had plenty of space and he should have done much better but he steered Jordan Henderson’s cross over the bar.

Liverpool were showing few signs of menace up front and it needed a piece of brilliance from Alexander-Arnold to level. 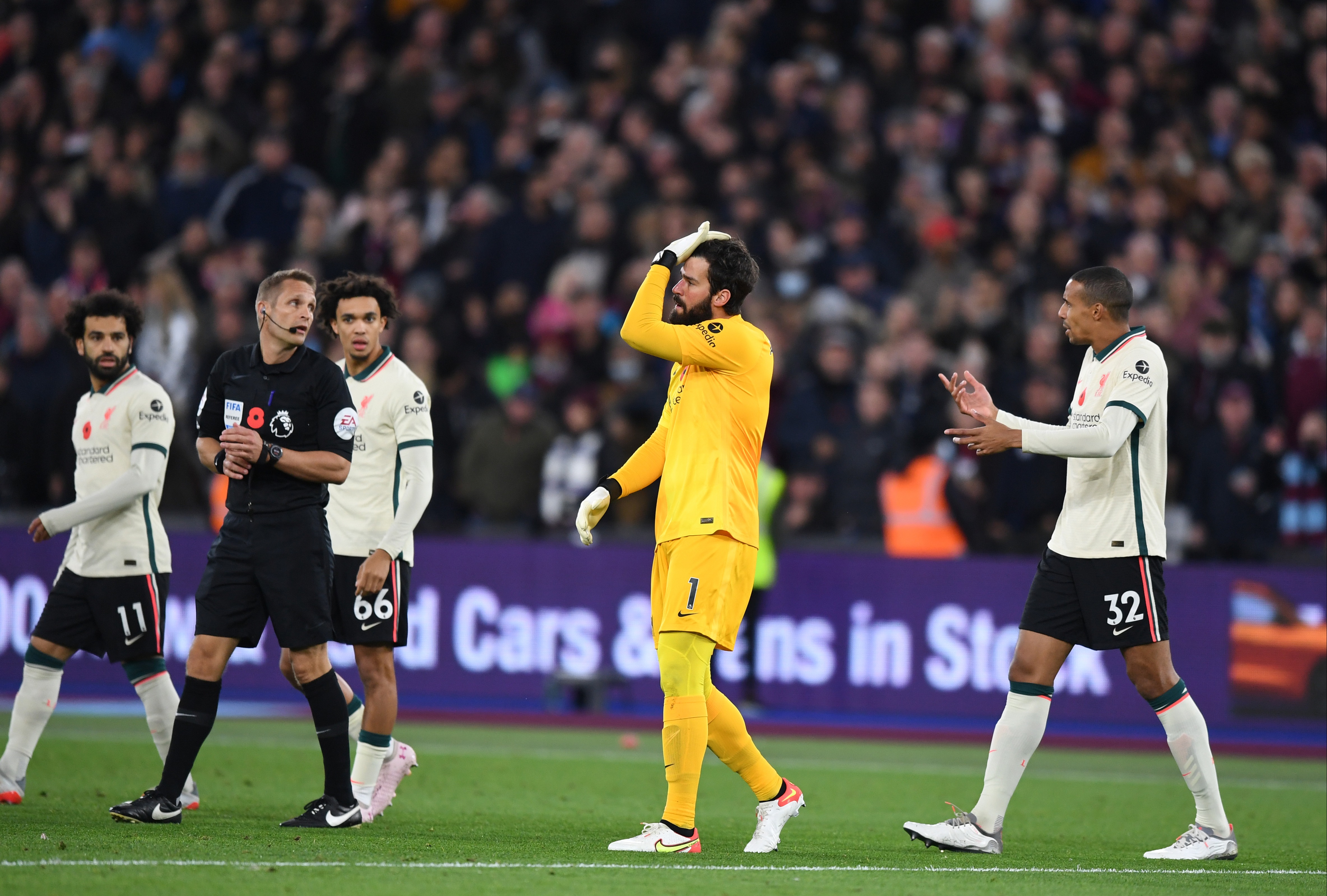 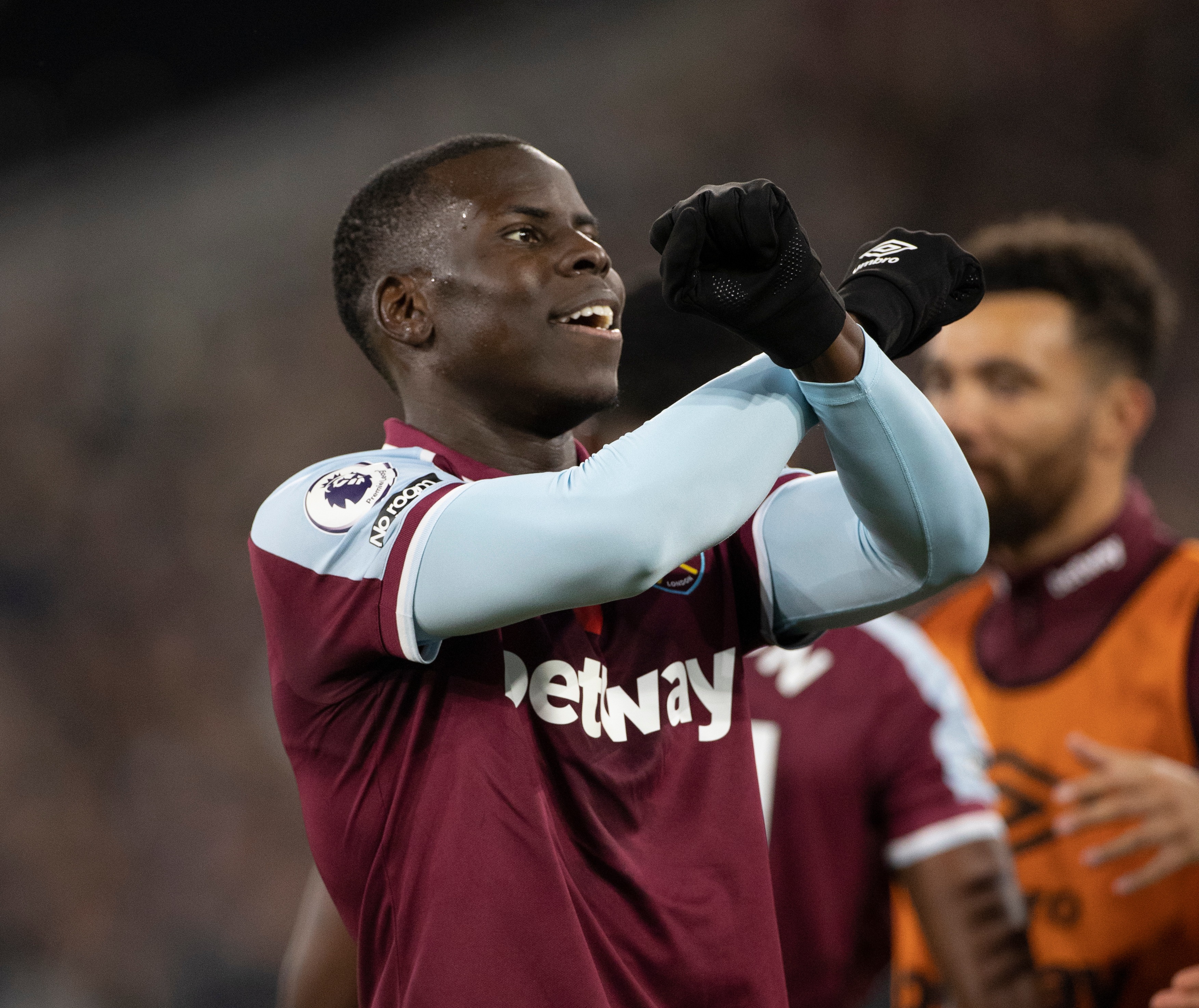 They won a slightly dubious free-kick with Salah throwing himself into the air after brushing with Declan Rice.

In a set-piece routine straight from the training ground, Alexander-Armold tapped the ball to Salah who returned the compliment and the England full-back delivered the sweetest of free-kicks over the West Ham wall.

West Ham were much better in the second half and were on the front foot, with Dawson sending another decent Fornals corner against the bar but Moyes’ side soon retook the lead.

He slipped the ball under Alisson, who should have done better.

Remarkably, with the London Stadium rocking, West Ham got their third. Alisson once again got nowhere near a corner from Bowen – although Alexander-Arnold was also ball-watching.

Zouma could not have had an easier far post header.

Divock Origi pulled one back with seven minutes left with a scruffy shot after turning Dawson.

But West Ham held out for the win which keeps them dreaming of the Champions League.