Where gender equality in elite Australian sport needs to get better

The number of women in top management roles and high performance jobs at some of Australia’s elite sporting organisations has dropped over the past financial year, however there have been vast improvements across the same bodies in other areas of gender equality. 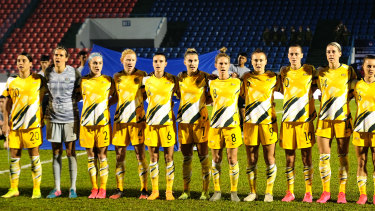 Women’s sport is on the rise, led by the Matildas, but there’s areas where gender equality in sport must improve. Credit:Getty Images

Analysis by the Champions of Change Coalition of 11 major Australian sporting organisations and six AFL clubs showed for example that, broadly, many boards had a greater gender balance in the 2019-20 financial year as compared to the previous one. There was also a sharp increase in promotion and public appearance opportunities afforded to women athletes in the same period.

However, only 30.8 per cent of key management personnel were women in these organisations (down from 38.2 per cent the previous year), while that figure was 33.8 per cent for women in high performance roles.

Tennis Australia is one of the better performing organisations when it comes to these measures, but chief executive Craig Tiley still wants to improve his sport in this area.

He says one reason for that is because such roles usually need people who can travel, and traditionally men have been more available to do this. Organisations need to make it easier for women to carry out these roles, Tiley said.

“We don’t have enough [women coaches], and nearly every sport doesn’t have enough. Do you create ‘buddy coaching’ systems where you have two coaches?” Tiley said.

“And you have got to improve pay. There should be no excuse for pay equity [in coaching]. 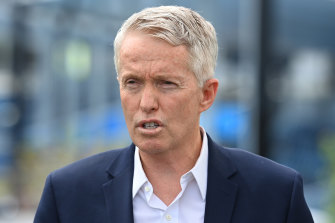 “In leadership roles, a potential woman leader comes under greater scrutiny than a male in my opinion. The argument always is ‘well the woman needs to prove herself’. Whereas the male is given a go.

“That is a cultural, and historically embedded in thinking. There’s a general perception that the woman is a higher risk at first opportunity given.”

“An area we need so much focus is on more women leading sport; CEOs of national sporting organisations and those senior roles [and in high performance coaching/staffing],” Ms Broderick said.

“The unequivocal research shows that greater levels of gender diversity at the senior levels of organisations – from the military to sport – leads to better performance of the organisations.

“Why? Because it is a greater diversity of thinking. It is a recognition that sport is about men and women, boys and girls. 50 per cent of those that play and enjoy sport are women.

“Greater levels of gender equality correlate with more innovation and just better levels of decision making all in all. And better culture.”

Almost 36 per cent of organisations surveyed have boards made up of 40 to 60 per cent women, up from just under 30 per cent last financial year.

Most sporting organisations have equal prize money for women or at least are working towards it, but the NRL and AFL are lagging behind in this respect. Prizemoney is set by those leagues and not the clubs.

“When our group [the Champions of Change Coalition] started reporting there were baseline gender equality issues like differences in access to facilities and travel policies that needed to be addressed to support men and women in high performance environments,” Western Bulldogs chief executive Ameet Bains said.

“We are pleased that there has been a significant improvement in these areas and we collectively continue to take the actions necessary to create the environments and pathways to attract more women into our teams, to retain the best talent and to grow and develop that talent into strong leaders.”