A WIGAN fan cheered his way out of Shrewsbury's ground in a wheelchair after he was injured amid goal celebrations.

Will Keane's 50th minute penalty put the Latics 2-0 up and helped seal their promotion as champions. 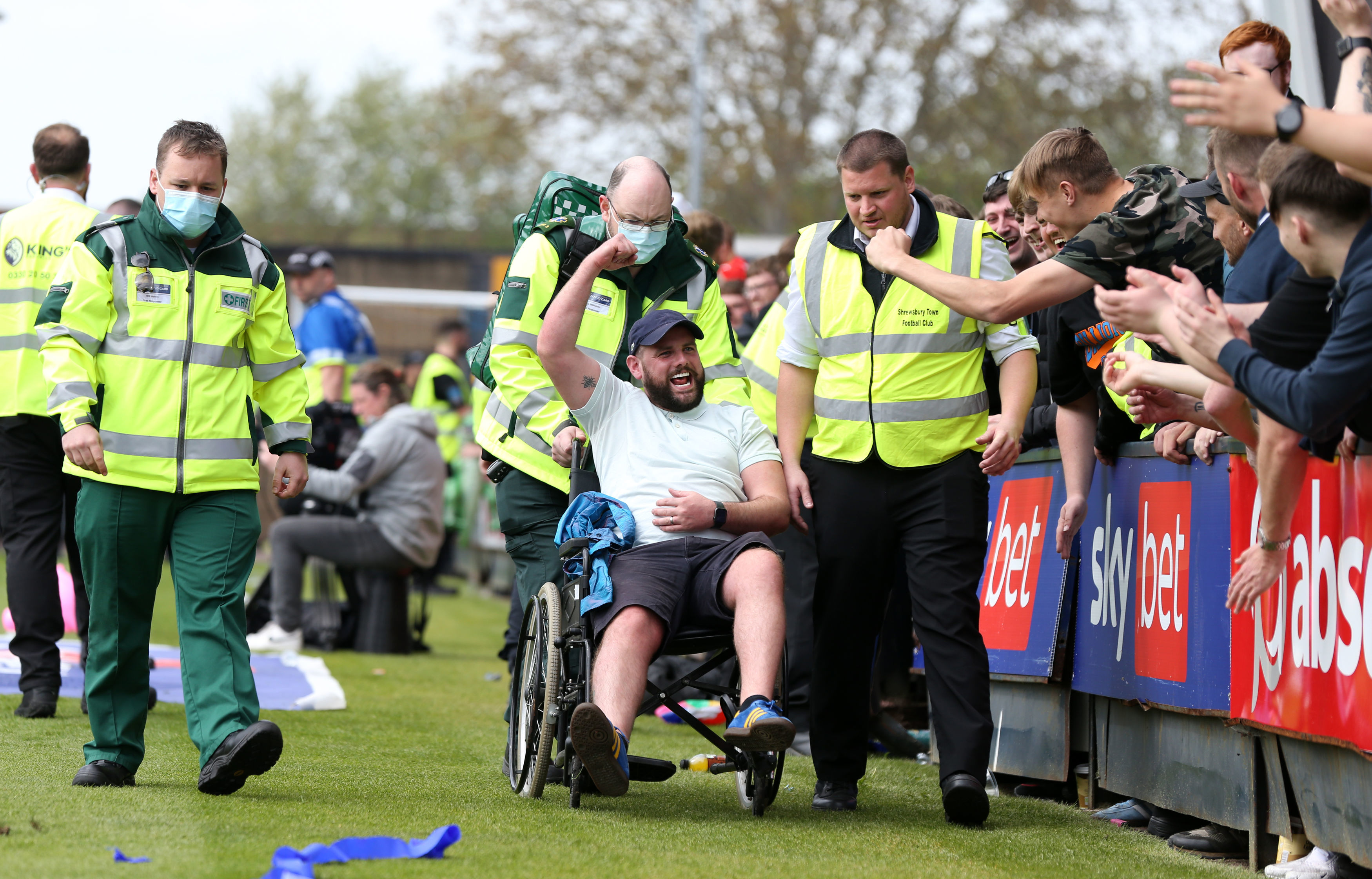 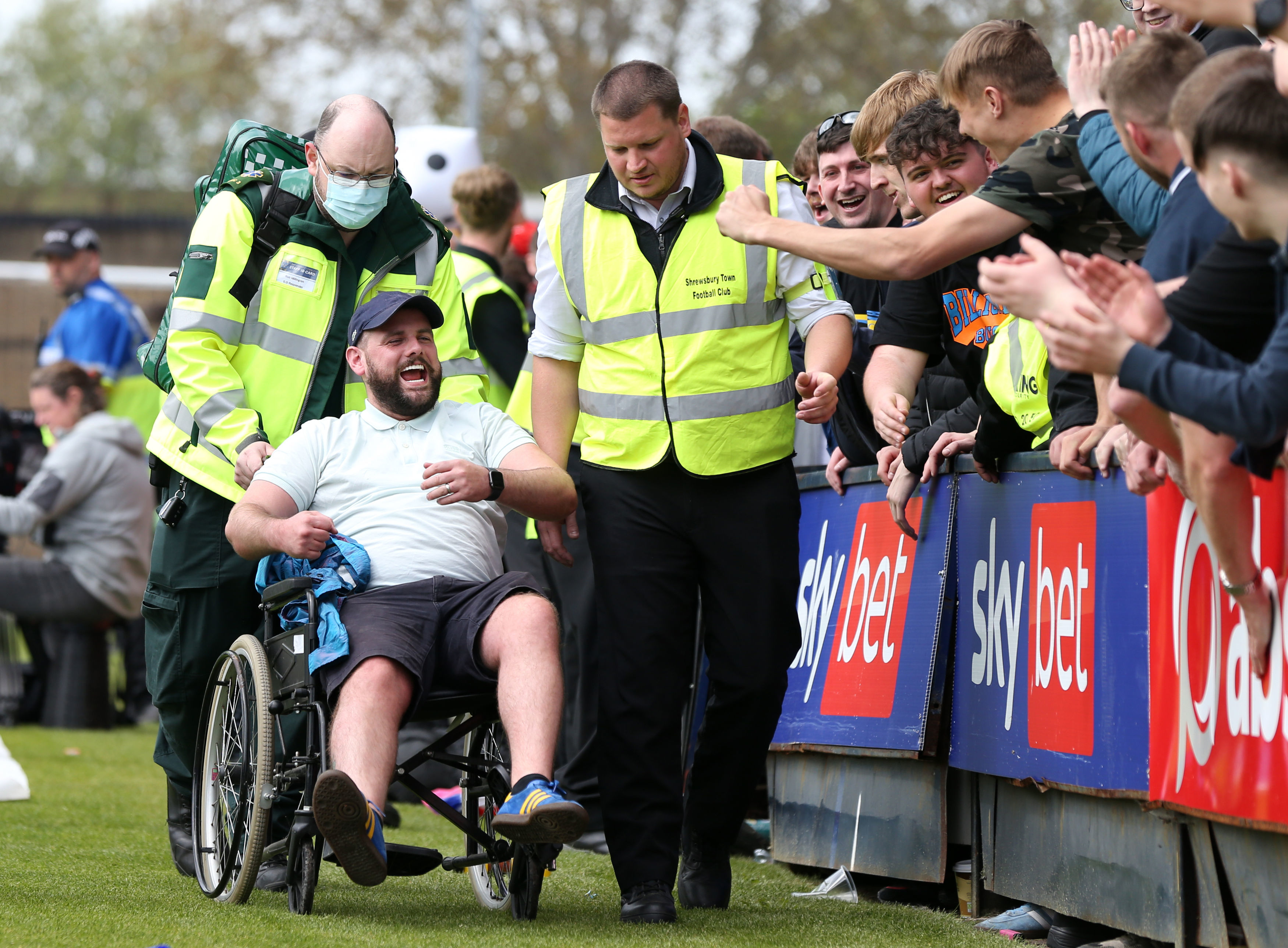 But the celebrations by excited fans led to the advertising hoardings collapsing at the away end at the Montgomery Waters Meadow.

A huddle of fans fell over the hoardings which led to the game being stopped for several minutes.

One fan, who was injured in the melee, was seen to by medical staff.

He then cheered to his fellow supporters as he was led away in a wheelchair.

William Hill betting offer: Get £30 in FREE BETS when you sign up and bet £10

Local reporter Lewis Cox also tweeted that a young Wigan fan was escorted to the corner where he "limped away with medics".

The worrying scenes at the away end marred an overwise glorious final day of the season for Wigan.

Their 3-0 win over Shrewsbury confirmed their promotion to the Championship as Champions on a frantic final day in League One.

An own goal by Josh Vela opened the scoring in the first half before two strikes by Keane made the scoreline more comfortable.

Most read in EFL

Alesha Dixon storms off Britain’s Got Talent during 'horrible' act

SCRUM OF THE OTHER?

Boris Becker is jailed for hiding his millions after 2017 bankruptcy

They will be promoted automatically alongside Rotherham, who won at Gillingham.

MK Dons have had to settle for play-offs despite crushing 10-man Plymouth 5-0.