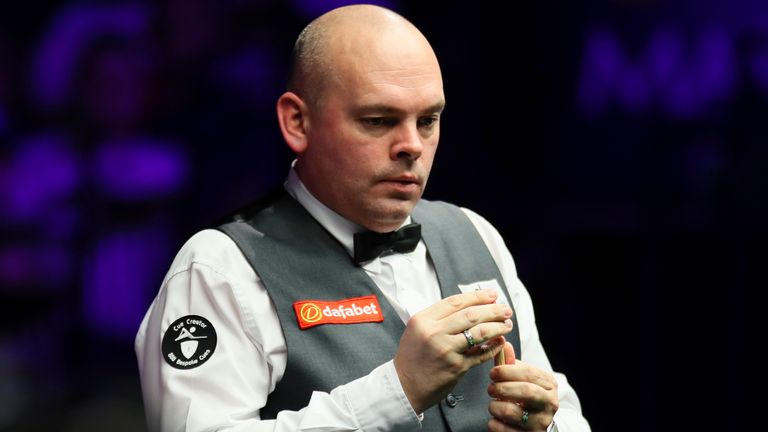 Former world champion Stuart Bingham booked his place back at the Crucible with a 10-5 win over Luca Brecel in the final qualifying round for this year’s tournament in Sheffield.

Bingham, who won the title in 2015, fired two 140 breaks in four frames as he sunk the Belgian, and he is relishing the prospect of going under the radar when the first round starts on Saturday.

Bingham said: “I remember being the hunted when I was world champion, and this year if I get to play the likes of Ronnie or Judd it’s like I’ve got nothing to lose, and I know if I play well I’ve got every chance.” Bingham was forced to win two matches in qualifying for the first time since 2011 as a result of dropping out of the top 16, and believes that could stand him in good stead going into the tournament.

“It’s going to be tough whoever I play because the top 16 are all there on merit, but I think these two games are going to help me be a bit sharp,” added Bingham. “I’ve been putting the hours in and it’s definitely paid off.”

Two-time finalist Ali Carter also booked his place in the first round with a 10-4 win over Alexander Ursenbacher, while former semi-finalists Gary Wilson and Ricky Walden beat Steven Hallworth and Ryan Day respectively.

For those on the move, we will have the Snooker & Pool season covered via our website skysports.com/more-sports, our app for mobile devices, or our Twitter account @skysportspool for latest news and reports.