1 dead, 3 injured after Missouri bridge collapses while under construction

One person is dead and three others are injured after a bridge that was under construction near Kansas City, Missouri, collapsed, authorities said.

Workers were pouring concrete on the bridge when it collapsed Wednesday afternoon, according to Clay County Sheriff’s Office spokesperson Sarah Boyd. 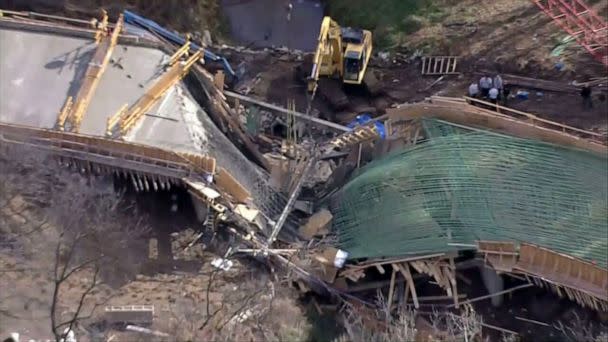 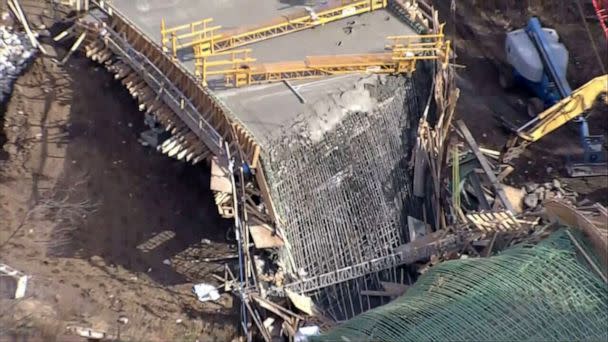 We’re on the scene of a bridge collapse at NE 148th St. and Shady Grove Road. There is one confirmed fatality and several with minor injuries. pic.twitter.com/RdfYmi4dLz

Three people were transported to the hospital, she said. Those hurt in the collapse suffered minor injuries, the sheriff’s office said. 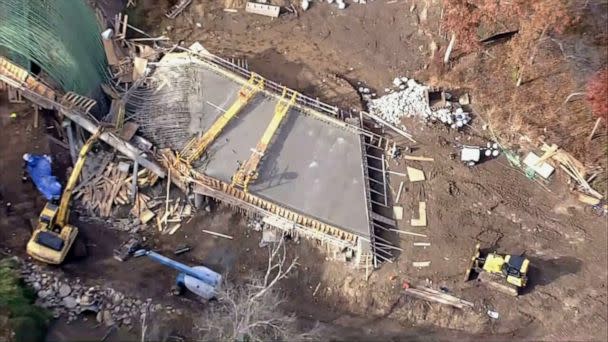 The deceased victim has not been publicly identified.

The bridge, which was not open to the public, spans Carroll Creek at Northeast 148th Street and Shady Grove Road in Washington Township, about 27 miles northeast of Kansas City.

1 dead, 3 injured after Missouri bridge collapses while under construction originally appeared on abcnews.go.com