The Psychae Institute, a collaboration between researchers from leading world universities, plans to advance clinical studies of psychedelics, such as psilocybin, the active ingredient found in “magic mushrooms”; MDMA, also known as ecstasy; and DMT, an ingredient in South American psychoactive brew ayahuasca. 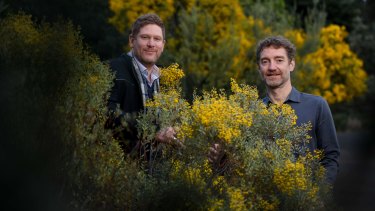 To be funded with an initial $40 million from an American biotechnical company and headquartered in Melbourne’s inner north, it aims to achieve drug registration with the Therapeutic Goods Administration (TGA) and equivalent overseas regulators.

A clinical trial of DMT would be an Australian first and world second. Psilocybin and MDMA have been studied to treat mental health conditions, such as depression and PTSD, in promising small clinical trials in Australia and overseas.

However, most have not progressed to phase three, and larger-scale trials are needed to prove their effectiveness.

Psychae Institute co-director adjunct associate professor Daniel Perkins, from Swinburne University and the University of Melbourne, said it was hoped collaboration between leading global psychedelic researchers would speed up the process.

“[We’re] moving towards this same goal of progressing these substances to registered medicines versus just one university doing it by itself, with a [limited] number of staff and … resources,” he said.

“There’s a lot of people where [pharmaceutical drugs] don’t work very well, if at all, or they have significant side effects. There’s a desperate need for new types of treatments.”

Collaborators include renowned Professor David Nutt from Imperial College London and three researchers behind St Vincent Hospital in Melbourne’s psilocybin trial, the first in the country to recruit participants.

Professor Perkins, who was previously the director of the Victorian health department’s Office of Medicinal Cannabis, said Australia was the perfect place to progress the clinical trials as it required regulator notifications rather than approvals, unlike many other countries including the US. Trials do need sign-off from an ethics committee.

The institute will also oversee clinical studies in the UK, Canada, Europe and Brazil. Psychedelic medicine development has begun with local pharmaceutical manufacturers and trials are expected to begin in early 2022.

Co-director Professor Jerome Sarris, from Westmead’s NICM Health Research Institute, said their research, including on optimal pre- and post-treatment care, would give new hope and more options to millions of Australians.

“Our work has the potential to change lives,” he said.

The co-directors have been researching ayahuasca as part of a team at the University of Melbourne, which released a paper earlier this week that found it was associated with a decrease in self-reported alcohol and other drug use.

The work comes from the Global Ayahuasca Project, an observational study of about 10,000 ayahuasca drinkers from around the world that also found an almost 80 per cent improvement in diagnosed depression symptoms. It’s hoped the medicine can help treat trauma. 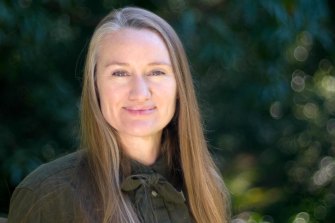 Kevani Moynihan says her life was transformed after taking the psychedelic drug ayshuasca.

An Australian Medical Association submission to the TGA regarding a proposal to reclassify MDMA and psilocybin as less risky recognised that research had been positive, but that more larger-scale studies were needed before they could be prescribed more widely. An interim decision by the regulator rejected the bid led by not-for-profit organisation Mind Medicine Australia.

Professor Perkins said some mentally ill people were resorting to using black market psilocybin or flying overseas to take ayahuasca in non-clinical settings, which could be dangerous.

The now 42-year-old said withdrawal from medication left her with muscles twitching, a stutter and auditory and visual disturbances. She set a date to end her life if she didn’t improve.

“I just felt devastated about … the western psychiatric system,” she said. “I was exhausted from battling through every day.”

Ms Moynihan, who now lives in Murwillumbah, in NSW’s Northern Rivers, said ayahuasca stopped her withdrawal syndrome side effects and she now lives a stable life.

However, she warned against travelling to South America to take ayahuasca due to cowboy operators and said evidence-backed treatment centres offering the drug were needed in Australia.

“It’s not a miracle cure. You still have to work through things,” she said.

“You’re going to go to realms you’ve never been to. You’re there to delve into the darker side of yourself, the things that you’re wanting to heal from. You’ll need your hand held.”

The initial funding, a large amount for this area of medicine, will be delivered over five years. Future sources are hoped to include philanthropic donations, private investment and government funding, including from a $15 million grant round announced in March by the federal government.

Other collaborators come from King’s College, UK; Federal University of Rio Grande do Norte, Brazil; University Hospital of Psychiatry, Zurich, University of Toronto and the Burnet Institute, Penington Institute and Florey Institute of Neuroscience and Mental Health in Melbourne.